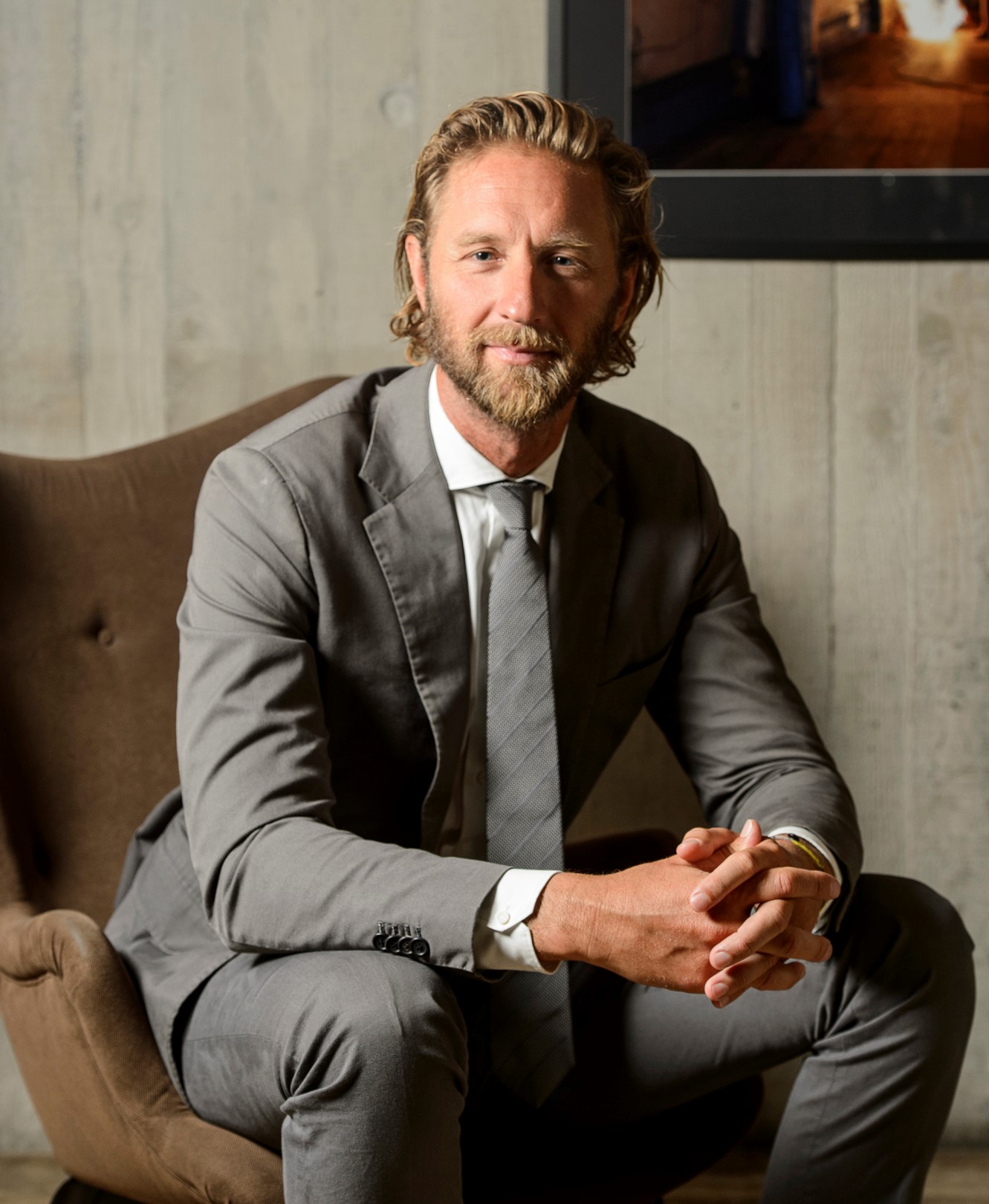 The tsar of bars

Raised in a pioneering fashion family, Justin Hemmes has reshaped Sydney’s dining scene- and at 70 venues and counting, shows no signs of slowing down.

It’s a stifling summer afternoon in Sydney and the city is in a heat-induced torpor. The venues that comprise the Ivy dining and entertainment complex are filled with suits and business types, but it’s languid lassitude rather than hectic hedonism that pervades. Ice cream quickly puddles on the dessert plates at Ash St. Cellar; water, not wine, is being served by the sommelier at French fine-dining restaurant Felix; chairs and belt notches are scraping outwards as the afternoon descends into inertia and indolence. But upstairs in the office of Justin Hemmes, overlooking this precinct that is part of his multi-million-dollar Merivale empire of more than 70 venues across Sydney, it’s an entirely different story.

The chief executive officer of his family’s Merivale group bounces in fresh and energetic in a casual open-neck blue shirt and chinos, with a deep tan and designer stubble accentuating his leonine features and build. Around one million visitors a month frequent Hemmes’ Merivale Group venues in Sydney, including the Coogee Pavilion, Establishment and the Ivy (the latter, home to Ash St. Cellar and Felix). He’s just opened four more, including Fred’s and Charlie Parker’s in inner-east Paddington, The Newport (on the northern beaches), and has added a further swathe of planned refurbishments and restorations to an empire that already employs around 3000 people.

If anyone should be feeling the heat, it’s Hemmes. Not so.

“I tend to have a habit of opening things just before Christmas, much to my senior management’s disdain,” he laughs, easing back into a leather designer chair at the helm of his boardroom table with views overlooking the city skyline.

“But trading-wise, it’s certainly always the most exciting and busy time. Business for me is pleasure.” 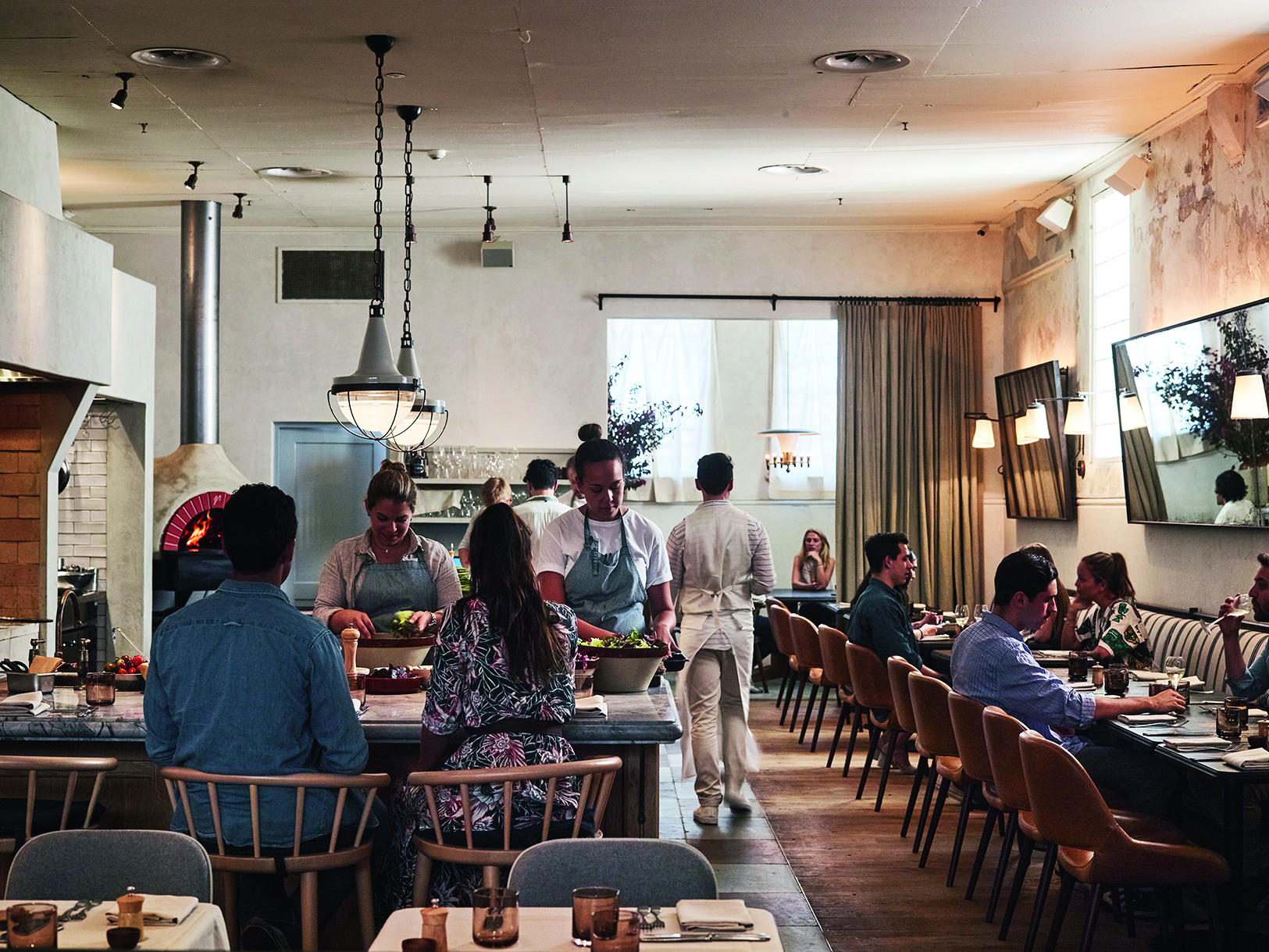 Even this poised and relaxed multimillionaire has to admit he’s been particularly bullish of late. In December 2016, Merivale Group opened the Queens Hotel in the inner-Sydney suburb of Enmore, purchased (for $37.5 million) the traditional Tennyson Hotel near Sydney Airport, and in the coming months would look to open The Alex in nearby Alexandria, a new level of the Coogee Pavilion and a second phase of The Newport.

“It’s just a formula of our resources and the timings of purchase and opportunities that arise … It’s a combination of those elements and I think we may be getting better at it. We are in a good rhythm at the moment and we have a great team, and that just makes it easier to deliver.”

What the Merivale group has delivered since it opened its first restaurant in Potts Point in the early ’90s is a fundamental shift in the way Sydney drinks, dines, plays and stays. Where Sydney was once home to beer barns, testosterone and pub rock, Hemmes saw the potential for more aspirational venues offering cool tunes, cocktails, clever design and good food, pitched to cultured pleasure-seekers that
included women as well as men. 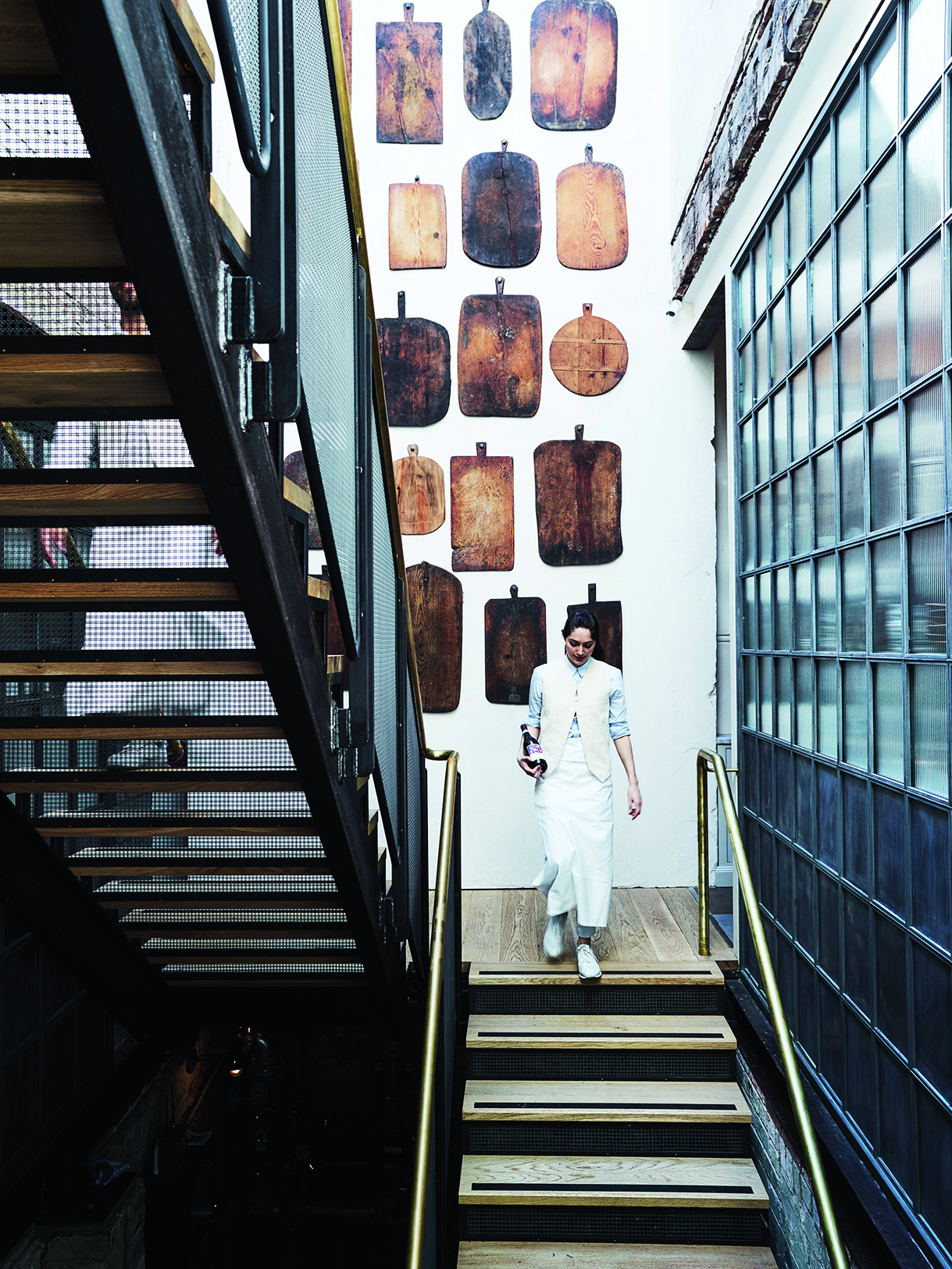 “I was fortunate enough to travel at an early age, and that opened my eyes to another way of experiencing food and beverage to what was happening in Australia,” says Hemmes.

“I wanted to bring that to Sydney so people could enjoy interesting music, good food and uplifting conversation in surroundings that were full of life, excitement and sharing.”

That was certainly the case for Hemmes growing up, when he enjoyed an idyllic bohemian childhood with his sister Bettina as the son and daughter of John and Merivale Hemmes, who ran the pioneering and uber-hip House of Merivale boutiques in the ’60s in Sydney, Melbourne and Canberra. Modelled on cool London stores of the Swinging Sixties, the House of Merivale introduced “modern clothes for people with a zest for life” and a new concept for fashion retail in Australia. Mick Jagger, Barry White and Liza Minnelli were among the celebrity customers of the stores that became a cultural phenomenon as the place to go for the latest trends in music, fashion and makeup.

“It was all about creating this wonderful environment for a customer to come into, to buy a beautiful gown and to walk out and feel like their life was better and more exciting. That’s the same business model we use now, but with food and beverage,” says Hemmes.

As the fashion side of the business later began to wane, it shifted to hospitality with the opening of Merivale restaurant in Potts Point. John and Merivale turned their attention to expanding that side of the Merivale Group in tandem with Justin and Bettina. The two siblings continue to operate it in line with their parents’ founding principles, although John passed away in 2015 after a lengthy battle with cancer.

“Mum and Dad instilled in us a passion and zest for life, and taught us not to be afraid to try something different,” says Hemmes. 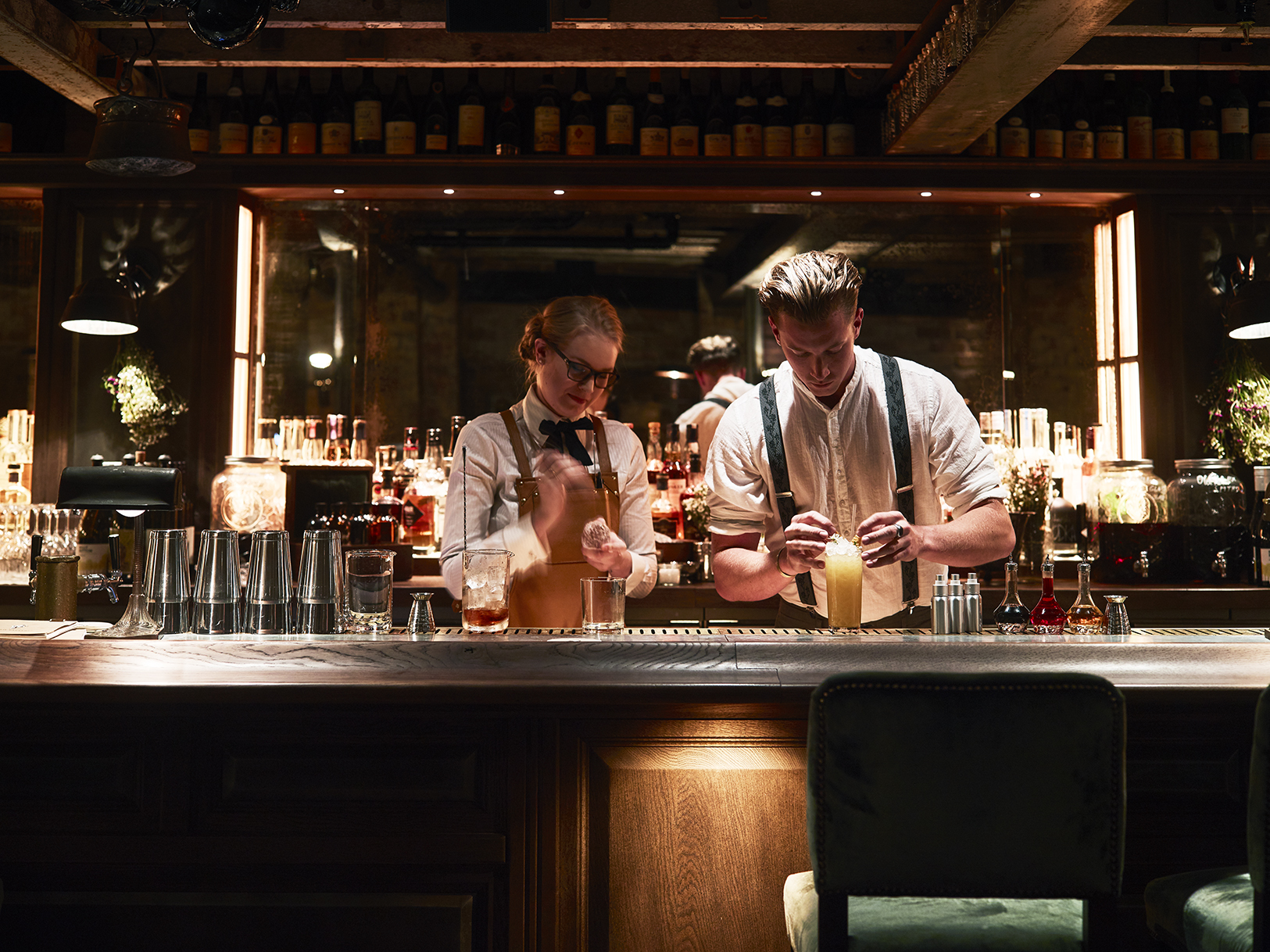 The 44-year-old has grown into a shrewd businessman, renowned for an unerring instinct for scouting talent and properties, holding staff to exacting standards, and rewarding them with lavish overseas trips and other glamorous perks. But he admits his first foray into business was an unmitigated disaster.

“Shares!” he sighs, cradling his head in his hands.

Hemmes was 17 when some friends introduced him to playing the stock market, and he quickly caught the bug.

“Somehow I ended up getting a Reuters screen – back then you could geta Reuters screen set up in your office – and I was buying and selling shares and it just turned into a colossal mess,” he says.

“Here I was, thinking that it was easy to make a buck, and I think my dad knew that it would be a disaster – but he let it happen, just to teach me a lesson. When it all went to shit, he really came down on me and that was the last time I touched shares,” he chuckles.

“I felt so bad for losing my parents’ money, but it was the most valuable lesson to learn at an early age that there is no such thing as fast money, and in the long run I’ve never looked back.” 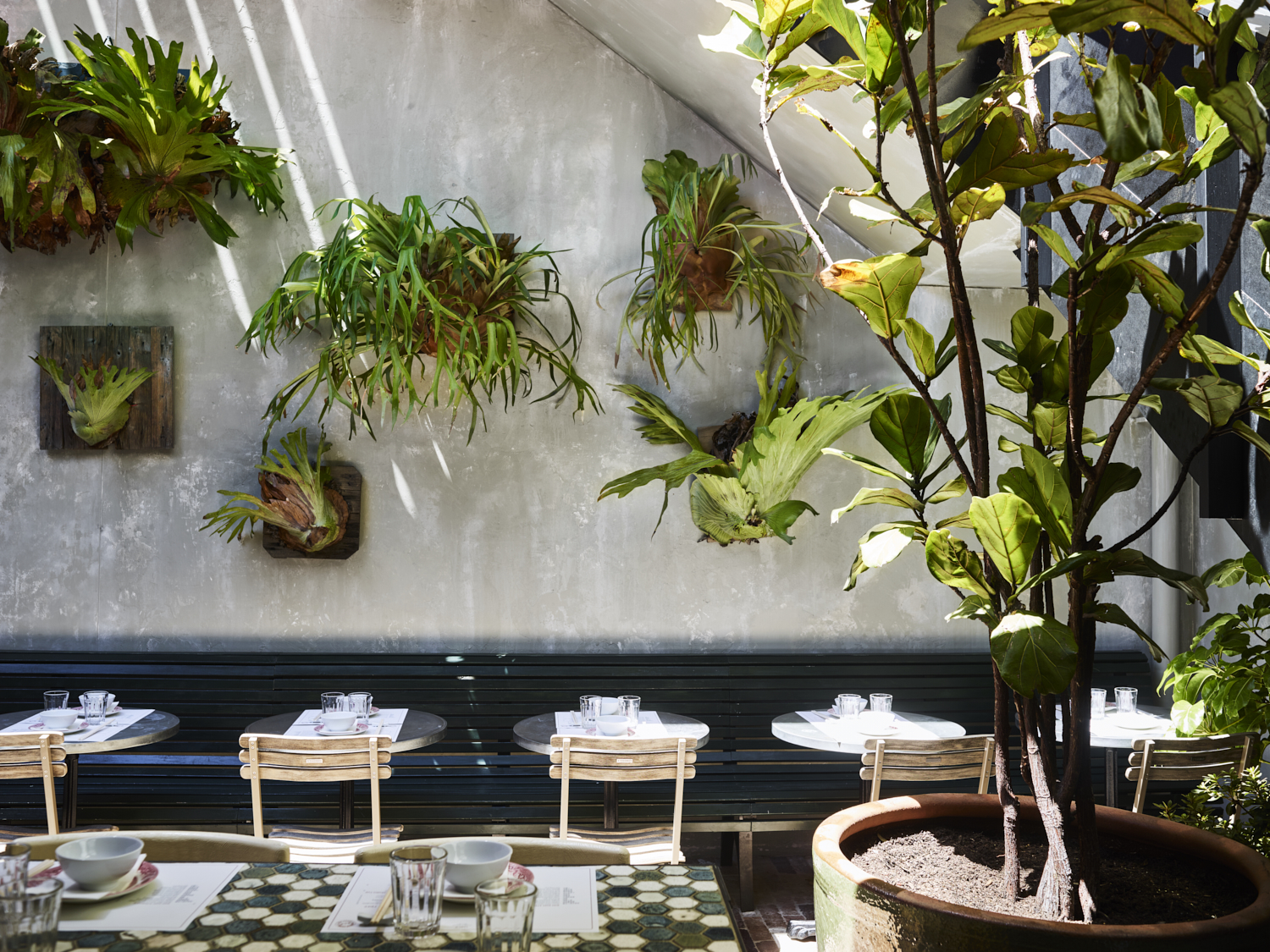 That fierce work ethic continues to drive Hemmes today in a business that straddles hospitality and property development by acquiring, then re-imagining venues to improve their value. A regular at Australia’s most glamorous parties and fundraisers – many at his own venues – Hemmes is as comfortable in a hard hat on a building site as in a tuxedo at a black tie dinner. They’re both parts of a handson approach to business that includes scouting every new property himself.

“When I walk into a property, I just have a gut feeling and know instantly if I can do something wonderful with that building or not.”

While he started in the family business as a dish-hand and waiter at Merivale restaurant in Potts Point, it was not until he worked for two years on a construction site that he discovered his love of property. 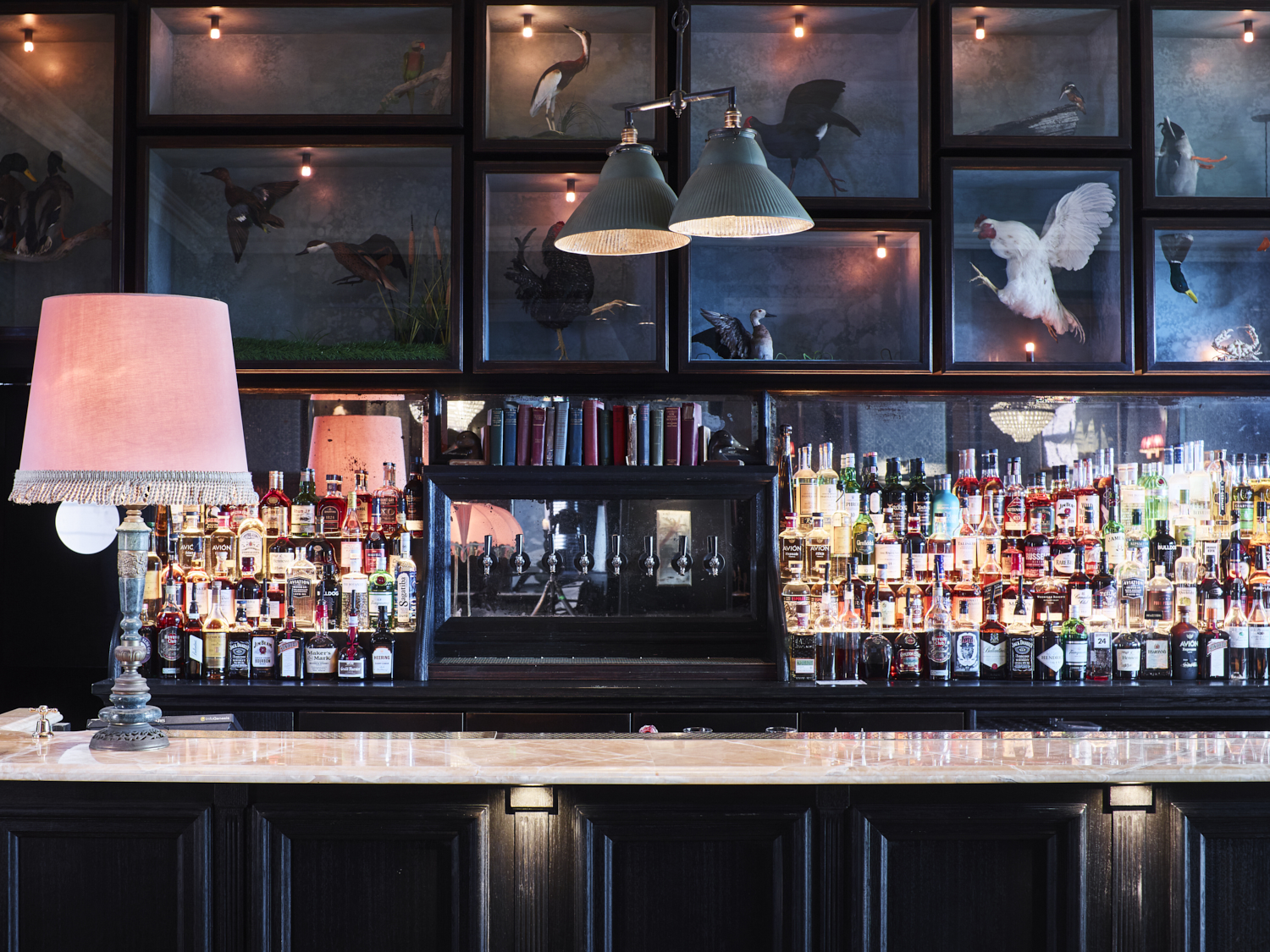 “An opportunity came up with one of the developments that mum and dad were doing in the city and I went and worked as a brickie’s labourer,” he says.

“It was only going to be two weeks, but I just fell in love with construction and everything that makes a building come to life in terms of the structure, the electricals, the plumbing and the craftsmanship.”

His focus on the details extends to tasting the cocktails and dishes for every new venue, where he is usually on site up to 14 hours a day in the lead-up to an opening, as well as eyeballing the figures coming in each day for every single shift at all 70 of his venues.

“The way we run the business is that we lead from the top, and to lead by example you need to know the detail of every job as well as, if not better than, the person you are expecting to take it on. That’s something I learned from Mum and Dad.”

Hemmes is now a father himself, to daughter Alexa, whom he welcomed into the world with his partner Kate Fowler in November 2015.

“It’s the next step in the evolution of life for me,” says the man who was once described by CNN as Sydney’s ultimate playboy. His past is one of youthful hedonism filled with beautiful girlfriends, fast cars and close calls, including once flipping his speedboat on Sydney Harbour. These days you’re more likely to find him unwinding at home with his family in Vaucluse, or at Glasshouse Rocks, their reported $7.5 million, 60-hectare seaside property near Narooma, on NSW’s far south coast. There, he indulges his passion for outdoor pursuits including free diving, windsurfing, mountain bike riding and spear fishing.

“Anything with a bit of action involved,” he says. “If we go away for the weekend, I make it my necessity to go spear fishing, to catch the food we will eat. We often don’t bring anything with us, so that I am forced to forage for whatever is in the ocean; whiting, abalone, trevally, lobsters and flathead …I’ll catch it all.”

In pleasure as well as business, for Hemmes the thrill of the chase is as enjoyable as savouring the spoils.