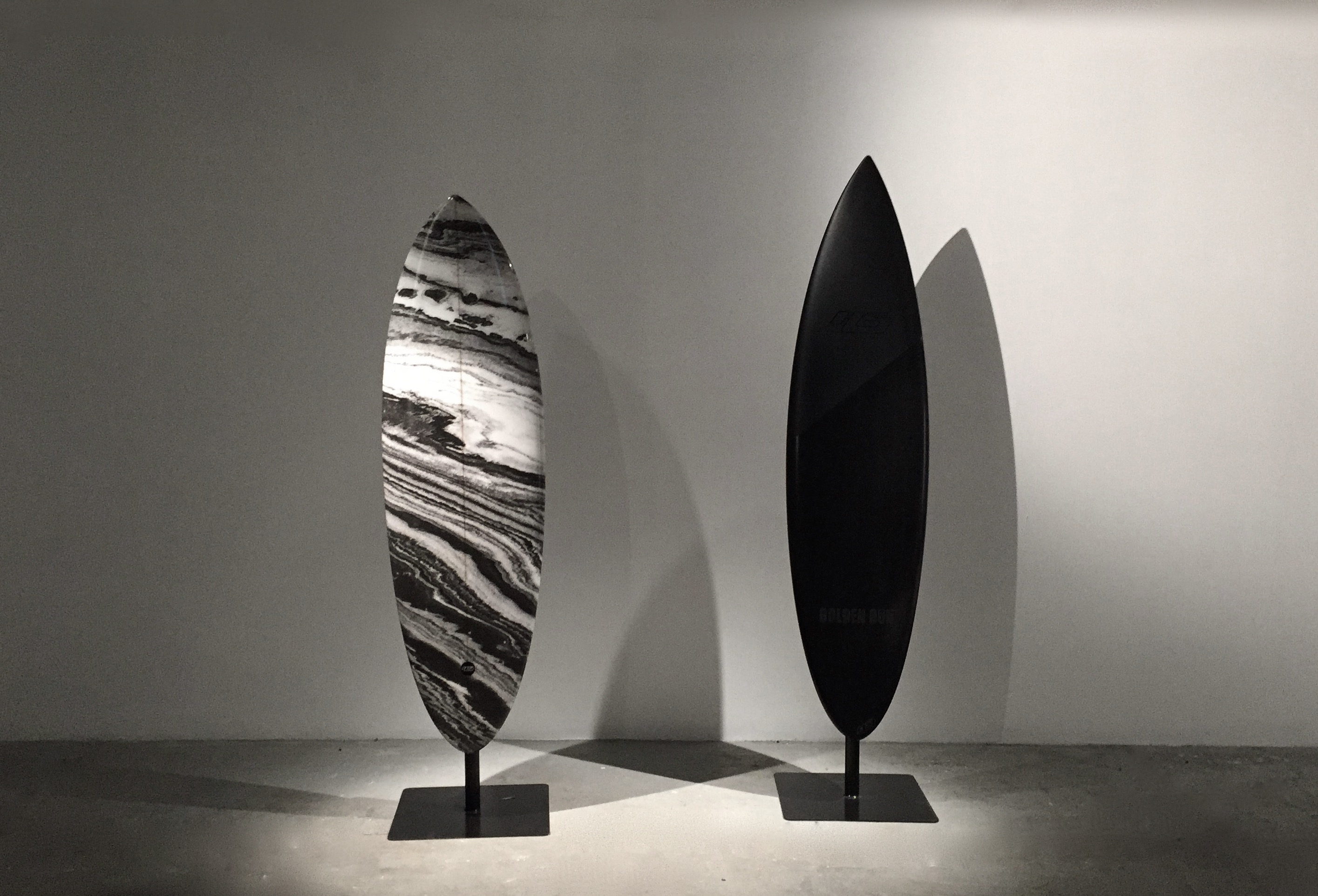 Surfers around the world lust after boards shaped by a savvy entrepreneur and craftsman from Sydney’s northern beaches.

A surfboard that not long ago spent several weeks being carved and shaped in the Sydney factory of Haydenshapes (haydenshapes.com) is now carving through 2.5-metre waves off the coast of Hawaii. 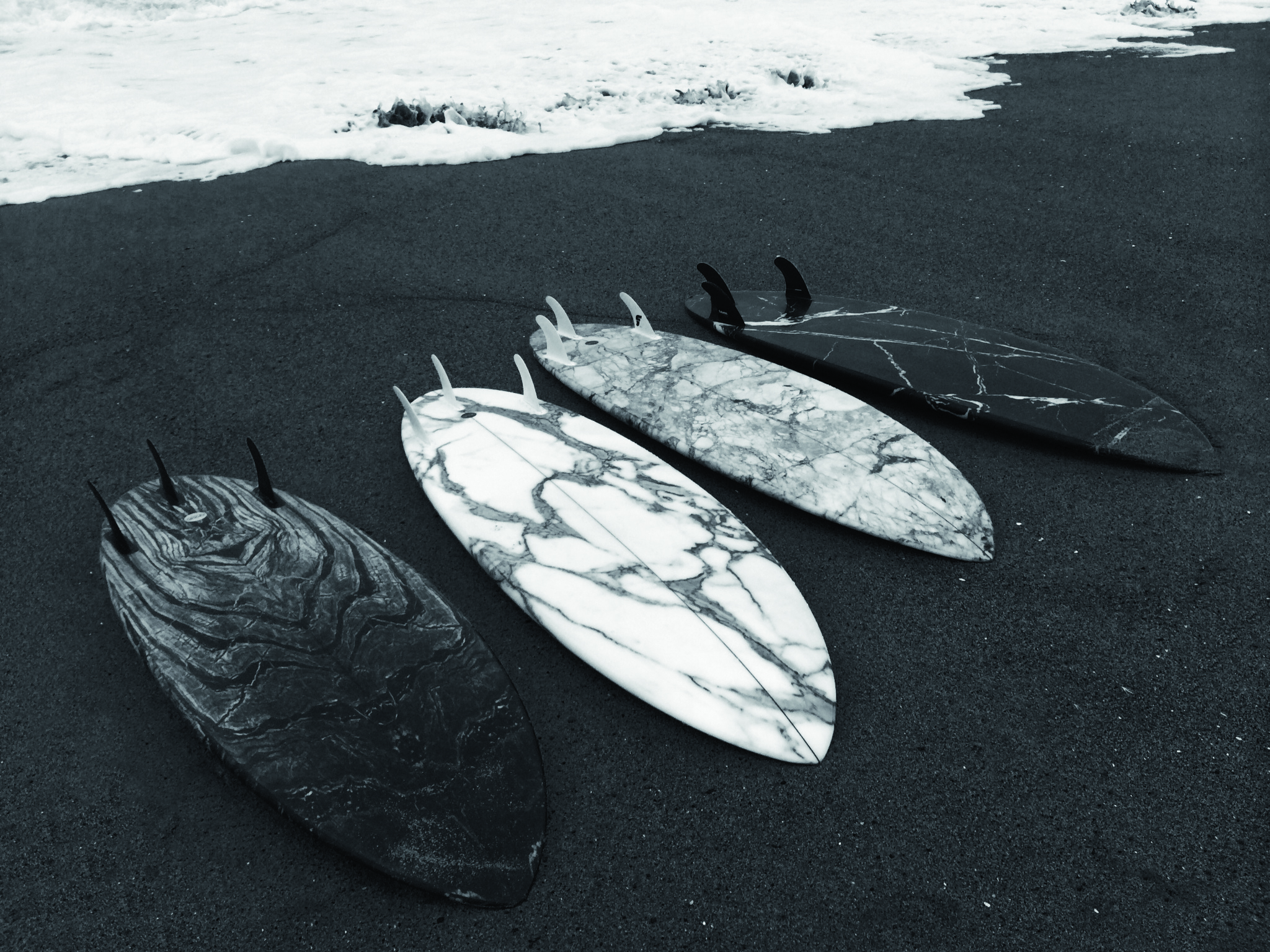 As one of the world’s most in-demand surfboard manufacturers, Haydenshapes has grown from just a handful of staff to 30 in-house employees and another 200 distributing and manufacturing these artworks of wave-shredding beauty. It’s a truly Australian international success story, which itself began to take shape more than 20 years ago on Sydney’s picture-postcard northern beaches.

The entrepreneur behind these prized surfboards, crafted exactingly to each customer’s needs, is Hayden Cox. With his love of surfing having started at the mere age of four, Cox first learnt the craft of shaping boards while doing work experience for another company in Sydney at age 15. The rest is history. 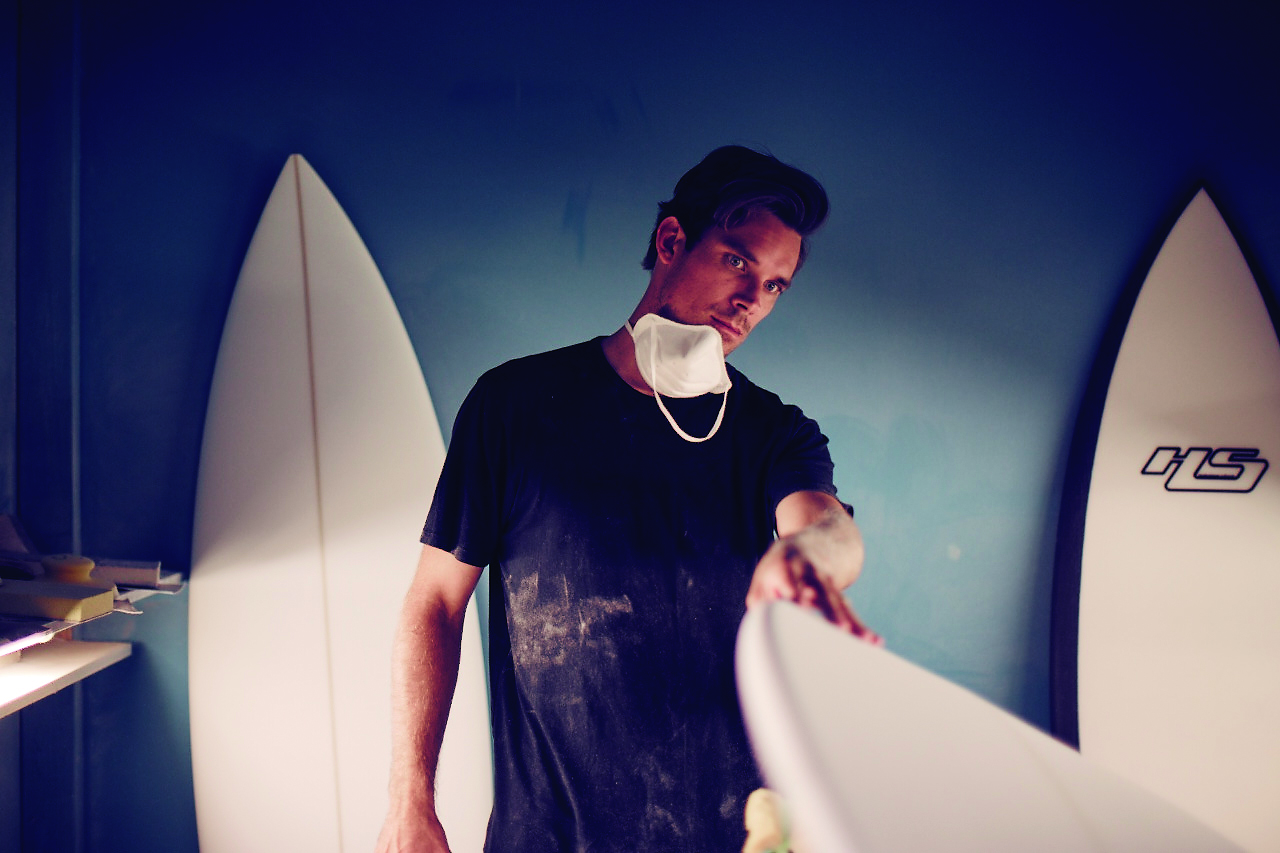 From there, he dedicated every moment of his life to creating premium surfboards, even while doing school assignments. His boards now sell from $895 up to $5000 for the top of the line models. Expanding initially from Australia, the company now has an office in Los Angeles, from which it handles the Northern Hemisphere. Perhaps surprisingly, one of Haydenshapes’ hottest export markets right now is Israel. Famous customers include Rob Trujillo of Metallica, Mike D of the Beastie Boys and actor brothers Chris and Liam Hemsworth. While Miley Cyrus may not be a world-famous surfer, even she has ordered a board as an art piece for her Malibu home – so aesthetically beautiful and unique are Cox’s creations. 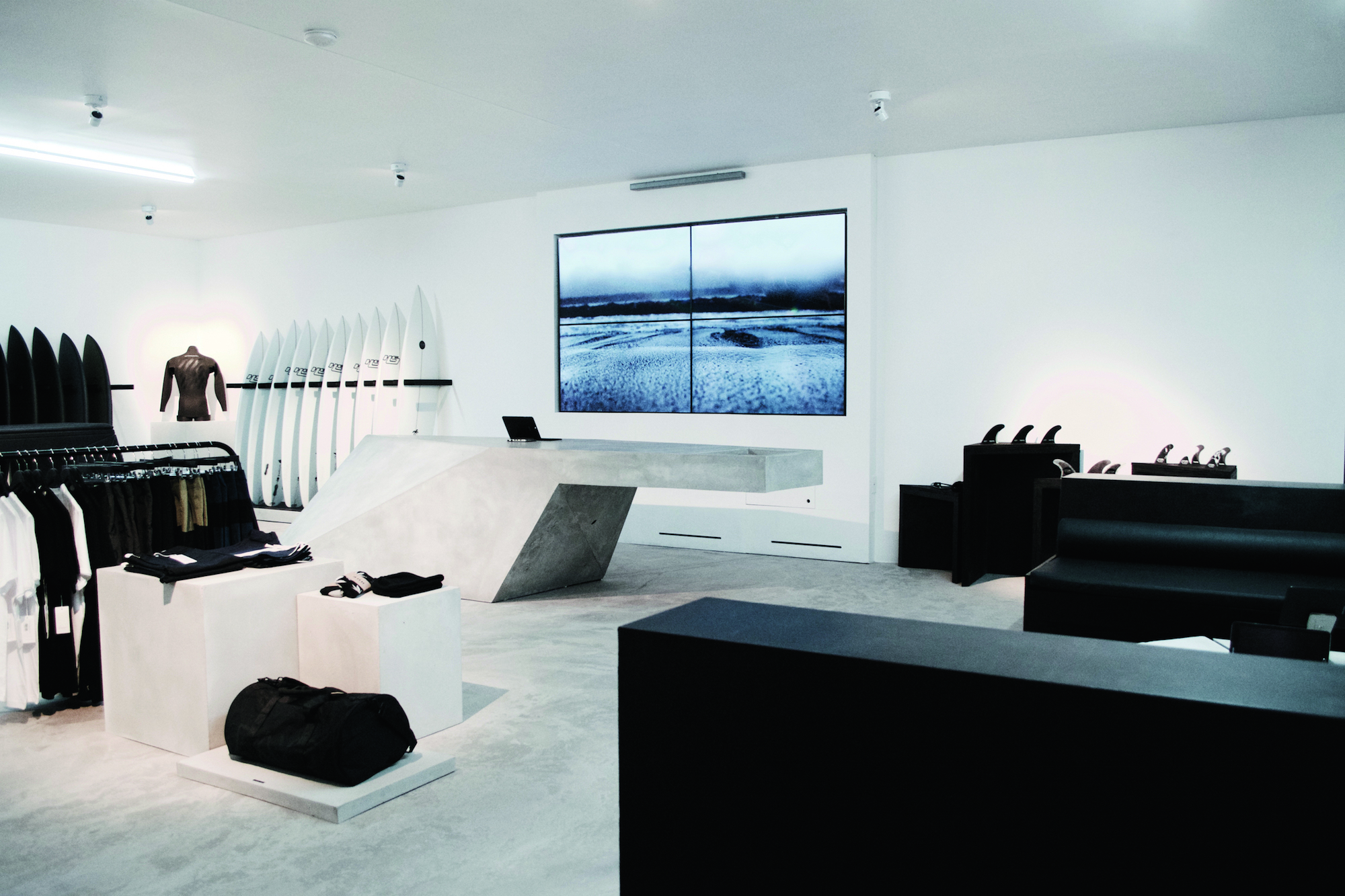 According to Cox, “… the boards feel good and are fun to ride. Surfboards are all about creating a good experience for surfers – and you can’t fake that part.”

So what makes these boards so different from the rest? Cox created his proprietary FutureFlex technology that dispenses with the central wooden ‘stringer’ of a conventional design and introduces a parabolic carbon rail concept, which delivers a very particular flex and feel in the ride. It also makes these boards much faster to take off when catching a wave, allowing the Haydenshapes rider to start carving up the wave while others are still struggling to gather the necessary speed.

Haydenshapes’ Hypto Krypto model has been named Surfboard of the Year twice in Australia, and last year in the US. There’s no end of nuance to the shape, the curve of the rails and the concave beneath that all determine the board’s performance and manoeuvrability, but suffice to say that it’s hailed for its
versatility across different wave conditions and its suitability for beginners through to highly experienced riders. 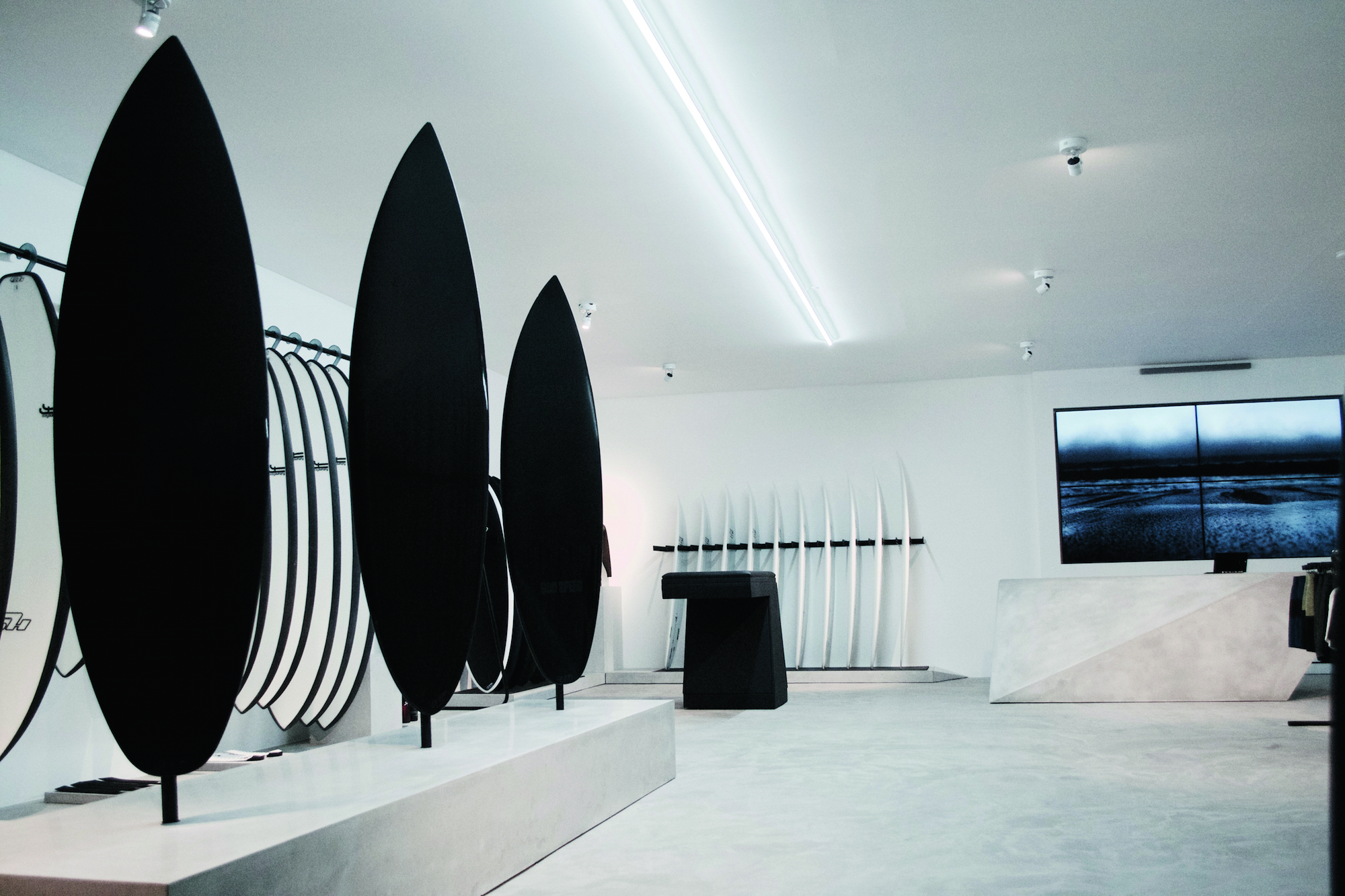 Many bespoke surfboard makers have taken off and been wiped out in over the years. Cox claims there is only a handful left that can reach a global market and remain profitable. One challenge his company has confronted as it globalised is maintaining the close relationship between maker and customer. While his staff works hard in this area, Haydenshapes relies extensively on its website to allow potential buyers to design the board they want, using the HSSTUDiO custom board designer.

> “The detail in shape, the ways you are able to customise your order from dimensions to artwork, and the fin configuration … it’s the most advanced online custom board-ordering platform in
the industry,” -Cox

The company also relies heavily on social media and online chat platforms to allow clientele to chat live with the maker of their board. Despite allowing customers to tailor the board to a large extent, Cox is also adamant that he won’t create fully bespoke boards. He’s concerned that if he did, there’s a risk the board would turn out to be a flop. One bad board could damage the reputation he has spent 20 years building. When it comes to advice on building a niche premium business, Cox says it’s very important to understand why exactly you want to do so. 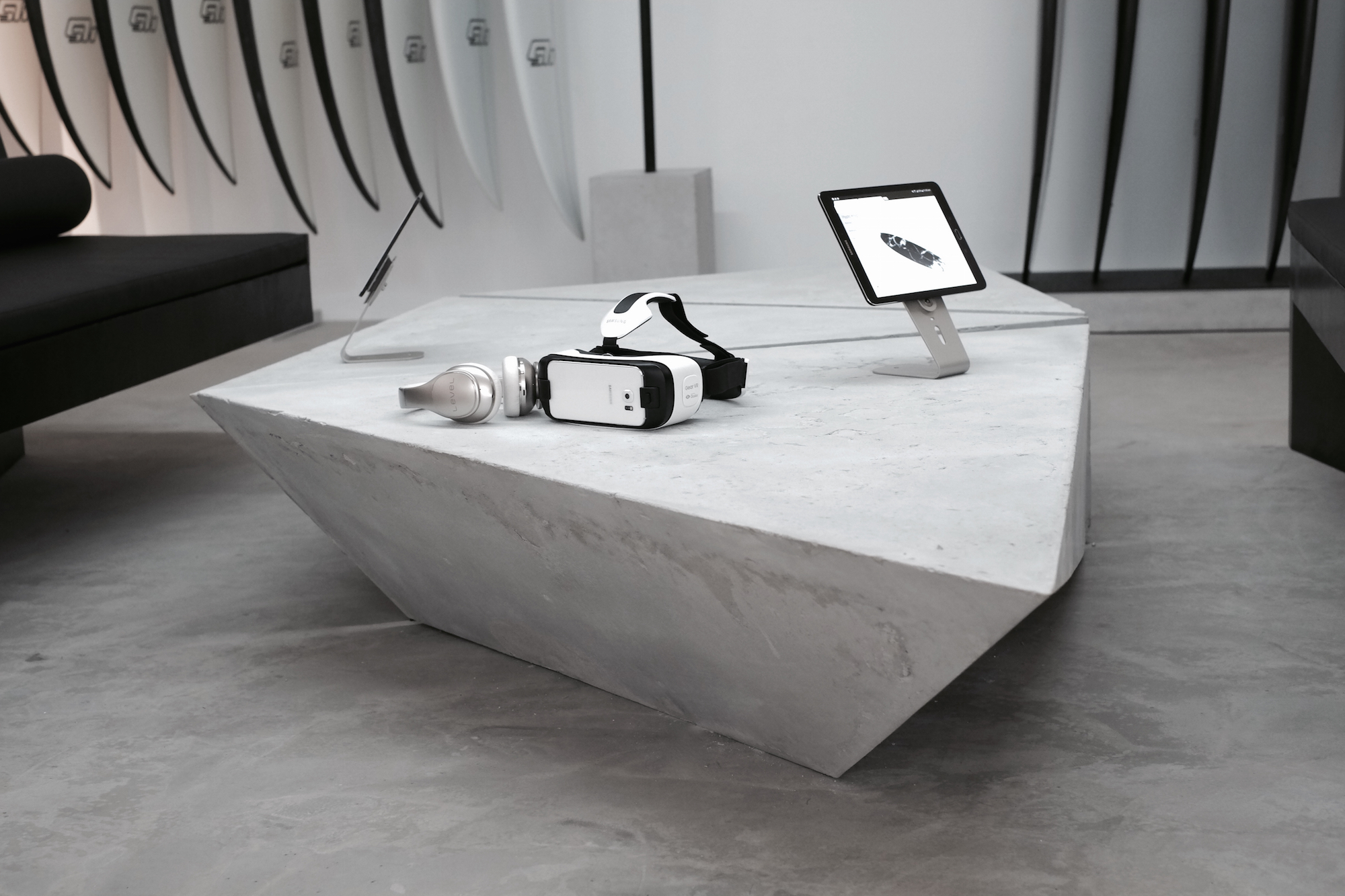 “Staying true to the DNA of the product and brand is always helpful when making decisions as this will be felt and recognised by your customers and industry.”

Also, one of the most difficult processes is building a team that is as passionate as you are about the product. To this end, Cox has written a book called New Wave Vision, to help other entrepreneurs understand what it takes to build a global brand from the ground up. The likes of pro-skater Tony Hawk, fashion designer, Karen Walker and the founders of Oakley have all lent their advice to the book, along with myriad other successful business creators. Yet at the end of the day, the reason Haydenshapes has become one of the most admired surfboard makers in the world is its exceptional products. A combination of passion, innovation and entrepreneurial spirit propelled this tiny Australian company into a global enterprise building surfboards for the very upper end of the market.