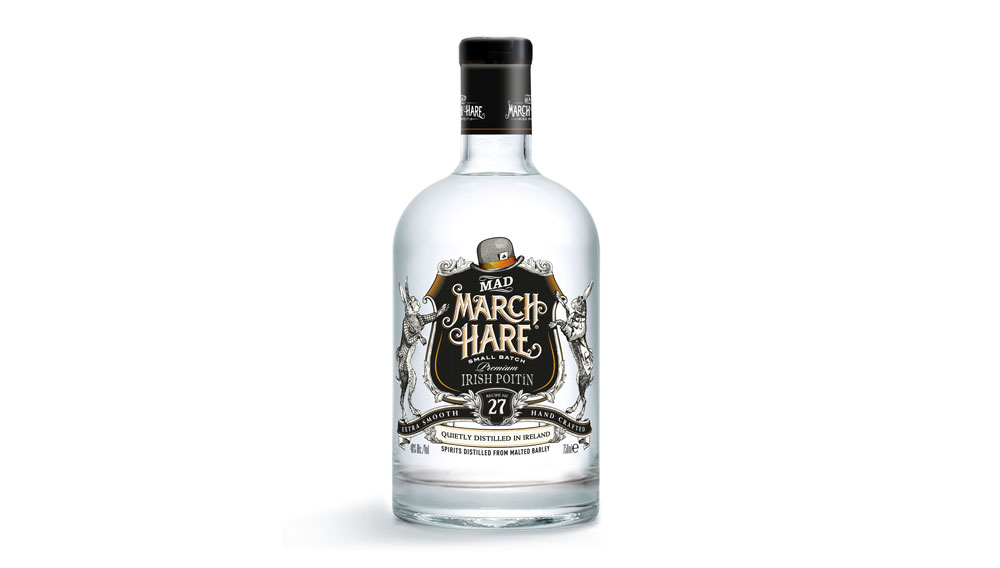 Poitín is the unaged country cousin of Irish whiskey.

Believed to be the oldest spirit in the world, poitín (pronounced put-cheen in English) has been handmade in Ireland since the sixth century. Long before the advent of whiskey, the rural moonshine was crafted by Irish monks who learned the art of distillation from Moorish scholars. Made out of everything from grain to potatoes (this is Ireland, after all), the clear, potent drink was typically distilled in a small pot out to a whopping 120 to 180 proof.

Although unlicensed distillation was officially banned in the country for more than 300 years from 1661 to 1997, poitín continued to be secretly distilled by expert craftsmen and townspeople (this is Ireland, after all). In the 1990s, the Irish government overturned the law that banned its production and sale and gave poitín a geographic indicator that protects the category in the same way that Irish whiskey and Irish cream is governed.

Today, the spirit is gaining popularity in the Emerald Isle and abroad—and Irish distiller Mad March Hare is leading the charge with Mad March Hare Premium Irish Poitín. Based in West Cork, Mad March Hare uses malted barley grown in the region and distills the spirit in small copper pot stills, much in the same way it was made centuries ago. It’s distilled at 80 proof (a much lower proof than some of those homemade versions) to give it a smooth flavour that works especially well in cocktails. Though poitín has a truly distinct flavor that is difficult to categorize, it’s perhaps closest to an unaged whiskey. It can be substituted for almost every spirit, from vodka to tequila.

On the nose, this poitín has notes of malt, coconut, and baked apple. Silky and smooth, it tastes of dried fruits, French toast, and vanilla. Hints of honey, malt, and toasted almonds linger on the long finish.