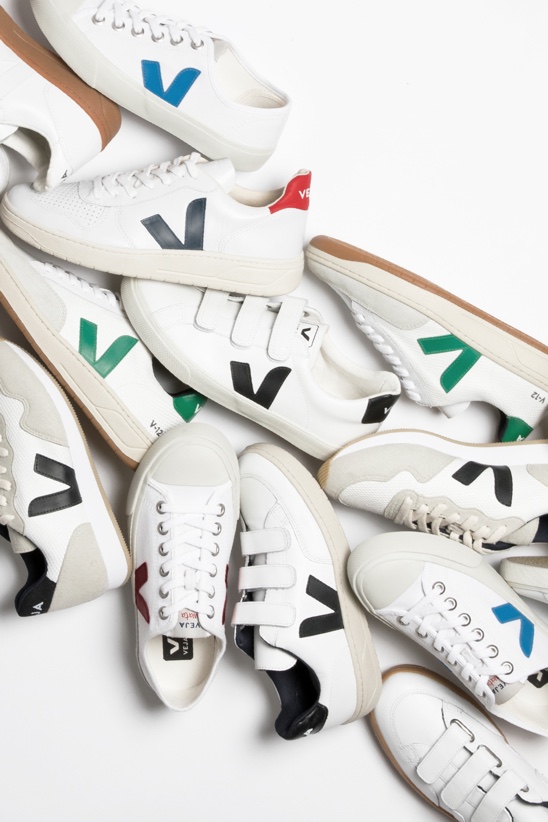 From heirloom timepieces to vegan sneakers, our guide to gifts for finicky fathers and discerning dads.

This Sunday, 2 September is Father’s Day and if (in honour of fathers everywhere) you like to leave your shopping to the last minute, we’ve got the gift guide just for you.

Patek Philippe 50th Anniversary 5738R Golden Ellipse, $POA
The Golden Ellipse, Patek Philippe’s second longest-running series (after the Calatrava), marks its half-century this year with a grand taille version in rose gold with a black dial. The distinctive case shape retains its retro charm; very retro, as its proportions were drawn to nature’s “golden ratio” formula, discovered by ancient mathematicians and applied in the centuries since in art and architecture. And there’s no more venerable authority on Patek Philippe in Australia than J Farren-Price. www.jfarrenprice.com.au 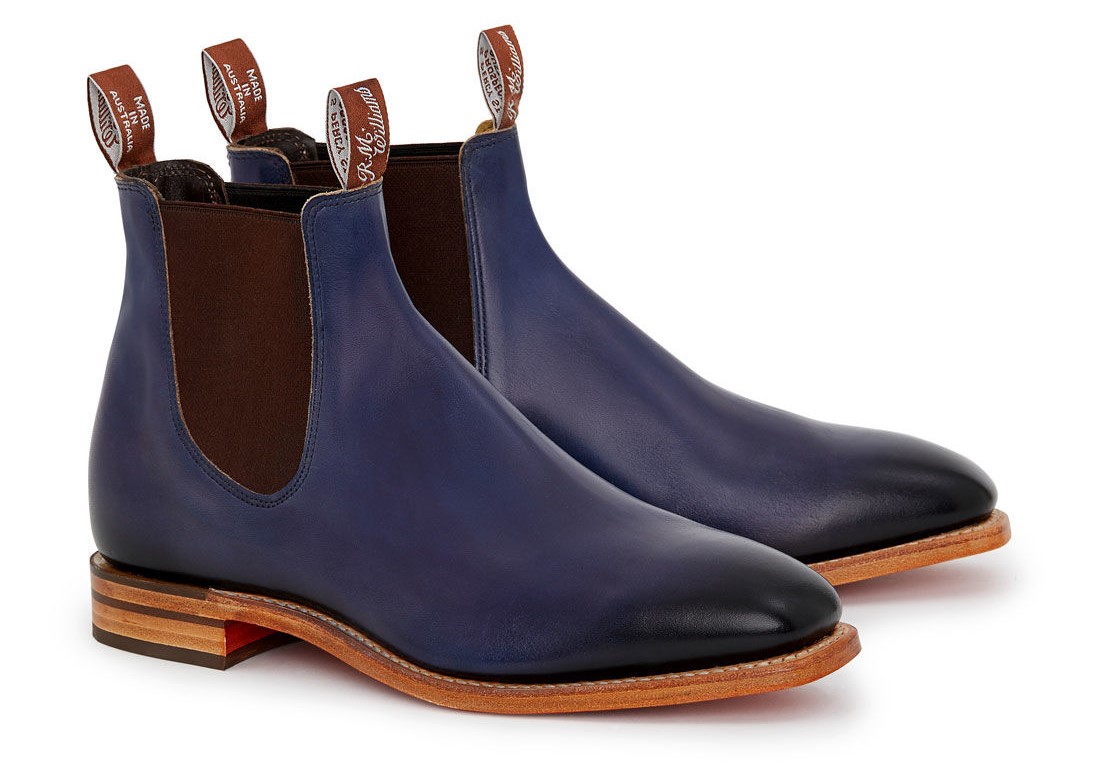 RM Williams Burnished Chinchilla boots, $695
If craftsmanship, ruggedness, uniqueness and authentic Australian style are qualities that fit your father figure, let him know with a pair of RM Williams’ handcrafted Chinchilla boots. Their burnished finish results from a labour-intensive process at the legendary outback outfitter’s Adelaide factory, with the dye hand-applied in several layers and cured at 130 degrees, before being burnished by hand. There’s a great range of colours, including Navy Blue, Green Malachite and Mahogany. www.rmwilliams.com.au/chinchilla 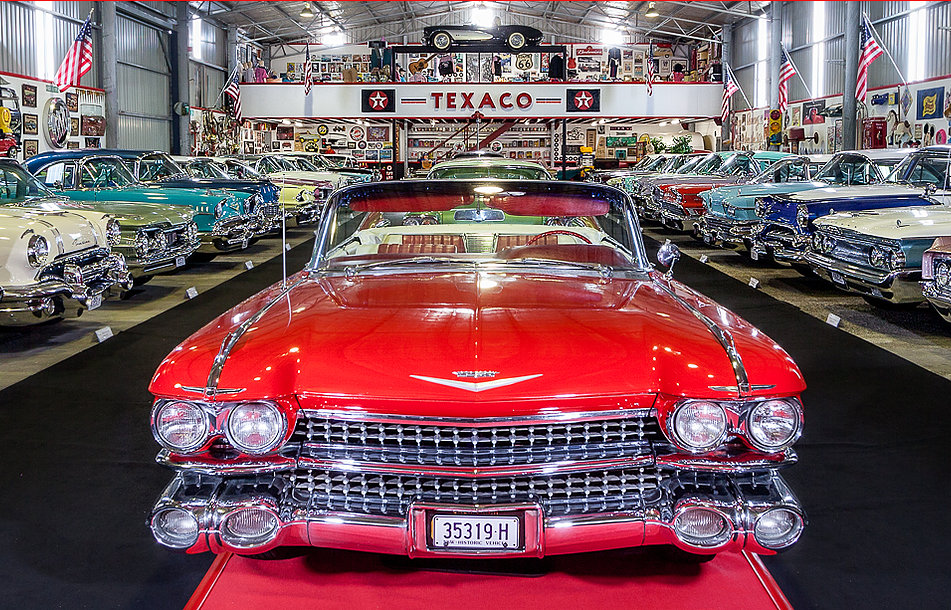 American Classic Car Clearance
Father’s a fan of Americana? He’d pale alongside Glen and Kelly Jennings, who over 35 years amassed a staggering collection of American cars, buses, boats, caravans, motorcycles and memorabilia from the 1950s-’60s. Now the Jennings have decided to sell the entire contents of their Newcastle, NSW Lost In the 50s Museum, in a pair of auctions on 20-21 October, and 1-2 December. Mercury, Mustang, Cadillac, Corvette, Harley-Davidson, even the Batmobile will go under the hammer. Save dad a seat – or register online for bidding – at auctioneer www.burnsandco.com.au 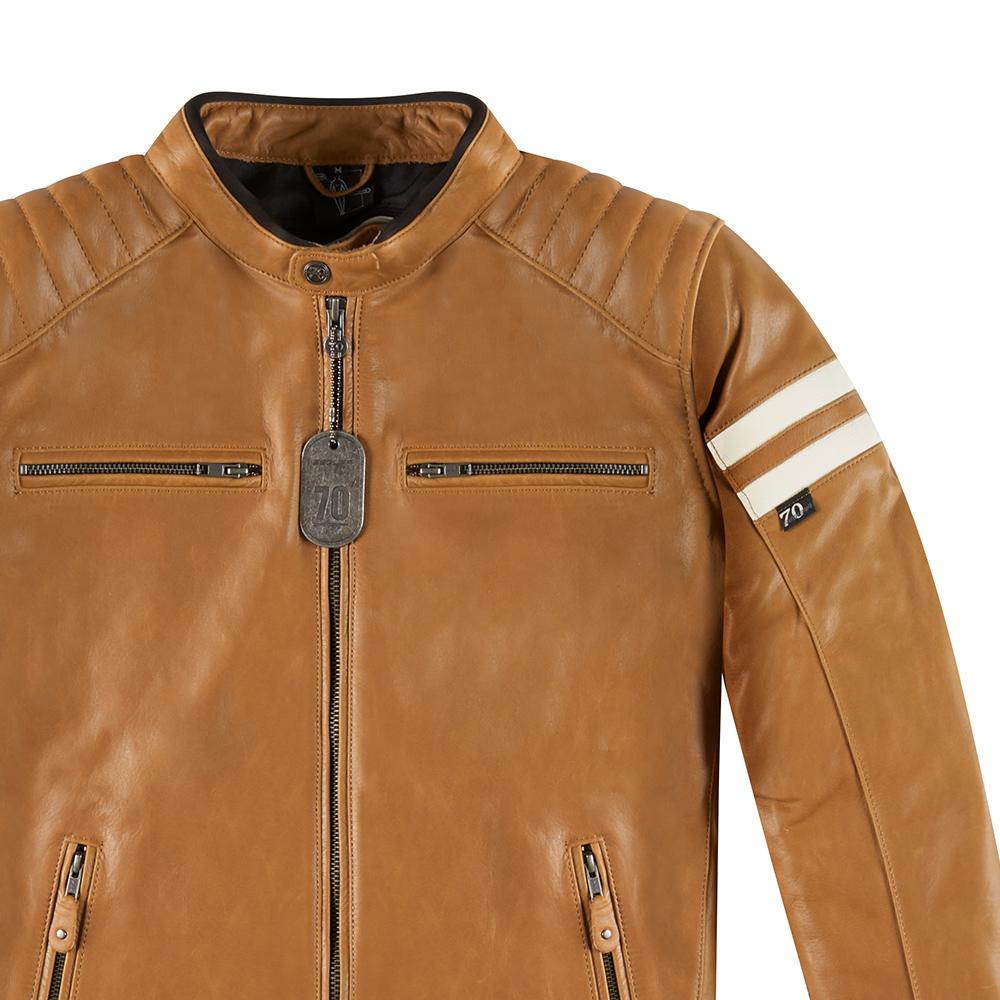 Segura Retro Motorcycle Jacket, $699.95
Black shadow of the Vincent/falls on a Triumph line/I got my motorcycle jacket/but I’m walking all the time … So sang The Clash in ‘This is England’, released in 1985. It may have been an observation of British motorcycles’ reliability, or simply an acknowledgment that leather motorcycle jackets are edgy and cool. French brand Segura has been producing leather motorcycle apparel since 1967, so its ‘Retro’ model has style and safety straight from the source. Available from Deus ex Machina, shop.au.deuscustoms.com

James Said ‘Owl’ bronze book-ends, $2205
From the eclectic collection of avant garde and classic furnishings and design pieces at James Said (Sydney and Perth) come this pair of elegant, bronze patina Owl book-ends. Each measures 30cm tall on a base approximately 12cm square, these owls lending an appropriate air of wisdom and gravitas to father’s reading room. There again, also in the range of bronze book-ends is the Lazy Elephant ($1415) … about which, perhaps, the less said the better. www.jamessaid.com.au 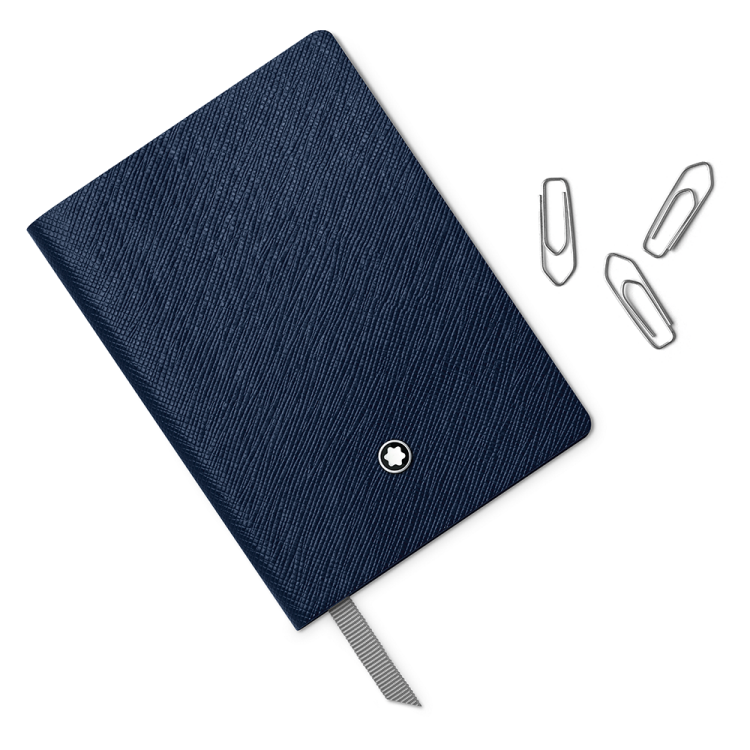 Montblanc Fine Stationery Notebook, $100
The natural partner to one of Montblanc’s iconic writing instruments, the Montblanc Fine Stationery #145 notebook is perfectly sized (at 80 x 110mm) to slip into a suit pocket. It’s also easy to retrieve, with its textured Saffiano leather outer, and a pleasure to write in, with its lined 70gsm paper. There’s a great choice in colours, including Indigo and Lucky Orange, so it makes sense to pocket more than one. www.montblanc.com 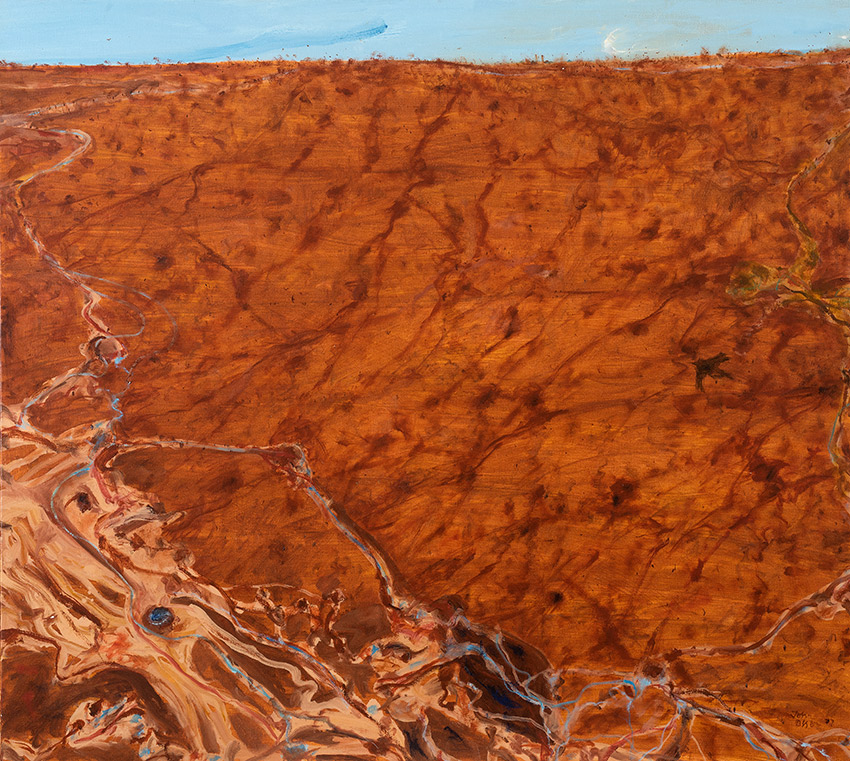 John Olsen artworks, from $5500
Acclaimed as one of Australia’s greatest living artists, John Olsen (90) has works in the National Gallery, every State gallery’s collection and in significant corporate and private collections. Whether in painting, watercolour, etching or sculptures, his style is immediately recognisable in its playful representations of landscapes and animals (the frog being a favourite). Etchings and lithographs can be had for four-figure sums, along with more typical six-figure paintings, from Olsen Gallery in Sydney – appropriately, given our Fathers Day theme, run by son, Tim Olsen. www.olsengallery.com 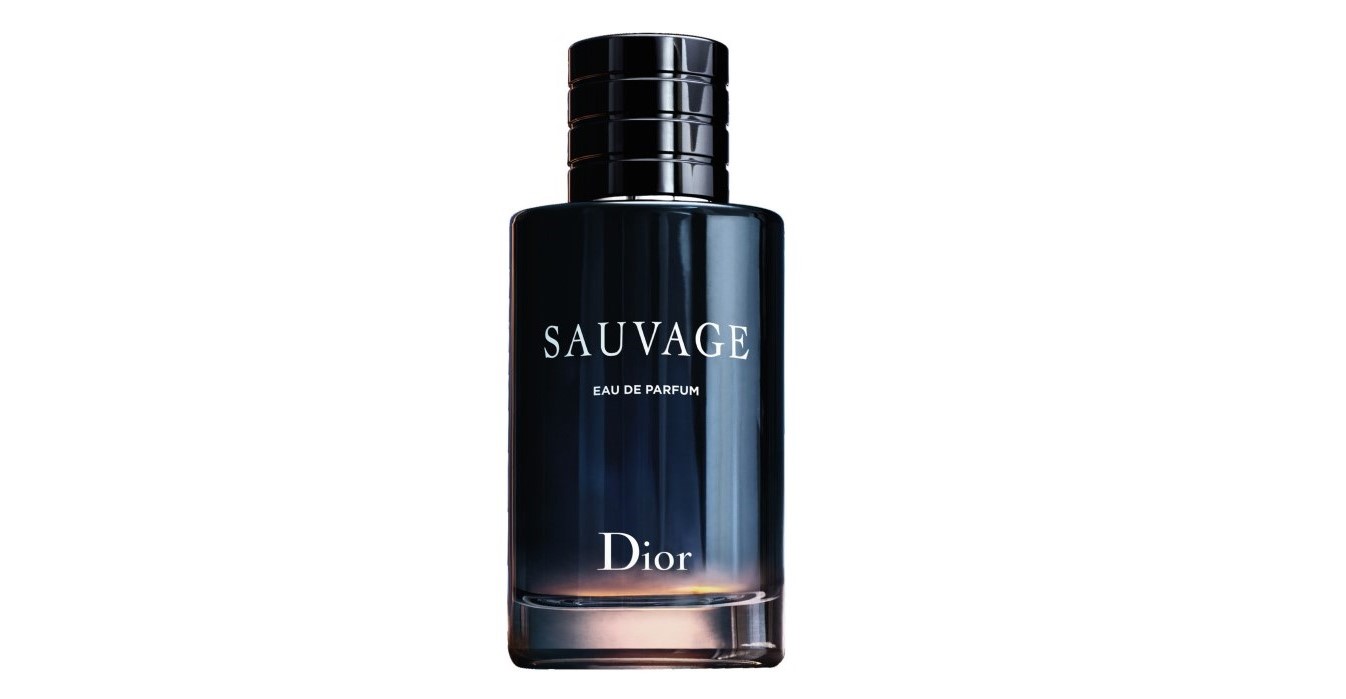 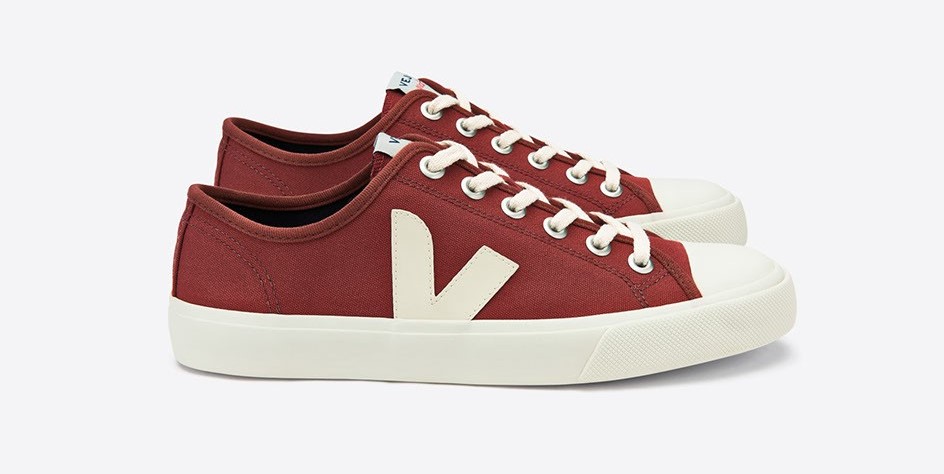 Veja ethical sneakers, from €80
Parisian brand Veja set out in 2005 to put a positive footprint on the world. Its sneakers, through every stage of production, use ethically sourced and environmentally friendly materials, such as organic fair-trade cotton from farmers in Brazil who are in turn helping to pioneer new agro-ecology techniques, and wild rubber from Amazonian communities. Styles are timeless, in fabric, suede or leather, but for ours, it all comes together in the canvas Wata – aka the “vegan sneaker”. www.veja-store.com 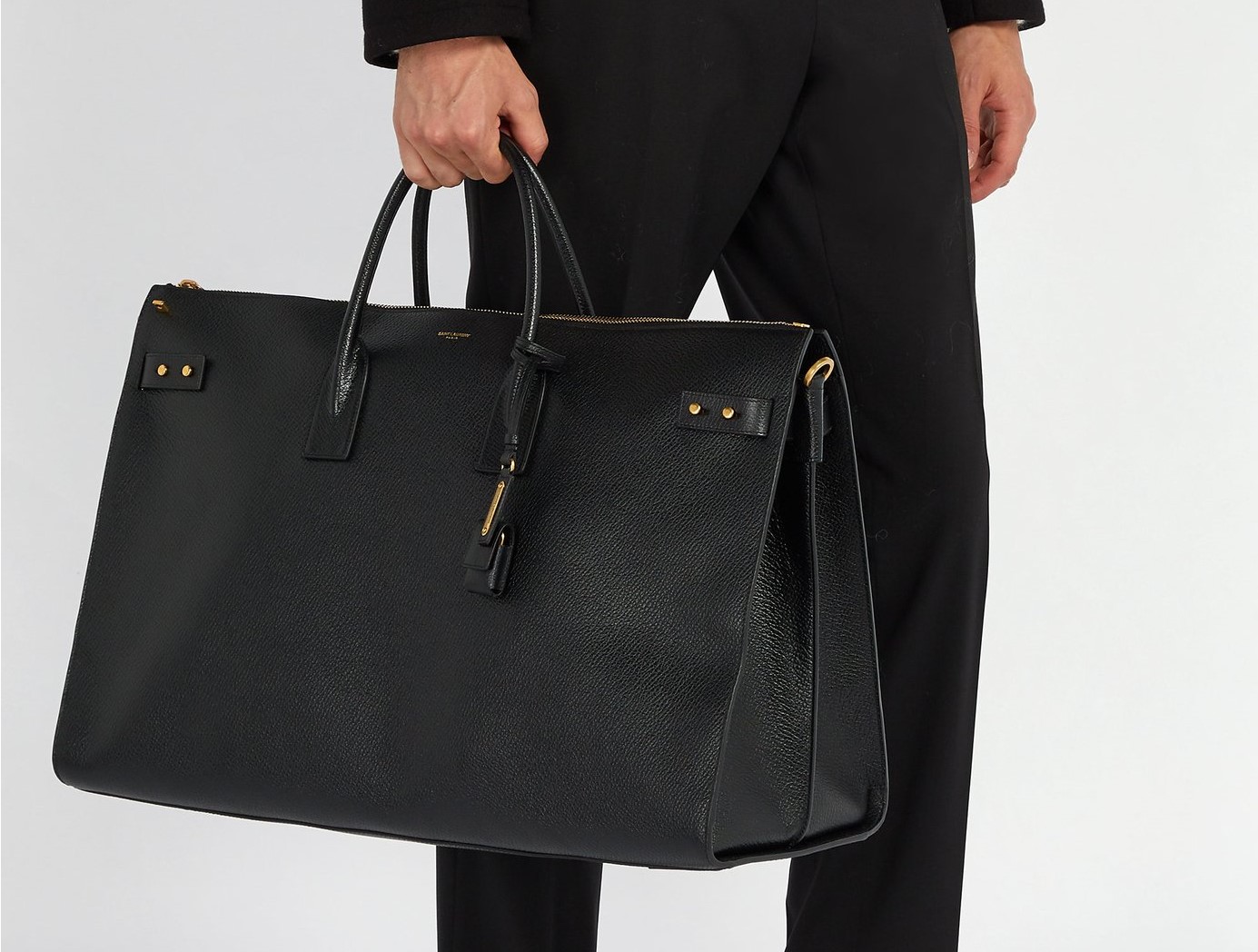 Saint Laurent grained leather holdall, $4645
Stylish and understated, this Saint Laurent holdall in grained black leather takes its cues from the brand’s signature tote bag, with a dad-sized dose of practicality added. The Italian craftsmanship is accented with premium quality metal fastenings, making it as durable as it is useful for overnight stays and weekend getaways. And this one even travels to you: order it online from www.matchesfashion.com 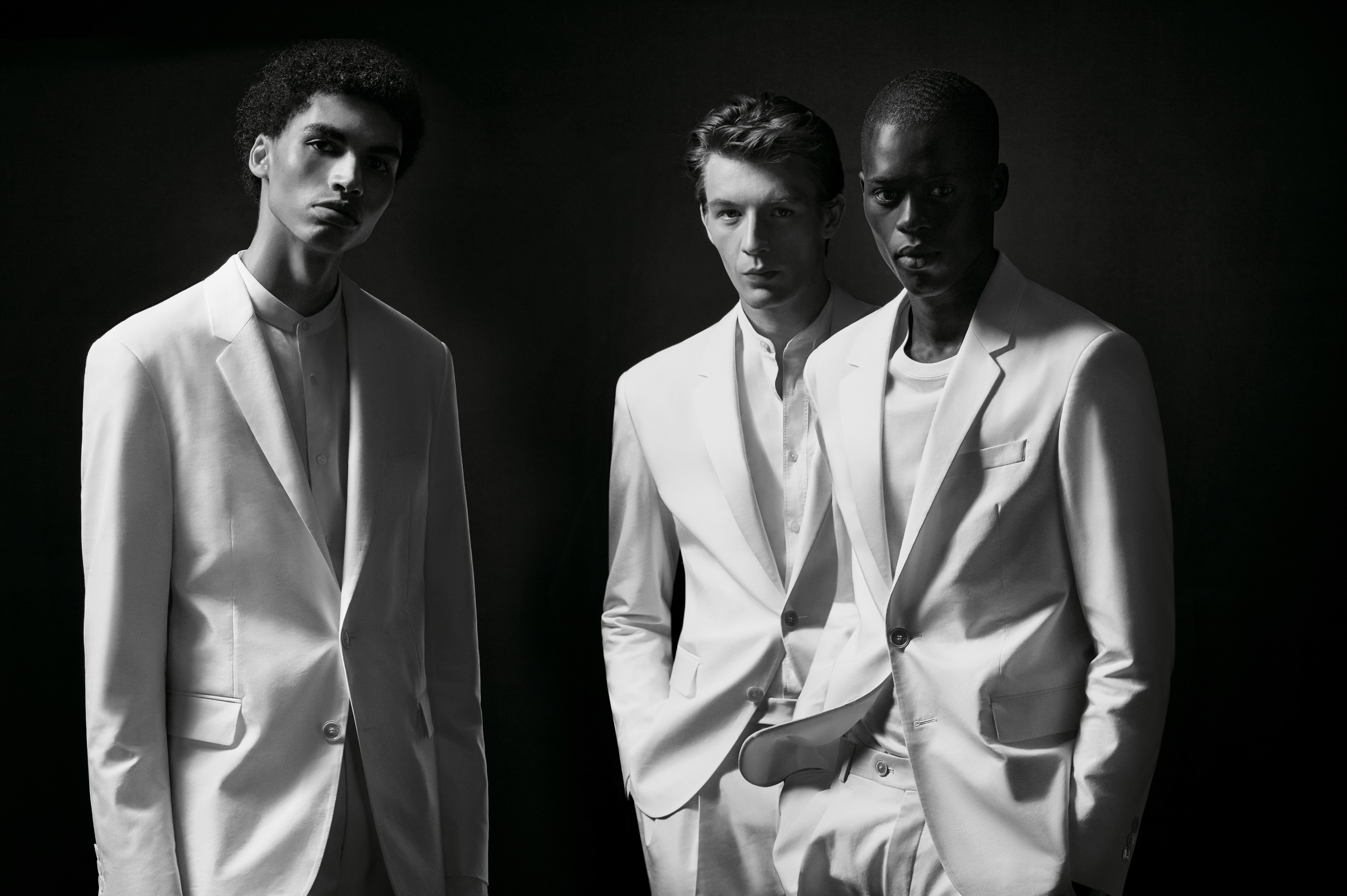 BOSS X Michael Jackson Collection, $POA
Child prodigy, King of Pop, father of three; Michael Jackson died in 2009 at the age of 51. To mark what would have been his 60th birthday on August 29 this year, Hugo Boss released a collection including T-shirts with iconic images of Jackson. The highlight, however, is a limited edition of just 100 white suits, replicating that worn by Jackson on the cover of Thriller. Just six will be made available in Australia, on sale from 3 September at the BOSS store in Sydney’s King Street. www.hugoboss.com/au/michael-jackson