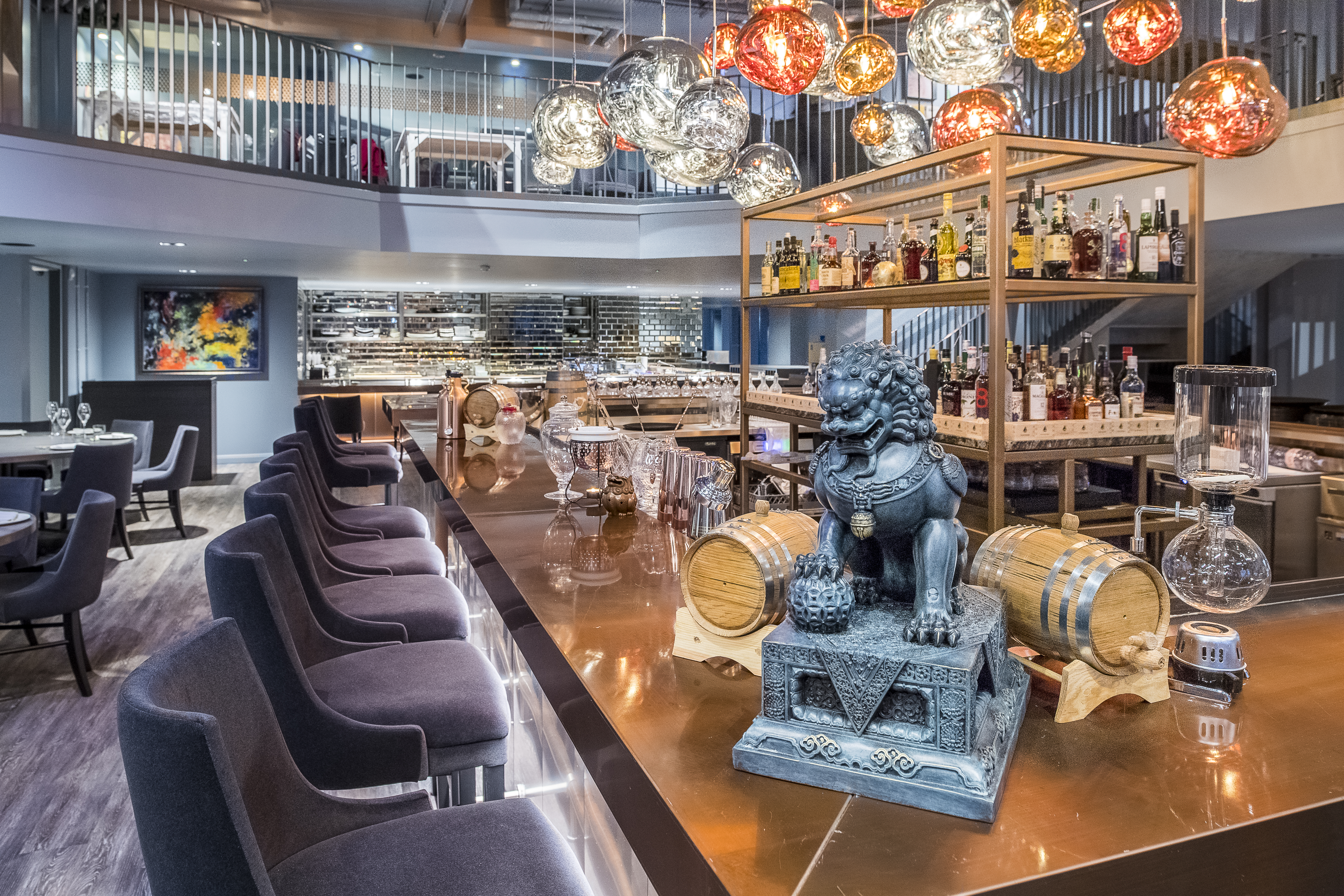 A whisky connoisseur’s warm sanctuary for the cosy winter evenings in London.

Just before the opening of Four Degree – a Japanese-European fusion restaurant in London’s Vauxhall – its proprietor Grace Ding enlisted the services of a feng shui master and a group of Tibetan monks, the latter flown over especially, in the hope of bestowing positive fortune on her new enterprise.

And, spiritual enlightenment has now taken on an altogether different nature within this Thames-side establishment with the opening of its Macallan Whisky Lounge: a meticulously curated trove of fine drops from all around the world, served in an atmosphere afforded cosy privacy by the frosted glass that surrounds this ultra contemporary mezzanine space. Plenty of the celebrated Speyside whisky after whose distillery the lounge is named is, of course, on offer – aficionados will be delighted to hear that this is London’s largest official collection of the Macallan 40 Year Old – alongside offerings from other makers including Suntory, Tomintoul, Kinahan, Bruichladdich, Old Putney, Angus Dundee, Glenfiddich, Glenfarclas, Glencadam, Samaroll and Highland Park. The cocktail selection includes some concoctions, including one which blends vermouth, tonka and cocoa bean bitters and whisky, and is served, intriguingly, giving off smoke. Four Degree, lest we forget, is ultimately a food destination, and those wishing to get some sustenance before turning to liquid indulgence can savour the efforts of chef Kyoichi Kai – formerly of Zuma – who spruces up ancient dishes from his native Japan with subtle influences from France, Spain and Italy: dishes such as braised pork belly with soy sauce, sake and pak choi and A5 wagyu sirloin with ponzu sauce, garlic chips and spring onion are among his specialities. There’s also delectable, fresh fare on offer at a dedicated sushi and sashimi bar, including omakase sashimi, tuna akami and yellow tail. There’s plenty on offer, too, for art aficionados, not least the Tom Dixon light installation that serves as the restaurant’s focal point.