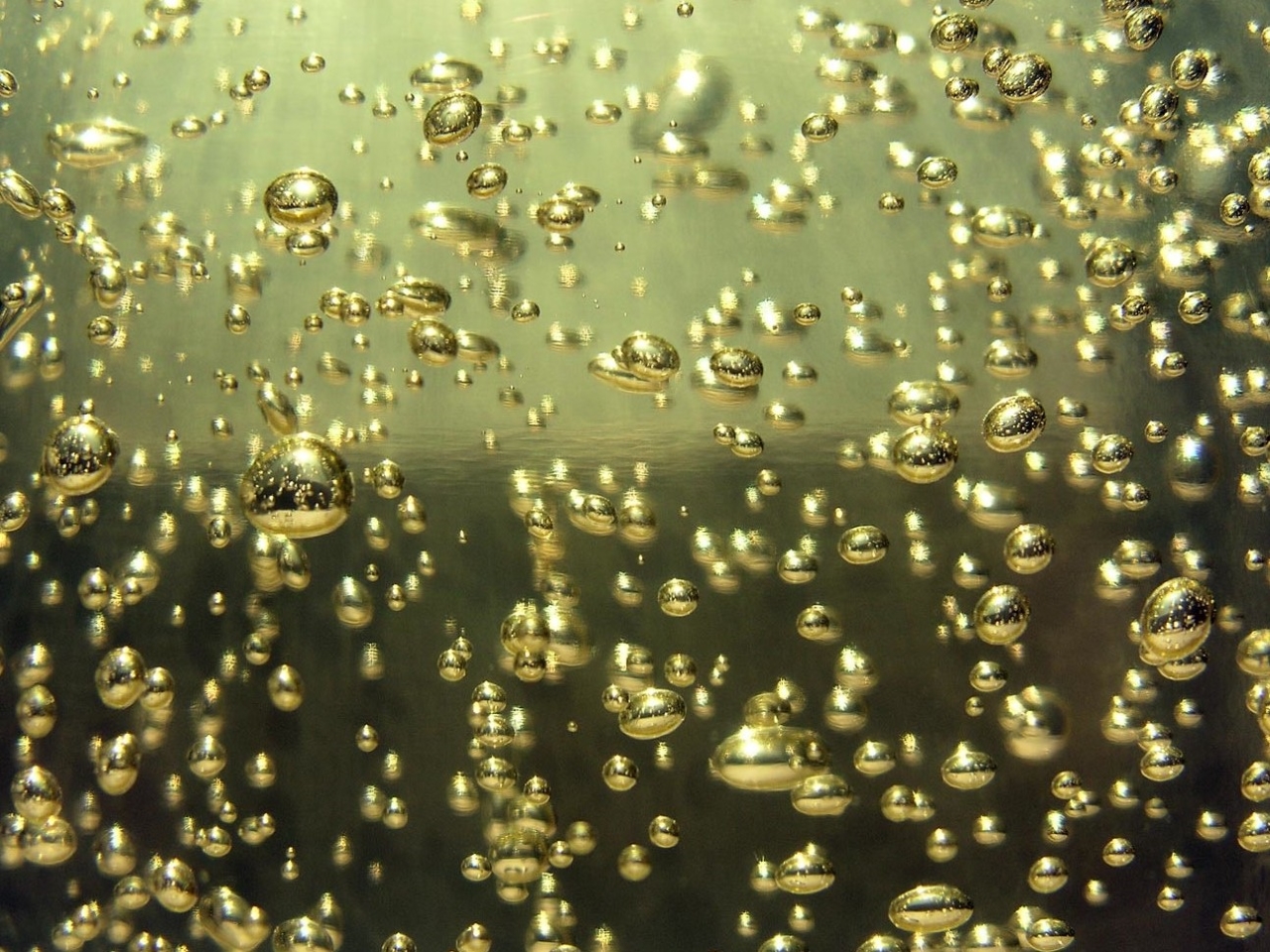 Ten sparkling wines that will expand your horizons

Be it Tasmania or Austria, the Loire Valley or the Sacramento River Delta, these 10 sparkling wines explore the outer limits.

Great sparkling wines are being made around the world, in places where you'd least expect it, using traditional and renegade methods and grapes from Chardonnay to Xarel-lo. So while you're popping corks, why not explore the outer limits of the bubble?

Here are 10 wines to get you started — all high-quality examples of their style and leaders in their region, be it Tasmania or Austria, the Loire Valley or the Sacramento River Delta. These are adventuresome winemakers, largely unfettered by history and charting their own course. Who would have thought sparkling wine could thrive in Southern England? Geologists and winemakers. The limestone vein running through the Champagne region continues straight through under the English Channel, and produces a similar taut, mineral character in British bubblies.

Unfortunately, the wines have been slow to be imported to the U.S., but Digby Fine English Reserve Brut , $US64 (about $A84.50) is an exception. Named after Sir Kenelm Digby, a 17th-century polymath and pirate, the wine is a blend of Chardonnay, Pinot Noir, and Pinot Meunier grown in Kent, Sussex, and Hampshire. Perhaps post-Brexit, more of it will make it to the colonies. (digby-fine-english.com) Last year, we asked Shayn Bjornholm, overseer of the notoriously difficult Court of Master Sommeliers exam, about Franciacorta. "Pick your poison," he said. "Veuve Clicquot, Moët & Chandon, Piper-Heidsieck — Franciacorta could be mistaken for any of them."

The Ca' del Bosco Annamaria Clementi Franciacorta Rosé 2005 , $US133 (about $A175) cuvée, the house's top release, is made from Pinot Nero grown in 30-year-old vineyards in the Lombardy region.

Made using the methode champenoise process, the wine is aged at least eight years in the house's best barrels before disgorgement. A great wine to pour blind, somm exam optional. (cadelbosco.com) Remote Tasmania has become the cutting-edge region for cool-climate winemaking in Australia, and this brilliant bubbly, Jansz Tasmania Premium Brut Cuvée, $US25 (about $A33), is one of the world's great wine values.

Jansz was founded in 1975, and was bought by the Hill-Smith family (Oz wine pioneers) in 1997. This blend of 58 percent Chardonnay, 40 percent Pinot Noir, and 2 percent Pinot Meunier is light yellow-gold, and rich with the flavours of apple, melon, and lemon. (jansz.com.au) The Willamette Valley lies along the same general latitude as the Burgundy and Champagne regions, and in the last decade it has drawn a number of prominent winemakers from France, from Jean-Nicolas Méo to Jacques Lardière.

But Argyle has been there all along, making remarkable sparkling wine since it was founded in 1987 by winemaker Rollin Soles, viticulturist Allen Holstein, and Australian winemaking legend Brian Croser.

The Argyle 2012 Blanc de Blancs , $US50 (about $A65) is made with 100 percent Chardonnay from Julia Lee's Block in the Knudsen Vineyard, which was planted in 1990. Fermented and aged in the winery's oldest neutral oak barrels, it is fresh and elegant as an aperitif or as a nimble partner with fish. (argylewinery.com) This Loire Valley winemaker is legendary for its intensely perfumed Chenin Blancs, whose long, spicy finishes linger in memory for years. Lesser known are Huet's sparkling wines made with the same grape.

The Domaine Huet 2012 Vouvray Pétillant Brut, $US31 (about $A41), a pétillant — the French term for a slightly sparkling wine — draws from all of Huet's vineyards in Vouvray: Le Haut-Lieu, Le Mont, and Clos du Bourg.

Rather than the method champenoise process, it is made with method ancestral (the same used for hipster pet-nats), which involves no added sugar. It has soft, small bubbles, notes of dried apricot and quince, and a crisp Chenin acidy. (domainehuet.com) Winemaker Abe Schoener is a leader in California's natural-wine avant-garde. But his wildly experimental streak took a surprising turn with Scholium Project 2015 Blowout, $US22 (about $A29), which is made by mechanically injecting carbonation into a blend of Lourreiro, Grüner Veltliner, and Verdelho.

Schoener starts with serious juice — from the Lost Slough vineyard in the cool Sacramento River Delta, the source for Scholium cult favourites such as the Prince in His Caves. Then, after a brisk fermentation, he zaps it with CO2 and presto: California Lambrusco. (scholiumwines.com) If Scholium represents the California fringe, Roederer is the epitome of California classic. The French Champagne maker brought its style to the wild Mendocino Coast in 1989 and has been producing the state's best, most consistent sparkling wines ever since.

L'Ermitage, its tête de cuvée, is produced only in the best vintages from the top blocks of the estate vineyards.

Made with equal amounts of Chardonnay and Pinot Noir, with 4 percent aged wine from 2006 and 2007 added, the Roederer Estate 2009 L'Ermitage Brut , $US47 (about $A62) is luxurious and complex, with notes of toasted brioche and orange peel. (roedererestate.com) We think of cava as inexpensive and mass-produced, but this one is made by the scion of the Codorniu family, Spanish cava royalty, and on the property in Catalonia where the world's first cava was made.

De la Finca, the-top-of-the-line Raventós, uses grapes from the family estate, with vines as much as 80 years old farmed bio-dynamically. The Raventós i Blanc Gran Reserva de la Finca Cava Brut Nature 2013, $US33 (about $A43.5) is a blend of 45 percent Xarel-lo, 42 percent Macabeo, and 13 percent Parellada, with at least 30 months on lees.

Its chalky-salty character reflects the marine soil, and the 2013 vintage is being hailed as perhaps the best in its history. (raventos.com) Don't let the price fool you: The Graham Beck Brut , $US16 (about $A21) is the house sparkler in many of South Africa's best restaurants.

It is made with roughly equal amounts of handpicked Pinot Noir and Chardonnay from vineyards in Robertson, Franschhoek, and Steenberg. And in a technique unusual for sparkling wine, the bunches are pressed whole and fermented separately — blending occurs after fermentation, with reserve juice from previous vintages added afterward, if necessary.

The result is crisp and yeasty with a refined mousse. Pour it with abandon. (grahambeckwines.co.za) But in the hands of Bründlmayer, one of the country's top winemakers, the result is creamy and elegant, with a touch of bracing citrus. Bründlmayer — who is based in Langenlois, just an hour outside of Vienna — ferments the Willi Bründlmayer Sekt Brut , $US45 (about $A59) in stainless steel, ages in large oak casks, and lets the wine spend 18 months in on lees before disgorgement. (bruendlmayer.at)