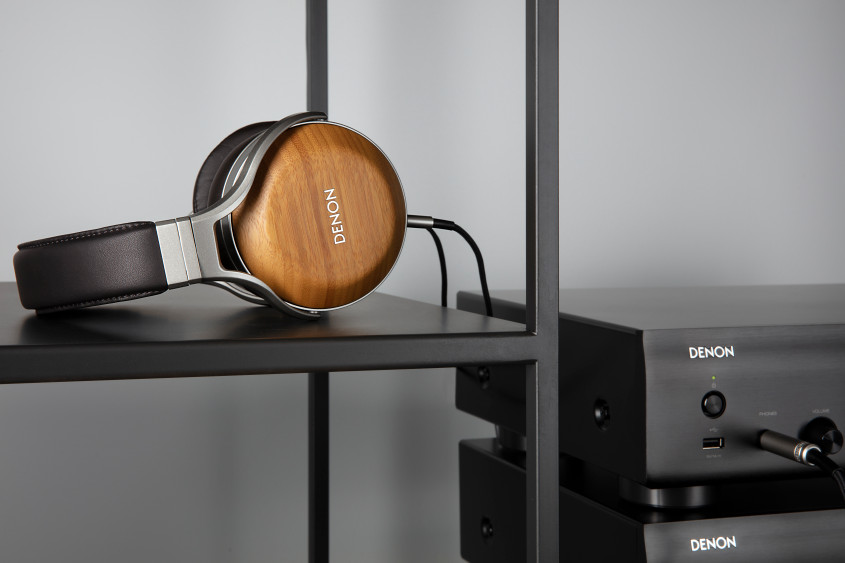 The AH-D9200s are built in Denon’s Shirakawa Audio Works facility, north of Tokyo, using bamboo (no techie advantage here – but it does mean, thanks to the graining, that no two pairs are the same), diecast aluminium and soft leather. The main technical wizardry within comes in the form of the patented nanofibre FreeEdge drivers which cancel out the uglier resonances usually contained in the diaphragm.

Two bits of advice. Firstly, ditch Mp4s in favour of lossless formats such as Flac – these headphones are capable of delivering the kind of sonic richness, clarity and nuance that has been stripped away from compression files. Secondly, whatever your tastes, try hooking up to an intimate live recording such Tom Waits’ Nighthawks at the Diner, an “Unplugged” classic or any number of post-war jazz sets – and the feeling of actually being in the room is truly overpowering.