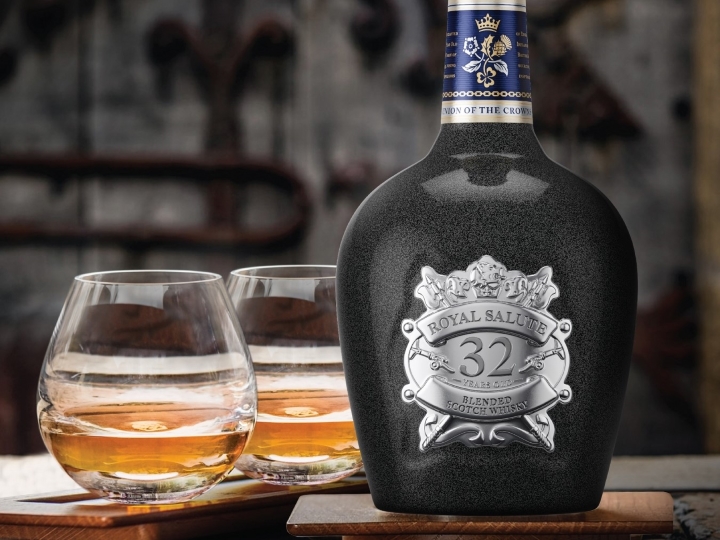 These six blended whiskies are proof that the best blends can stand alongside the finest single malts.

In the world of Scotch whisky, single malts — whiskies distilled and aged at a single distillery — command the lion's share of attention. Until the 1960s, however, single malts were created exclusively for use in blended whiskies. Even into the 1980s, when whisky drinkers said "Scotch," they were referring to blends.

Today, blends still outsell single malts by more than a 3-to-1 margin in the United States, according to the Distilled Spirits Council. But serious whisky connoisseurs tend to look down on blends, many of which are created to taste lighter, smoother, and arguably less interesting than single malts.

In recent years, producers of blends have started to up their game, using rare old malt and grain whiskies to create blends as distinctive as the best single malts. These six blended whiskies aren't just proof that the best blends can stand alongside the finest single malts, but a reminder that blending is as demanding and rewarding an art as distilling itself. Chivas Regal has long been one of the best known higher-end blended whiskies, but in the wake of the single malt boom, the brand has lost some of its lustre. Enter Ultis, $US200 (about $A265), an exciting break with the norm.

Where most blends employ many different single malts — a few dozen isn't unheard of — Ultis uses a mere five, in honour of the five master blenders Chivas Regal has employed in its history. It's also a blended malt, meaning it doesn't use any of the lighter, column-distilled grain whisky that makes up the vast majority of most blends.

The five malts used are all from distilleries in Speyside, a region known for its distinctly gentle and sweet whiskies. Accordingly, Ultis is front-loaded with soft honey and vanilla notes, along with baking spices like clove and cinnamon. The finish is long, smooth, and slightly drying. An elegant blend that would make a great introduction to Scotch whisky for newcomers. (chivasregal.com) Royal Salute was launched in 1953 with a 21 year old blend commemorating Queen Elizabeth's coronation. Since then, the brand has periodically released bottlings to honour Her Majesty (such as 2013's Diamond Tribute, celebrating her 60th anniversary as monarch) and Britain in general (62-Gun Salute, for example, honours the Tower of London).

Union of The Crowns, $US380 (about $A505), the brand's new duty free-exclusive offering, commemorates the creation of the United Kingdom (England, Scotland, and Ireland) in 1603 by King James VI.

The blend of whiskies, all aged at least 32 years, includes two from "ghost" distilleries that are now mothballed, Lochside and Caperdonich. The result is rich and luscious, a veritable dessert in a glass, with notes of dark chocolate and caramel intertwined with dark fruits and orange peel.

In typical Royal Salute fashion, the bottle is as ornate as the whisky. The porcelain flagon is embossed with a silver plaque, while the topper is a silver crown with embedded black stone. It's a conversation piece inside and out. Don't let the name fool you. There _is_ some three-year-old whisky in the new offering from the acclaimed blenders, but it accounts for less than one percent of the total volume. It's more a political statement, intended to fight the longstanding edict that Scotch whisky distillers and bottlers can mention only the youngest component in a blend.

But the other 99 percent and change of Three Year Old Deluxe, $US300 (about $A400) is, according to Compass Box, considerably older. A blend of three (mostly) Highland single malts, it has a waxy feel on the tongue, with lively notes of apples and peaches giving way to hints of smoke and dry wood, culminating in a lively, peppery finish. ( compassboxwhisky.com) Usquaebach (pronounced _oos-ke-bah_, Gaelic for "the water of life") is best known for its distinctive ceramic bottles that make it stand out on any bar or liquor store shelf. An Ard Ri (Gaelic for "the high king"), a limited edition of 2000 bottles worldwide, is the brand's first new blend in almost a quarter century.

Master Blender Stewart H. Laing used single malts aged 10 to 21 years from his own collection, including samples from well-known distilleries like Craigellachie, Glengoyne, and Auchroisk, and bottled it at cask strength, which in this case is a whopping 114.2 proof; by comparison, most blended whiskies are 80 proof.

Thanks to its high proof and the absence of grain whisky in the blend, An Ard Ri, $US200 (about $A265), drinks a lot like a single malt. Toffee, honey, and candied orange peel dominate up front, followed by dry wood, a slight earthiness and a hint of menthol on the back of the tongue and the finish. The packaging got an upgrade as well, to a spiffy blue and gold version of the traditional flagon. (usquaebach.com) The Lost Distillery Company takes on an admirable task: recreating whiskies from long-gone distilleries, using surviving information about details such as the ingredients used, distilling techniques, and so on.

To what degree they succeed is a mystery, since there are no surviving original bottles of what they're trying to replicate, and of course distilling and aging methods have changed considerably in the last century. But historical accuracy aside, they make some very fine whiskies.

Lossit, a farm-based distillery, was among the most popular brands on Islay from its beginnings in 1817 until it closed half a century later. Blending modern malts to revive the flavour of two centuries past, the modern-day Lossit, $US43 (about $A70), opens with sweet vanilla before yielding to the smoky campfire notes typical of Islay malts.

It tastes on the young side — whisky wasn't aged as long in the 1800s — but it's a fine sipper for 21st-century palates. (lost-distillery.com) Here's a blend sure to appeal to even the most finicky single malt aficionados. If a single malt contains so much as a teaspoon of another single malt, it must, by legal definition, be called a blend.

This is an example of a "teaspoon whisky" — a single cask of a 22 year old Balvenie, matured in second-fill Oloroso sherry casks, leavened with a teaspoon of Glenfiddich, its sibling distillery in Speyside. So while Burnside, $US250 (about $A335), is technically a blend, it's actually a first-rate Balvenie, with velvety honeyed sweetness morphing into dry, raisiny, sherry notes.

The finish is long and sumptuous, with lots of warmth but surprisingly little heat, considering it's a cask-strength 111 proof. Five Lions, an independent bottler, acquired only a single cask, so supplies are quite limited. (five-lions.co.uk)