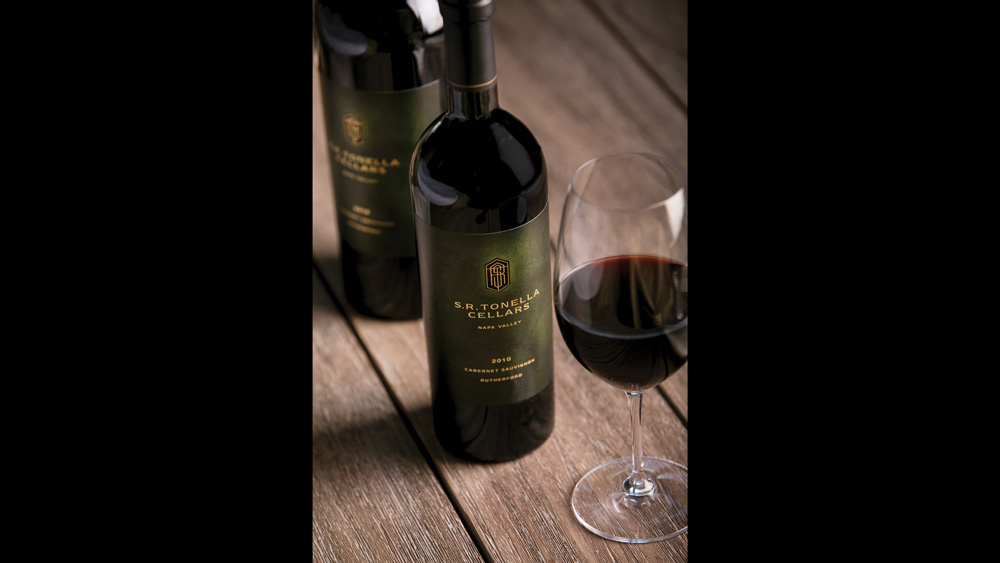 S.R. Tonella’s Cabernet Sauvignon is history in the making

In this first vintage from S.R. Tonella, the winemaker’s maverick approach pays off.

The Tonella family can speak to “Rutherford dust,” that almost mythical expression of terroir ascribed to the central Napa Valley region. “After more than 100 years and four generations of growing,” says Steve Tonella, “I thought it was time to make the finished wine.”

The four-generation pact with Rutherford fruit began with a serendipitous meeting between Tonella’s great-uncle Joseph Ponti and Georges de Latour himself of Beaulieu Vineyard. A relationship was born, and Ponti spent 43 years at BV, becoming chief of operations and acquiring his own vineyards along the way. Tonella’s grandfather eventually took over those vineyards, and the rest, as they say, is history.

With his first vintage under the family label—2010—Tonella went his own way. After 18 months in barrel, his Cabernet goes into bottle, but he doesn’t even start tasting it until three years after harvest to decide when it’s ready to release.

He wants to encourage buyers to drink the wine upon release, and cellar it only if they want to. In the vineyard, he prunes late to encourage late bud break for more hang time at the end of the season. Thus, in the cooler temperatures of fall, the fruit can develop complexity (and retain acidity) without sugar levels spiking.

In these maverick tendencies, Tonella might feel a bit like David to Napa’s Goliaths, but his wine shows the value of hand curation by a small grower-producer.

The 2014 S. R. Tonella Cellars Cabernet Sauvignon opens with whiffs of spiced plum and mocha followed by layers of generous but bright blackberry and cassis wrapped in fine-grained tannins and a hint of earthy minerality—call it Rutherford dust.