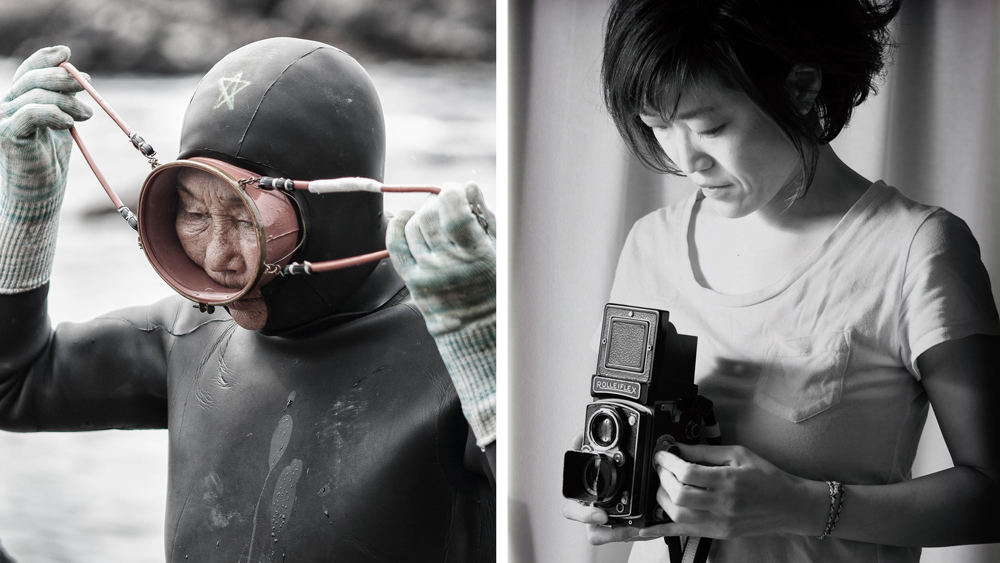 Meet the modern mermaid who is keeping one of Japan’s oldest traditions alive.

It has been more than two weeks since Aiko Ohno’s last dive. A typhoon has kept the ama and her fellow fisherwomen from their work for far too long. But storms bring abalone — the delicious molluscs native to this part of Japan — and Ohno, dressed in a hooded wetsuit with a weight belt, goggles, fins and gloves, is ready for a fruitful day’s work. Her fishing net, decorated with a star symbol and latticed pattern to ward off evil spirits, is ready to be filled.

Ohno is part of an elite group of women known as ama uminchu, who for thousands of years have hunted for seafood and pearls in the depths of the Pacific Ocean, just off the coast of Toba, in the Ise-Shima region of Japan’s Mie prefecture. One of the country’s oldest professions, dating back to the Jōmon Period (14,000 to 300 BC), the ama have long been comprised almost solely of female free divers, largely because women have more subcutaneous fat than men, and can therefore retain body heat better. And in the past, when diving suits were nothing but a loincloth, keeping warm was a matter between life and death. 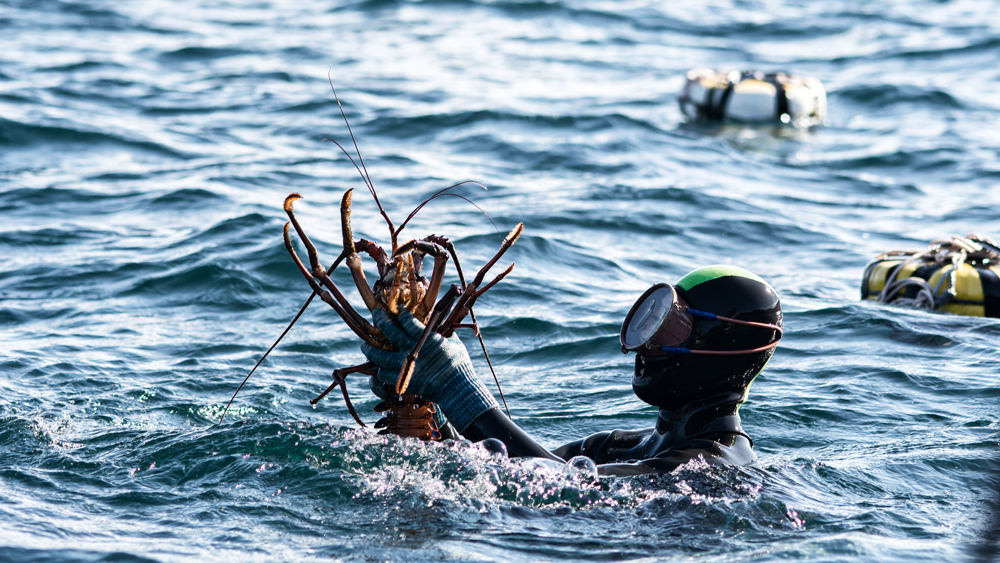 A diver surfaces with a lobster. Photo: Aiko Ohno

Today, the time-honored culture of the ama persists, though it has waned in recent decades. In 1949, there were 6109 ama in the cities of Toba and Shima, according to the Toba Sea-Folk Museum; today there are only about 760 on the Shima peninsula. In the past, the role of the ama has been passed down from one generation of women to the next. But these days, the average age of a modern ama is 65, giving rise to the fear that this revered profession may cease to exist in the near future. 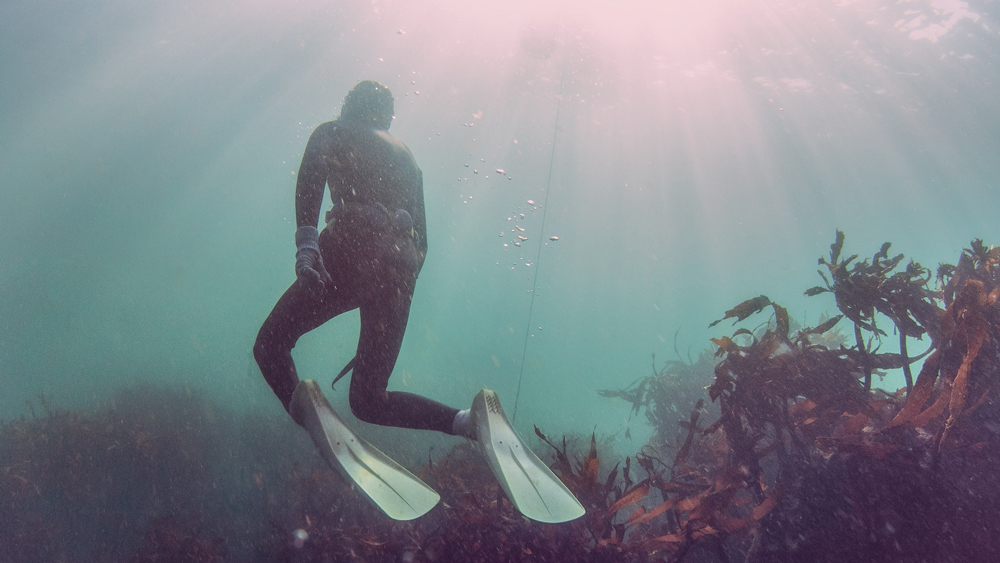 That’s where Ohno comes in. When the young woman was accepted by the Toba municipal government for an ama apprenticeship — the first ever awarded to an “outsider” — she quickly packed up her life as a professional photographer and left Tokyo for the quaint seaside village of Ijika. “I love the sea, I love the ocean, and that’s where I get to work now,” Ohno says. “It’s stress-free because instead of worrying about relationships with other people, it’s about working with nature.” A young face among the elder ama that surround her, she’s a symbol of revitalisation for this fading profession.

But revitalizing a centuries-old tradition comes with its own challenges. In the beginning, Aiko felt like a fish out of water in the small village of Toba. “I didn’t understand a word for six months,” she says of the local dialect. The locals had their reservations about the Tokyo native, too. “There was also a rumour that I had earned 2.5 million yen (about $31,000) from a national TV appearance,” she recalls. “I couldn’t help but laugh because it was so absurd.”

Three years into her career as an ama, however, Aiko feels at home in this quaint fishing town. On this early morning after the typhoon, she splits off from the rest of the ama, rushing ahead, more agile and eager than her seasoned colleagues. 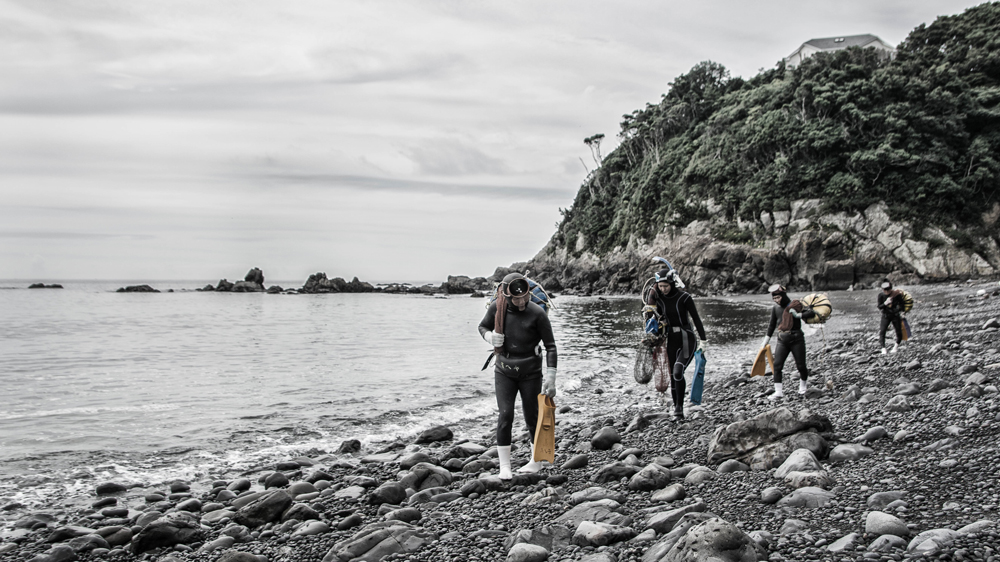 The women haul up the day’s catch. Photo: Aiko Ohno

She quickly disappears into the blue-green waters, diving up to 30 feet over and over in search of abalone. After about an hour, she climbs back onto the beach, her full net dragging behind her. She opens up the mesh pouch to reveal nine large abalone — a lucrative day’s work for sure. “It’s a good day,” she says with a smile. And hopefully one of many more to come for the ama of Ise-Shima.