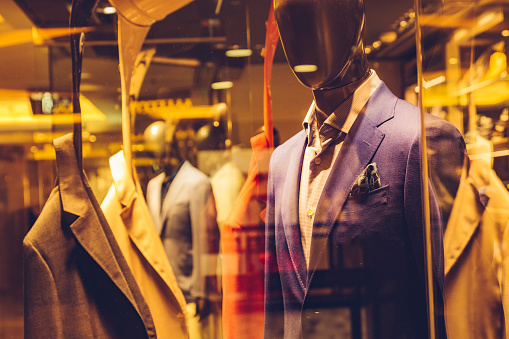 Investing in growth assets can provide an income base from which to enjoy the finer things in life – but these finer things can also be sound investments themselves.

While it’s great to enjoy luxury travel, properties and exclusive fashion and accessories, many businesses and private investors are enjoying the returns from renting, producing or servicing the very same things that deliver luxury lifestyles. You might already be both a consumer and an investor in the fashion and luxury (F&L) sector, or considering it. Naturally, the alluring world of F&L private investing holds both potential rewards and real risks.

First, some hard numbers. In 1996, the global private investments market was only $37 billion; by 2017 it had grown to $440 billion in total deal value (according to a 2018 Bain & Co report). Also in 2017, of a total of $5.2 trillion in assets being managed by private investment funds, some 39 per cent was in private equity, 11.9 per cent in venture capital, 8.1 per cent in infrastructure, 15 per cent in real estate and 26 per cent in private debt, natural resources and other categories.

The fashion and leisure sector is a lively and fruitful playground for investors. It covers categories including luxury hotels, private jets, yachts, luxury cars, watches and jewellery, apparel and accessories, and cosmetics and fragrances. In 2017 the sector had 217 successful mergers and acquisitions worldwide, with a total volume of $52 billion and an average transaction value of $293 million. (This was up from 141 deals and $39 billion deal volume in 2015). Approximately one-quarter of these deals were done by private equity and venture capital investors.

Interestingly, along with the familiar luxury hardware, some of the venture capital activity in F&L is taking place where luxury intersects with technology. As Andrew Stevens of Matadero Capital in Silicon Valley points out: “The influx of on-demand services like Airbnb, HotelTonight, Blade, Blackbird and Turo, among others, has opened the door to luxury travel and accommodation once reserved for the elite. Venture capitalists have taken notice. Investment in the travel tech space, some of which is luxury, has skyrocketed.”

As with every investment, each F&L opportunity is unique and must be considered against its risks as well as investor objectives and constraints. Private market investors in F&L may target 20-30 per cent internal rate of return for each deal (in private equity), or for a portfolio of assets (in venture capital). But actual rates of return can vary significantly, of course, and there have been some well-documented failures: the £19.5 million ($34.3 million) purchase of 90 per cent of Jaeger, a British fashion brand, by Better Capital went sideways and resulted in a £23 million write-off for the firm.

The private equity and venture capital market is, on the whole, seeing an increased specialisation of investors who understand and know their sectors and key companies and players. F&L is no different. One such example, Tyregate Capital, is a private equity firm that has a dedicated Luxury Fund (TLF) and an affiliate venture capital fund that specialises in information and communication technology and luxury design firms.

The dominance and appetite for growth of the largest corporate consolidators in the F&L sector makes it difficult for private equity firms to conduct large buyouts, but likely helps smaller private equity and venture capital investors find exits for their opportunities. Notably, LVMH Moët Hennessy Louis Vuitton SE has been an active acquirer for its well-diversified brand portfolio, which includes Belvedere, Dom Perignon, Fendi, Givenchy, Acqua di Parma, Guerlain, Bvlgari and Hublot, among others. In April 2017, LVMH gained control of Christian Dior Couture in a two-part deal valued at around $13 billion. Coach’s 2017 acquisition of Kate Spade & Co further exemplifies the rampant consolidation in F&L.

The increased F&L consumer and investment demand in Asia and the Middle East appears to be an opportunity for globally minded investors to take mid-sized local players into the most lucrative jurisdictions. Landmark acquisitions such as last year’s $6.8 billion buyout of China’s Belle International, a women’s footwear retailer, gave Hillhouse Capital Group and CDH Investments a foot in the door (pardon the pun) of the Asian F&L market.

The rising trend towards e-commerce and digitisation, coupled with the reluctance of some high-end fashion brands to accept e-commerce and its apparent contradiction of exclusivity, creates golden opportunities for adventurous investors who embrace cultural and technological change. Which, it would seem, describes someone who deeply appreciates the lure of far-off destinations and innovative, intricately engineered luxury products.

To that end, there’s another aspect to investing in luxury. “You can profitably invest in your passion,” says Sydney-based finance and property advisor Marwan Rahme. “Fine wine, fine art, luxury properties, classic cars – there can be more than just the emotional rewards of owning and appreciating these things.”

Rahme cites an annual index of such collectibles, the Passion Index, maintained by Coutts in the UK: vintage coins and classic cars have each recorded average annual returns of better than 10 per cent, for the past 12 years.

• Kunwar Singh does public equities research for a multinational investment bank, his opinions are his own – www.linkedin.com/in/kunwarsingh4/