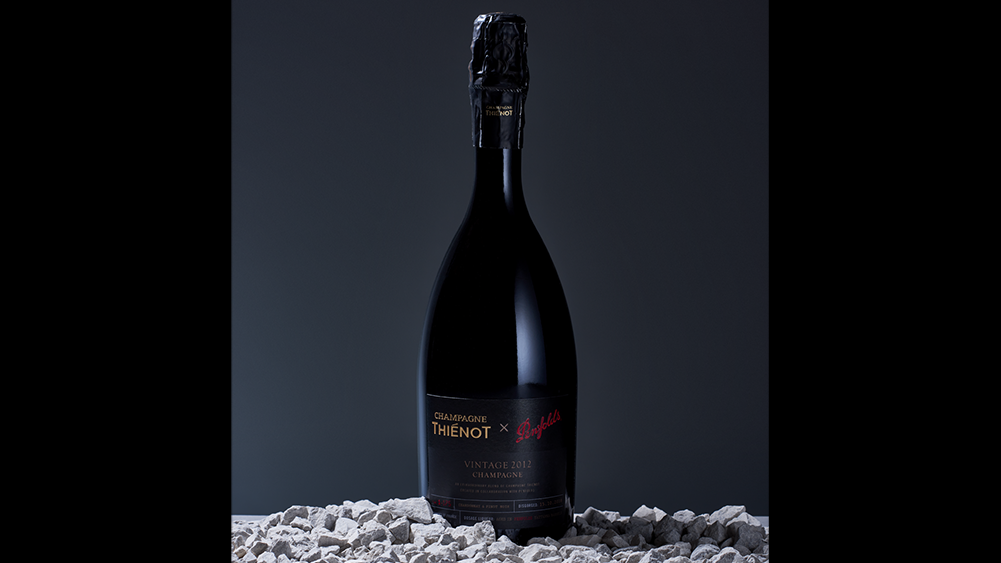 Penfolds Just Popped the Cork on Its First Ever Champagne

And yes, this cuvée was made in France.

It’s not easy to make wine in a country not your own—just thinking about navigating local and national regulations prevents most global collaborations from co-fermenting. You have to want it bad. And Australian wine producer Penfolds did. Or rather, the brand’s chief winemaker, Peter Gago, did. It had been 25 years since he’d made sparkling wine, and he was intent on doing it again—this time not locally but in France itself.

The result of his determination is Penfolds’s first Champagne: a 2012 cuvée ($280)—an equal split between Pinot Noir and Chardonnay—which recently hit the shelves. Gago says he was going for a style somewhere between “big and delicate fairy floss. Elegant, but it has power beneath it.” The wine tastes light on its feet with a surprising burst of fruit on the finish.

Gago, who is revered for Grange, his award-winning Syrah, has long had a taste for bubbly; it was the subject of his bachelor’s thesis, and his first position as a vintner was making it. He’s also an enthusiastic collector. “No matter how much Champagne you have in your cellar,” he says, “it’s never enough.”

Penfolds had an established business relationship with French grower-maker and distributor Thiénot, which distributes Penfolds wines in France. “Whenever we’d launch a new one,” Gago says, “Champagne was poured.” He thought it would be more appropriate if it were a Penfolds Champagne. Soon a concrete plan emerged for the two companies to join forces and work with independent grape growers in much the same way he does in Australia. “This is just the toe in the water,” Gago says, anticipating an even bigger splash in the future. “The whole body will be in the water when we buy one of the single vineyards.”