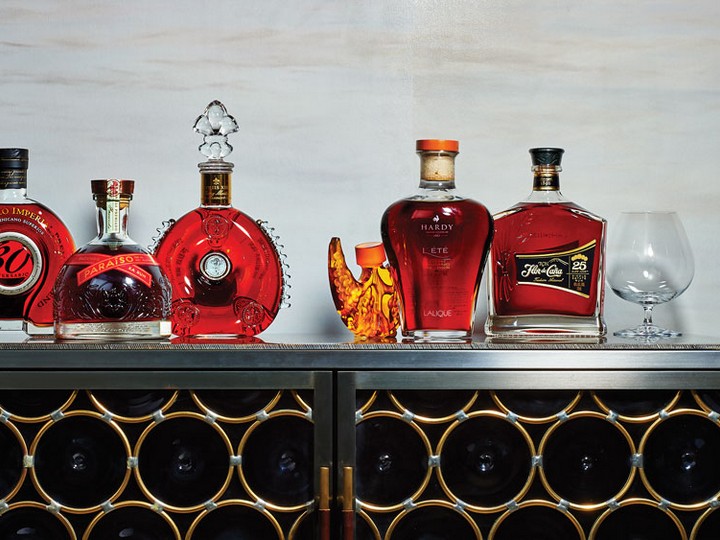 Unlike spirits investors who seek out rare bottles based solely on their potential for monetary appreciation, collectors are interested in distilled rarities for their own sake.

Unlike spirits investors who seek out rare bottles based solely on their potential for monetary appreciation, collectors are interested in distilled rarities for their own sake, either as a special spirit to personally enjoy and share with others, because of a brand’s interesting history, or simply as a hard-to-find bottle that fills a niche in an already well-stocked home bar. “Start with what you enjoy most,” advises Jeff Zacharia, president of Zachys Wine Auctions, Inc. Whether that is a single category, such as bourbon, or a particular style, such as peated malts, “collecting is about enjoyment,” he says. It also pays to be informed about the spirits world, not only to broaden your knowledge and appreciation of spirits but also to become aware of new variations coming out and others that are being discontinued, thus very possibly becoming even more collectible in the near future. Whisky collector Mahesh Patel, creator of the sourcing service Whisky Concierge, recommends that novice collectors attend events and join local spirits clubs to learn more about their particular passions. “Learn from the experts,” he says. “Try to buy your products from respected retailers who carry premium spirits [and] connect with other collectors, who can advise you on certain bottles.”

Zacharia suggests establishing good relationships with reputable dealers and buying from accredited spirits auction houses. Both methods can help guard against inadvertently purchasing counterfeit whiskies, which are becoming more prevalent as the growing number of collectors has fueled an increased demand for rare bottlings. Zacharia points to a few brands that are solid additions to most collections: Scotland’s the Macallan and Highland Park, as well as Yamazaki and Nikka from Japan, and some limited-edition bourbons from the Buffalo Trace Antique Collection. To that, Patel adds Scotch whiskies including Ardbeg, Bowmore, Dalmore, Balvenie, and Royal Salute. Although the hunt for and acquisition of rare bottles can be both challenging and rewarding, most experts agree that collecting them is largely — and quite literally — a matter of personal taste. The most important thing to realise about this velvety and extremely aromatic whisky — which is aged in a combination of Spanish sherry butts, American-oak sherry barrels, and ex-bourbon casks — is that it is being discontinued. The reason? To conserve existing stocks of whiskies aging in the Macallan warehouses and to stretch the supply of sherry butts, which are much more expensive than bourbon barrels. That means whatever bottles that buyers encounter online or on purveyor shelves will not be replaced once they are sold. Consequently, Charlie Whitfield, manager of brand education and prestige whiskies for the Macallan, predicts that the Fine Oak 30 Years Old (US$3,000 ($A3770)) — along with the Fine Oak 21 Years Old (US$550 ($A690)), which is also being discontinued — “will soon become collector’s items when supplies run out.”

When it comes to whisky, wood — specifically the oak used to make the barrels in which the spirits age — is one of the most dominant factors in creating flavour. And while ex-bourbon and sherry barrels are most often used, it took Japan’s leading and most collectible brand, Yamazaki, to create something that had never existed before: a whisky that has been aged from 18 to 50 years (rather than just finished) exclusively in barrels made from Japan’s proprietary mizunara oak. This hard, yet porous wood is sourced from the ancient forests of Hokkaido and imparts a distinctive spiciness and incense-like flavour to this rare dram. Needless to say, quantities of the Yamazaki Mizunara Cask 2017 Edition (US$1,000 ($A1250)) are extremely limited, and prices will probably be higher on the secondary market in a few years. This is an annual offering of 9,000 individually numbered bottles, each housed in a handsomely embossed tin. But with only 600 bottles allocated to the United States each year, they tend to disappear rapidly into the hands of serious rum collectors. Aged in French-oak barrels previously used for Bordeaux wines, the Ron Barceló Imperial Blend 30 Aniversario (US$120 ($A150)) has an intense amber hue that foretells rich flavours of dried fruits, vanilla, and caramel-coated chocolate and melted toffee.

On February 4, 2012, to celebrate Bacardí’s 150th anniversary, company chairman Facundo L. Bacardí — the great-great-grandson of founder Don Facundo Bacardí Massó — proposed sharing the family’s private rum reserves with the rest of the world. The ultimate expression of the four rums that were created was Paraíso (US$250 ($A315), which means “paradise”: a blend of rums aged 16 to 23 years representing some of the oldest in the Bacardí cellars. A few younger rums were also added to help tame the powerful flavours. This rum was then finished in XO Cognac barrels. Its multiple layers of almonds, candied licorice, and a touch of smoke demand that this rarity be savored in a snifter.

In 1874, Paul-Emile Rémy Martin registered the Louis XIII name. Since then, this classic Cognac has evolved into what many consider the ultimate digestif. Composed of 1,200 eaux-de-vie ranging in age from 40 to 100 years, the Louis XIII Cognac (US$3,500 ($A4400)) is easily recognisable on any wet-bar shelf by its distinctive Baccarat crystal decanter, which is styled after a 16th-century flagon from the Battle of Jarnac. Of course, if a collector wants to play one-upmanship, the Louis XIII Legacy (US$15,000 ($A18,850)), released last summer, is a limited-edition Baccarat crystal magnum decanter presented in a calfskin coffret and signed by four generations of Louis XIII cellar masters. Only 500 were produced. Many spirits become part of a series before collectors are aware of it, thus obliging completists to play catch-up by trying to acquire all of the earlier releases. Not necessarily so with the Hardy Four Seasons Collection, a series of Grande Champagne Cognacs created to pay homage to the seasons: spring (le printemps), summer (l’été), fall (l’automne), and winter (l’hiver). The blends used in the Four Seasons series are made from six eaux-de-vie originally set aside between 1919 and 1940 by Armand Hardy, whose grandfather Anthony Hardy established the famous Cognac house in 1863. A distinctive new “season” is introduced every 2 years. Fortunately, with just four offerings, only two — Le Printemps and the recently introduced L’Été — have been released thus far (retailing between US$15,500 ($A19,475) and US$15,900 ($A19,980)), making it possible to start now and eventually complete the series. The challenge is in trying to acquire the limited number of bottles that have been allocated to the United States.

Nicaragua doesn’t produce just fine cigars. Ever since 1890 — long before the first tobacco crops were planted — the Pellas family has been distilling what has become Central America’s finest estate-grown sugarcane rum. Although famous for its 18 Year Old, Flor de Caña also produces a harder-to-find Centenario 25 Year Old Single Estate (US$140 ($175)), the epitome of its offerings. The nutrient-rich volcanic soil in which the sugarcane is grown, and the ex-bourbon barrels (which are sealed with plantain leaves) that are used to age the distillate, give this spirit a thick, fruity caramel-and-cocoa nuance that lingers on the palate. The rapid evaporation caused by Nicaragua’s climate makes this a rum that can be produced only in very limited quantities. This is the first Canadian blended whisky to appear in the Orphan Barrel line, and it is one of the brand’s best spirits to date. At 25 years, it is also one of the oldest, but unlike some other long-aged whiskies, Entrapment (US$150 ($A188)) does not reek of wood. Befitting its Crown Royal legacy, it came from a small amount of leftover blended spirits from a 1992 bottling of Crown Royal Delux that was “entrapped” in barrels (hence its name) for a quarter of a century. With a mash bill of 97 percent corn and 3 percent malted barley, it is plump with apples, toffee, and lightly toasted floral cedar. There isn’t a lot of Entrapment to go around, but it is one of the best Canadian whiskies to come out of the Gimli, Manitoba, distillery in, well, 25 years.

You can’t have a bourbon collection without having at least one bottle of Pappy 23, as it’s known to aficionados. But you can expect to pay substantially more than the suggested retail price of US$330 ($A415). Zachys Wine Auctions puts a pre-auction estimate for an upcoming bottle of Pappy Van Winkle 23 Year Old at US$1,800 ($A2260) to US$2,600 ($3260), and the Picasso restaurant at Bellagio in Las Vegas charges US$425 ($A530) for a 44mL pour. Is it worth it? That is in the eyes of the collector, but for the record, it is an excellent meaty and robust bourbon, and one of the few that comes with its own fan club. That is why, upon its release every fall, it almost immediately sells out.