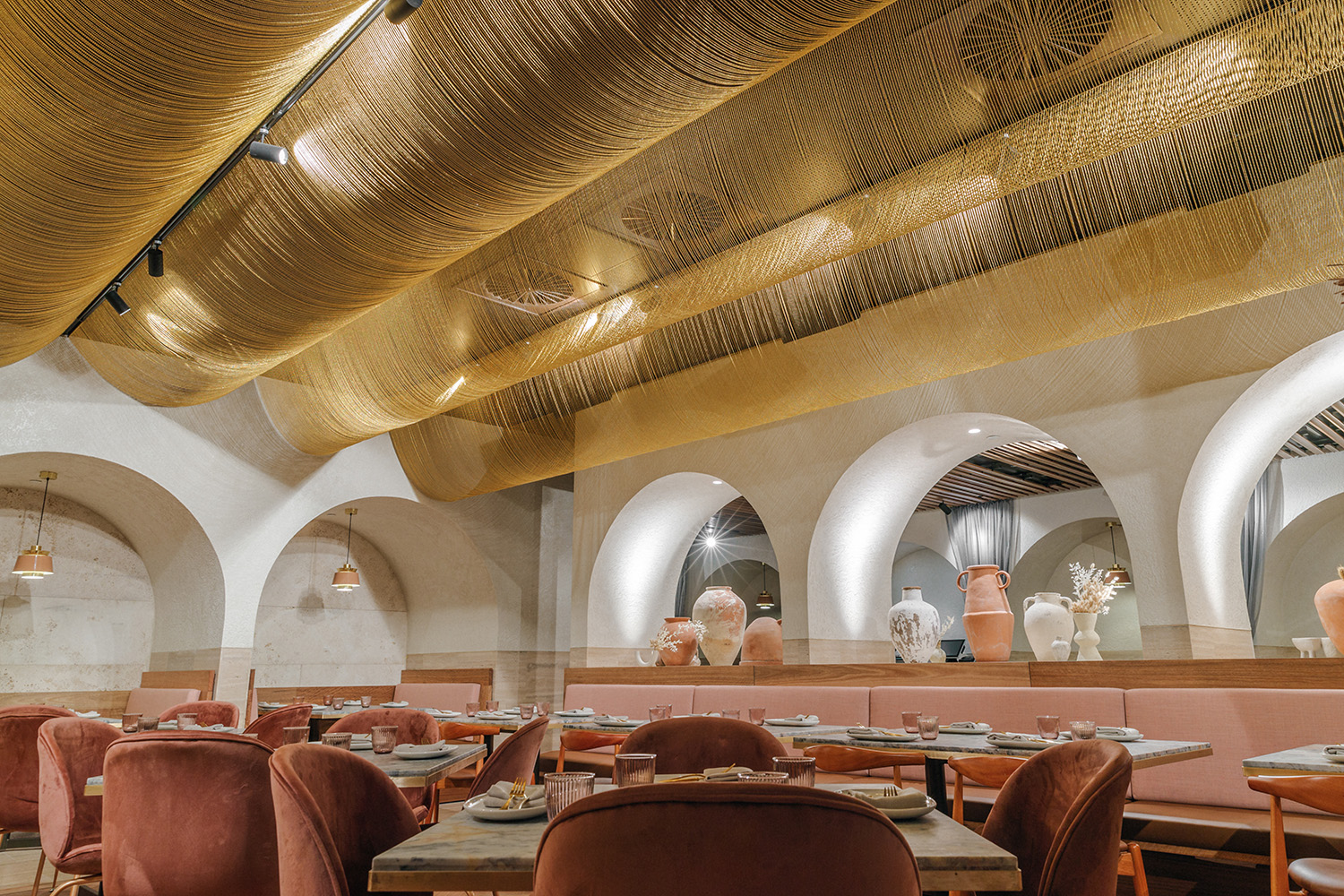 Nothing succeeds like excess at new Sydney rooftop bar and restaurant Babylon.

On the rooftop of Sydney’s Westfield Pitt Street is Babylon, a massive Levantine-inspired bar and restaurant (for the unfamiliar, the Levant historically occupied the region of Syria but is also used to refer to Eastern parts of the Mediterranean and North Africa) that aims to marry the ancient with the new. 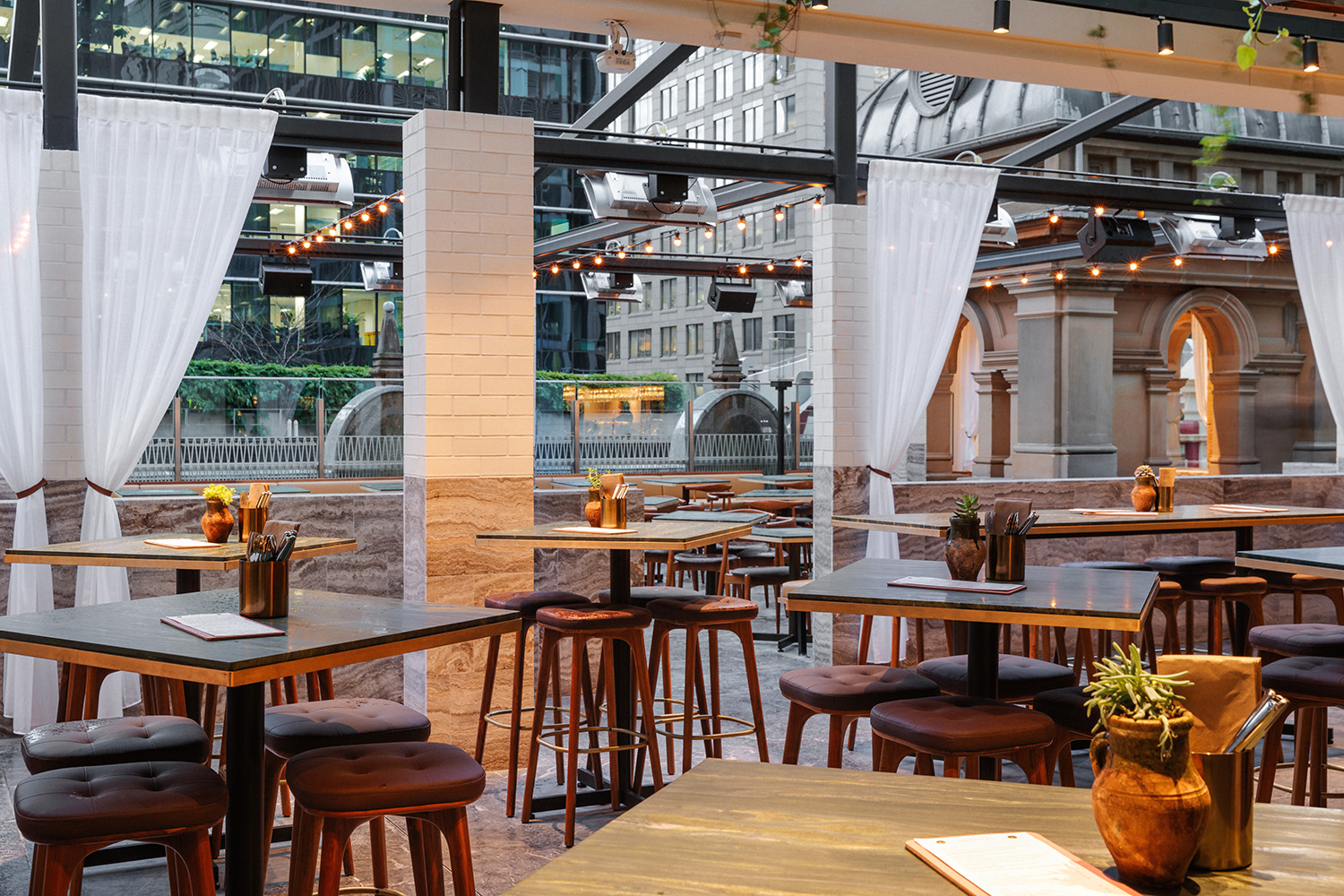 From the design to the bar menu, everything about the 12,000-square-metre venue suggests Babylonian excess. The whisky list boasts over 250 varieties, of which 150 are single malts, coupled with more than 400 bottles of international and local spirits. The wine list also features 300 bottles displayed on three wine walls – ensuring diners are spoilt for choice. 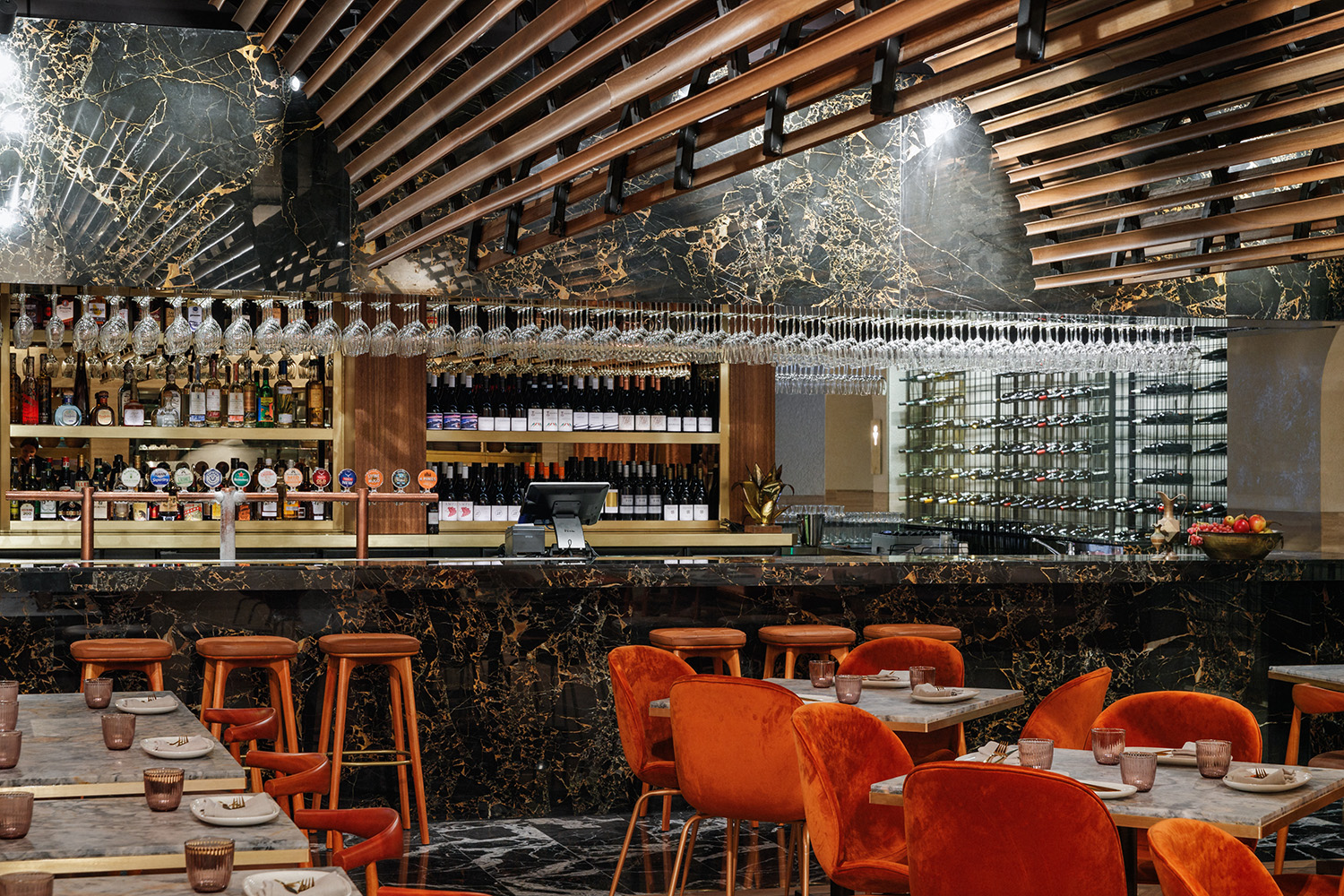 The design, by architects Hogg & Lamb and interior designers Stewart + Highfield, features a nod to the Hanging Gardens of Babylon, with the terrace featuring trailing upright plants, tables topped with Verde Fusion marble from Brazil and sandblasted black stone marble floors from northern Spain. Inside, the private dining room has tailor-made Ege carpet and a canopy of gold beaded chains, while tables combine green and gold marble and brass. 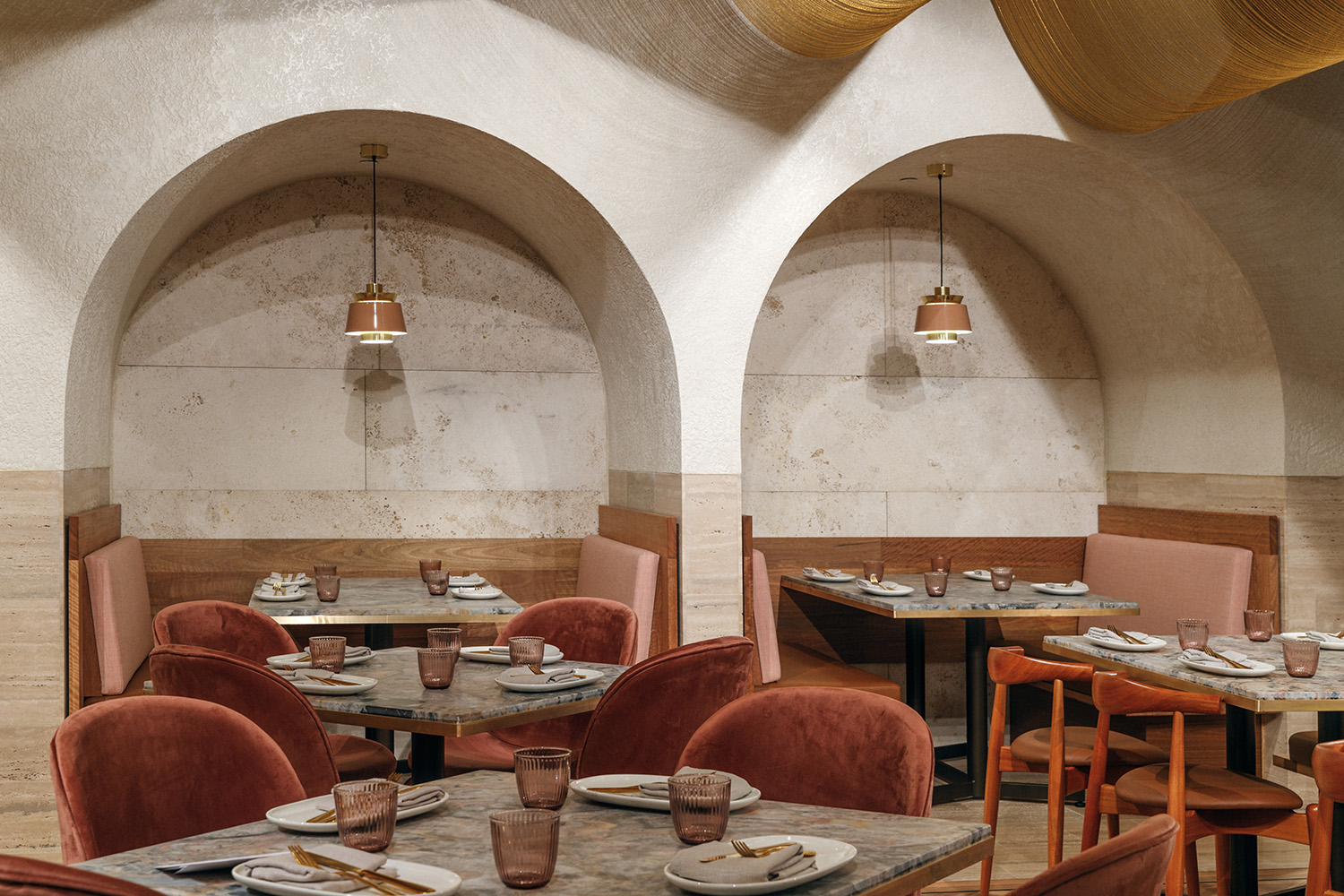 The bar manager, David Nutting (ex-Restaurant Hubert and Eau de Vie, among others) brings the flavours of the Middle East and Eastern Mediterranean to bear in crafted cocktails that match the drama of the space, such as the Beykoz, combining Ketel One vodka, sweet vermouth, house-made watermelon soda, hibiscus, rosehip and pomegranate, or the bottled Martini Alla Turk, featuring house roasted cumin seed and rosemary vermouth.

“The cocktails needed to make as much of a statement as the Babylon venue design does. They’re rich in colour and taste and together with the whiskies and broader spirits offering are the perfect complement to the space and food,” says Nutting. 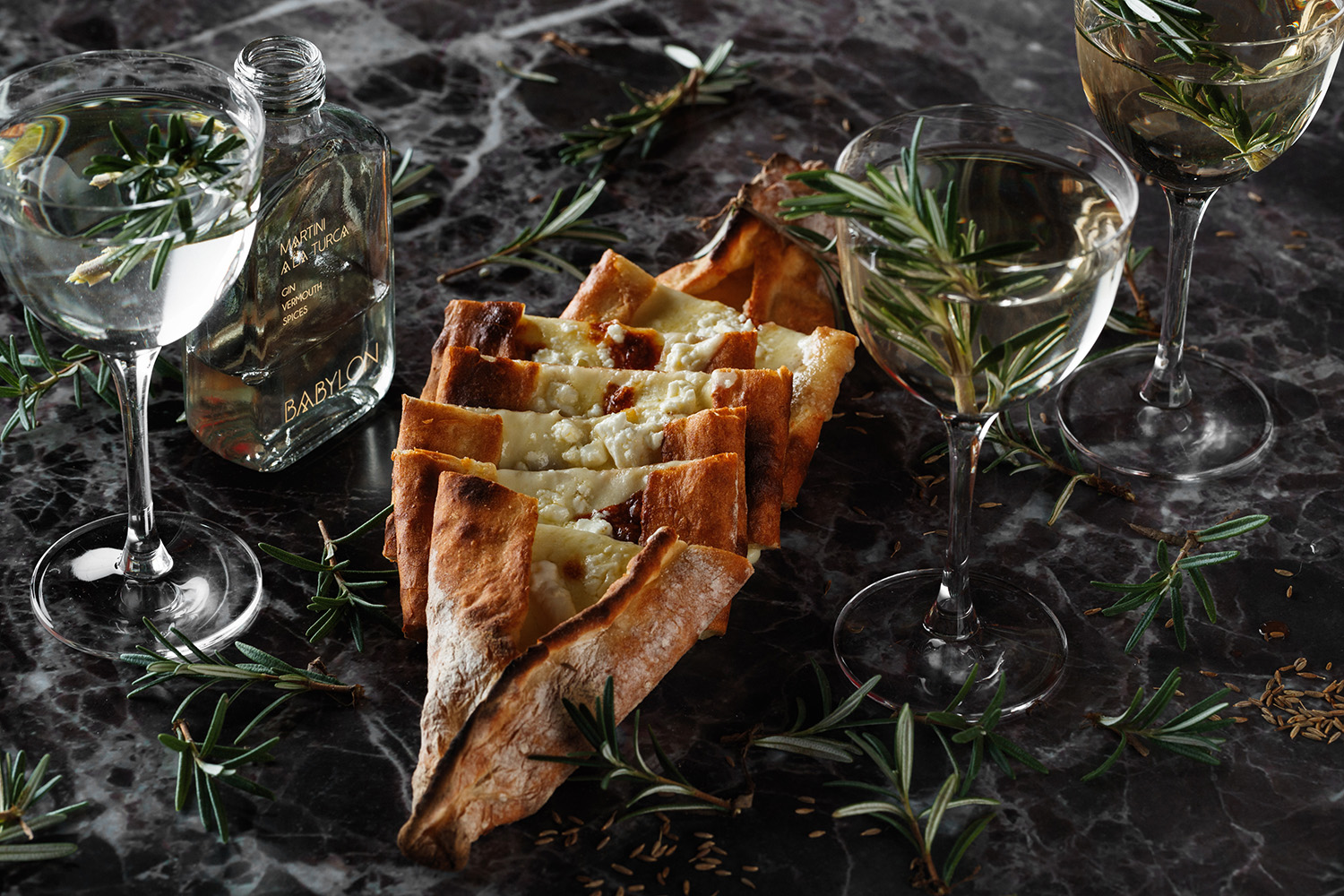 Head chef Arman Uz (formerly of Efendy) has drawn inspiration from his childhood in Turkey for the menu, as well as countries like Lebanon, Cyprus, Israel and Egypt.

“The menu draws upon food experiences of my youth, such as eating hummus from street vendors who make it fresh-to-order, recipes handed down within my family, as well as broader Levantine influences. One thing all these cultures agree on is that food should be shared and that’s at the heart of Babylon’s menu in both the bar and the restaurant,” says Uz.

While the bar menu is filled with Mediterranean morsels like Turkish chillies and molasses, sucuk, kasari cheese and roasted pepper pide, and falafel with pickles and bread, the restaurant extends on these influences with dishes including chilbir – a punchy dish of dukkah crumbed duck egg, garlic yoghurt and burnt chilli butter; 12-hour braised lamb neck, with yoghurt mint and chilli butter; or sayaideh, an aromatic rice dish of pan-fried snapper, baharat, pistachio and tarator. 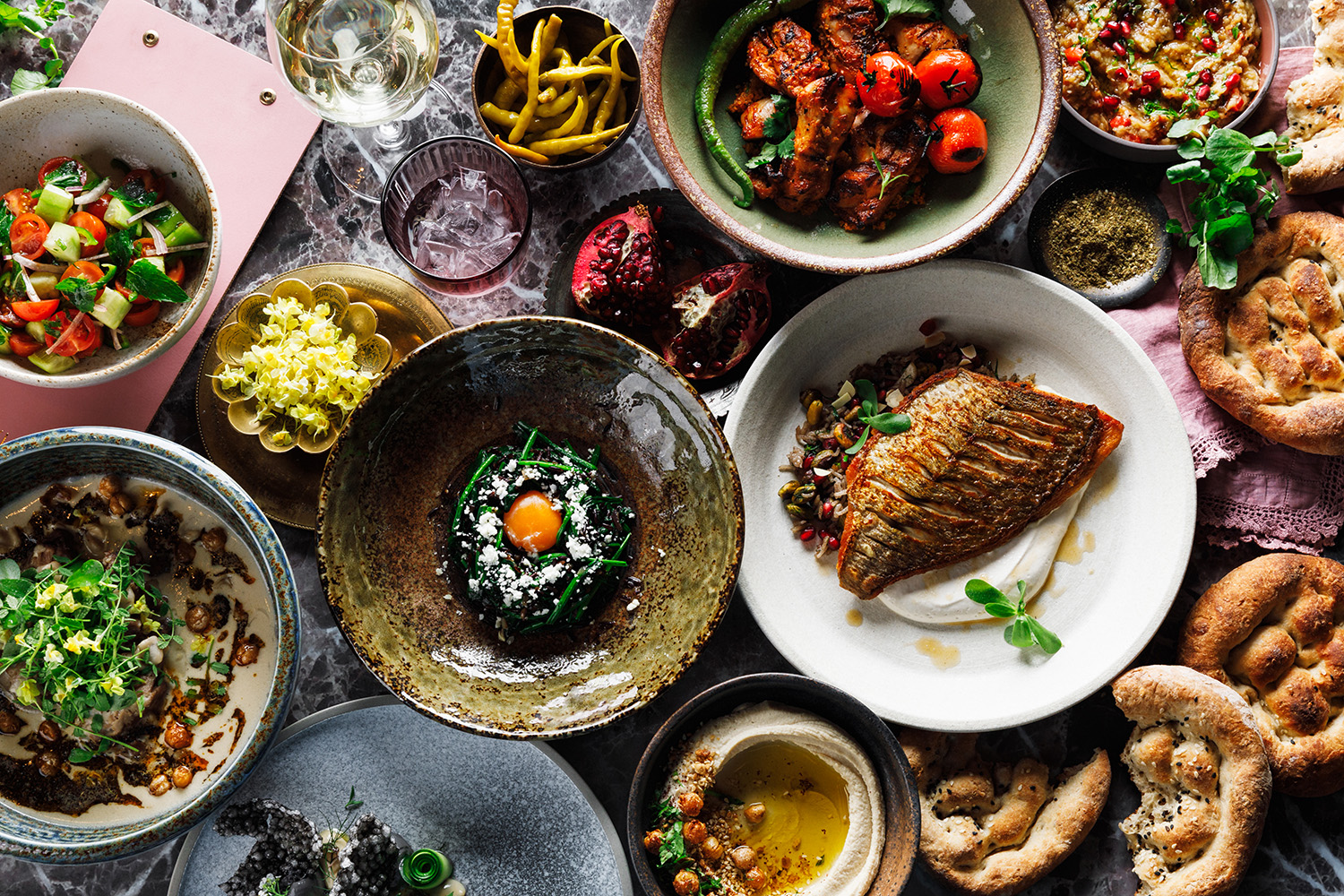