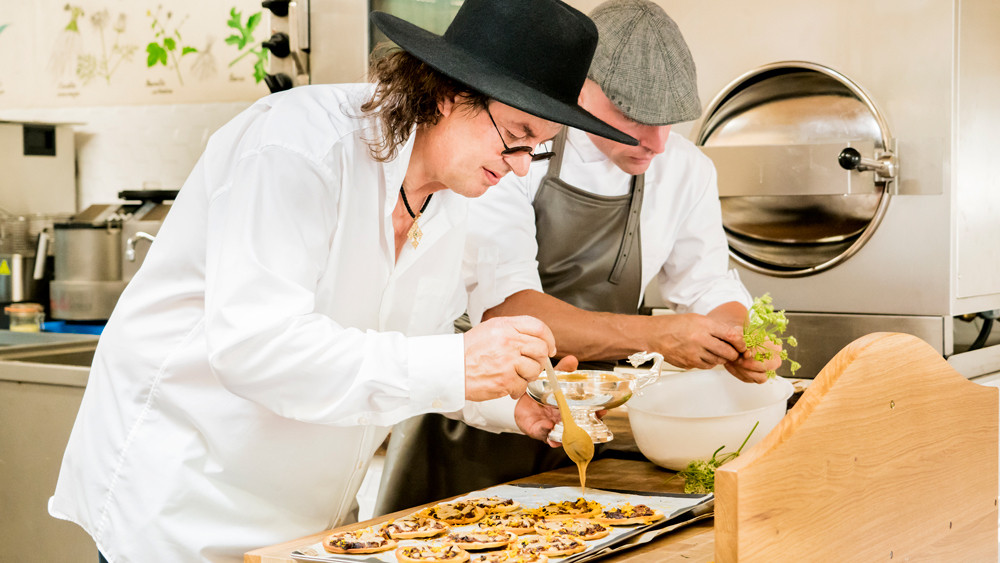 An extremely eventful announcement of the 2019 French Michelin Guide.

Michelin has the reputation of being pretty staid and subdued- sometimes to its detriment. That certainly wasn’t the case last night. The tyre company–turned–dining directory sent shock waves through the culinary world when it announced its stars for 2019 in France.

Worldwide there are only 125 restaurants that have Michelin’s highest rating of three stars. So when Michelin rolls out a new guide, and a restaurant either gains or loses that coveted third star, that’s a pretty eventful announcement. In the new France guide, not one, but two restaurants ascended to Michelin’s highest level. But even more surprising was that three places were demoted to two stars- including a restaurant that had held the top distinction for 51 years.

The intrigue didn’t end there. In another unexpected move, Michelin has included Sébastien Bras’s restaurant in the guide again, a year after they honoured the legendary chef’s wishes to take back his three stars and not be listed anymore. Bras has reappeared with two stars. The chef expressed surprise upon learning he’d earned back the honour he didn’t want, taking to Facebook to express his thoughts. “We are no longer concerned; neither by the stars; nor by the strategies of the guide,” Bras wrote. “I expressed my position last year and am still in the same spirit; with still and always the trust of our customers.”

As for winners and losers of the day, the two big winners were Mauro Colagreco’s Mirazur (No. 3 in last year’s World’s 50 Best List) and Laurent Petit’s Le Clos des Sens each graduating to three stars.

But the day’s biggest shocks came from the three restaurants receiving demotions from three stars to two. In Alsace, Auberge de L’ill has been open for 150 years and had three stars for the last 51, until the new guide was released. Marc Veyrat, whose restaurant La Maison de Bois just earned its third star a year ago, was knocked back down to two, leaving him perplexed. “I’m terribly disappointed. I can’t understand it at all,” Veyrat told AFP. “I will stay combative and stand by the team in my kitchen.” And the esteemed Pascal Barbot’s L’Astrance in Paris was downgraded after 11 years on top.

In total, this year’s France list saw 75 restaurants earn their first star or see themselves bumped up to two or three, including Le Sarkara in Courchevel, the first-ever dessert-only restaurant to EARN one. In total there are now 632 establishments in France boasting at least one star: 86 have two, and 27 have earned three.