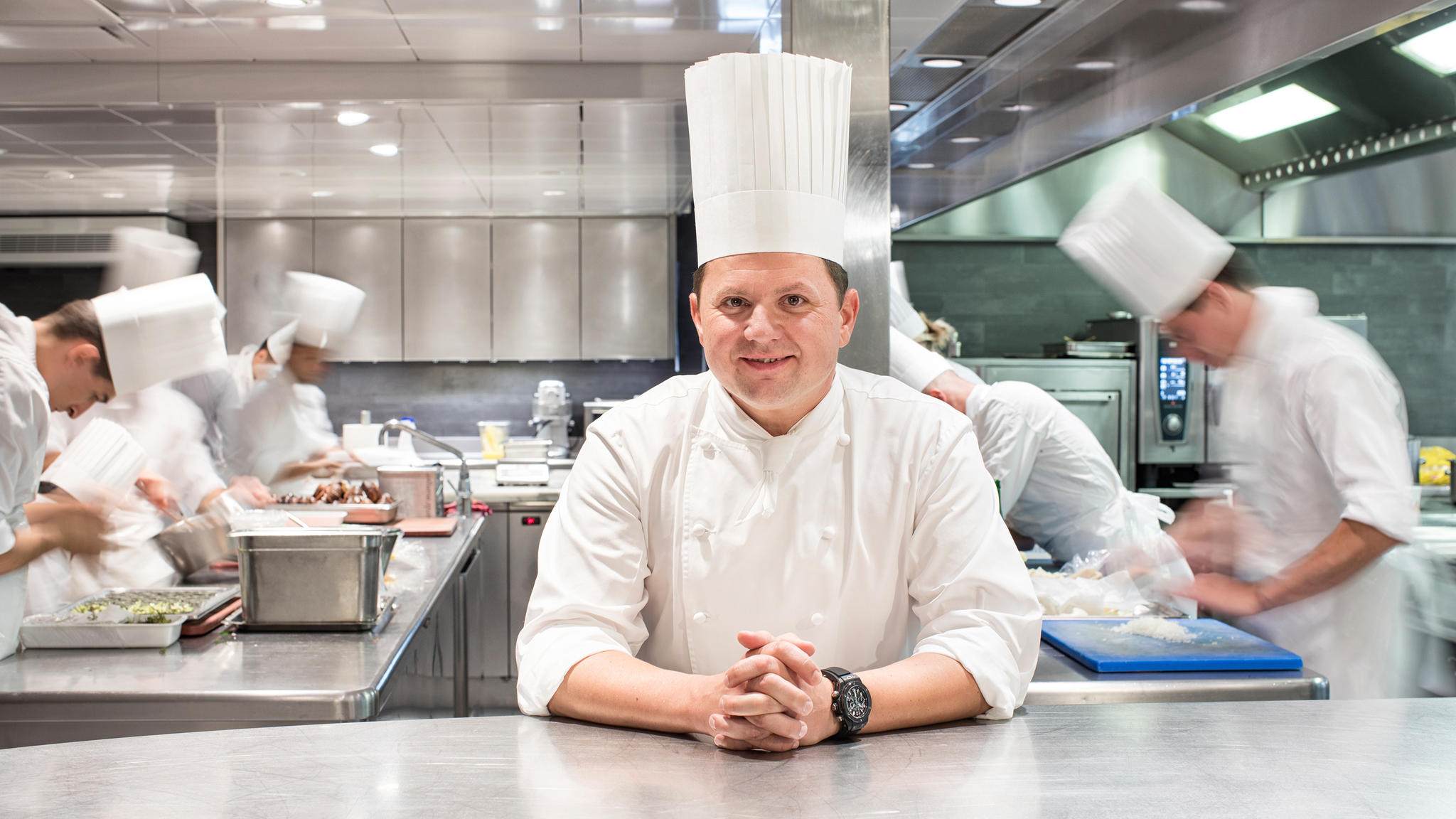 It is hard to approach B. Violier, nestled in an elegant former town hall in suburban Lausanne, without thinking of the tragic back story.

In the last days of 2015, B. Violier (restaurantcrissier.com) was named as the world’s best restaurant in La Liste, published by the French Foreign Ministry. Within weeks Benoît Violier, the popular young head chef, took his own life.

The local newspaper printed its entire front page in black; nobody could work out why such a high had been followed so quickly by this wretched low.On a much brighter note, the restaurant has continued with great success under the management of Benoît’s determined widow, Brigitte Violier.

Each course showcased exquisite design and original flavours. There was theatre too, the silver cloches being lifted from dishes simultaneously by suited staff who arrived at all the right moments.

Highlights of this elevated gustatory experience included glazed crab cooked in a Leytron pinot blanc with Belgian caviar to the side, and tiny cups of duck foie gras filled with mulled spices and pear chutney.

There were complex langoustine, brill, leek in truffle sauce, and Bresse chicken presentations; the cheese board brought 34 options, and was followed by two desserts, then artistic “candies” (cheese, then dessert, being the correct order in the Francophone world).