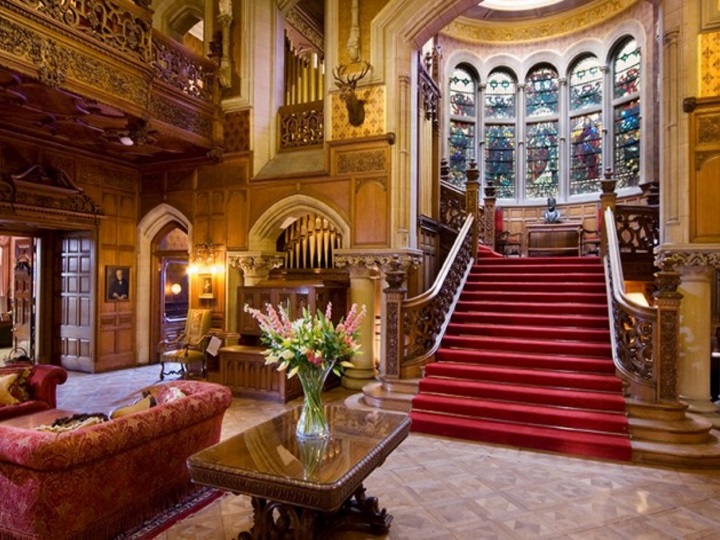 Inside the world’s most exclusive member-only clubs

Havens of culture and creativity, they lure members with professional connections, pampering amenities, and, above all, utter exclusivity.

The private club has a long and gentlemanly history, originating in 18th-century London as a retreat for like-minded — and, by all accounts, well-heeled — men of a certain social status.

Today, while the general concept remains the same, social clubs have evolved into au courant havens of culture and creativity, luring members with professional connections, pampering amenities, and, above all, utter exclusivity. Read on for the inside scoop on 10 of the world's most elite private clubs, and most importantly, how to join. Located in the heart of Midtown Manhattan, Core Club updates the notion of stuffy old-school social clubs by tapping in to today's freewheeling digital zeitgeist with an emphasis on discovery and innovation. You don't have to be a member to book one of the 57 guest rooms, but a few coveted spaces — including the House's lounge and restaurant — are reserved only for bona fide card carriers.

Membership: Around $US1950 (about $A2550) annually, plus $US450 (about $A590) initiation fee; membership includes access to other Soho House locations worldwide. (sohohousebarcelona.com) With a membership drawing primarily from government and business sectors, Dubai's bustling Capital Club provides a hub for connecting personally and professionally.

Aside from the usual culinary amenities, the club offers business services and spaces for meetings and presentations. A busy social calendar includes a series of lectures and discussions led by prominent speakers who address issues that span socio-political, commercial, and cultural concerns — from Brexit to the recent U.S. elections. A world apart from its chic city counterparts, the Carnegie Club at Skibo Castle is a vast country estate set on 3240 hectares in the Scottish Highlands. Named for Andrew Carnegie, who restored the estate for his grand summer residence, the property has been meticulously refurbished and preserved.

The castle's 21 guestrooms or 11 freestanding lodges give guests a home away from home for classic country holidays filled with horseback riding, shooting, fishing, swimming, tennis, and golf. When Charles Dickens and his fellow luminaries founded London's Arts Club in 1863, they sought to create a forum for devotees of art, literature, and science. The club has since evolved into a posh Mayfair gathering spot with acclaimed eateries and a diverse calendar of music, cultural, and art events.

Recently, the Arts added 16 guestrooms reserved exclusively for members and their guests. Infused with art deco flair, the chic suites are decorated with more than 40 original photographic works that have broadened the club's permanent collection of contemporary art works. Set within a former residence in the city's trendy Palermo Soho barrio, the property features a swimming pool, a garden, two bars, and four guestrooms. The ambience is intimate and artsy, with original Warhols hanging in the lounge, where members can share a drink with local artists displaying their works in rotating exhibitions.

Membership: Around $US600 (about $A785) per year, with access to sister members' clubs around the world. (clubhouseba.com) Toronto's arts and entertainment influencers converge at the Spoke Club, located in an antique brick building on the King West strip.

The club's versatile gathering spaces for working, learning, eating, and drinking include a gallery for art exhibitions, a screening room, a library, a wine cellar, a private dining room, and the rooftop Glass House with panoramic views of the T-dot skyline. Located within a landmark 19th-century building, the South Kensington Club adds a vital health-and-wellness angle to the typical mix of culture and cuisine.

Top-notch fitness facilities include three studios offering everything from hot yoga to boxing, while the bathhouse features banyas, hammams, a saltwater Watsu pool, and treatment rooms for spa therapies.

The club's Voyager Program merges motivational lectures with related expeditions and training to inspire members to venture beyond their comfort zones. San Francisco's invitation-only social club is strict on the "social" component: Computer-use and business talk are discouraged to maintain a laidback and leisurely atmosphere. Located within a 5390-square-metre former marble factory in the Financial District, the Battery keeps things convivial with four bars, a wine cellar, a library, an outdoor garden, and a wellness centre that features a gym and spa.

There is also a restaurant and 14 guest rooms, including a penthouse with panoramic views of the Bay Bridge. The focus on leisure — whether art, wine, food, or fitness — is advanced with a full roster of events and seminars, including exhibitions, tastings, and musical performances.

Membership: $US2400 (about $A3140) per year; applicants must be nominated by an existing member. (thebatterysf.com) Little Beach Club Malibu may be Soho House's most elite outpost to date. The sunny Californian club, set within a modern beach mansion just off Pacific Coast Highway, has its own standalone membership, reserved only for locals.

For those who make the cut, the rewards are many. The vibe is barefoot chic, with wining and dining spaces that encourage members to eat, drink, and relax both on and off Malibu's most exclusive strip of sand.