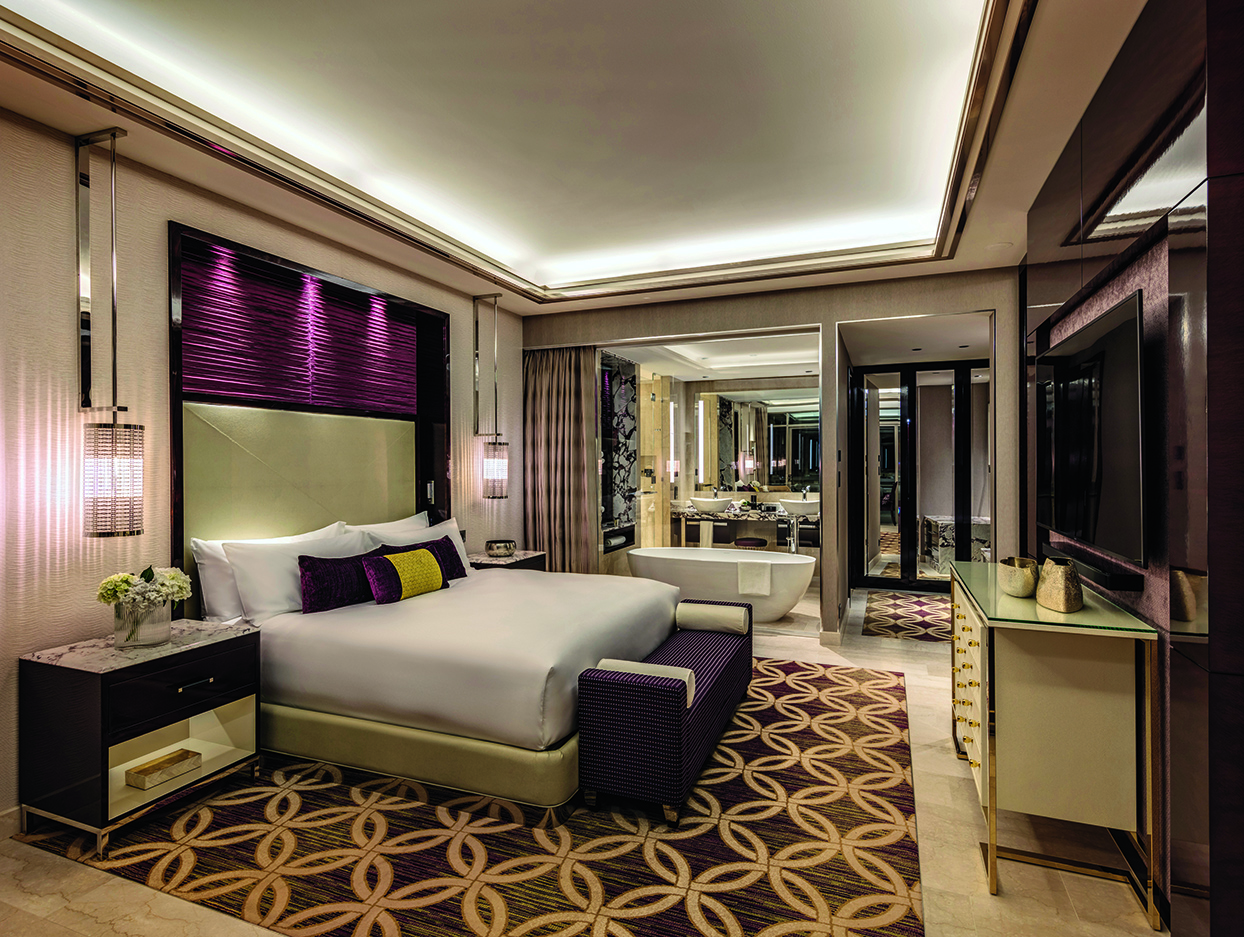 The Darling approaches its first anniversary with its head held high.

Last March, a momentous even occurred on Queensland’s Gold Coast with the opening of The Darling, the first six-star hotel to be built on the Gold Coast in more than 15 years. Part of the $850 million transformation of The Star casino precinct – formerly known as Jupiters – opposite the beach on Broadbeach Island at the southern end of the high-rise strip, The Darling is an island of opulence in a city that, in the past decade or two, has become better known for budget apartments and family fun parks than glamour or style. The Darling truly presents a level of sophistication the Gold Coast has never seen before.The hotel has 57 suites across 17 floors, ranging from a roomy 70 square metres to an expansive 328, all boasting spectacular views and wrap-around terraces ideal for entertaining.

Fittings are bespoke, with lots of shimmering pearl, copper and bronze, textured walls, marble floors and bathtubs so deep they practically need a life ring. There’s sparkling water on tap, Lalique toiletries, on-call butlers and chefs, automated room controls and full Bluetooth connectivity. Valet parking is complimentary and penthouse suite options include your own billiards room, media theatre and karaoke parlour, or private gym. Suites and public spaces are studded with art pieces including a grand chandelier in the lobby and spectacular golden light installations in the suites.

An attention-grabbing water feature comprises hundreds of glass beads resembling either a jellyfish or strands of glow worms, depending on your point of view. Head to the rooftop for a dip in the gravity-defying infinity pool that splashes five metres over the edge of the 17-storey tower, then soak in the skyline views from the adjacent restaurant and bar. Called Nineteen at the Star, it’s the lovechild of acclaimed Gold Coast restaurateur Simon Gloftis (of one-hat Fish House and Nobbys Beach eatery Hellenika fame) and local entertainment guru Billy Cross.

Toast the sunset with a margarita or glass of wine – there are more than 2000 bottles in the two-storey wine cellar and VIP bottle service is available – slip into one of the private booths and sample the signature rock lobster bolognaise, or kick up your heels when the music kicks off after dark.

Although The Darling is a standalone hotel with its own entrance, it’s connected to the recently refurbished Star Grand hotel and The Star casino, giving easy access not just to the 24-hour gaming and entertainment venues, Azure Spa and the pool complex with its private cabanas, but also the award-wining restaurants and bars.