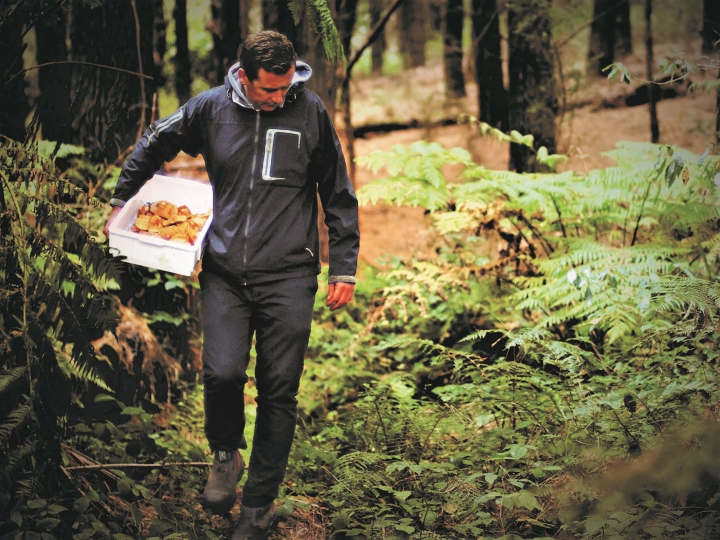 Have dinner with Brae’s Dan Hunter

Fresh from being named among the world’s best restaurants, Dan Hunter is sharing some of his culinary wizardry.

Fresh from the triumph of his restaurant, Brae, being named among the world’s best, Dan Hunter is making plans to share some of his culinary wizardry with the rest of Australia.

The feted chef (pictured above) will launch his new book, Brae: Recipes and Stories from the Restaurant, with a series of lavish dinners titled ‘Taste of Brae’ in Melbourne, Sydney, Brisbane and Adelaide in early May.

Last week, Brae was named at No.44 on a prestigious list of the World’s 50 Best Restaurants in a gala presentation in the chef’s ‘home’ city, Melbourne. Brae jumped 21 places from last year’s ranking, and was the second-ranked Australian restaurant in the awards behind Ben Shewry’s Melbourne institution, Attica. Hunter has also been recognised as the No.2 chef in the world. Hunter plans to bring to guests at the dinners not only his innovative locavore philosophy, but also a bounty of Brae farm produce. Guests can sample Hunter’s food as he shares his journey from head chef at the acclaimed Mugaritz in Spain to the Royal Mail Hotel in Dunkeld and the creation of Brae in Birregurra, outside Geelong (below). In Melbourne, Adelaide and Brisbane, guests can expect a stand-up snacks and bites menu incorporating some of Brae’s most loved dishes, including versions of the burnt pretzel with treacle and pork, the smoked eel donut and brook trout roe, and the eggplant and Saltgrass lamb washed with sweet onion juice, fragrant and acidic plants. Matched beverages will also be served. In Sydney, Dan will work with Quay’s Peter Gilmore to create a ‘Brae at Quay’ five-course meal. The one-off event sees two of Australia’s most highly regarded chefs collaborating on the menu, with Hunter to prepare three courses and Gilmore preparing two. Guests will also enjoy canapes by Dan and Peter on arrival as well as matched beverages served throughout the meal selected by Quay’s acclaimed team of sommeliers.

All guests will leave with a signed copy of the book, which incorporates notes on Hunter’s journey to Brae, as well as recipes and the stories and philosophies that have influenced him and the dining experience at Brae. Brae: Recipes and Stories from the Restaurant – published by Phaidon, $75 from May 1.

5-course menu plus canapes by Dan Hunter and Peter Gilmore