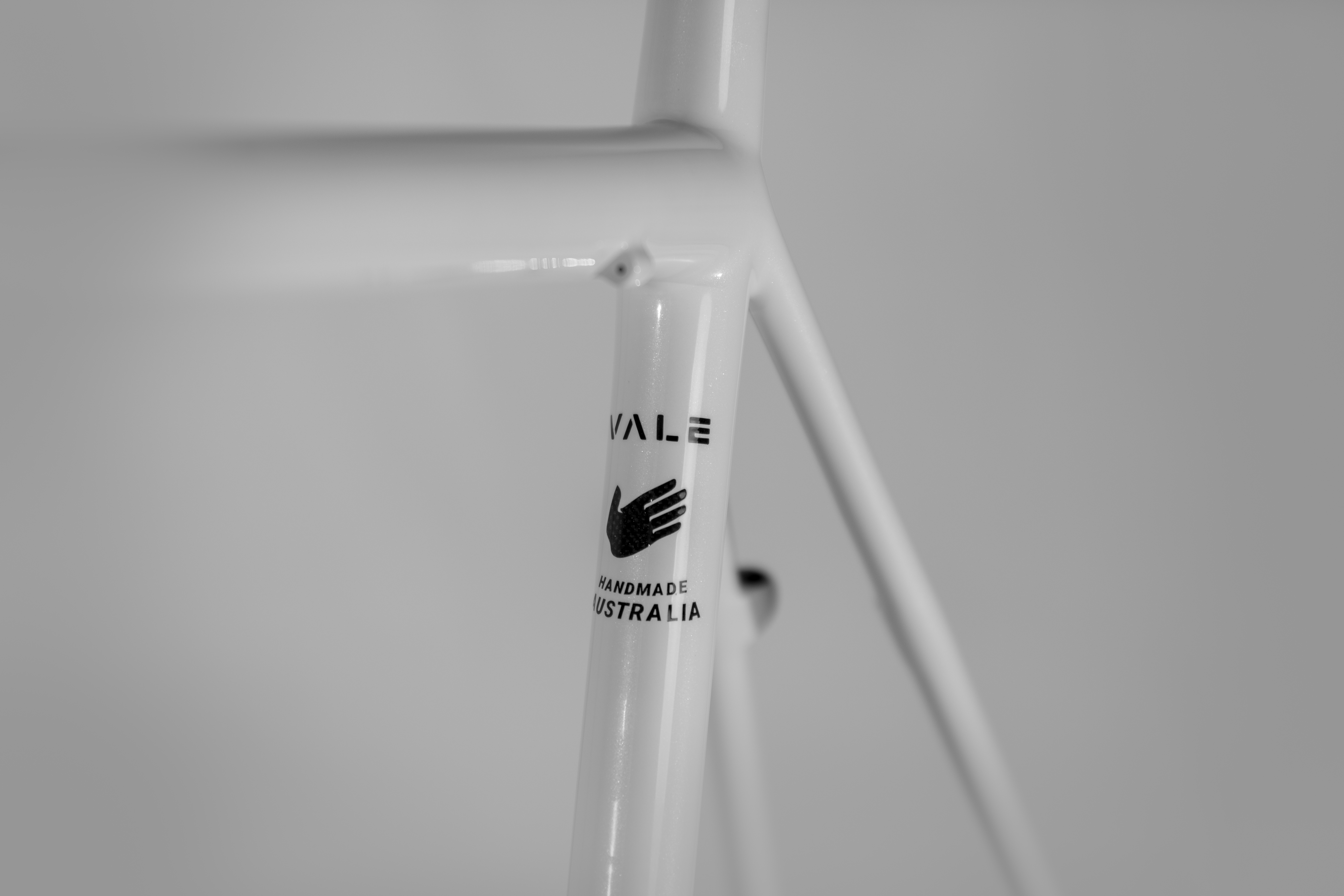 From boats to bikes, Tristan Tucker creates with bespoke in mind

The glossy, reflective lustre of carbon-fibre has a powerful, almost hypnotic effect on most men. For reasons not yet fully understood by modern science, its gorgeous weave, its ability to catch and reflect light, casts a spell over the male psyche in much the same way high-end shoes and jewellery instantly arrest many women. No wonder the expression “composite cleavage” has been coined to describe its captivating, can’t-look-away qualities.

For master carbon-fibre craftsman Tristan Tucker, the material’s appeal extends way beyond an aesthetic attraction. Tucker comes from a high-end boat-building background, learning his craft in constructing grand prix maxi, America’s Cup and Volvo Ocean Race yachts. He developed a passion for carbon-fibre as much for its remarkable structural properties and light weight as for its inherent beauty. “The more I learned about it, the more fascinated I became with its uses and potential,” Tucker explains from his scrupulously tidy workshop, situated on Sydney’s northern beaches.When the now 35-year-old Tucker felt the urge to forge his own way in business around five years ago, the capital investment required for boat-building was impossibly prohibitive. 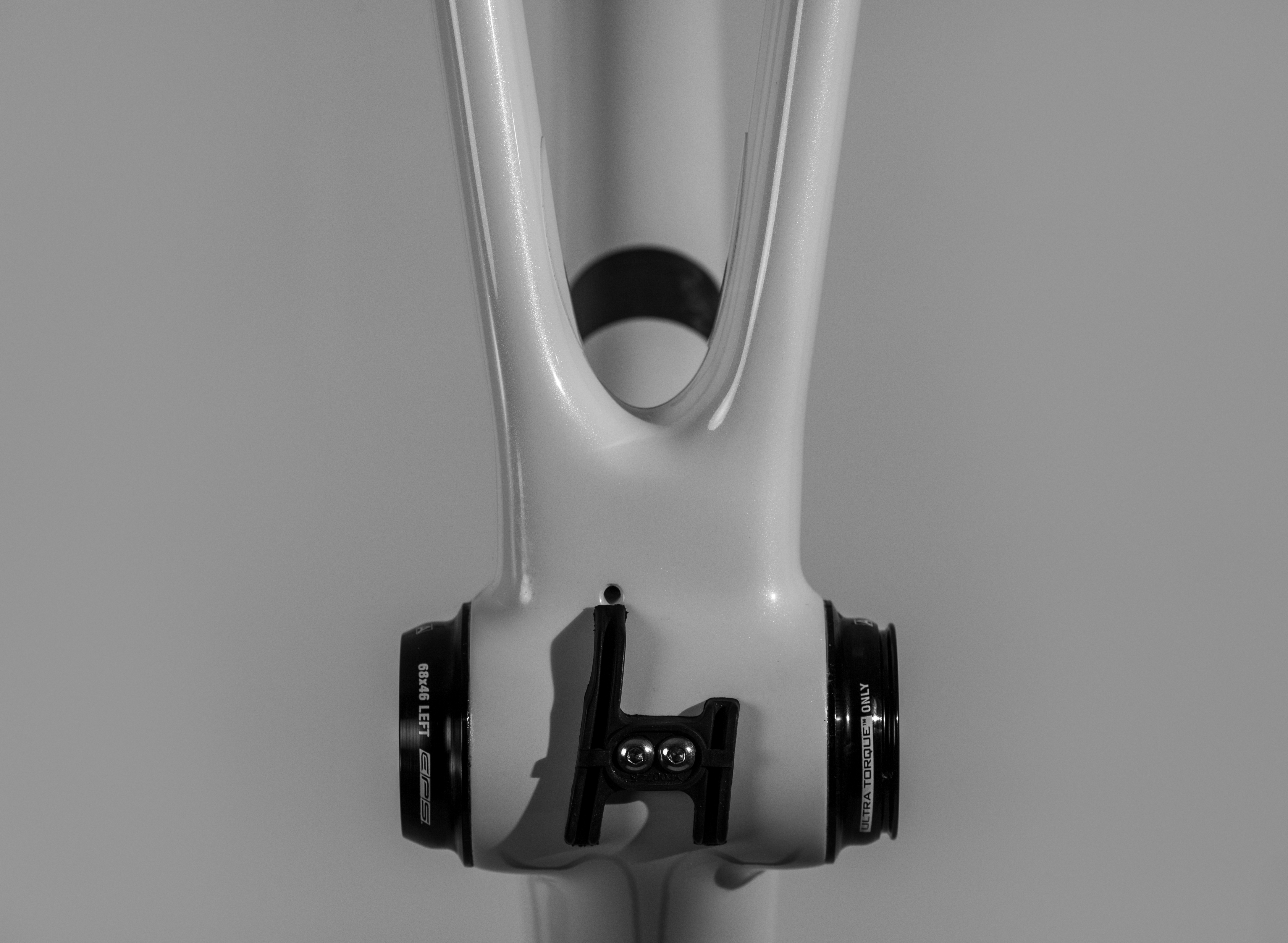 Instead, he used his composites expertise to target the untapped market of carbon-fibre bicycle frame repair. “Bike sales have boomed over the last decade,” says Tucker. “And more bikes mean more crashes and damage. I guess I was uniquely placed to provide the fix.” Tucker’s Carbon Bike Doctor business (carbonbikedoctor.com) now deals with around 10 two-wheeled patients a week. But impossible to miss in the compact workshop space is Tucker’s true passion: an artfully constructed amalgam of carbon-fibre tubes held tight in a stunning milled and anodised jig imported at great expense from the US.

This spindly assemblage is a prototype of the Vale bicycle frame (named for its headquarters in Mona Vale) that is launching Tucker’s business from repairer to bespoke, high-end constructor (valebikes.com). But does the crowded road-cycling space really need another frame manufacturer? “I’m convinced what we’ll be offering is sufficiently different to what else is available,” Tucker says with quiet conviction. “For starters, it’s entirely bespoke, much like a premium handmade suit. We measure and tailor precisely for the customer’s body shape, riding style and their positioning preference on the finished bike.” A bigger differentiator is the construction method and materials. Mass-produced carbon-fibre frames, mostly made in factories in Asia, are typically made using a bladder moulding method that can have inherent quality control issues. 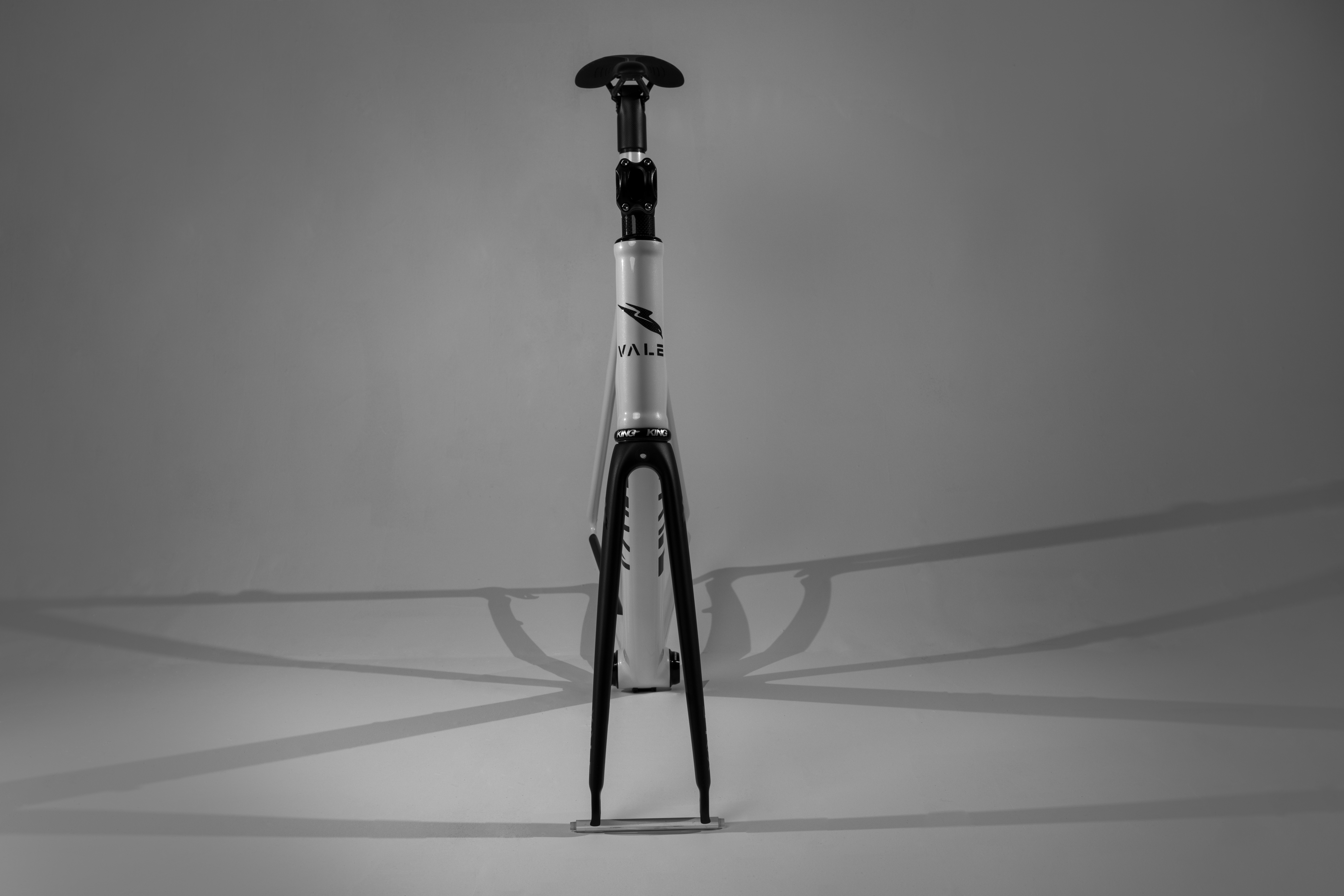 In contrast, Tucker takes carbon-fibre tubes, in thicknesses and diameters supplied to his precise specifications, and bonds them into a triangular structure of extraordinary stiffness. But there’s good stiff and bad stiff. “Good” stiff means maximum efficiency in transferring the rider’s power to the cranks; “bad” stiff is the uncompromising transfer of road bumps and vibration. Tucker believes he has the key to that conundrum.Tucker’s design sets out to reduce the bad stiff by achieving new levels of vertical compliance, where minute flexing of the carbon fibre absorbs those fatiguing effects. “A super-light frame isn’t much use if the rider is knackered prior to the final climb due to all the buzzing and jarring he’s endured previously,” Tucker points out.

Achieving this elusive compromise between pedalling stiffness and vibration-absorbing compliance is where the true essence of Tucker’s ‘art’ really lies; it’s in his innate feel for the weave, thickness and directional properties of the material. Only through long experience with carbon-fibre in different applications can Tucker know exactly the combination of tubes and bonding that will yield the desired on-road result. Obviously that combination remains a tightly guarded secret, but to look at Tucker’s prototype on the jig is, for any cycling enthusiast, to be instantly reminded of Italian artisan bike builders of the ’60s and ’70s. Back then, in the PC (pre-carbon) era, steel tubing was skilfully fashioned into frames using lugs, welds and brazing techniques.Tucker’s prototype uses similar, simple geometry, in cool contrast to the familiar curves, arches and bends popular in contemporary, mass-market designs. His frame is inherently long-wheelbase for hill-descending stability, but customers can obviously choose exactly how long, and select from four fork-set geometries that further fine-tune the wheelbase and handling characteristics. The frame’s weight will be in line with current benchmarks: around 1kg. Behind that precious kilogram is a suite of dauntingly expensive tooling, cutting and jig equipment. 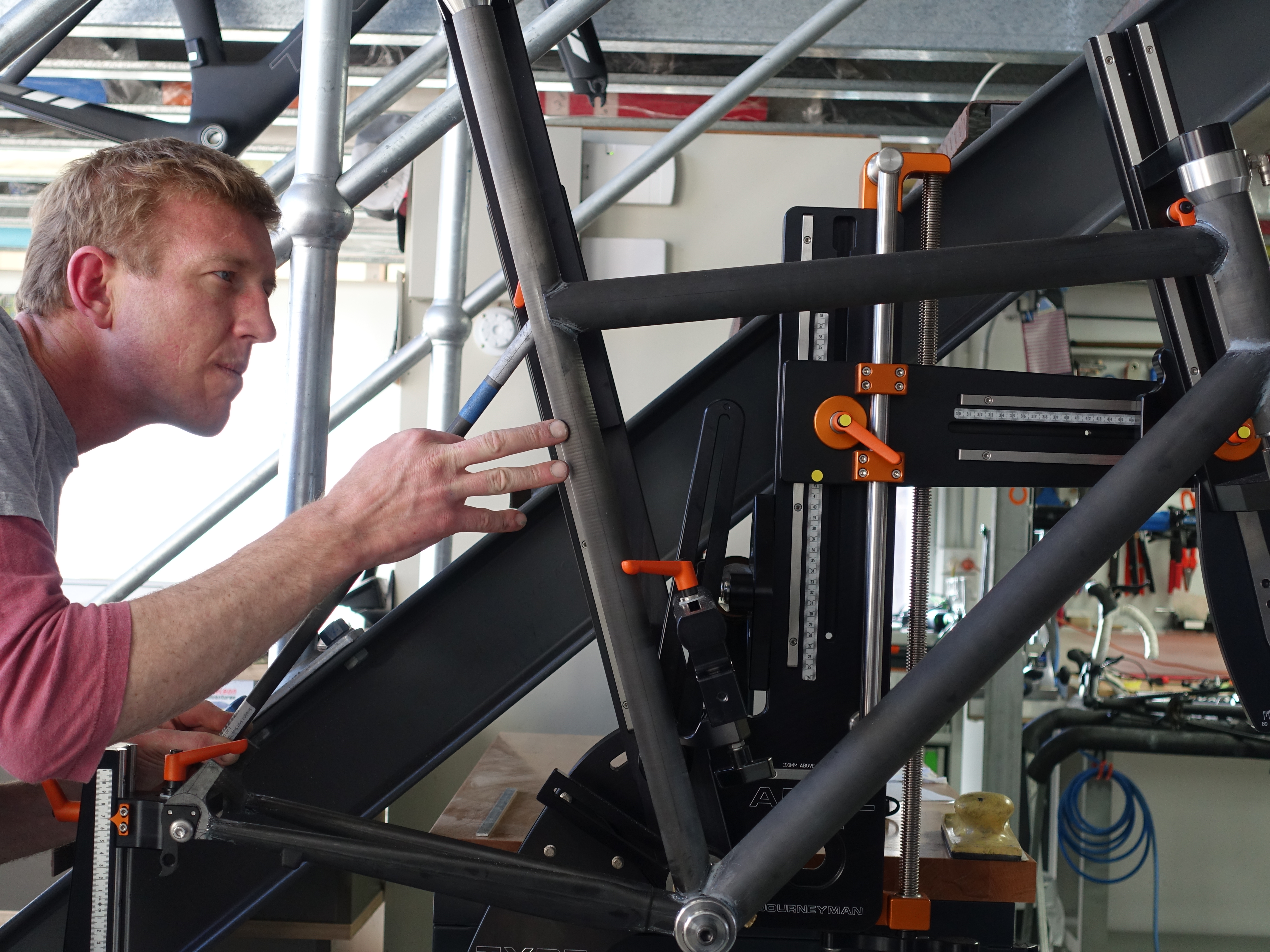 Tucker is a sole operator, and the only one capable of building the time- and skilled-labour-intensive frames. He can’t put a precise figure on build times, but predicts that customers will be pedalling about one month from measuring and ordering. Tucker says elaborate paint finishes and custom decals are the main variables in his build time. That’s all done by his hand, too, using skills already evident in hundreds of painted repairs, with graphics created or restored by Tucker using an in-house laser-cutter, and exotic pearl-flake paints expertly matched.Understanding Tucker’s level of craftsmanship and passion, the price of around $10,000 for a typical Vale frame is to be expected. A completed bike, with high-end components, will start from around $15,000.

“These will be bikes for riders who are really passionate about their sport, just like people who sail boats or race cars.”