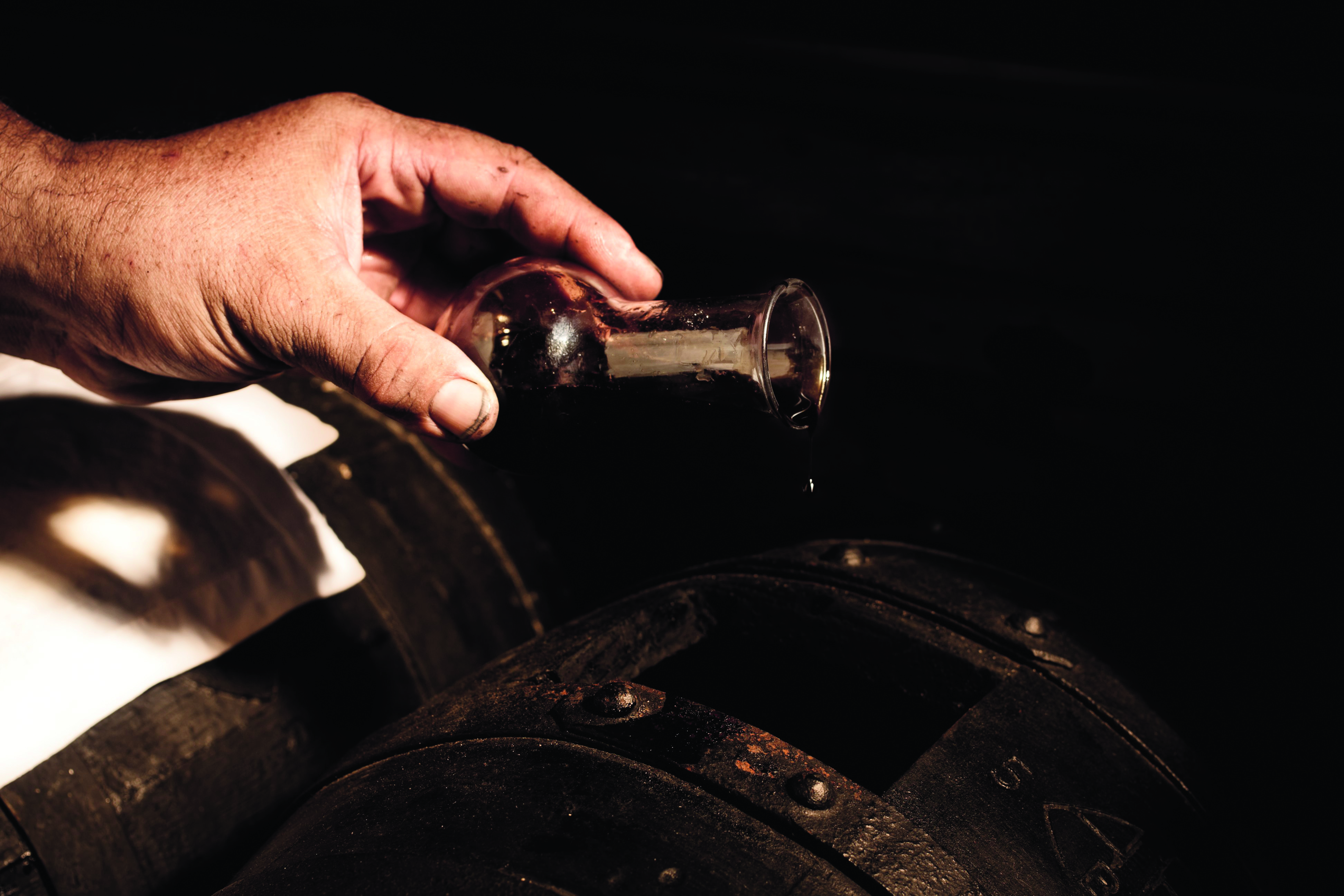 Everything to know about traditional balsamic vinegar

Like a fine wine, Aceto Balsamico Tradizionale can take up to 25 years to mature

Balsamic vinegar has become almost a byword for any restaurant trying to place its culinary achievements above those of its rivals, with the brown liquid scattered as liberally across various foods as it is scattered across menus and marketing material.

But if your ‘balsamic vinegar’ doesn’t come in a unique 100ml bottle personally designed by the man celebrated as the Designer of the Century – and with a price tag that’s on a par, per gram, with the Italian supercars he also designed – then not only do you not have the real thing, you are also missing out on one of the most intriguing foods in existence.

Traditional balsamic vinegar, or to give it the correct name, Aceto Balsamico Tradizionale (as protected by the European Protected Designation of Origin), should not be confused with the lesser balsamic vinegar of Modena hailing from the same Emilia Romagna region of Italy nor the many other condiments that include balsamic in their names. Indeed, the producers of ABT, with typical Italian passion, dismiss lesser rivals as “the product of chemical factories and produced in hours”. 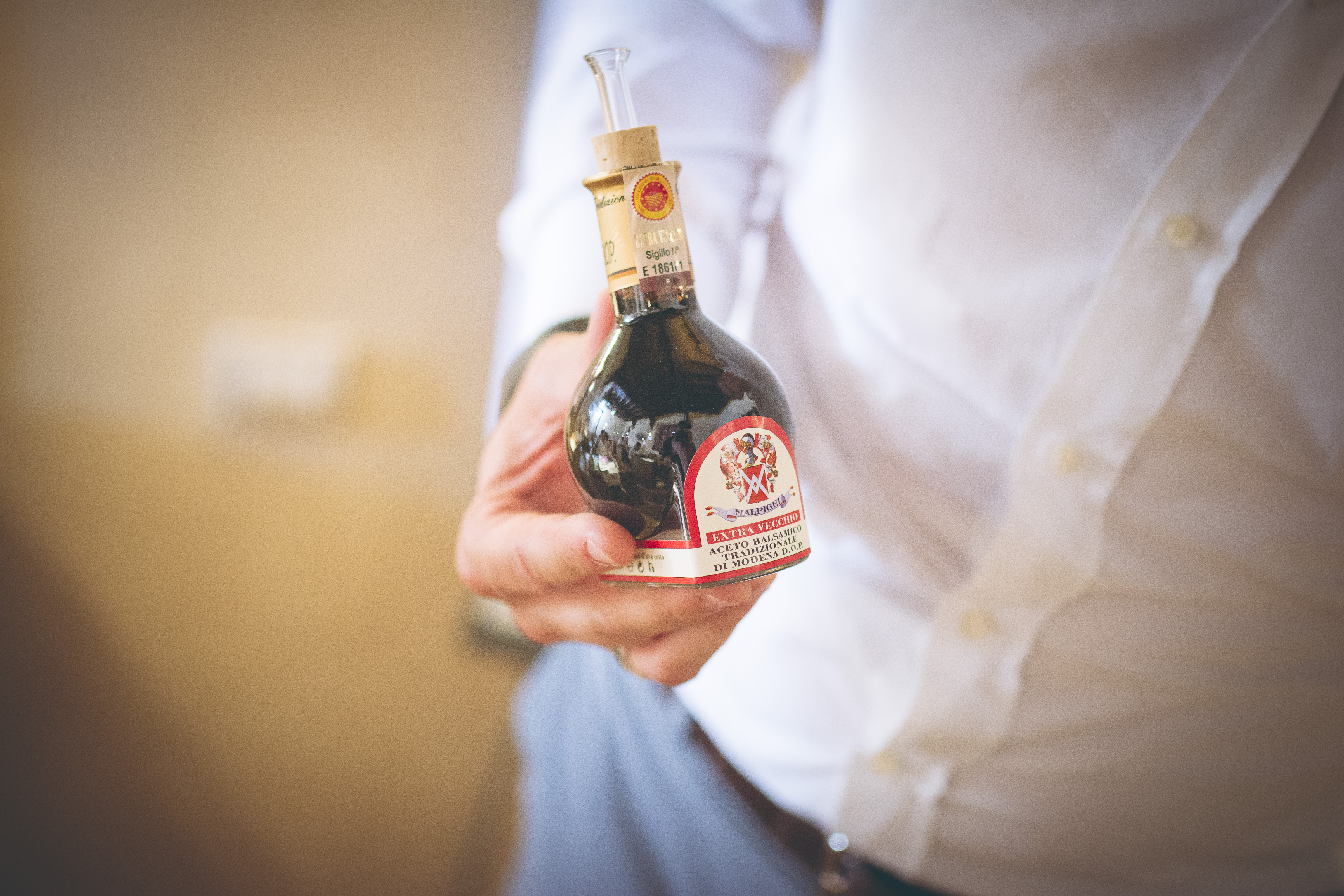 It’s an insult that has more than a ring of truth. ABT is not only made from an entirely natural process, but it also takes decades, indeed even centuries to perfect. It’s a process whose origins have been lost literally in the mists of time.

Some think it was created by the Romans, suggesting its Latin-derived name Balsamum as proof, but Greeks have the word .aλσαμov, which also means curative or restorative (and is the origin of the English word ‘balm’). Certainly the Romans were known to have used a particular reduction of grape juice in their cooking.

What’s certain is that at some time before the 12th century, when the first written evidence of its existence appeared from the monk Donizo of Canossa – which pegged Emilia Romagna as the region of the finest vinegars – someone decided to forget everything they knew about producing the best wine, and went in the opposite direction.

ABT starts with the juice of just harvested trebbiano white grapes, which is reduced by boiling down to just 30 per cent of its original volume. As with wine, it is then placed in wooden casks, but these are not cellared for fermentation; rather, they are taken into the attics of the acetaia houses in which ABT is produced. Again unlike wine, the casks are left unsealed, with a 10-centimetre opening covered only by a muslin cloth to stop anything from falling into the precious liquid.

Through Emilia Romagna’s hot summer and cold winter, a measure of the volatile contents evaporates. This is referred to as the ‘angel’s share’. Sitting alongside the main barrel is a smaller, older barrel that, having also lost its angel’s share, is topped up with the vinegar from the first barrel. The first barrel is, in turn, topped up with more concentrated juice. 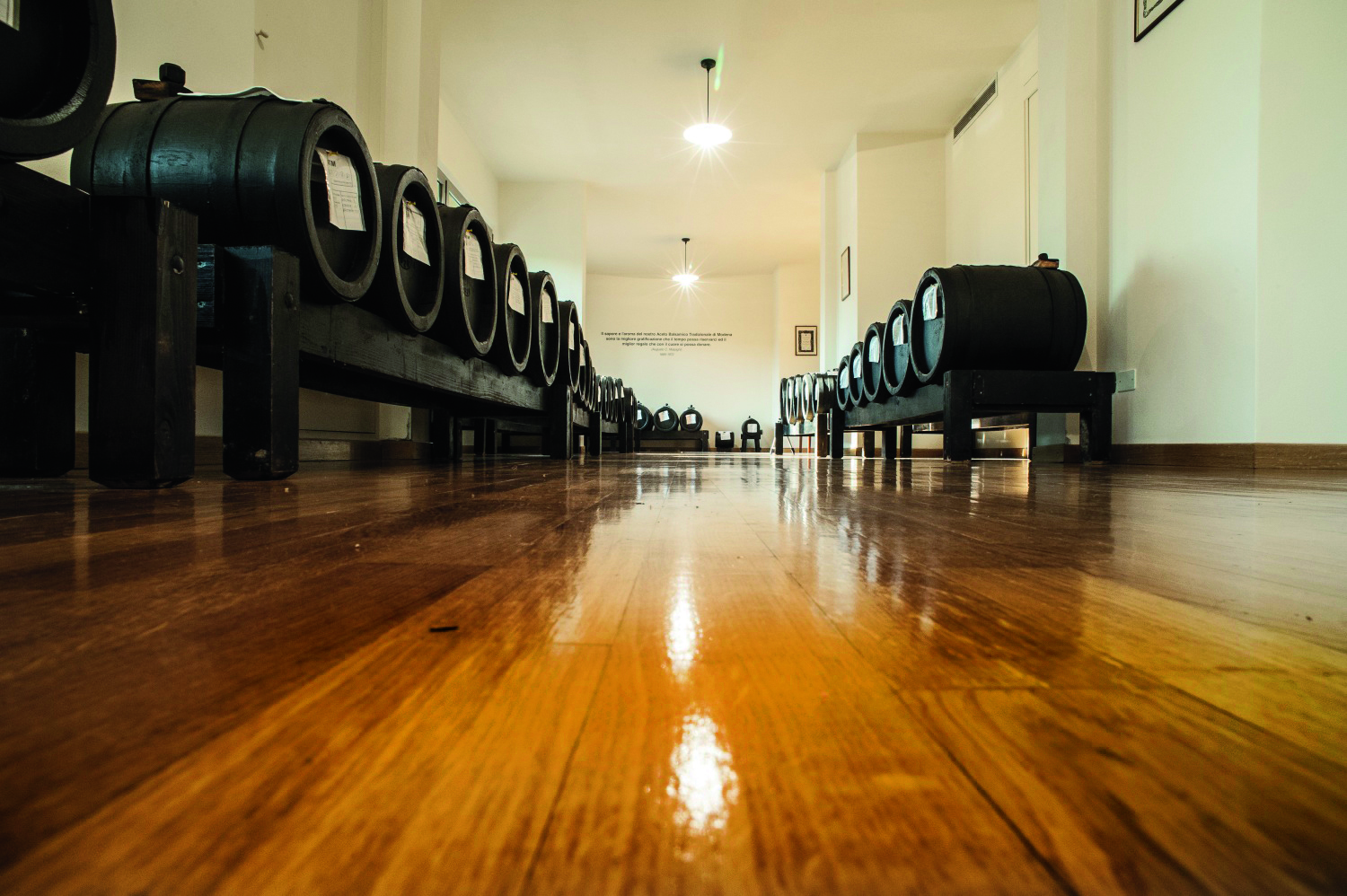 That second barrel, before it’s been refilled, has been used to top up an even older barrel sitting alongside it – and so on. It’s possible to find in acetaia houses, barrels that have been in position, donating their share to the angels and being topped up again, for more than a century.

The skill of acetaia masters also lies in their selection of barrels, subtly changing and enhancing their flavours through the choice of wood from which the barrels are made.

To achieve the status of ABT, the minimum period to be spent in those attic barrels is 12 years, with 18 and 25 years being the typical point at which the precious liquid is extracted for sale. It is possible to buy even older ABT dating back several generations; prices can exceed $1000 per 100ml.

Given the time it takes to produce the first vintage of ABT, it’s not surprising that many of the top producers are family concerns. One example is Acetaia Malpighi, founded by Pietro Malpighi who, in 1850, filled his first barrel with concentrated grape juice. Five generations later, the process has been passed down through his son, Pietro, then via Augusto, Maria, Ermes and, today, Massimo, who tends the barrels with the help of his two young sons.

Alongside the 12 and 25-year-old ABT, Acetaia Malpighi also produces ABT made with cherrywood and juniper, along with three “extra-old” blends, which periodically become available when they are drawn from their barrels. The oldest, Extra Old Augusto, has been aged for more than two generations of the family. 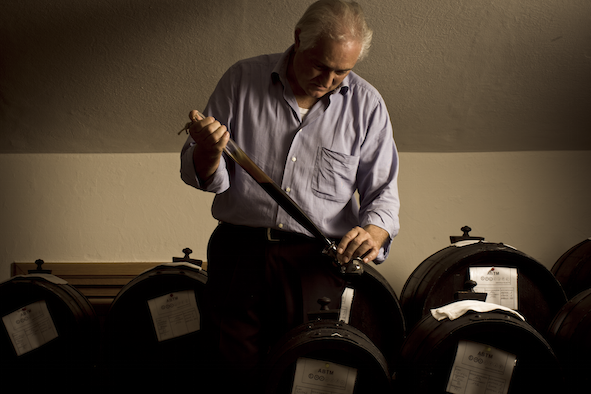 Buying ABT is like buying fine wine – you visit the acetaia for a tasting. First you will notice the viscosity, from a thick fluid through to an almost honey-like solidity. Like wine, each has a complex blend of unique flavours and they are intense, so only small quantities are needed as an accompaniment to a wide range of food, both sweet and savoury.

A traditional Emilia Romagna tasting technique is to dip a chunk of another local passion, parmesan cheese, in a small amount of ABT and eat it whole.

And that bottle? It was designed by Giorgetto Giugiaro. As well as designing cars (no fewer than 13 models for Modena local Maserati alone), Giugiaro has penned boats, cameras, computers, furniture, motorbikes, trains and even a pasta named Marille. Appropriately, it was he who created the unique, potbelly bottle for ABT that is now legally protected and may only be used for Aceto Balsamico Tradizionale.

Buy ‘balsamic vinegar’ in any other bottle at your peril!