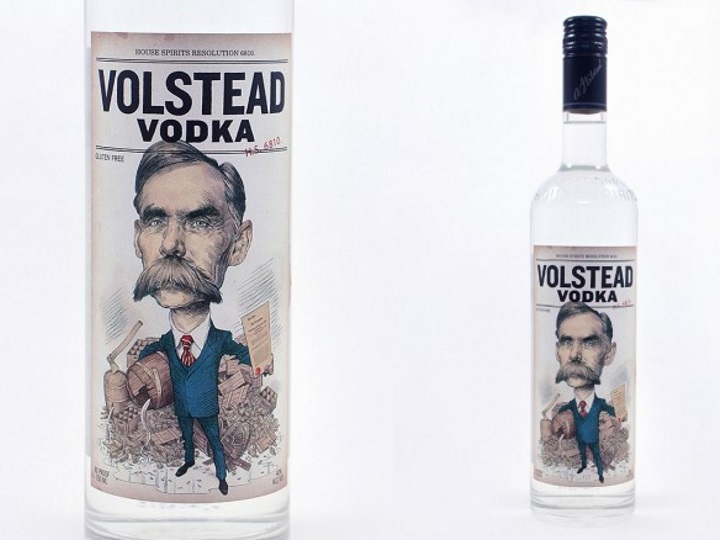 From sip to swallow, these eight vodkas bring something new to the table.

Sure, you drank a lot of rich eggnog and hearty mulled wine over the holidays, but the New Year is here and there are slightly healthier adult beverages. Take vodka, for instance. And take it neat, for the fewest calories. Here are eight of the best sipping vodkas out there… This marvel from Iceland is no doubt one of the best-tasting vodkas in the world. It's made at a state-of-the-art facility powered by geothermic activity that produces zero emissions — it's as though you're saving the planet with every sip.

Reyka vodka, roughly $US23 (about $A32) flows through a rare Carter-Head still (of the sort used to produce Hendrick's Gin) and is then filtered through ancient lava rocks, imbuing it with an uncommonly smooth, mineral flavour. You'd be hard-pressed to find a purer, more balanced vodka. There simply are no discordant notes. Everything is in harmony, from sip to swallow. (reyka.com) There's nary a high-end craft cocktail joint in America where you won't find Aylesbury Duck, $US25 (about $A33), featured prominently behind the bar. Soft winter wheat from Calgary is fermented for three days, and distilled to 96.5 percent proof with Canadian glacial water. The spirit is then shipped to Northern California and brought to 80 proof with Mendocino County well water.

And while the vodka is not filtered through diamonds, crystals, or unicorn horns, the tried-and-true particle filtration process works just fine. It's medium-dry, clean, and grainy. There's a sweet biscuity quality, complemented with caramel flavour and hints of white pepper and cacao. (aylesburyduckvodka.com) This Italian export comes in a bottle that bears more than a passing resemblance to a better-known vodka brand from France. A coincidence perhaps. Or maybe it's flattery. Whatever the case may be, what's good for the Goose certainly works for the Punzoné, $US40/litre (about $A53/litre).

The company uses high-quality wheat organically grown in the Piedmont region‎ and marries it with crisp, clean H2O from the Italian Alps. It has a velutinous mouthfeel and notes of fennel that give way to anise. There's lemon at play as well, with just a little bit of heat bringing up the rear. ( punzone.com) Named, cheekily, for the late U.S. Congressman Andrew Volstead, who will forever be linked with the infamous 18th Amendment, which prohibited the production, sale, and transport of "intoxicating liquors" in the United States from 1920 to 1933, Volstead vodka, $US20 (about $A26.5) has a unique step in the production process in which the grain spirit is filtered through charred coconut husks for four days.

This infuses the vodka with a smoky tropical flavour. There's a bit of spice in there to balance out the sweetness. Unobtrusive, easy drinking. (volsteadvodka.com) Swedish businessman Peter Ekelund, who launched Karlsson's in 2007, was one of the driving forces behind Absolut. So he knows a thing or two about vodka. Cape Bjäre, in southern Sweden, is where they source the "virgin new potatoes" that make up Karlsson's.

They're picked early, just as the skin has begun to form. These young potatoes tend to be devoid of impurities and are mighty flavourful. The resulting Karlsson's Gold Vodka, $US35 (about $A46), has a dense mouthfeel, hefty flavour, and bold character. Best served neat with a pinch of fresh cracked pepper. (anchordistlling.com) The top-of-the-line label in this industry heavyweight's portfolio, Stolichnaya elit, $US60 (about $A79) is a staple of the luxury vodka market. Made from Russian winter wheat, using Stoli's patented "freeze filtration" technique in which the liquid is practically frozen and slowly moved through ion-charged carbon filters.

The nose is floral, the mouthfeel delicate. It's impeccably smooth and balanced, with a touch of citrus zest and a trace of pepper. An eminently drinkable vodka that lives up to its name. (elitbystoli.com) Colorado-based Woody Creek Distillers is quite proud to be the only vodka-making operation in the U.S. that harvests its own potatoes and distils them the same day. Only one distillation, mind you, because that's all it needs. And what a world-class still it is — two copper rectification columns, both the size of three-story buildings.

This high mountain Signature Potato Vodka, $US35 (about $A46), has an ever-so-slightly honeyed flavour. Smells of fresh baked bread. There's some orange peel and black pepper in the mix. The finish is as smooth as a ride on the Aspen Mountain gondola. (woodycreekdistillers.com) Actor Walton Goggins of HBO's _Vice Principals_ teamed up with his longtime L.A. pal Matthew Alper to launch a vodka brand both they and their hometown could call their own. Mulholland Vodka, $US20 (about $A26), is distilled from 100-percent non-GMO corn in Missouri, to allay any concerns consumers might have about shady agribusiness practices or spawning children with extraneous body parts.

The vodka smells refreshing, like a forest after a thundershower. On the palate you get spiciness commingled with mint and vanilla. Finishes long and clean. (mulhollanddistilling.com)