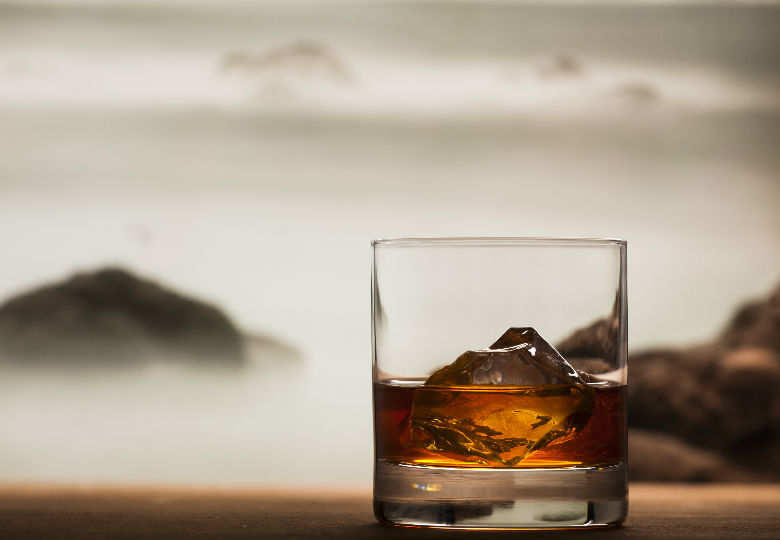 Diageo’s Special Releases Collection is nothing short of spectacular

Scotch Whisky enthusiasts in Australia rejoice – you now have access to a truly unique selection of ten Special Release drams presented by Diageo this April. Each bottling is a tribute to their corresponding labels’ and have been crafted from classic, little-known, and silent distilleries carefully selected by Diageo’s Master Distillers, Blenders and Distillery Managers. Some magnificent, some magnificently unusual – these were the few that Robb Report found shone through amongst the rest. 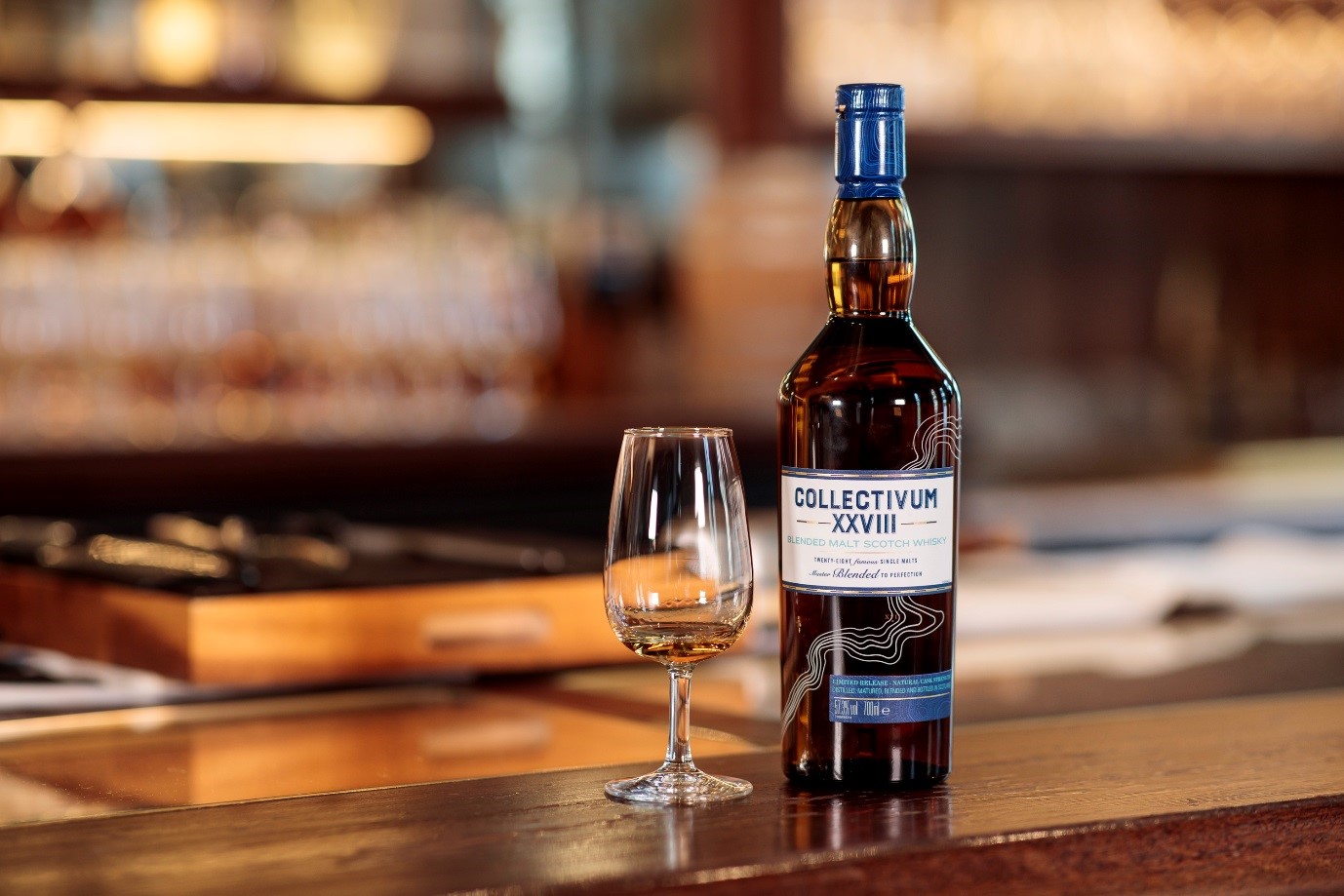 A generous offering of a well-balanced Blended Malt Scotch Whisky from all twenty-eight Diageo Single Malt Scotch Whisky distilleries, Collectivum XXVIII highlights each distillery thanks to Diageo’s Master Blender Keith Law. The blend has been fashioned to create a depth that takes drinkers on a trip through Speyside, Islay, Lowlands and Highlands with a palate that flows through the motions of dry and nutty, to rich and chocolatey with a zesty sweetness. The complexity of Collectivum XXVIII is a testament to Law’s dedication to the craft and his over thirty years of industry experience. 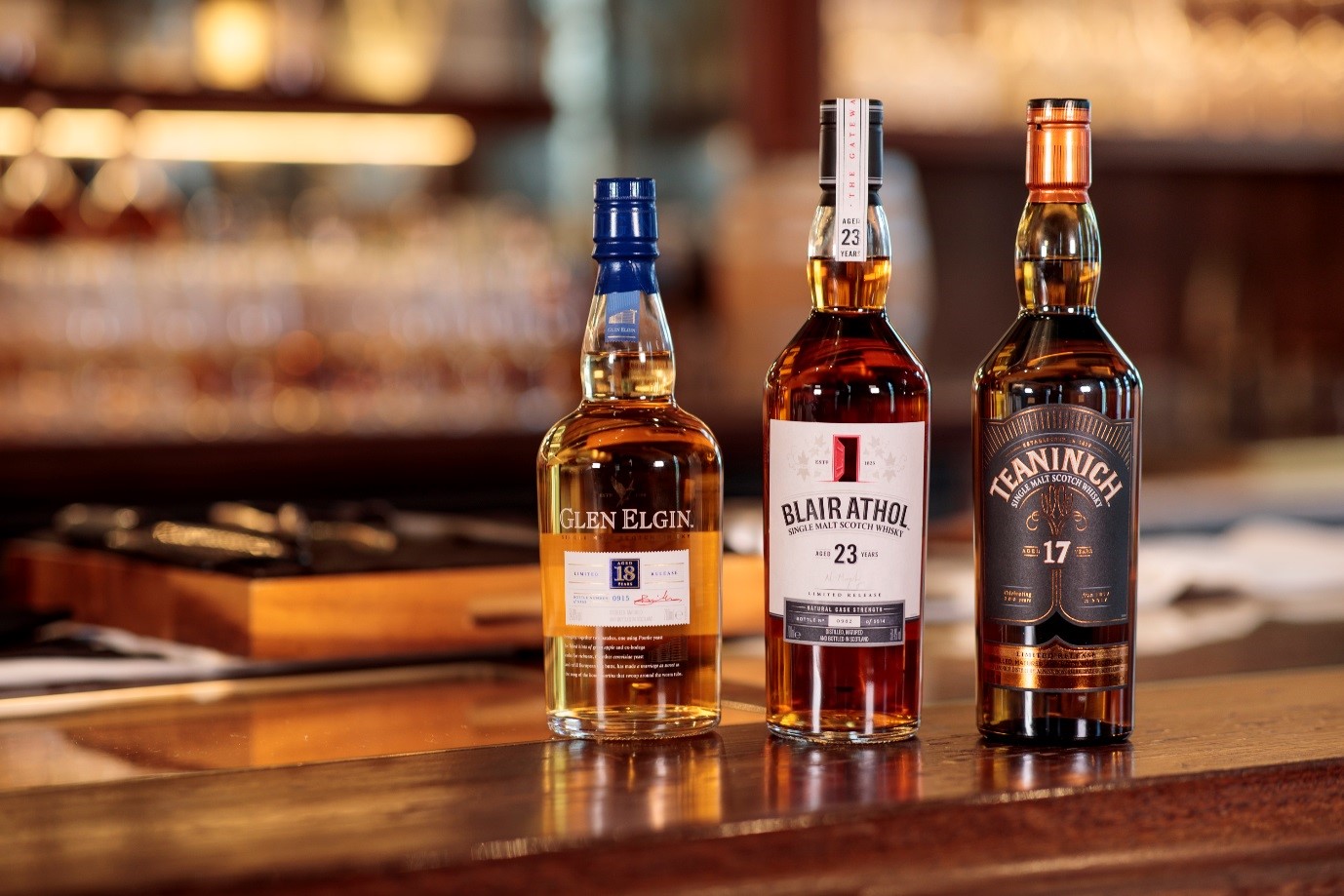 With only 5,514 available worldwide, Blair Athol injects some warmth into winter with the ex-bodega cask matured 24-year-old. Blair Athol distillery was founded on the moorland south of Pitlochry in 1798 – their ancient source of water- the Allt Dour- flows through the foothills of the Grampian mountains. This particular bottling was distilled in 1993 with that very same water source, playing an important role in bringing forward the impressions of fruit and spice to cut through the thick, sweet nature, revealing considerable complexity. 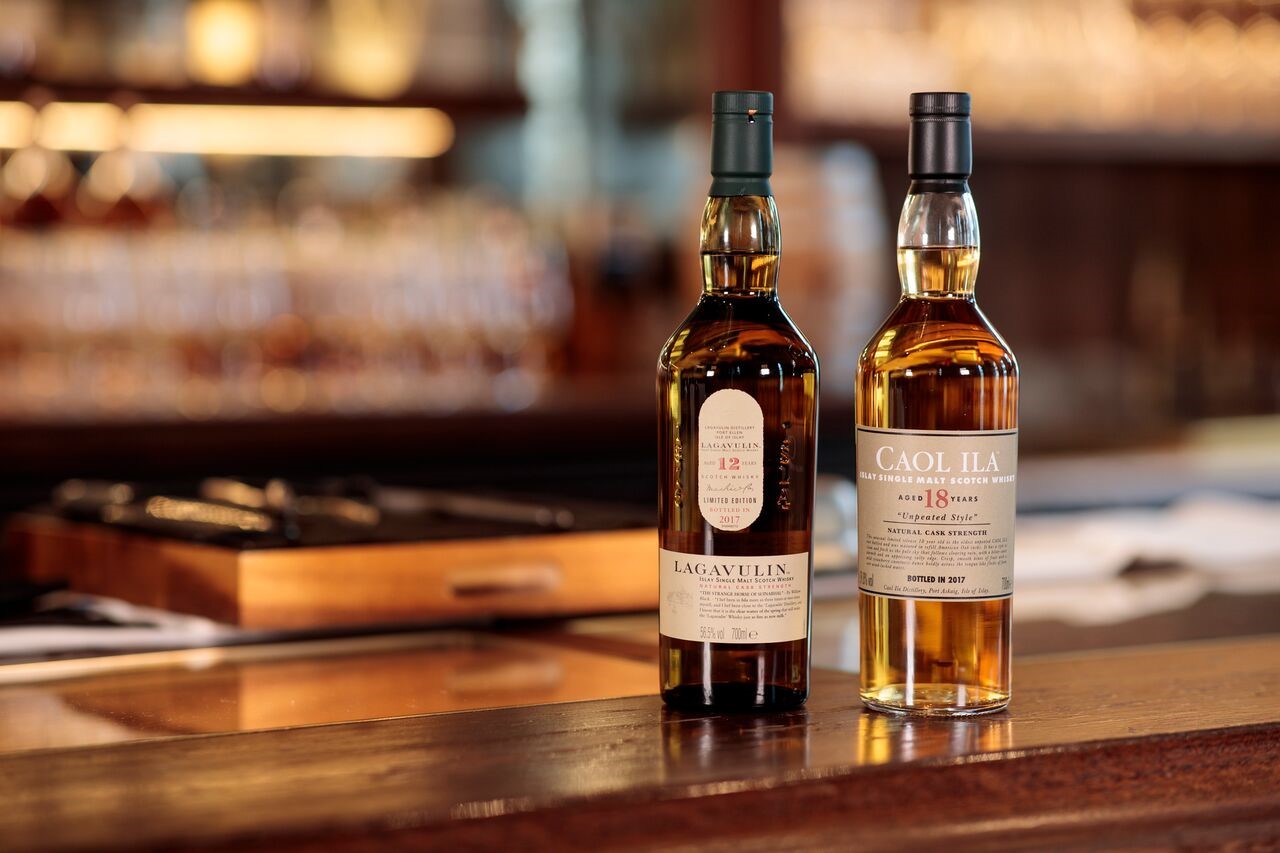 The southernmost island of the Inner Hebrides, this bountiful island often referred to as Queen of the Hebrides – the isle of Islay is home to eight active distilleries, and it goes without saying the region’s smoky swagger has a rugged character that is fit for a Viking. Islay hosts a well-known profile of salty, peated smokiness across all the distilleries that occupy the island, and, though the PPM (phenol parts per million) is a well-balanced feature in the Lagavulin range, the 12-year-old 2017 Special Release is rather unique. With an unrestrained mineral base that can be found through the nose and across the tongue, the layers of fruit and smoke underneath is a thoughtful touch for the Lagavulin enthusiasts to appreciate. 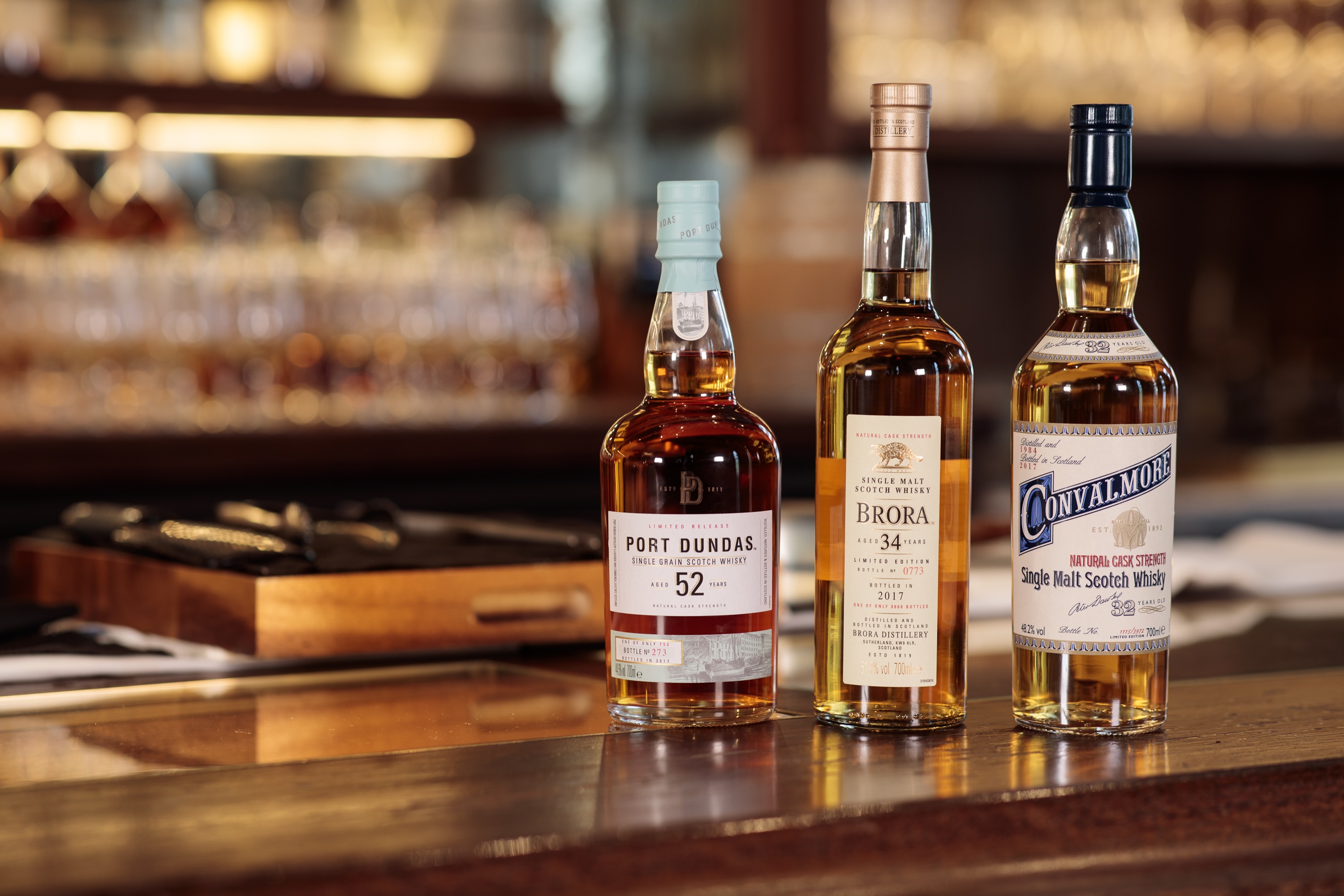 Brora Distillery has amassed a legion of malt fans who follow the waxy-whisky in cult-like fashion. A once mothballed coastal highland distillery, in October 2017 Diageo revealed plans to reopen Brora with the site anticipated to be operational once more by 2020 if planning permissions go ahead. Bottlings that have come from Brora’s last run creates an oily and smoky character, with some of the bottlings hinting at the merest exhalation of peat. The 34-year-old Single Malt Scotch Whisky is finely integrated and smoothed out as the usual notes of waxiness and fragrant smokiness have settled in this timely dram. With an elegant nose and taste, an uncommon and attractive note of Szechuan pepper makes for another element that’s sure to keep the Brora followers well on their toes. 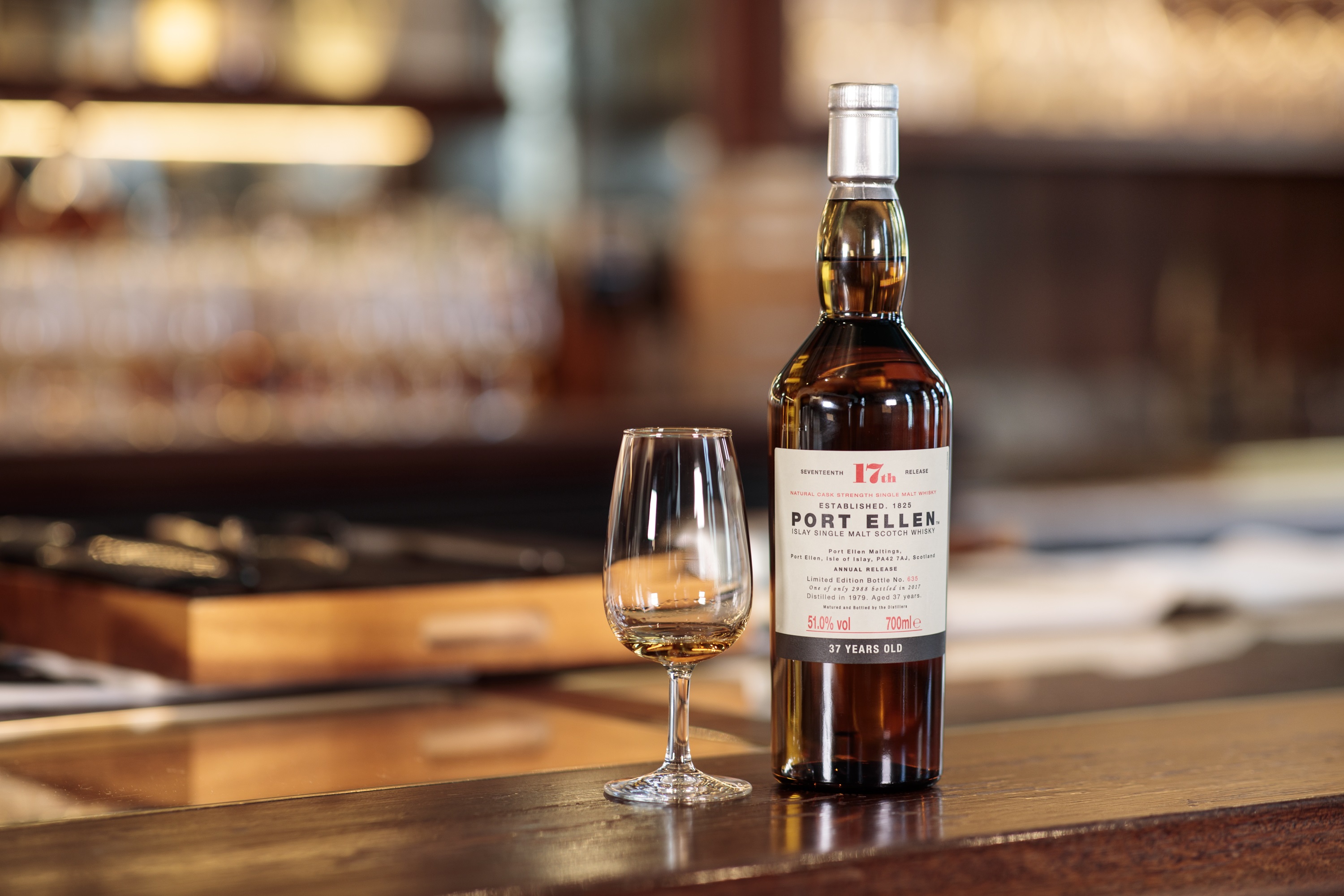 Port Ellen is believed to be the first distillery to have incorporated Septimus Fox’s spirit safe design into the distillation process, making it unique in historical value. The 37-year-old is the oldest dram Port Ellen has ever released, being distilled in 1979. Now very rare and highly sought after, the levels of complexity make this bottle especially unique. A compelling balance of the initial oily texture followed by warm honeyed citrus, spiced meats, roasted vegetables, delicate smokiness and a waxy finish- there’s no doubt the Isle of Islay would miss having such an innovative distillation virtuosity operating on its shores. What makes the ghost distillery so exalting with this particular bottling, is that the curiously compelling taste of leather is not hidden or overwhelmed by the multitude of components. Rather, the leather component plays the hero in this instance and is complemented by the elements around it.