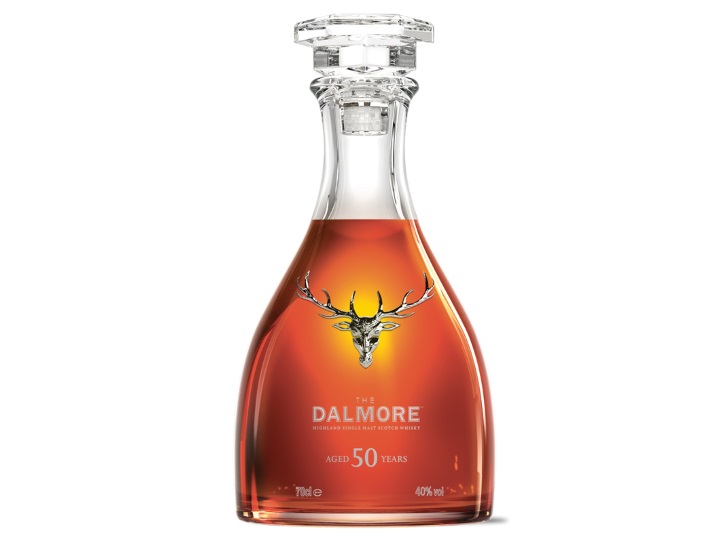 Dalmore’s 50-year-old is a legend in a bottle

Creative ageing bears fruit in the gorgeous aromas of the Dalmore’s most special whisky yet.

Last September, Richard Paterson — master distiller for the Dalmore — reached a milestone: his 50th year in the spirits industry. To celebrate his golden anniversary, and employing his legendary olfactory talents (his nose was once insured by Lloyd's of London for $A3.45 million), Paterson has created a whisky from a single cask that personifies his spirit in its complexity and verve.

Distilled in 1966, the year Paterson began his career, the Dalmore 50 Year Old was aged in ex-bourbon casks for 37 years, transferred into oloroso-sherry casks for 9 additional years, then matured in Colheita port pipes. In 2016 Paterson returned the single malt to American oak barrels before finishing it — perhaps a first for the industry — in Champagne casks.

The result is an amber whisky brimming with caramelised oranges, marmalade, and chocolate, with morello cherries and liquorice in the finish. Only enough of this precious liquid exists to fill 50 Baccarat decanters adorned with the Dalmore's silver stag and priced at $US62,500 (about $A82,850) apiece.