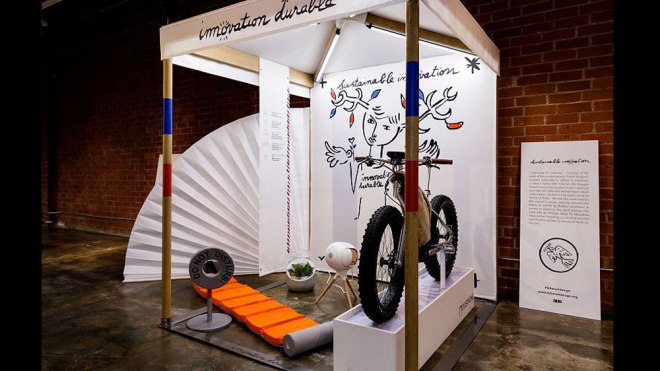 As we prepare to celebrate Bastille Day, Robb Report looks at what French Style really means

The name says it all — No Taste for Bad Taste is a traveling exhibition that just can’t deal.

“Je ne sais quoi” is an infuriating phrase. It slithers out of the grasp of exact definition yet insists on describing something highly specific about the essence of French panache.

So, an exhibition currently travelling to some 25 locations around the globe, Le French Design: No Taste for Bad Taste, convened a jury of eminent figures in the worlds of design, fashion, and architecture to nail some particulars to the wall.

A joint project of l’Institut Français and VIA (Valorization of Innovation in Furnishings), the exhibition presents the outcome of their deliberations: 40 objects that embody one or more qualities inherent to French style. 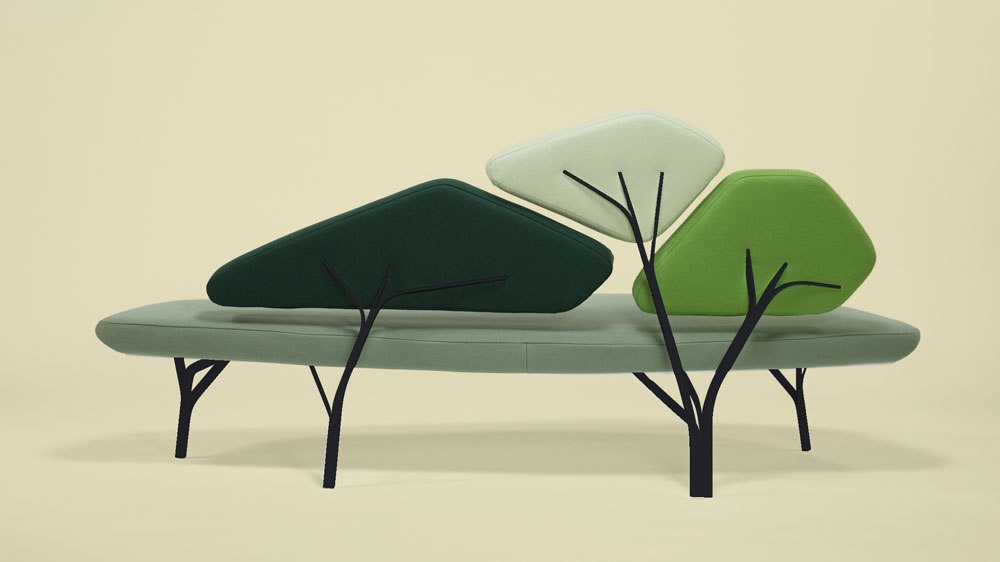 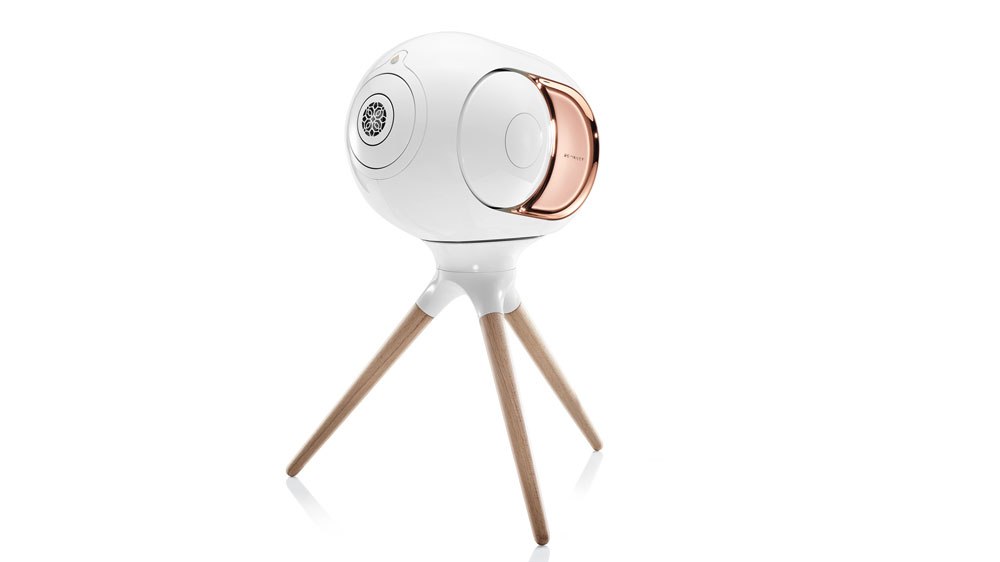 The Gold Phantom by Emmanuel Nardin for French company Devialet was designed in 2016.

“I wanted to share not only with the French people, but the whole world, the reasons why French design will be an everlasting concept,” says Bernard Reybier, president of VIA. Defining French design, he contends, “is difficult if you are alone, but easy when you ask 40 people of various fields to help you.”

One of these jurists was Christian Liaigre. “The true roots of French design are at the Château de Versailles,” he believes. True enough. Along with his fellow jurors, Liaigre dissected those roots to decipher the 10 qualities (present in varying ratios) required in order to exude that vexingly elusive but inimitable French quality – things like audacity, savoir-faire, craftsmanship, cultural openness, elegance with a hint of luxury, creativity, and sustainable innovation. 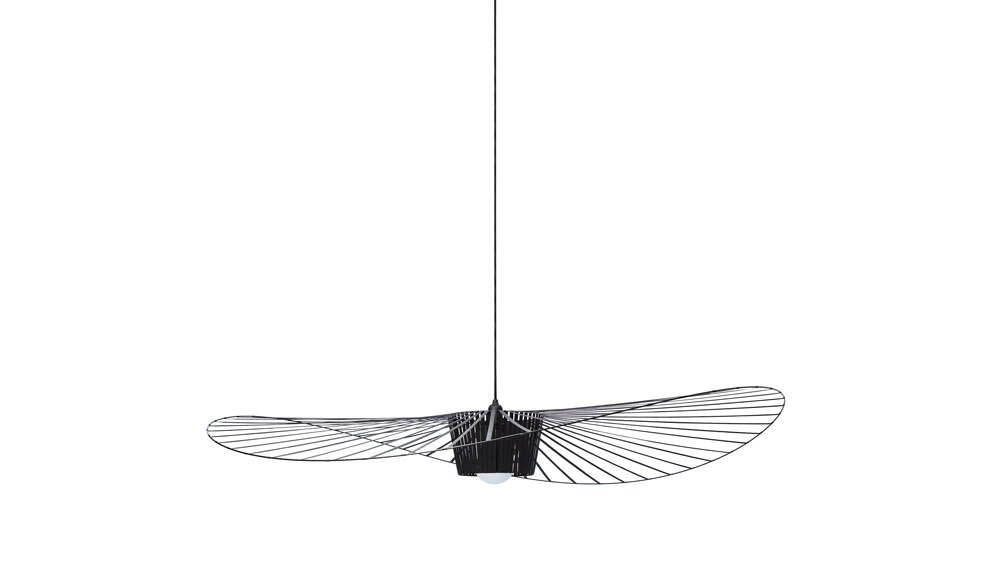 A simple, undulating form, the Vertigo light by Constance-Guisset was made for Petite Furniture in 2010. 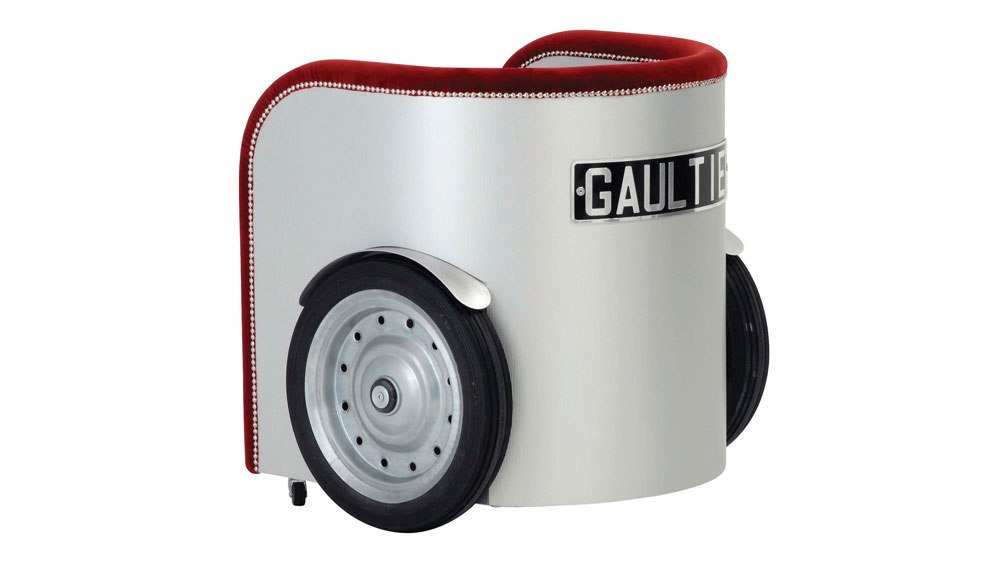 To start, there is Ligne Roset’s Ploum sofa, designed by Ronan and Erwan Bouroullec, which she feels embodies those aspects. Other selections range from furniture and lighting to accessories and tech, like speakers and headphones.

It doesn’t hurt that many of the selections have been created by notable designers. 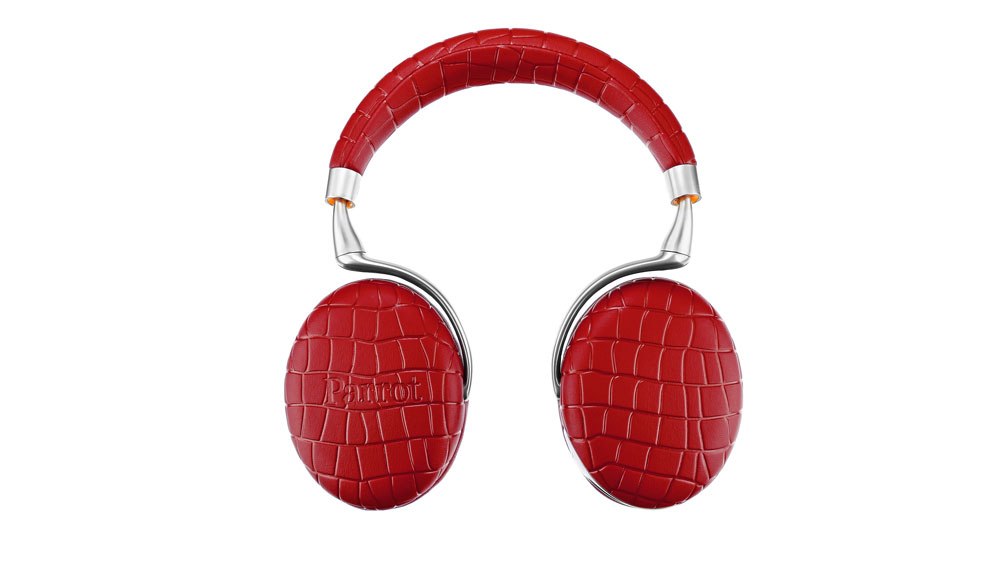 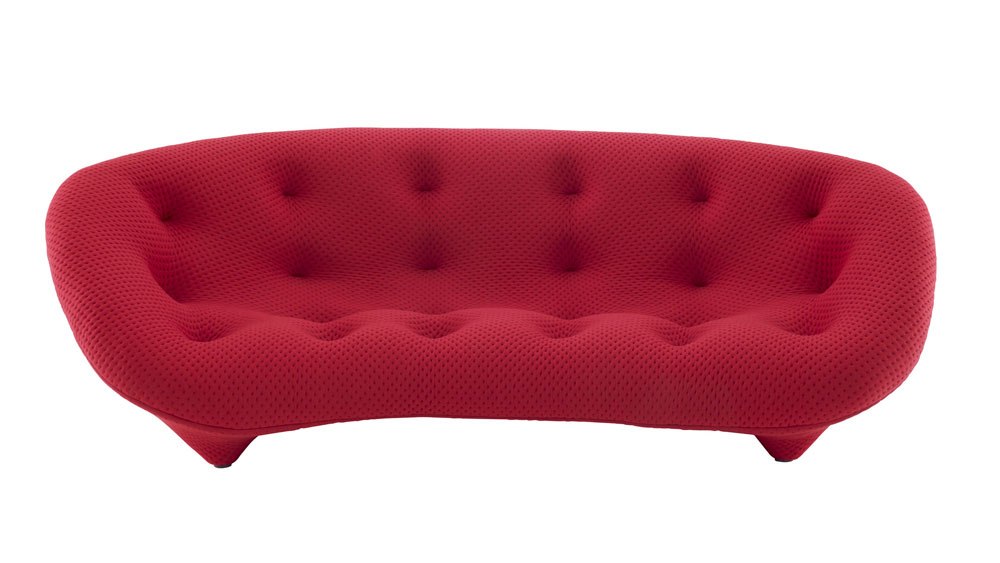 Ever prolific, Ronan and Erwan Bouroullec created the Ploum sofa in 2011 for Ligne Roset

There is Sèvres’s Vase No. 3 by Pierre Charpin, the Ben Hur chair by Jean-Paul Gaultier for Roche Bobois, and the Andrea indoor air purifier by Matheiu Lehanneur.
Less familiar names like Ionna Vautrin, who designed the Fôret Illuminée lamp, also make an appearance. And as presentation is everything, each piece is displayed against exuberant black-and-white backdrops created by multidisciplinary designer Jean-Charles de Castelbajac.

If you’re curious and happen to be New York this month, five of the exhibition “tents” – Elegance, Panache, Art de Vivre, Heritage, and Audacity– will be displayed in Saks Fifth Avenue store windows in New York City, prior to setting sail for Buenos Aires, where the show is on July 20 – August 8.