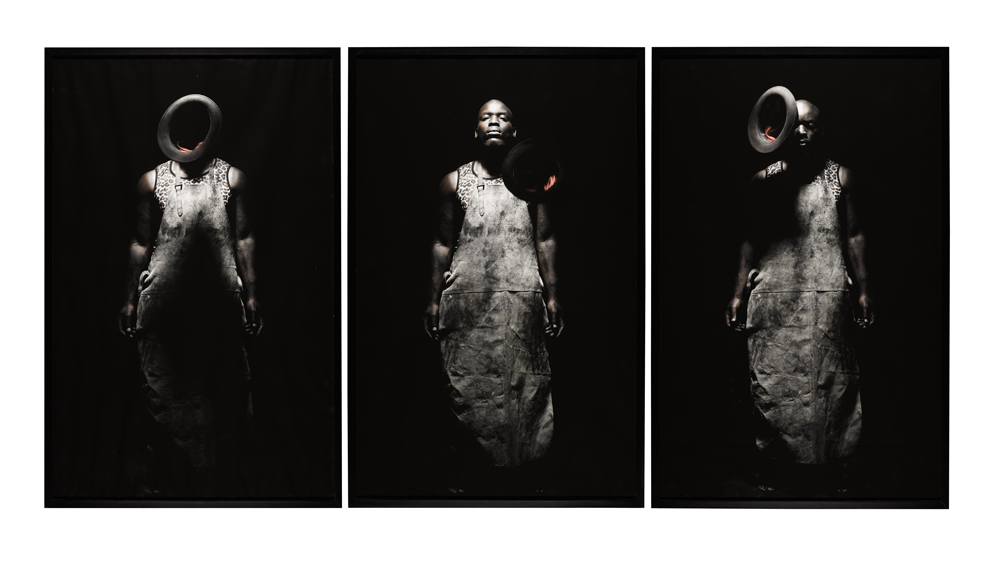 South African artist Mohau Modisakeng is known for storytelling through the media of photography and video, having achieved critical acclaim for his installation in the South African pavilion at the 2017 Venice Biennale. His imposing triptych Untitled (Qhatha series) (2010), the first work by the artist to come to auction outside South Africa, carries an estimate of £20,000 to £30,000 (A$36,650 to A$54,975)

“For this year’s spring sale, we will be focusing on African contemporary art, presenting not only works by such luminaries as Njideka Akunyili Crosby and Ibrahim Mahama but also pieces by a number of exciting artists who are less well-known, giving collectors an opportunity to expand their holdings in this dynamic category,” says Hannah O’Leary, head of modern and contemporary African art at Sotheby’s in London.

On March 28, the house will be offering 111 lots, including works by notables El Anatsui, Irma Stern, William Kentridge, and Ben Enwonwu. Highlights include Mahama’s Chale Wote (2014), part of a monumental installation that cloaked the post office in Accra, Ghana, during the Chale Wote street festival. “Only a few of the artist’s works have ever appeared on the block,” says O’Leary, who rejoined Sotheby’s in 2016 to spearhead its expansion into the African contemporary art category.