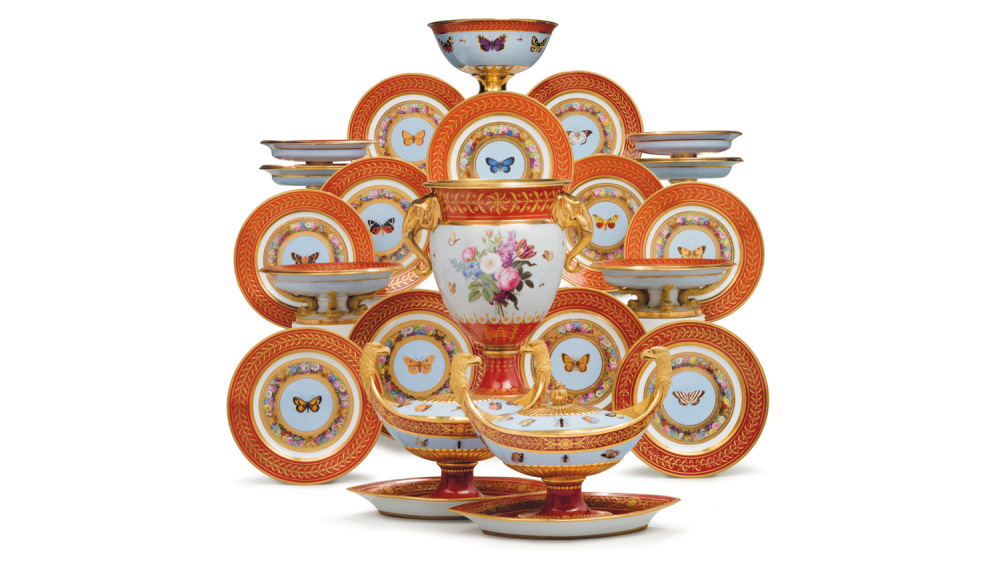 A rare chance to dine on Napoléon’s dinner plates

The would-be ruler of Europe’s Sèvres porcelain dessert service is center stage for the Rockefeller Collection at Christie’s New York in May.

On May 8, a suite of opulently decorated porcelain pieces from the so-called ‘Marly Rouge’ dessert service, commissioned by none other than the Emperor Napoléon, is among the storied offerings in a sale of 253 lots of English and Continental furnishings owned by David and Peggy Rockefeller at Christie’s in New York.

The service, which is painted with butterflies, moths, bees, wasps, beetles, and other insects, includes an elephant-head-handled ice pail (glacière) with a cover and liner; a pair of oval eagle-headed sauce tureens or sugar bowls (sucriers), with covers and navette-shaped stands; a footed bowl; two compotes (compotiers) supported by four parcel-gilt dolphins; four smaller-footed compotes; and 12 plates.

“This marvelous dessert service must have been important to Napoléon as he took it with him when he was exiled to Elba following the signing of the Treaty of Fontainebleau in April 1814,” says Jody Wilkie, cochairman in the department of decorative arts at Christie’s in New York. 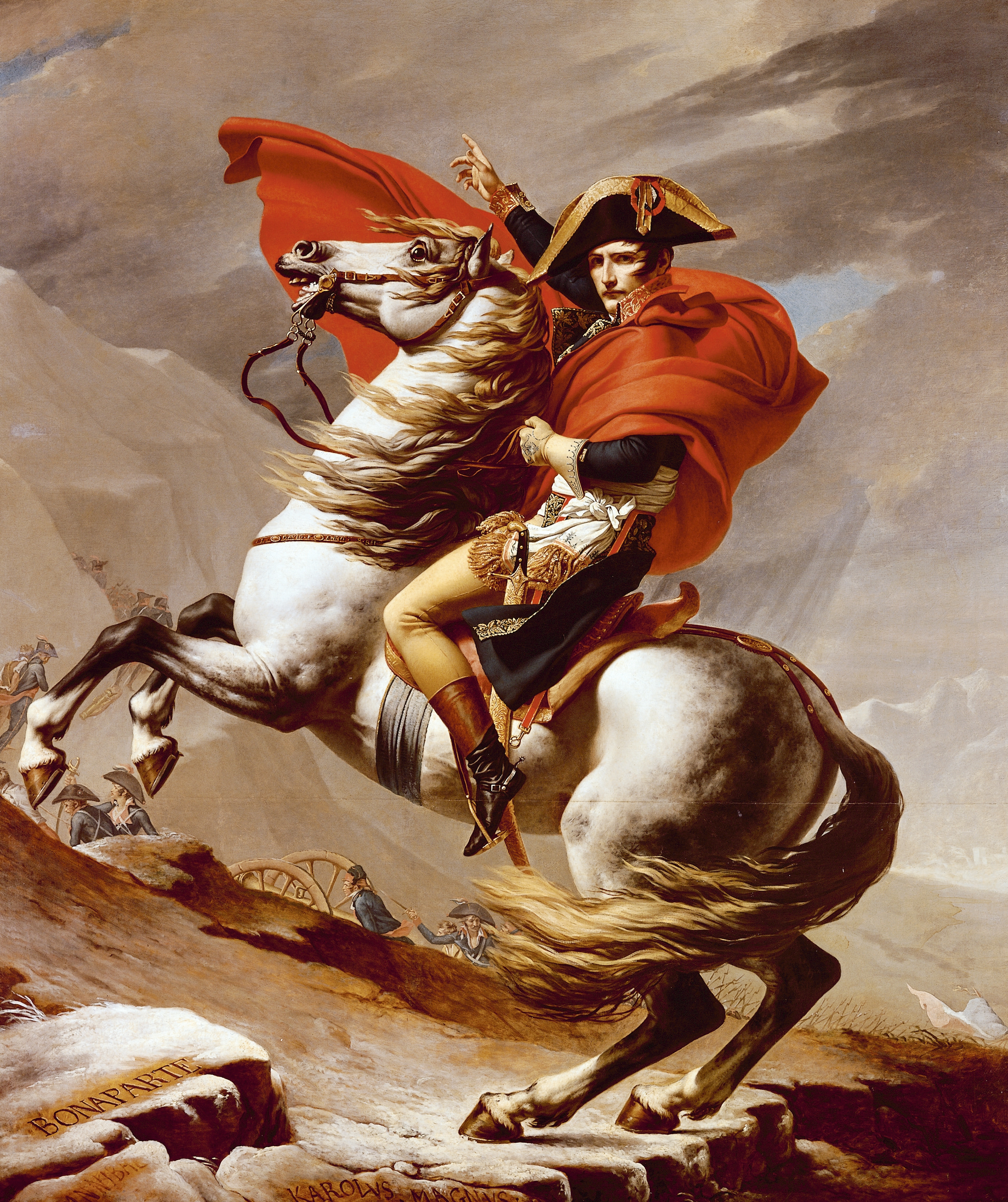 The dessert service, she explains, was made for the emperor in 1807–09 and was originally to be delivered to his favorite residence, the Château at Compiègne. However, he wound up taking delivery of it at his hunting lodge at Fontainebleau in October 1809, not long after signing the Treaty of Schönbrunn in Vienna. “The bespoke service was delivered during a rather emotional time for Napoléon as he had decided to divorce his beloved Josephine, who was unable to bear an heir, and essentially handed the empress her walking papers.”

Following Napoléon’s death, says Wilkie, much of the service was dispersed, with Fontainebleau—now a UNESCO World Heritage Site and museum—retaining but a single dolphin-footed compotier and perhaps six plates, which they were able to acquire on the art market. “I’d say the Rockefeller Collection has a good third, if not more, of Napoléon’s original service. Perhaps more important, it includes an example of every piece that was in it.”