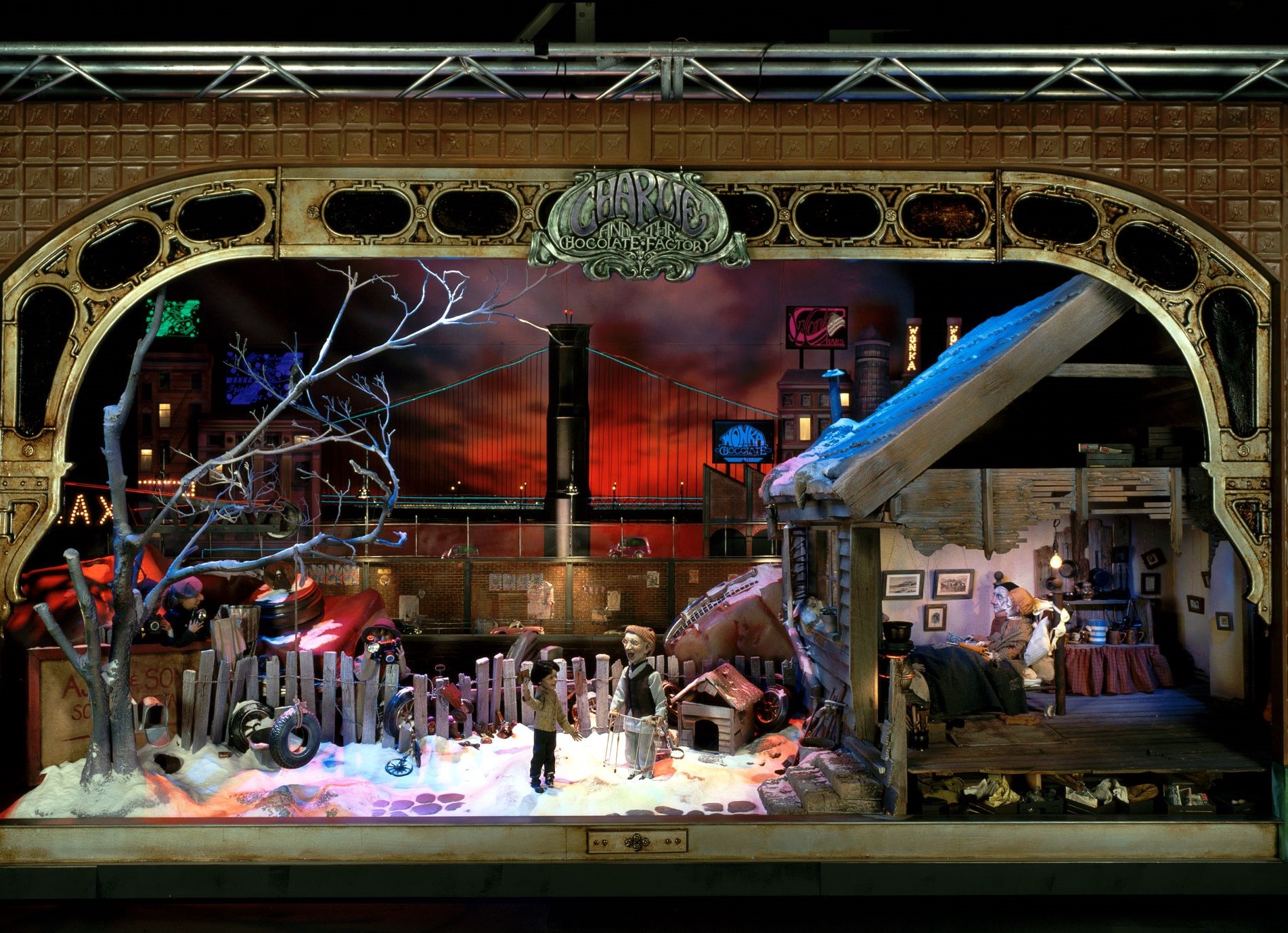 It’s just window dressing. You’ve heard the term, and possibly used it disparagingly. But real-world window dressing, at its best, deserves more positive associations. While many of us have been absentmindedly gazing through glass, it has grown to encompass art, craft, theatrics and the very latest in technology.

In Australia there are few more acclaimed, or technically accomplished, outfits than Stage ONE, run by John Kerr. In the lead-up to the festive season, we spoke to Kerr as he orchestrated his signature work: the Myer Christmas Animated Windows in Melbourne.

To set the scene, Myer’s Christmas window display is a Melbourne tradition dating back to 1956, the city’s Olympic Games year. That first window display’s ‘Santa and the Olympics’ theme also showcased television, introduced to Australia only in September of that year.

Every year since, it’s been a major production. Stage ONE commences work for the next year almost the moment the installation is completed for the current year’s effort. For 2016, Kerr and his crew used six kilometres of fibre optics for the lighting, dabbed on more than 500 kilograms of paint and spent 17,000 man hours recreating vistas of Melbourne in the ’60s. 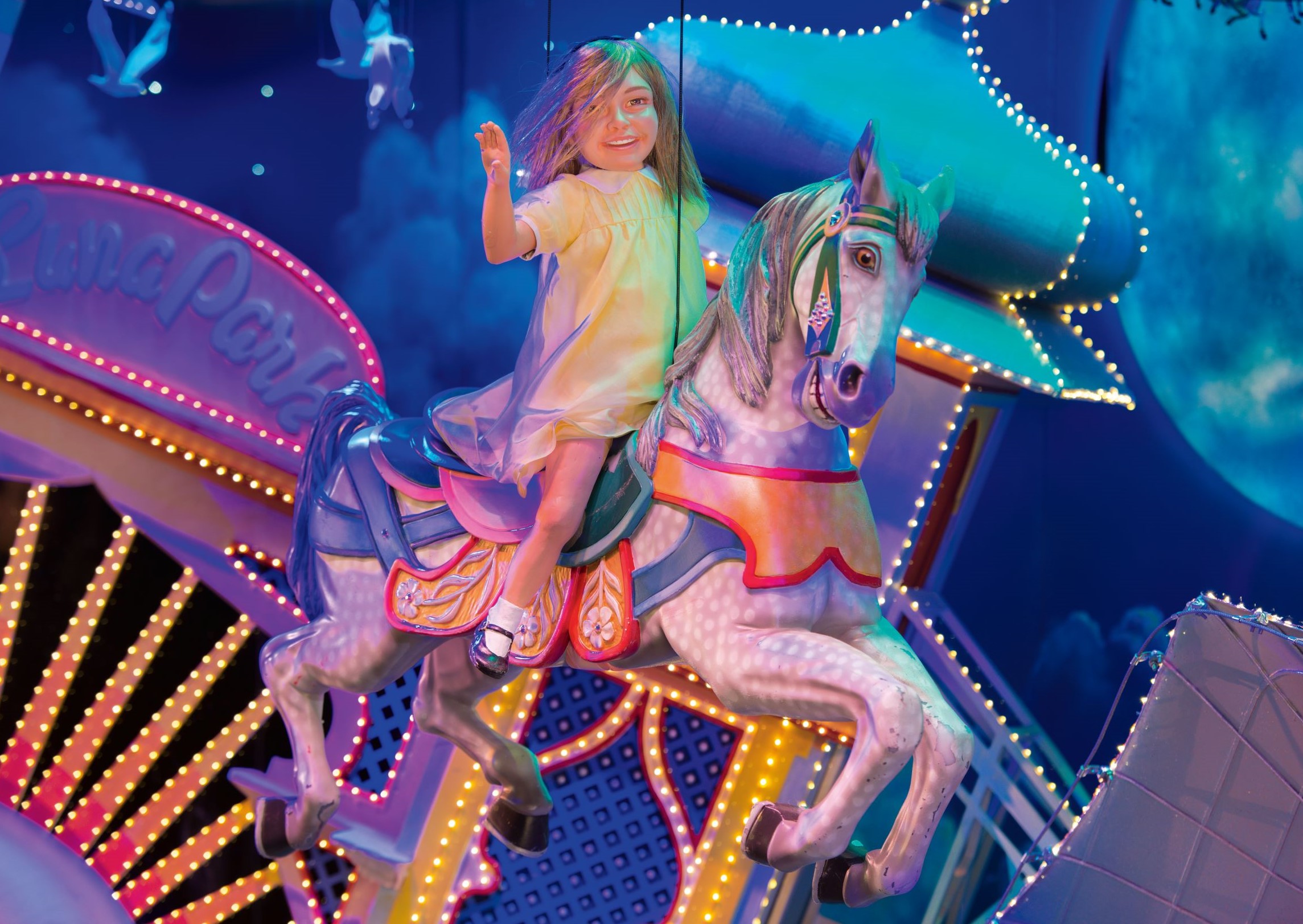 There were 5000 figurines, including 120 distinctive handmade characters more than half a metre tall. Many of these were moving, spinning, waving, even chasing after chickens and swinging on a Hills Hoist.

In 2017, for the first time, 3D printing will be used to produce figurines. At least some of the reasoning very quickly became obvious in speaking with Kerr.

“3D printing has just opened up this whole new world of characters,” Kerr says, because once characters are scanned in, the Rhino software program allows them to be manipulated and duplicated. “Now we can change their expressions. And no-one here likes carving and sculpting hands, from open to closed and everything. So to be able to just bend fingers digitally and then simply print another hand is magical.

“Previously, it was all plasticine for the more intricate stuff and … we would actually have wire in the plasticine and we’d bend the hands and take another silicone mould of the hand and cast it in resin. If you wanted the same character, say, holding a teacup and the next thing, an open hand, that’s three days’ work to create a new hand. Now, we can print a hand in two hours.” 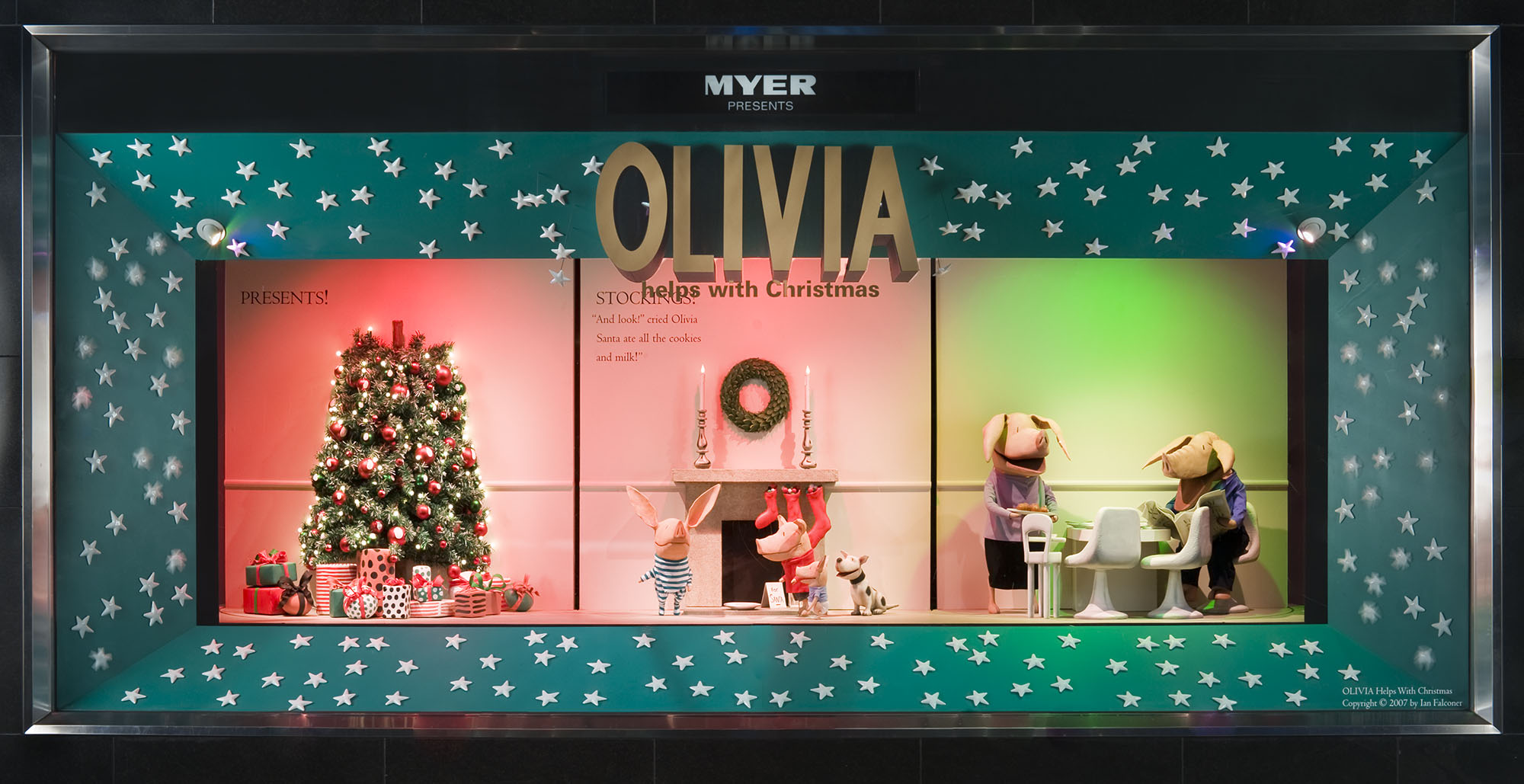 Although these Christmas windows use all manner of technology in their construction and operation, including computer-controlled movement, Kerr is determined to keep it hidden so as not to disturb the “old world magic”.

“There’s that nostalgic element in the windows,” he says, “where people – adults – come to the windows to see craftsmanship, so we need to maintain that level of craftsmanship and keep those talents and creativity alive.

“Yes, we use laser cutting and robotic milling and all the mod cons of production, which definitely makes our life easier. But we still want to hand-finish everything. We definitely still want to use scenic art rather than digitally printed backgrounds, because that’s where the magic is.”

Kerr says he fell in love with the Myer Christmas windows as a kid, when his family made regular pilgrimages into Bourke Street to look at them. He set his sights on one day doing them himself.

That day came in 1994. At 25, he was the youngest ever to take on the role. There were 12 people involved in Kerr’s team in 1994. Now, more than 40 are involved, including some of that original dozen.

For the record, Kerr quite likes the term ‘window dressing’. He has experience in theatre and likens the shop window to the proscenium arch. “The glass allows you to create the magic from behind. It’s very much a stage and we use stagecraft to achieve the effects. 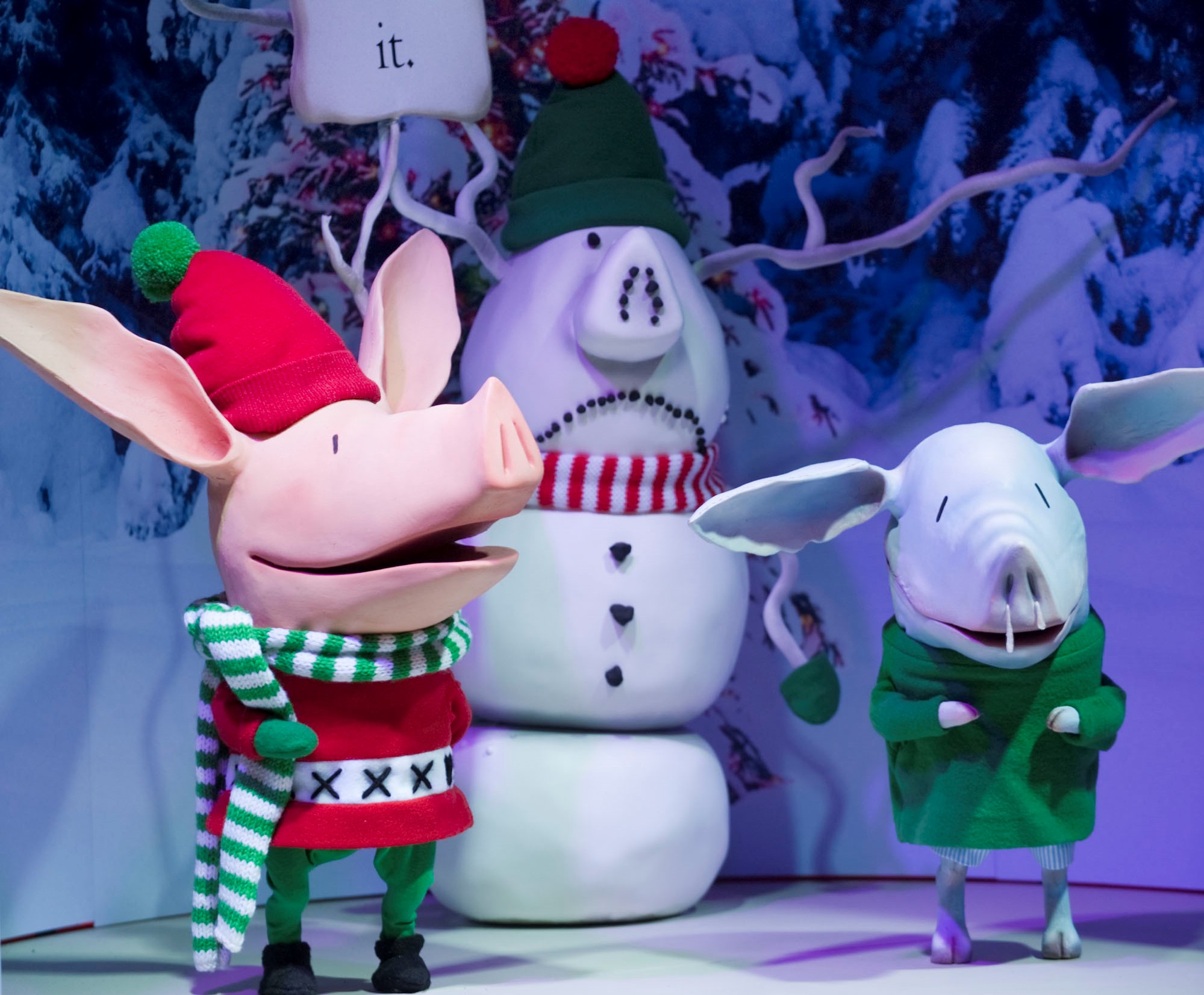 “Within stagecraft there are disciplines of how you mask and border and create depth. You have a scenic designer – me. You have a costume designer, you’ve got an animation designer and a lighting designer. Then there’s my assistant designer who does all the drawings and drafting.

“From there you’ve got your traditional theatre production team. So, you’ve got your woodwork, your metalwork, your engineering, your costume department and scenic cast and also a make-up department. That’s complemented by your digital production. (They) look after our robotic milling and 3D printing, our show control systems, our programming with animation … and also lighting programming.

“The only difference in producing the Christmas window to a stage show is that you don’t have to put up with performers. And my characters always find the light.”

Once the intricate planning and manufacturing is completed, a team of six technicians spends two weeks on installation. That’s quick, apparently. Kerr points out he’s had 24 years refining and developing the whole process.