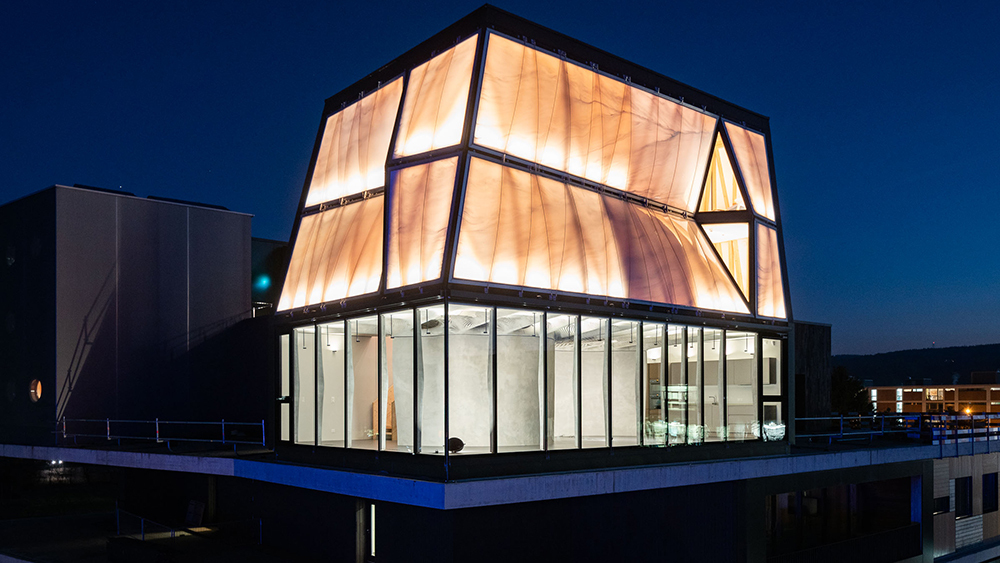 The fear of robots rendering humans obsolete in the workplace has been bubbling up for some time now. But despite rising anxieties over our robot overlord future, the truth is that automation has delivered some pretty exciting things: precise robotic tailors, self-driving shuttles, G-Wagens that double as comedians and, lest we forget, robots that can do parkour. Now, apparently, they can also build smart homes.

Cyborg hardhats were the driving force behind this new three-level home in Dübendorf, Switzerland. DFAB House—the moniker’s a nod to the digital fabrication methods used in construction—is billed as the world’s first habitable structure to be digitally planned and digitally built with the help of robots and 3-D printers.

The ultra-modern 220-square-metre adobe features curved energy-efficient walls, expressive timber beams and an ornamental concrete ceiling, which arguably, would not have been possible without the precision of a large-scale 3-D printer or the robot’s steady electronic hand.

As you would expect, the intelligent home functions like something out of a futuristic sci-fi: Blinds magically open upon hearing a specific command—part of the automated glare and shading system—while the kettle starts boiling water for afternoon tea as soon as you give the word, thanks to the networked appliances. The property also boasts a high-tech alarm system, which we hope releases a team of action figure-size Arnold Schwarzenegger Terminators to catch intruders. (That’s probably not what happens.)

To top it off, DFAB House is sustainable in terms of both construction—it needed 60 per cent less cement than the standard home—and operation: The solar photovoltaic modules on the roof supply one and a half times as much electricity as the unit itself will consume.
Safety is indeed the hot topic with automation—after all, we’ve seen the self-driving car fail more than a few times—but DFAB House passed the stringent Swiss building safety codes with flying colours. Embracing this technology may even help to safeguard construction workers from more perilous lifts. In fact, earlier this year, Bleutech announced it will use robots when building the world’s first “Smart Mini-City,” stating that digitization will increase workplace safety. Check out more photos of DFAB House below: