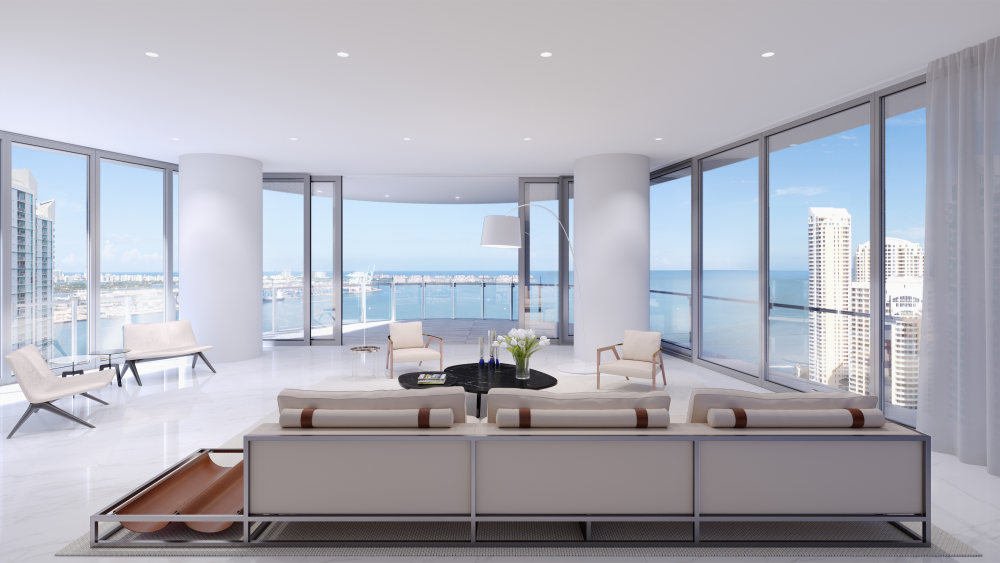 This $74 Million Penthouse Comes With a Rare Aston Martin Vulcan

The 66-story residential tower also comes with a marina to park your superyacht.

Aston Martin doesn’t just want to craft the next big luxury sports car. It also plans to build Miami’s most buzzworthy, $50 million (A$74 million) penthouse, and throw one of its coveted models—the one-of-24 Vulcan—into the deal gratis.

A suitably automotive buyer’s perk, the Vulcan has a formidable 596kW, V-12 engine, and was priced at US$2.3 million when it made its debut at the Geneva Auto Show in 2015. The catch? All that power means it’s not road legal. Instead, the keys to your new auto (and penthouse) come with a membership to a private track club, as well as driving lessons, which even experienced drivers might need, considering all those horses under the hood.

The residence itself, meanwhile, spans 1858 square metre, with floor-to-ceiling windows that take full advantage of the bayside views, and marble flooring keeps the six-bedroom, seven-bathroom space bright and airy. Shots of this coveted property remain under wraps, but we can offer a sneak peek of the lavish Unit 1A, pictured below.

The triplex penthouse is the crown jewel of the Aston Martin Residences, Miami and marks the British automaker’s first foray into the world of residential real estate. It occupies floors 63 through 65 of the 66-story residential tower located on the downtown Miami waterfront. It’s not the only marque getting into the residential lifestyle business, however; competitor Porsche has already crossed that finish line.

And if you’re in the market for a spot to park your superyacht as well as your new hypercar, the residences have an amenity for that. The developer, G&G Business Developments, recently unveiled an adjacent marina for the luxe residences, which will accommodate boats longer than 91-metre.

That’s all fine and well for superyacht owners, but the burning question for automotive aficionados is, what will parking be like for cars? The Porsche Design Tower set the bar high by including parking on the same level with some of its most premium residences to keep your collection close.

The marina will join the Aston Martin tower’s cascade of other resident-only perks, which include 3925 square metres of “sky amenities” that consume four floors of the building—among them, an infinity pool, a fitness centre, a bar and an art gallery.

Should the triplex not be quite your speed, one- to five-bedroom units in the building range in price from US$750,000 to US$8.5 million, with other penthouse offerings starting at US$16 million (AS23.6 million).

The tower’s planned completion date is 2022; foundations were poured earlier this year. Of course, if it’s an ultra-rare auto you’re after, we’d recommend snapping up the triplex while you still can. Unlike all of the other units in the building, there’s only one of this particular model.