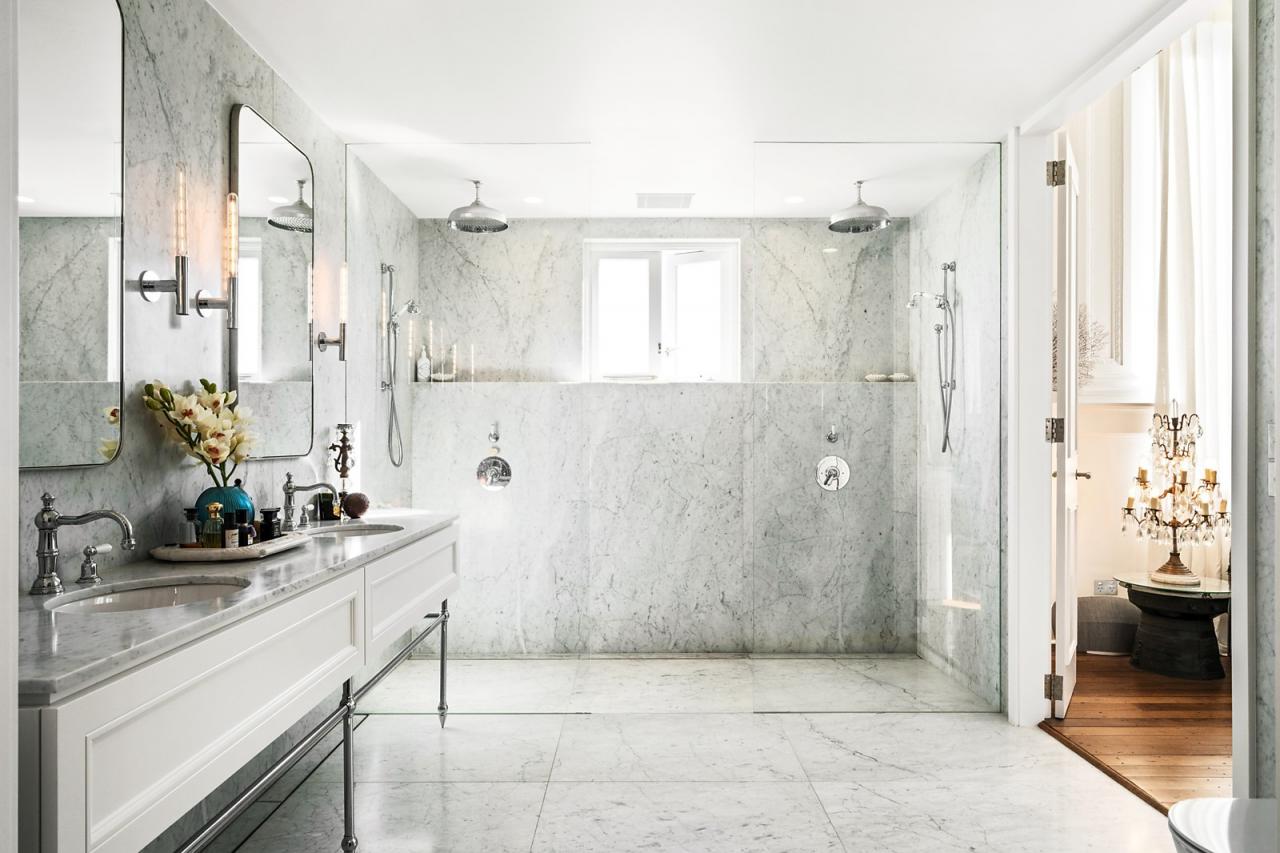 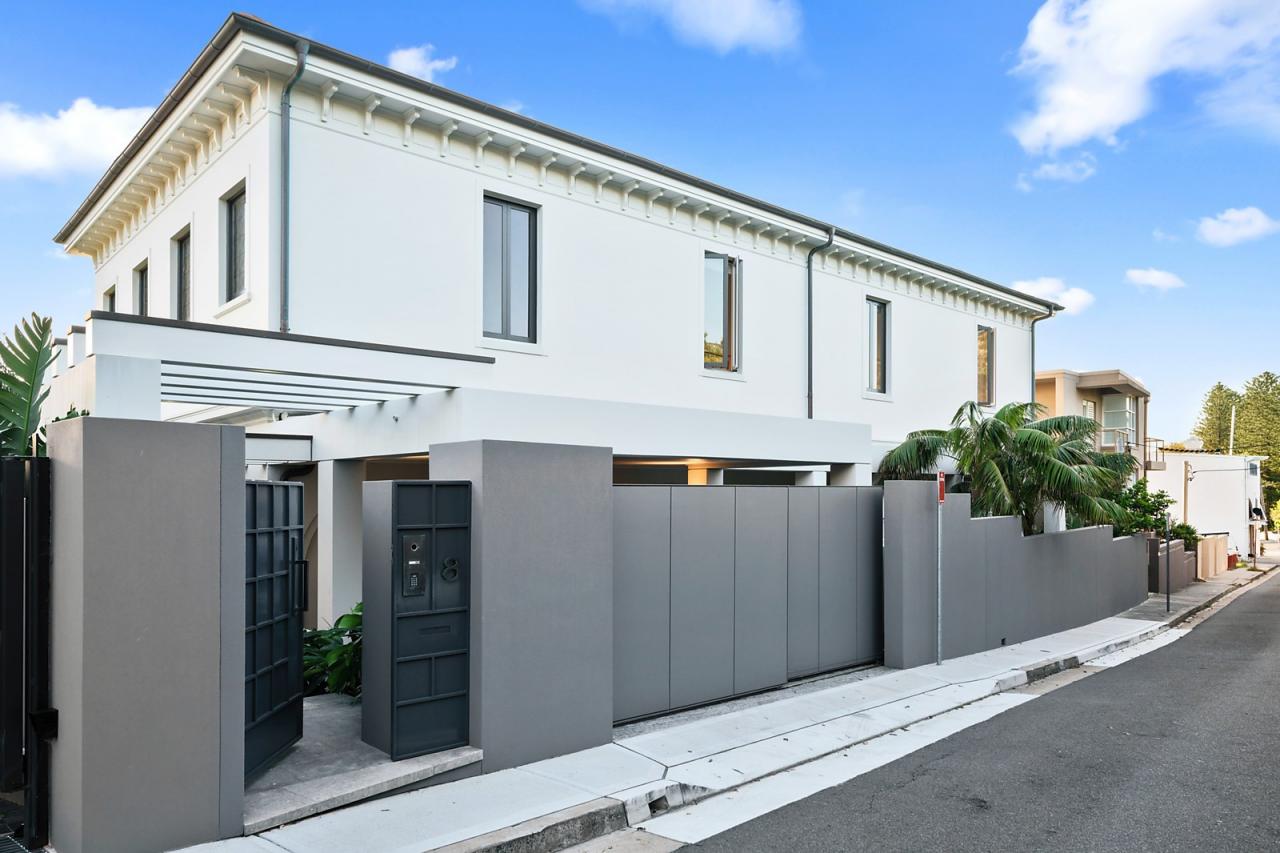 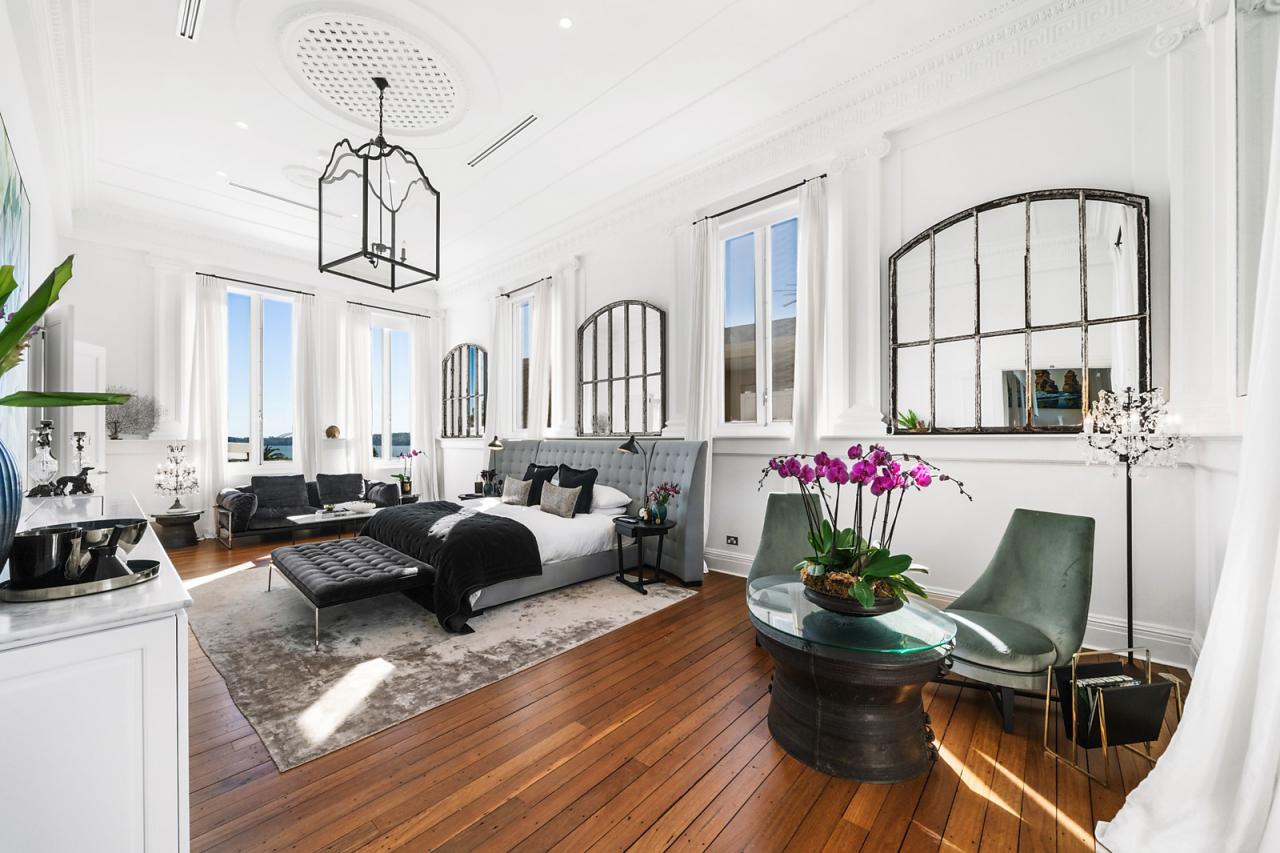 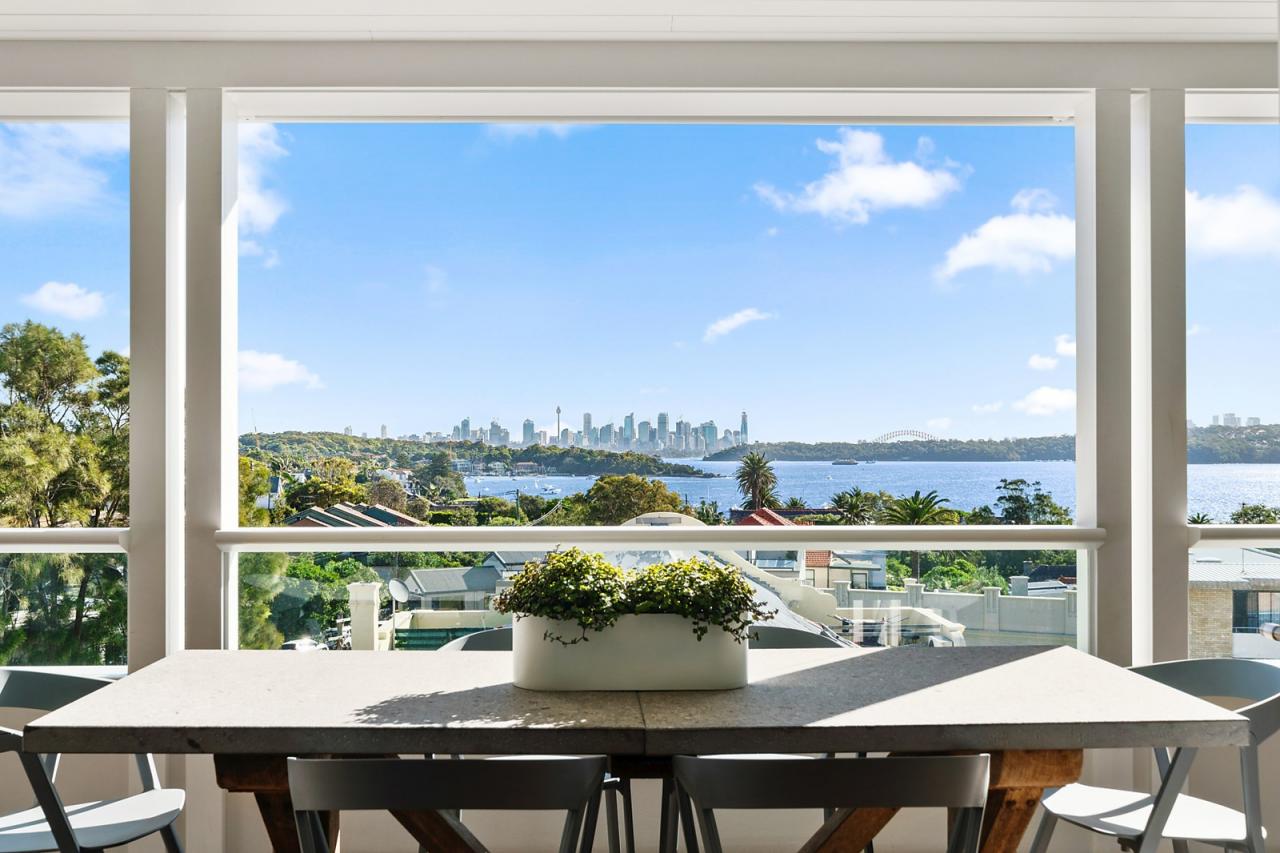 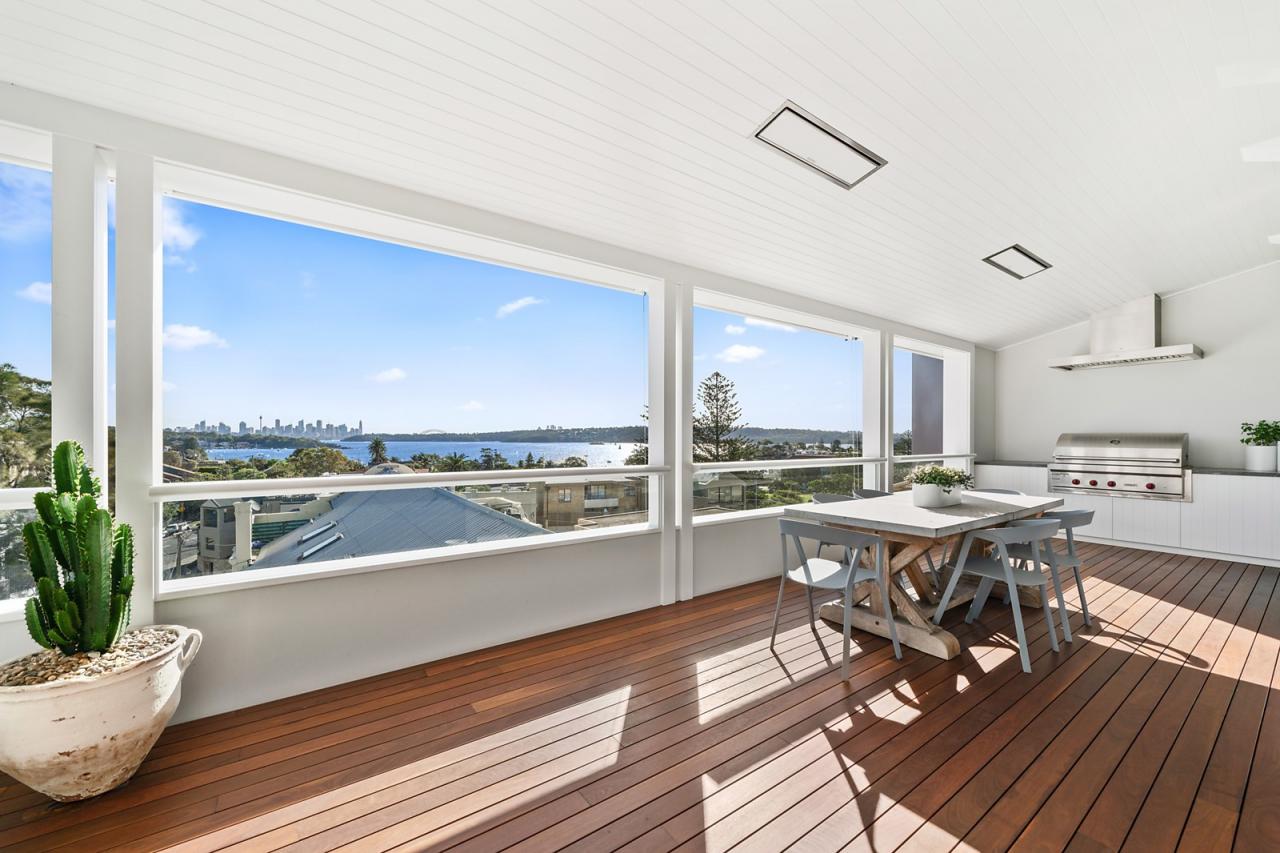 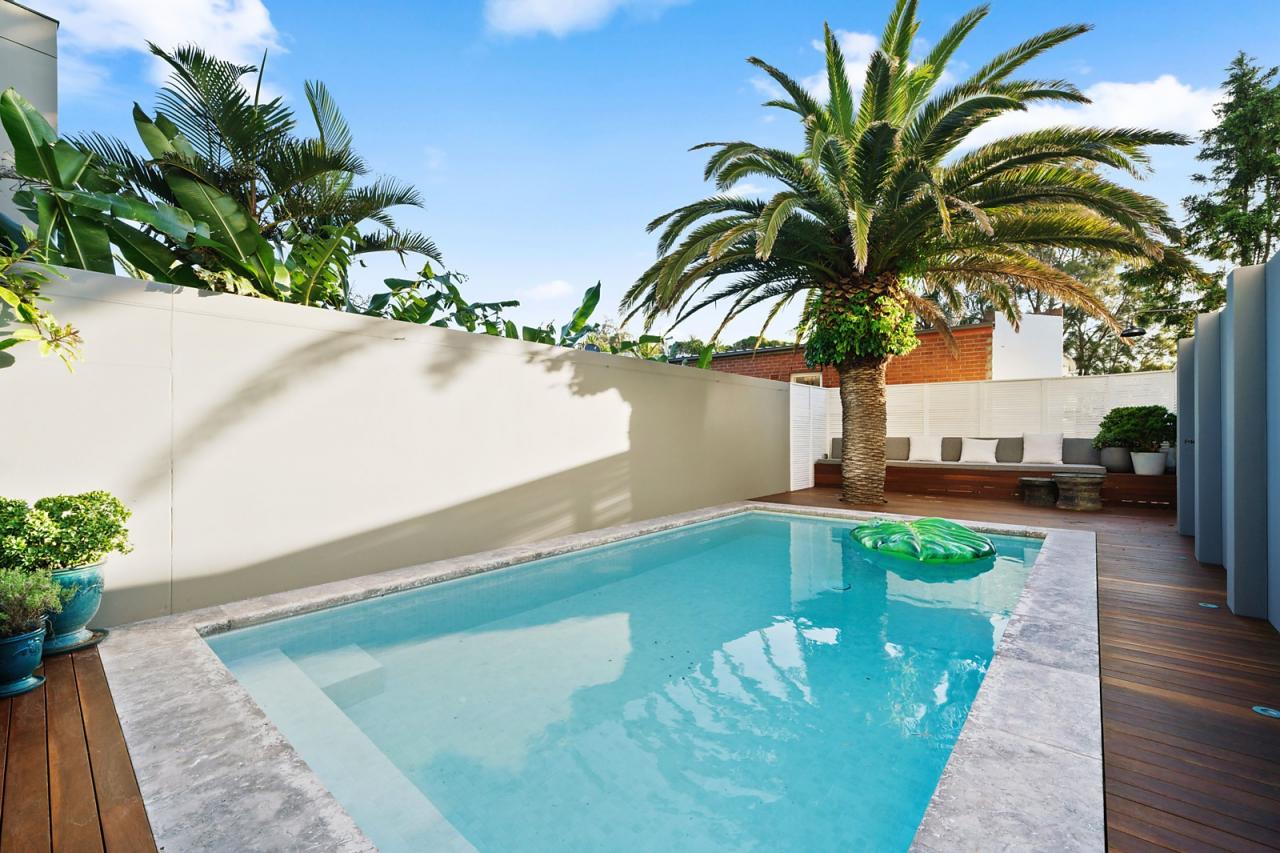 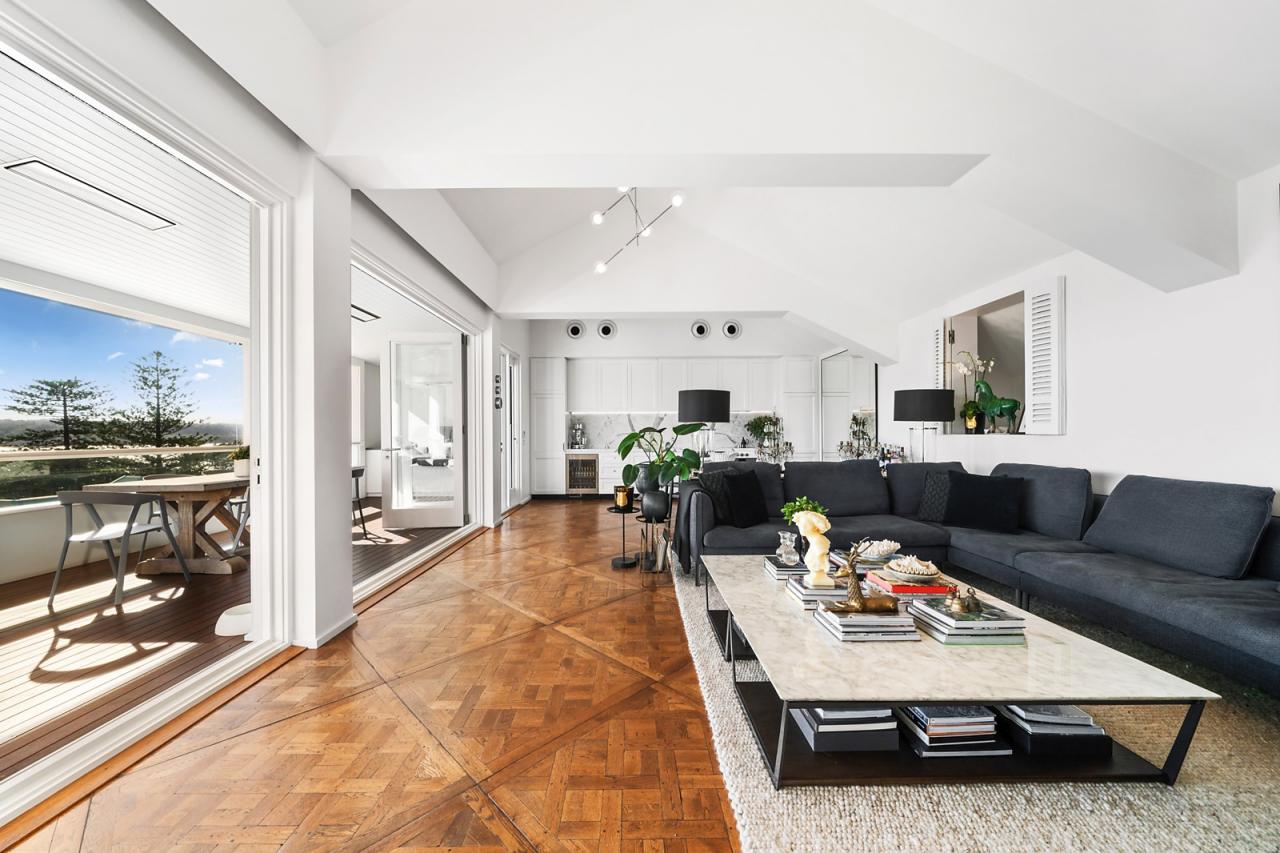 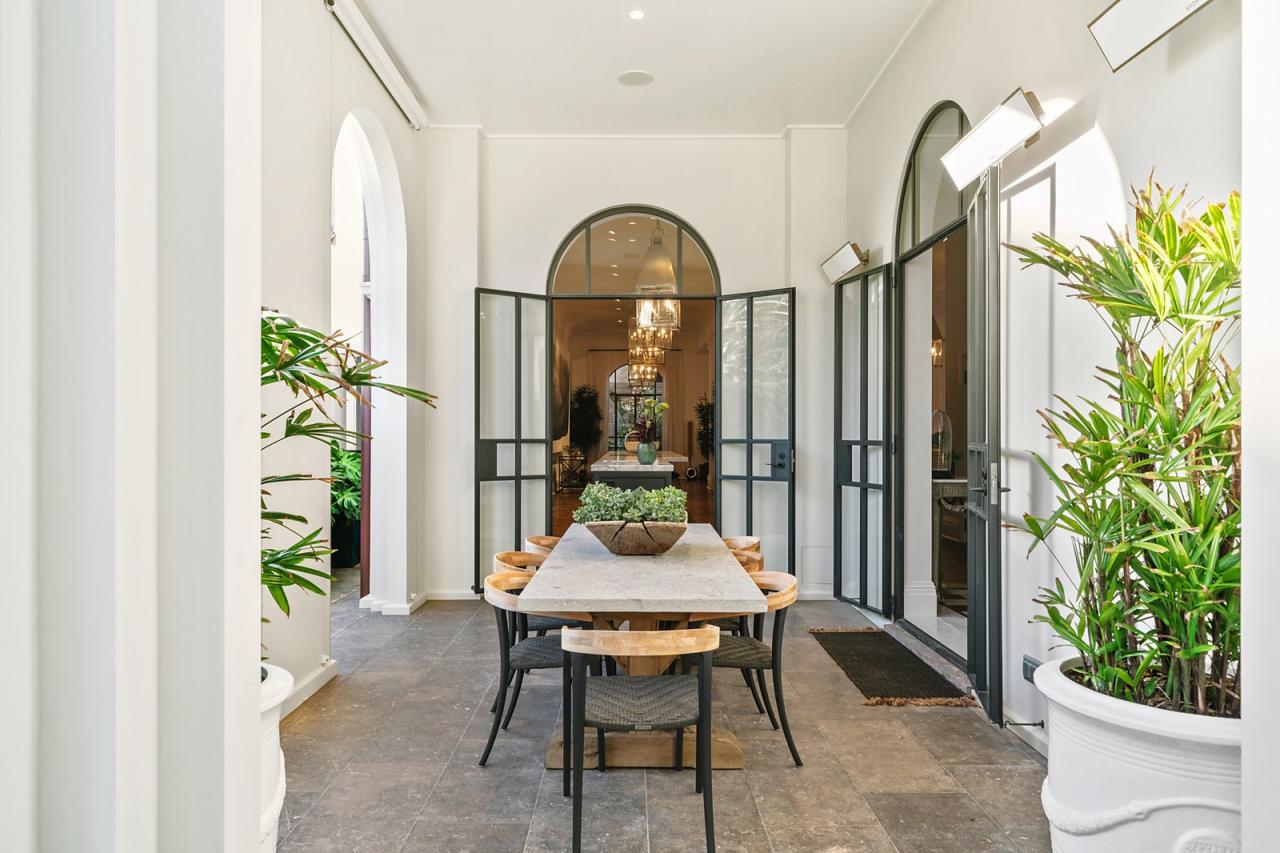 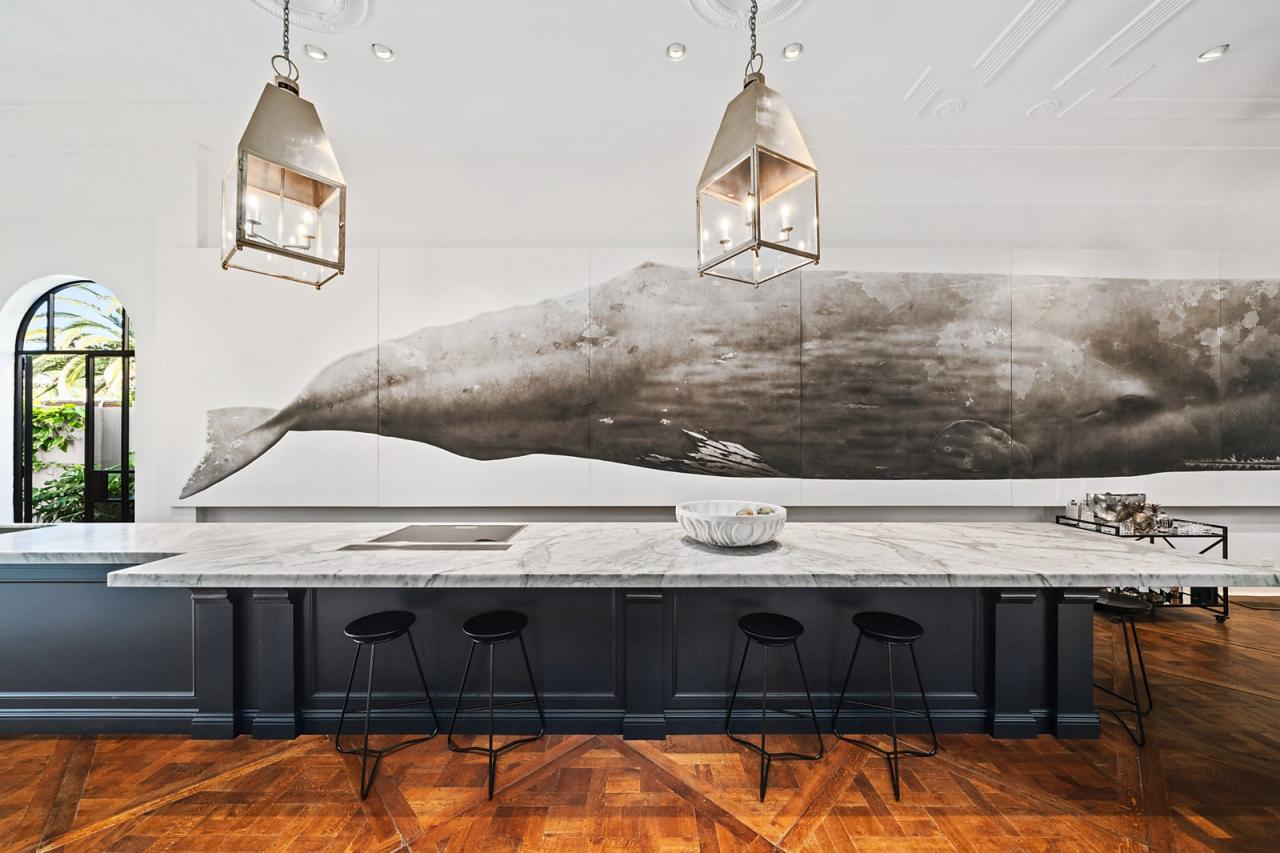 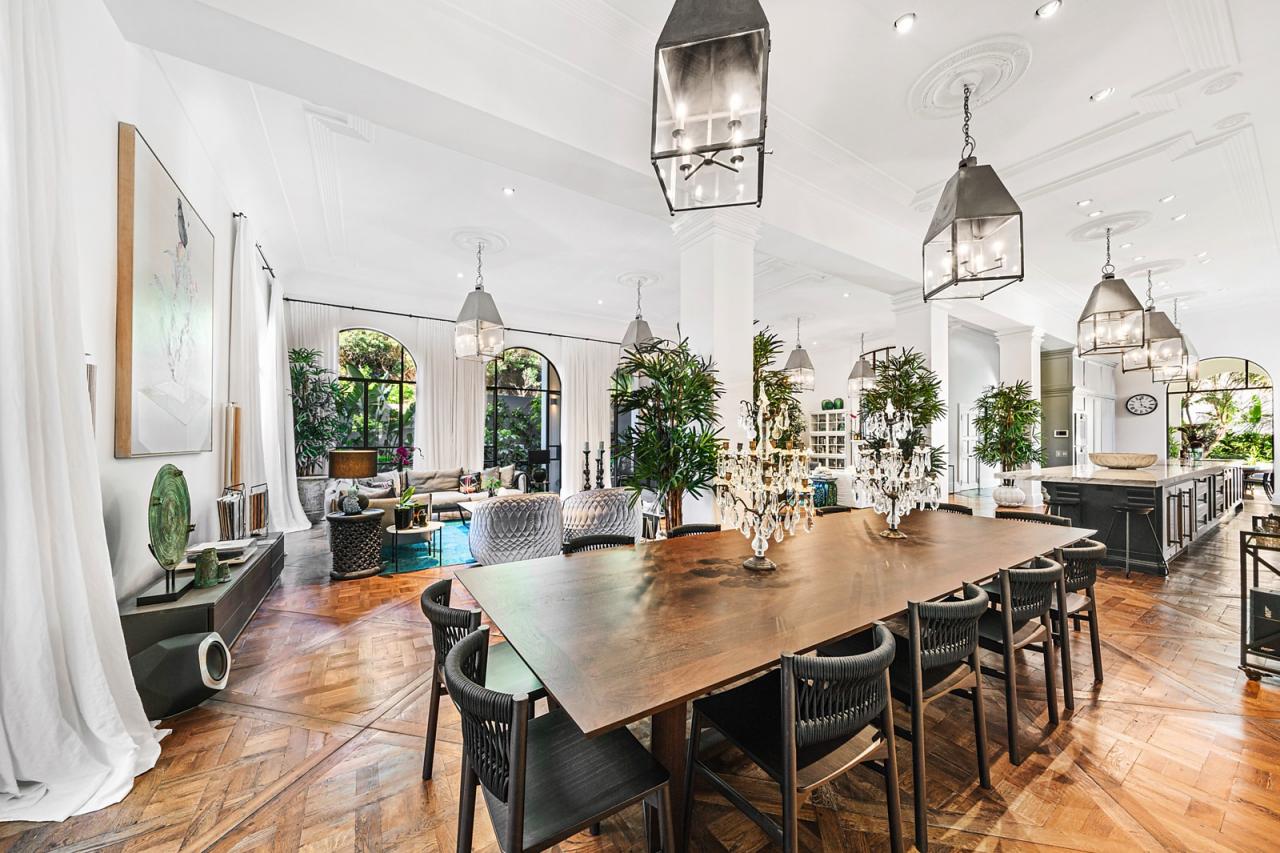 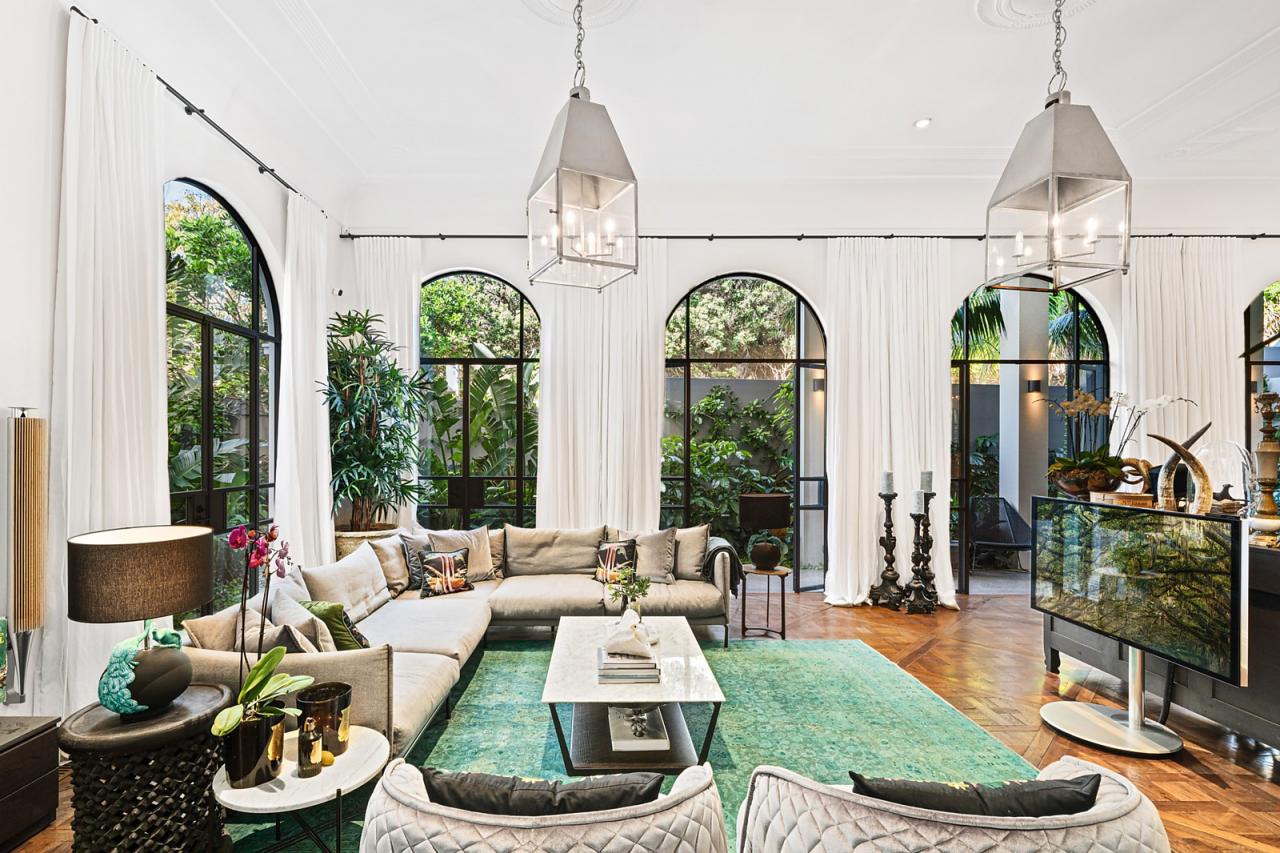 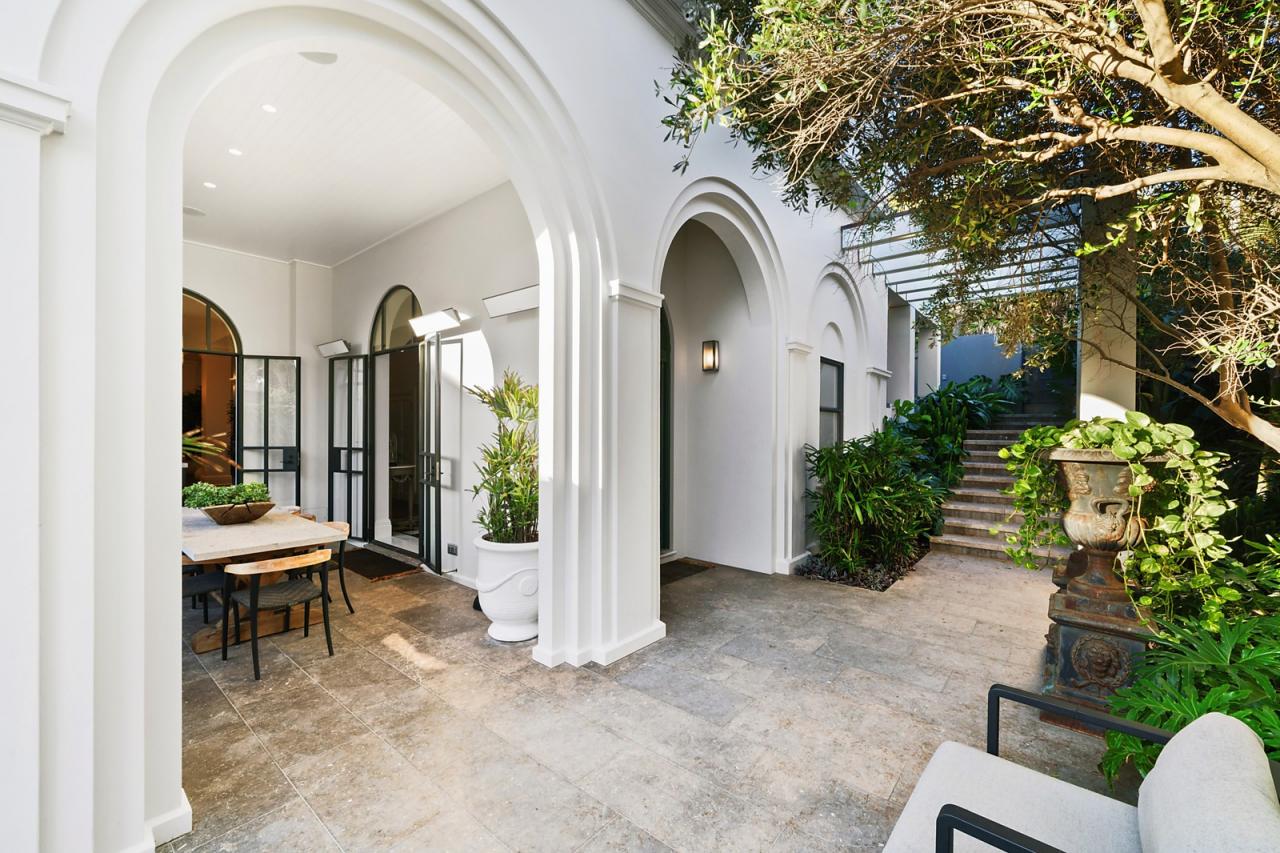 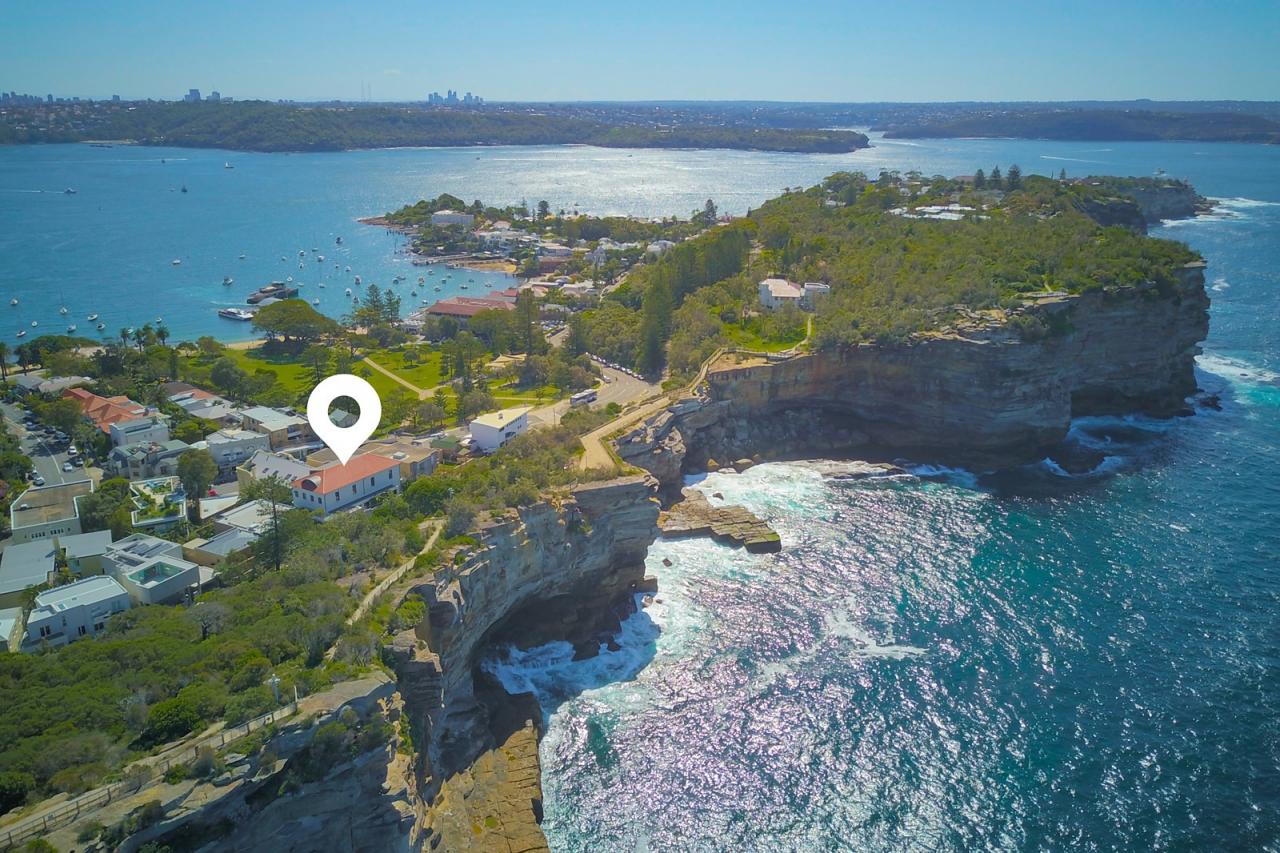 An updated slice of history with a luxury French twist and unique water views.

Dream living all year — through arguably the perfect new year’s eve party pad — the 5-bedroom, 5-bathroom home boasts a tangible sense of airiness and ease as driven by stately proportions and 5-metre ceilings across open plan living areas, bespoke arched windows connecting not only to history but the literal inside to outflow.

The finishes throughout are impeccable and unique, with 200-year-old French parquetry flooring paired to a Calacatta marble kitchen that’s fitted with Gaggenau appliances and an elongated, showpiece, marble benchtop for dining.

The upper level, accessible by private lift, sees the five large bedrooms each fitted with under-floor heating and Perrin & Rowe marble ensuites in each as well as a separate self-contained guest level.

The master suite comprises a dressing room larger than most Paddington boutiques (what’s left of them) and more views over Sydney Harbour.

Parking for two cars is secured by an electronic gate, security and camera system. The house sits within a two-minute stroll of Watson’s Bay Boutique Hotel, Robertson Park and known restaurants such as Doyle’s and Dunbar House.