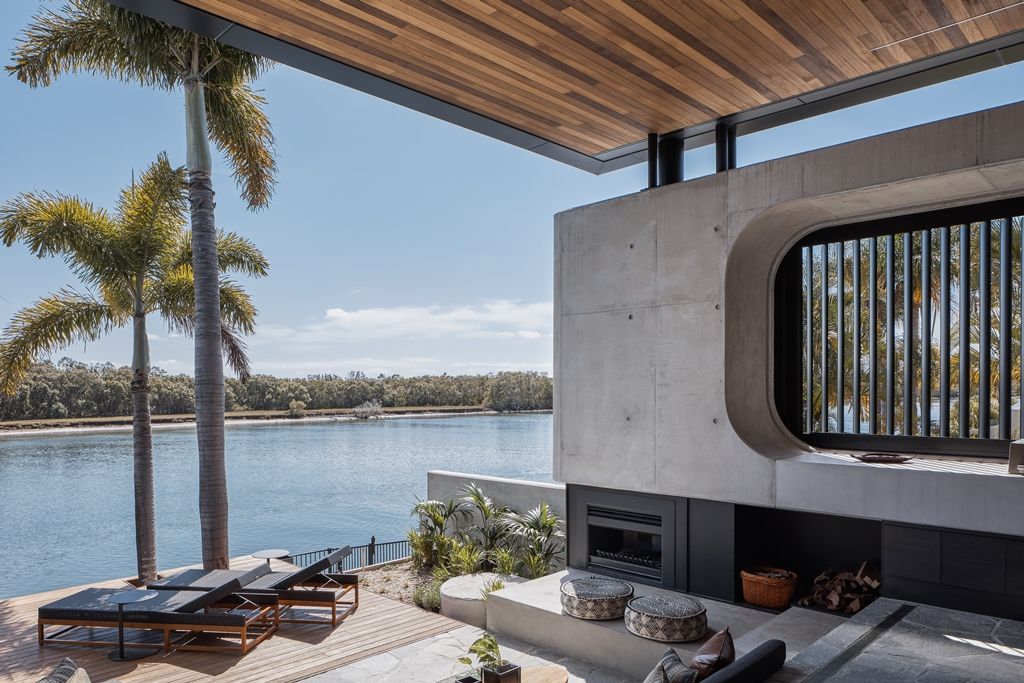 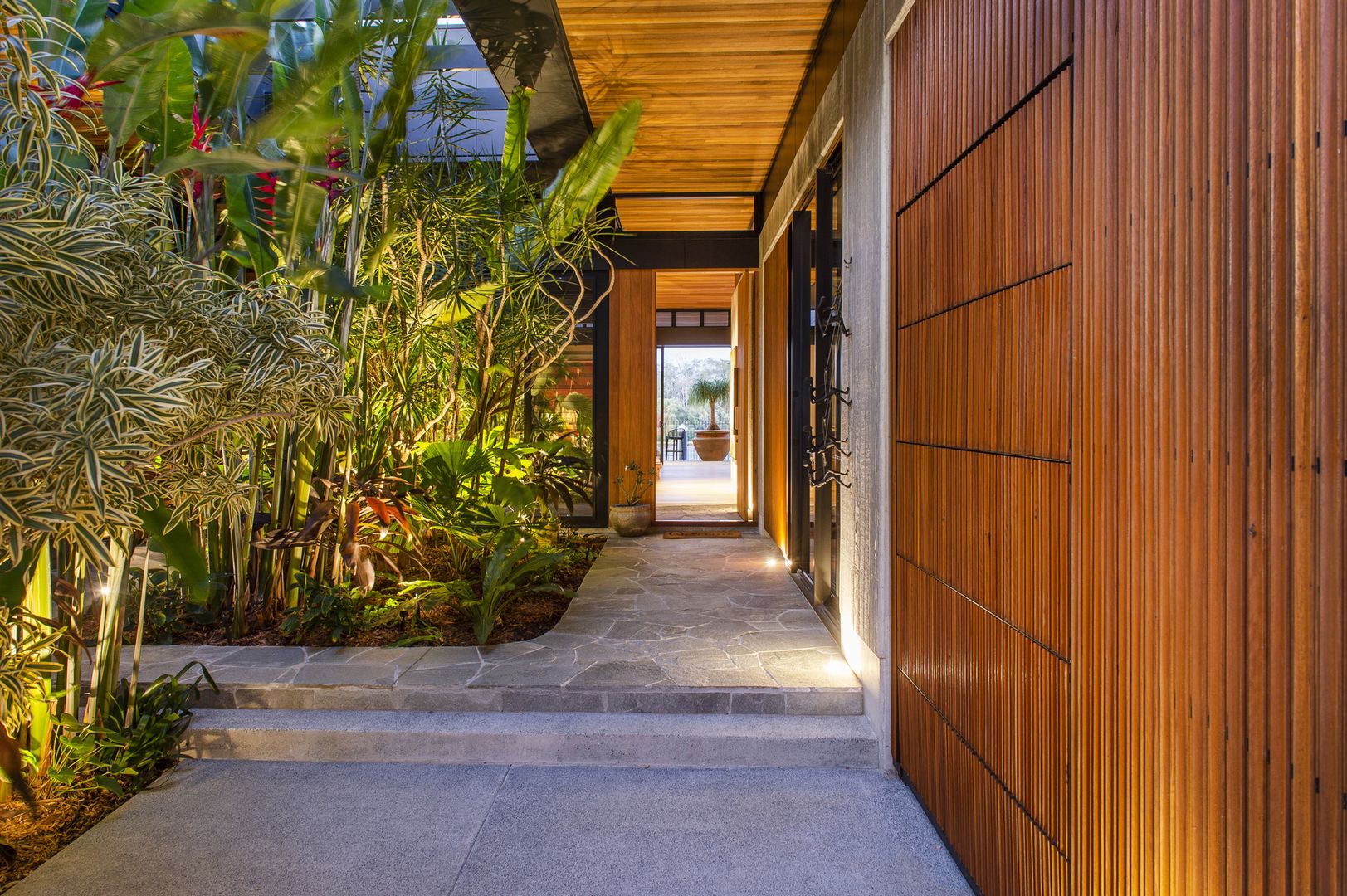 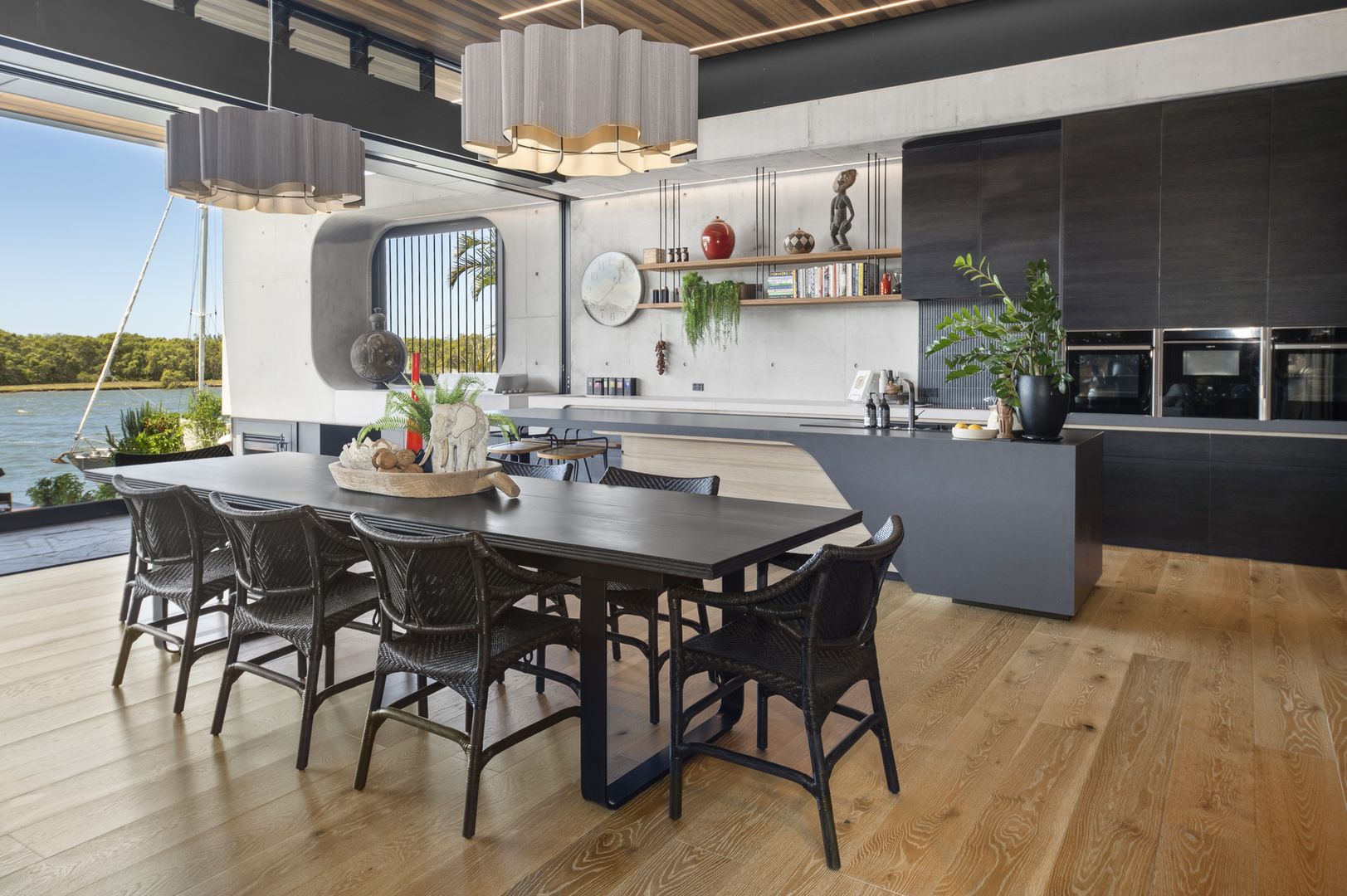 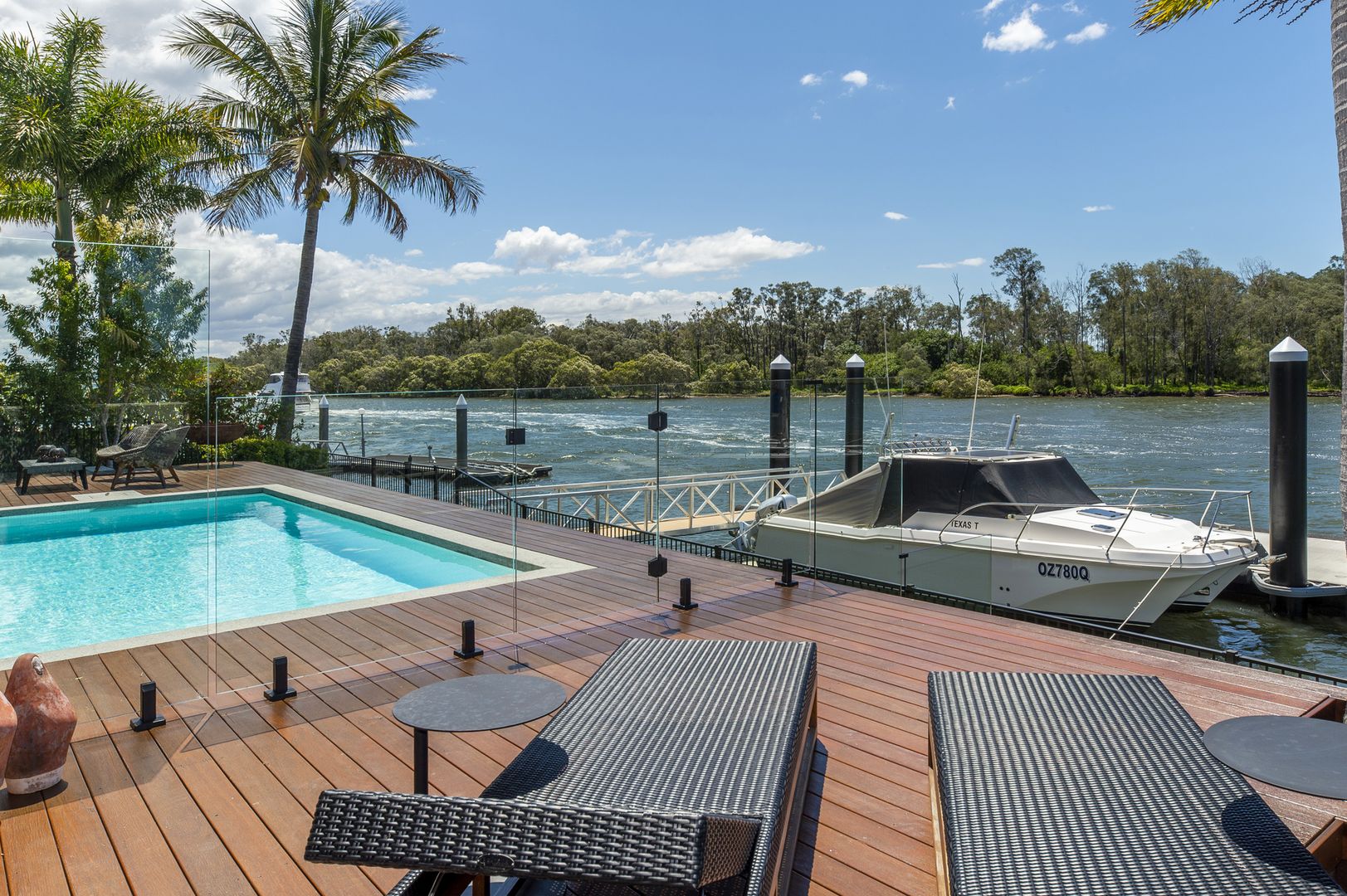 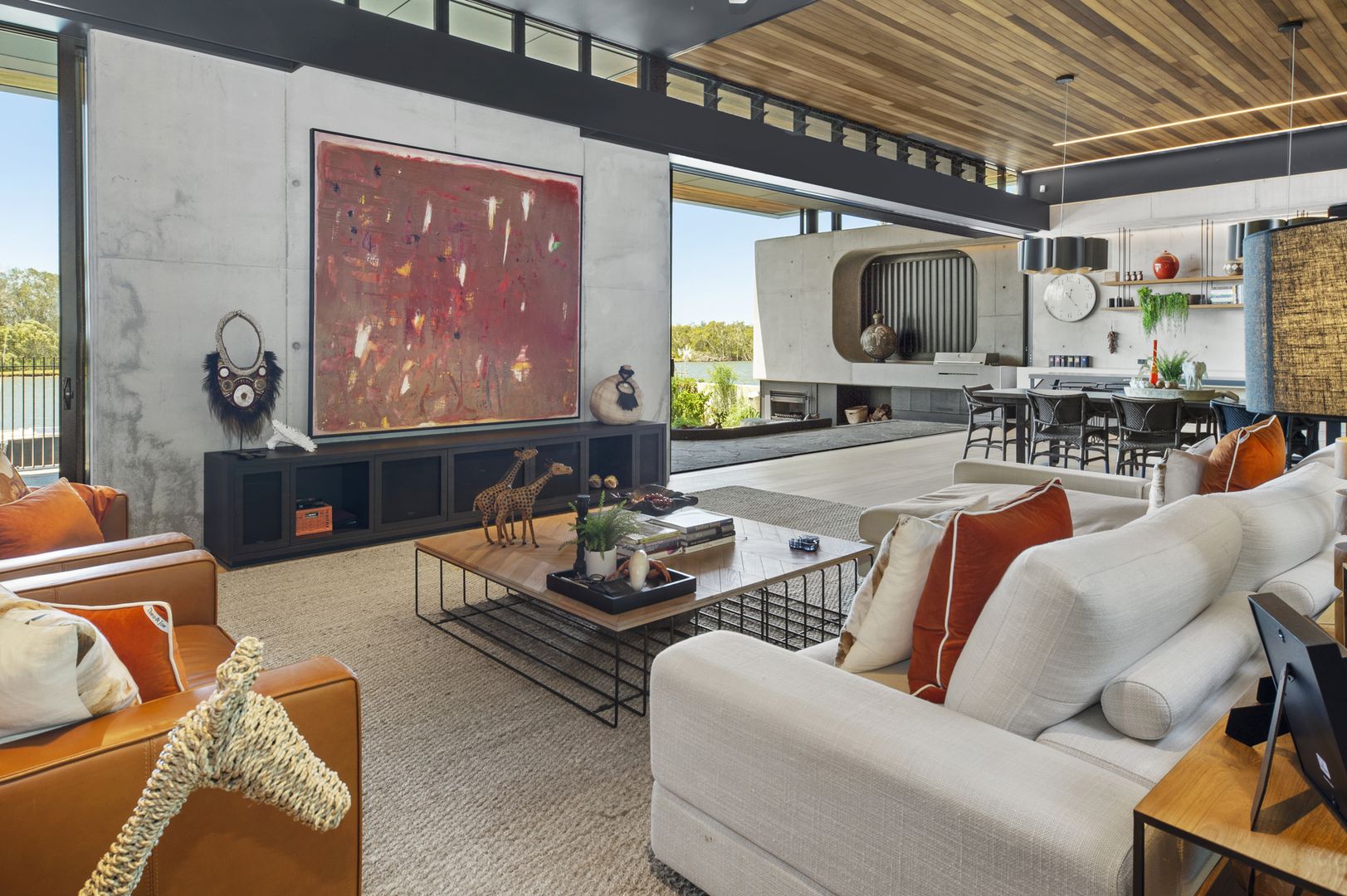 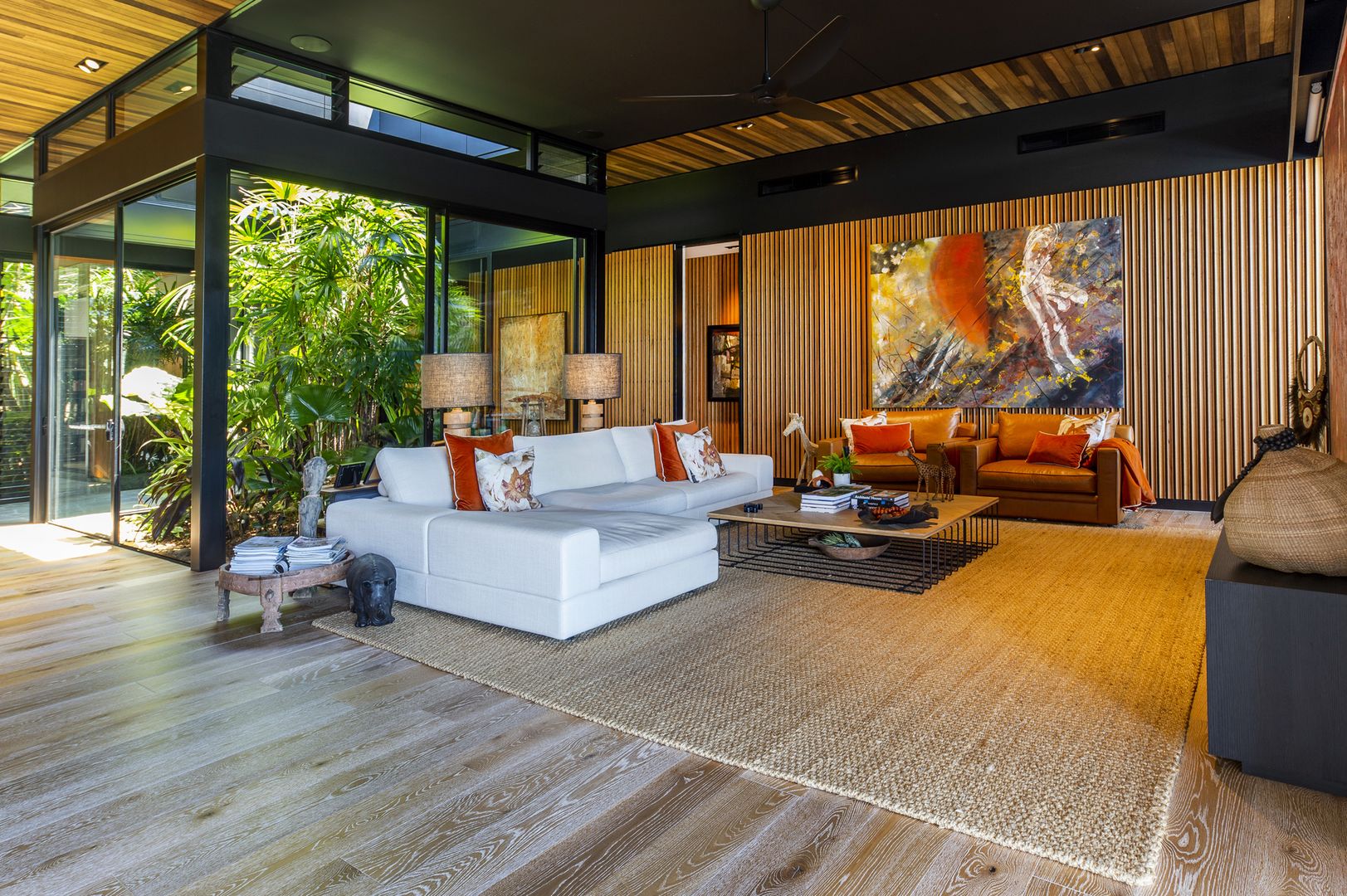 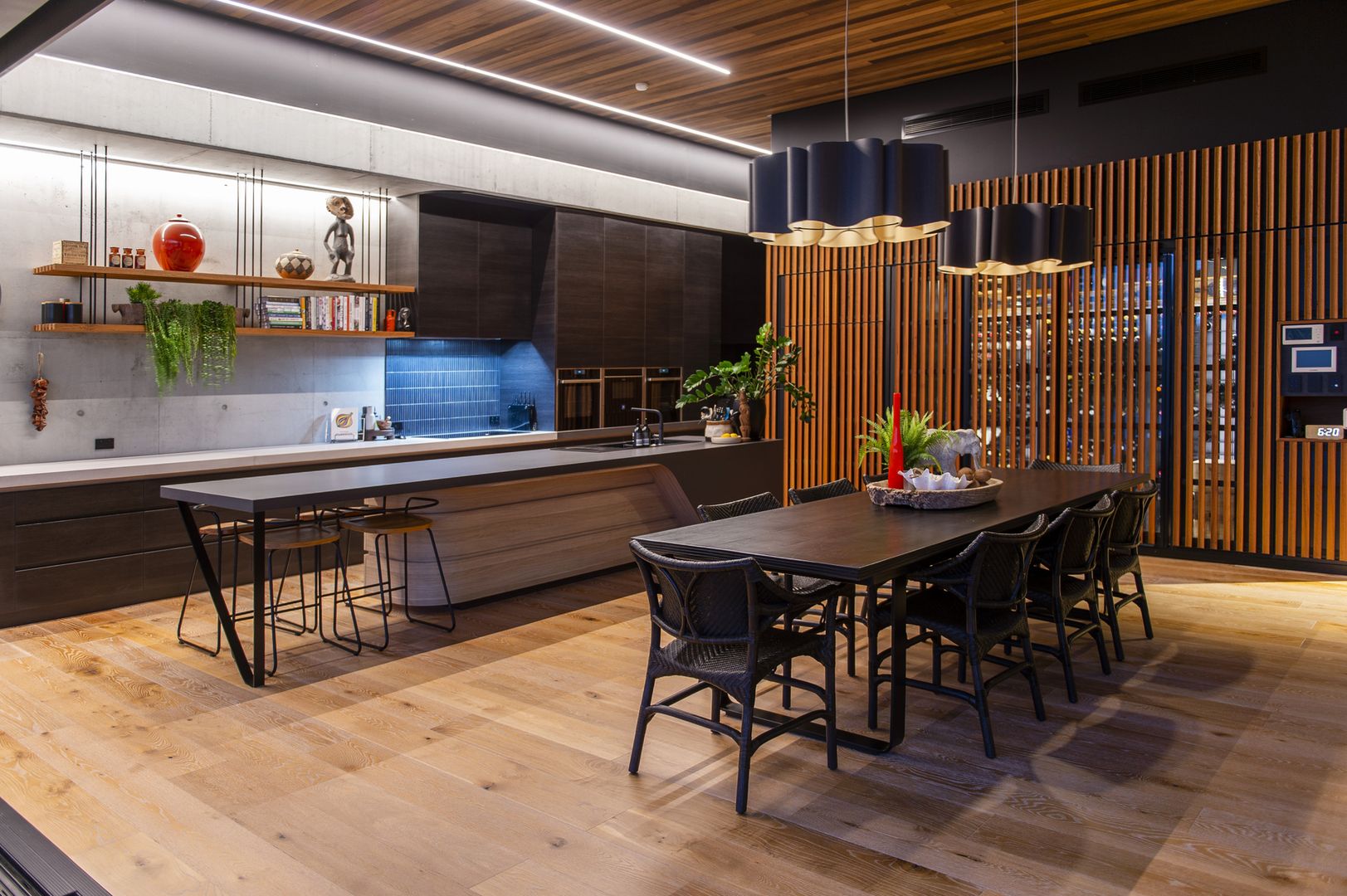 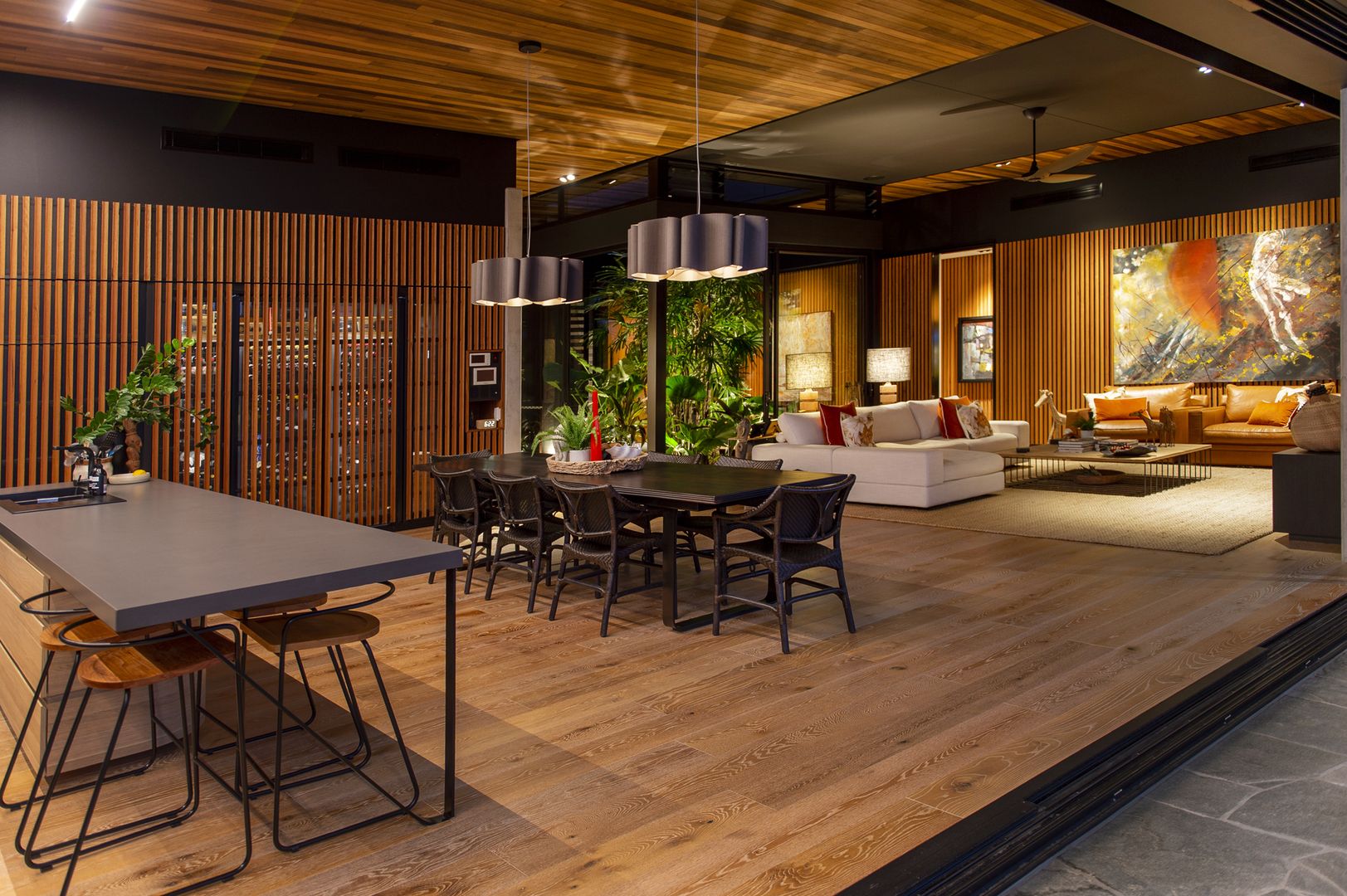 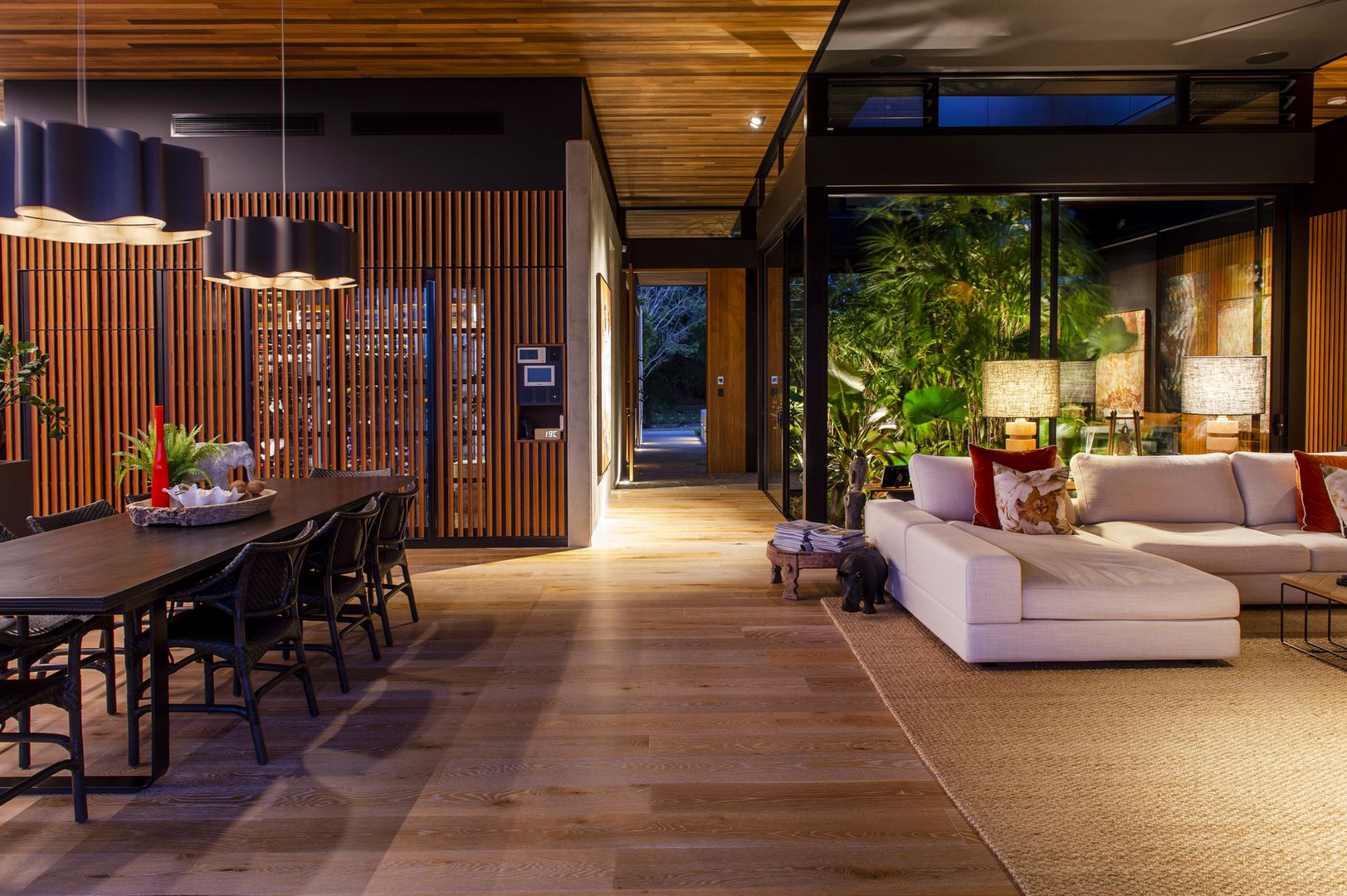 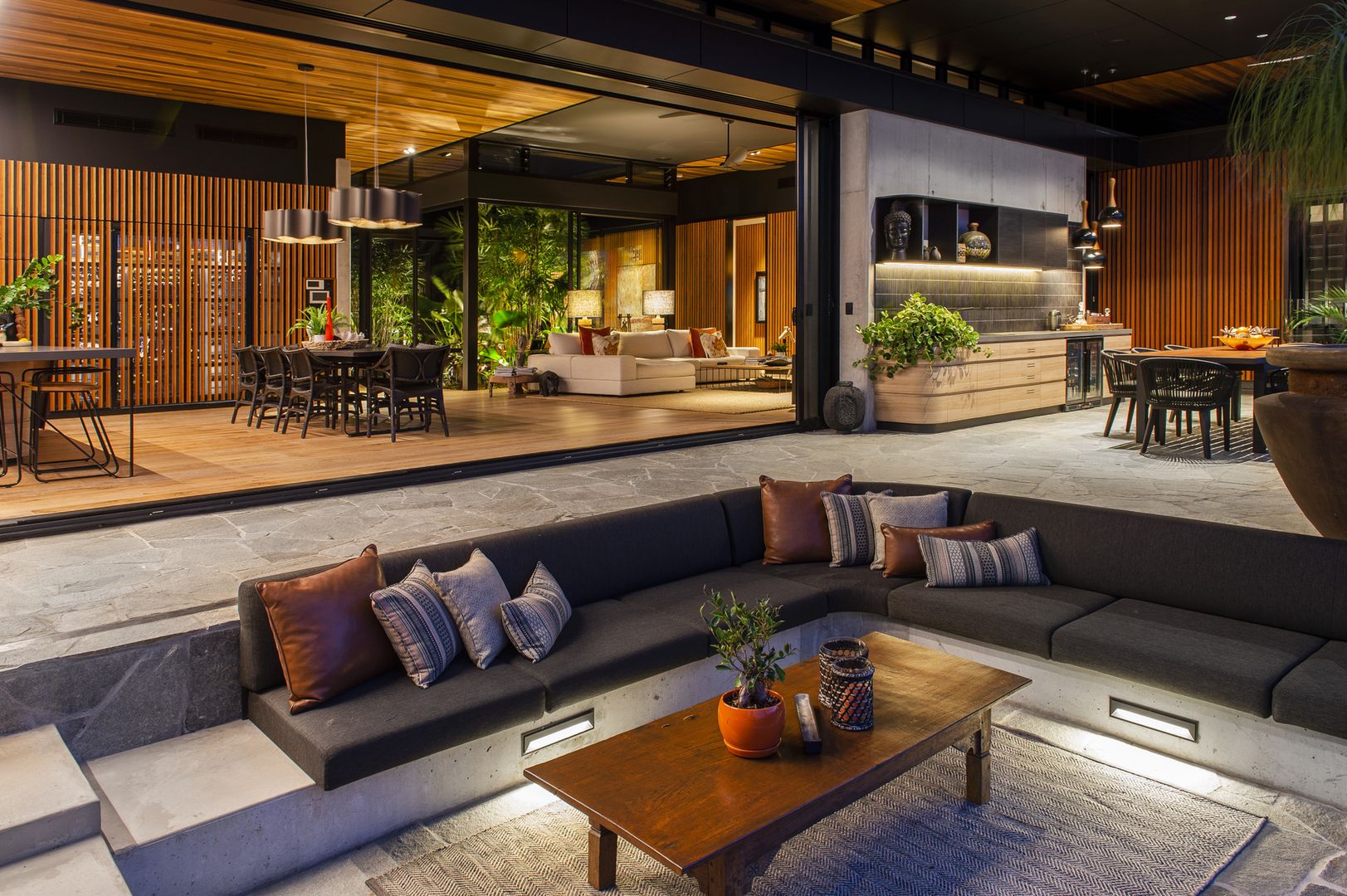 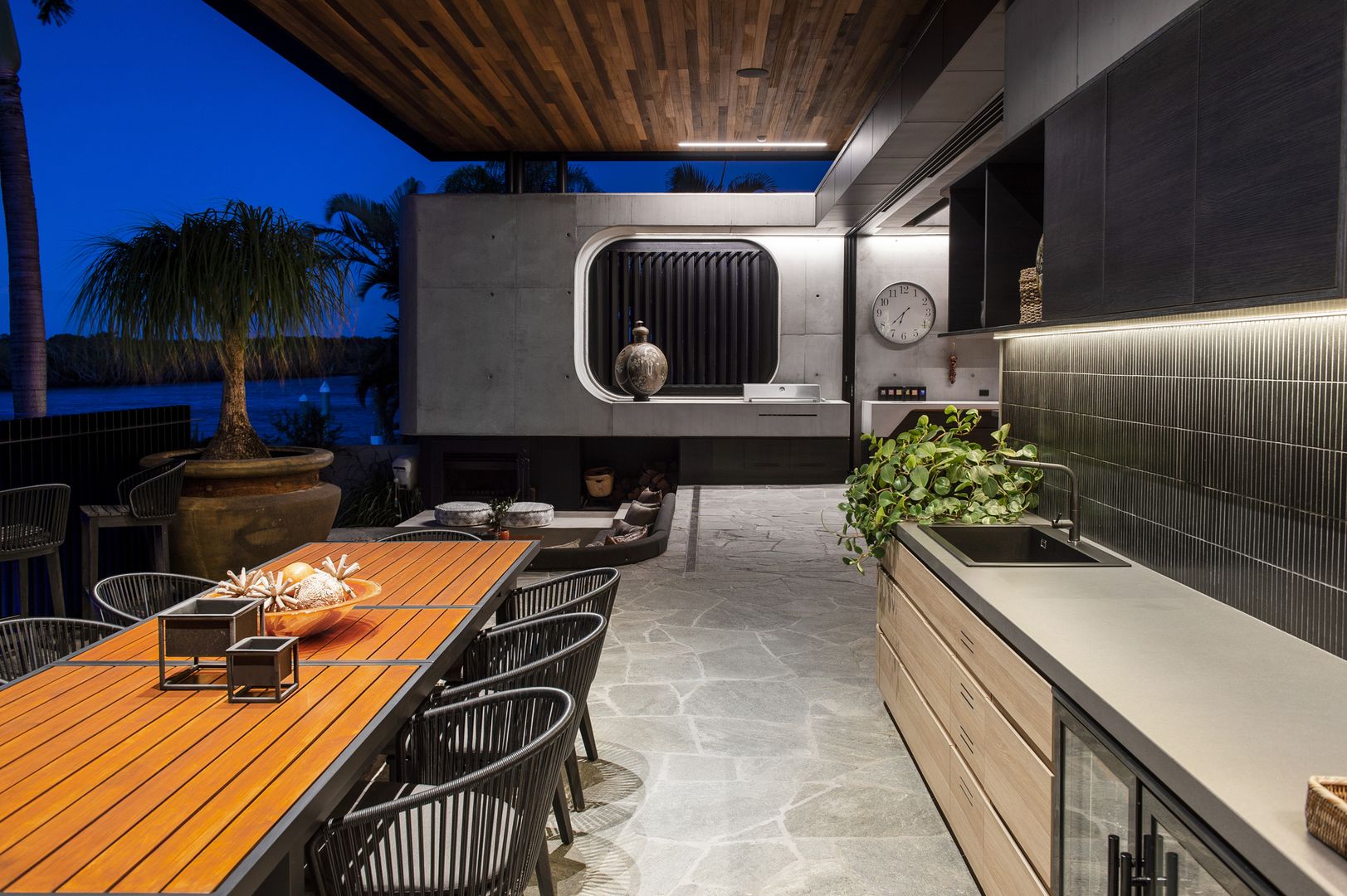 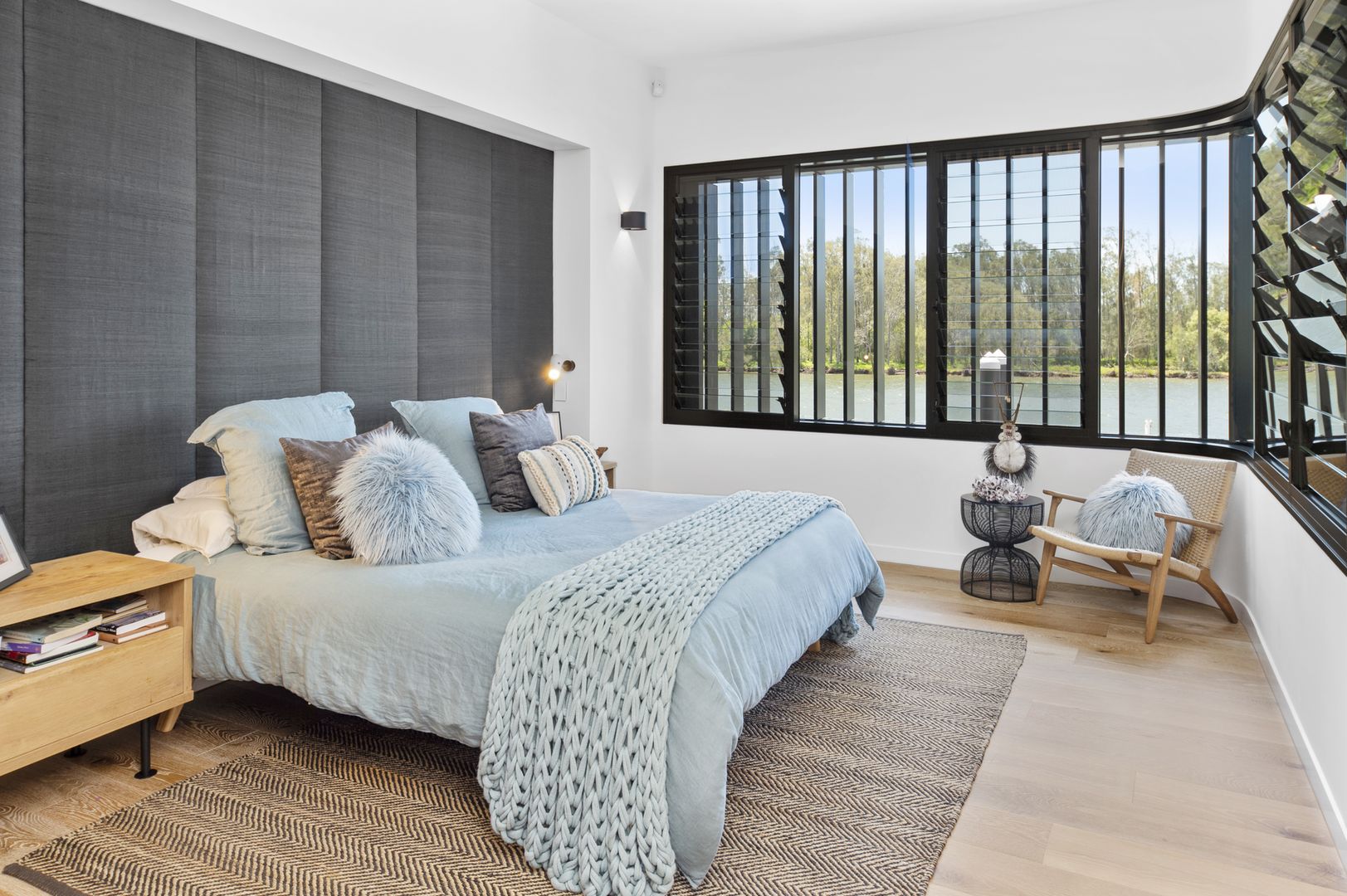 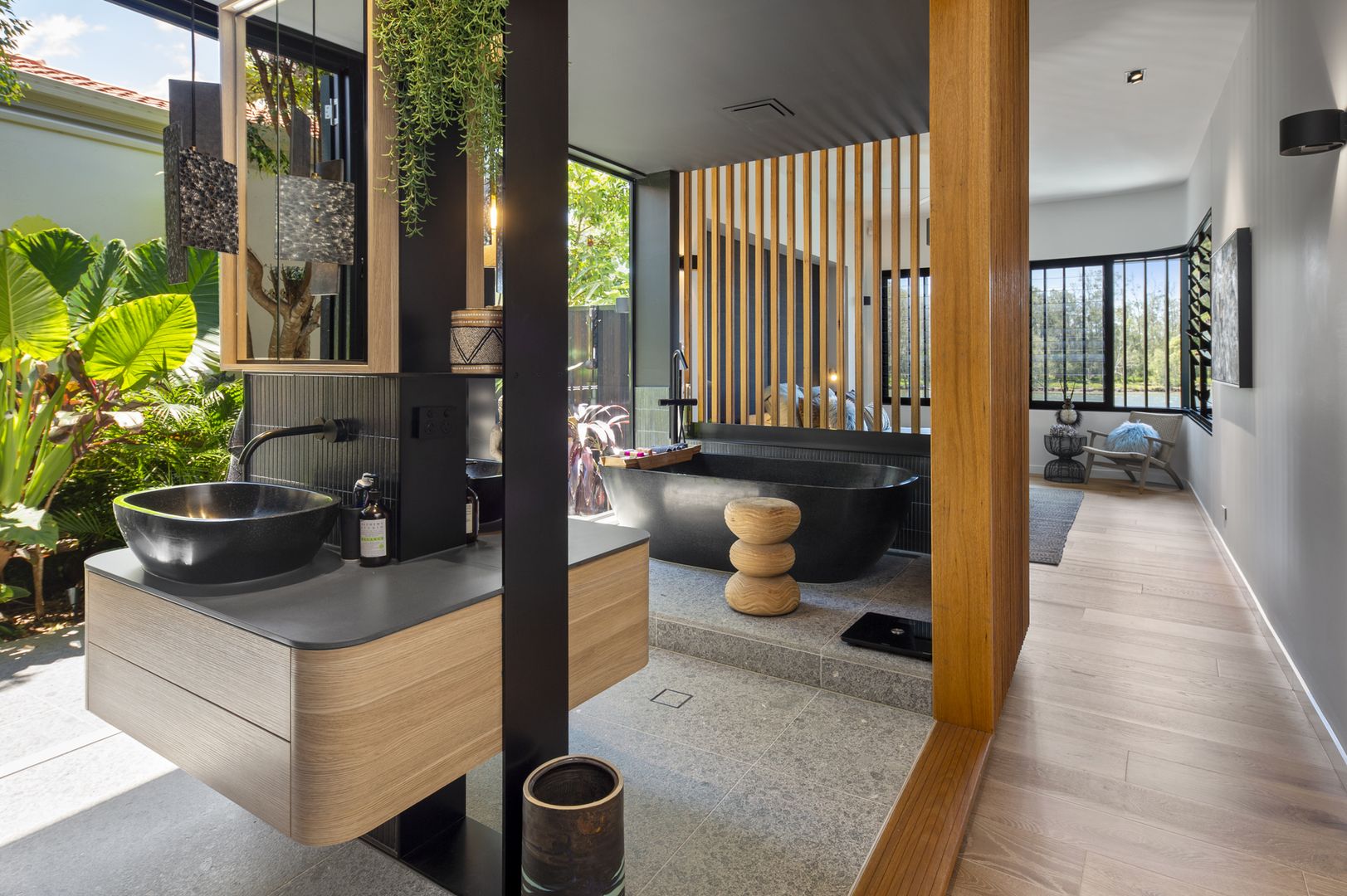 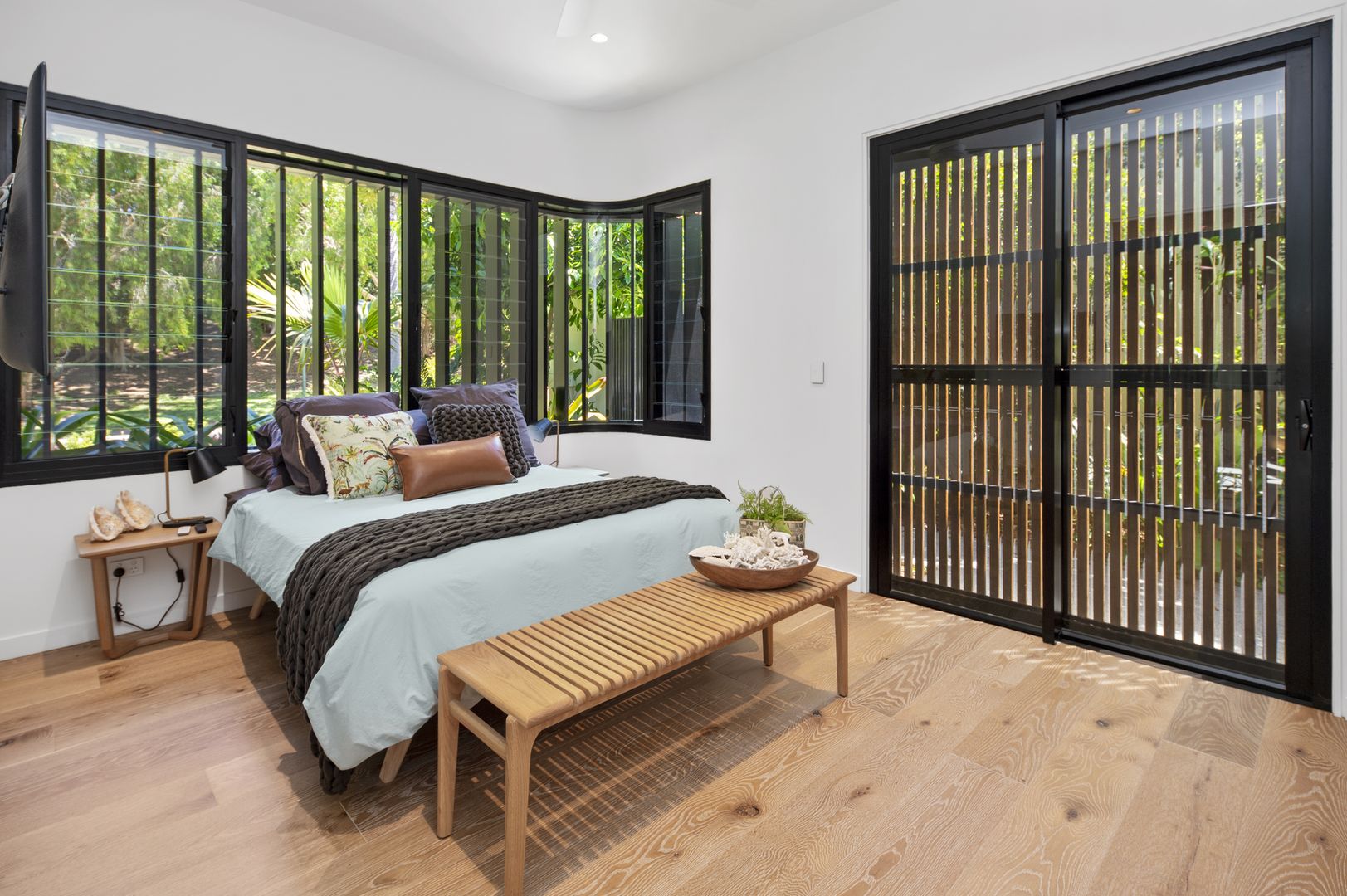 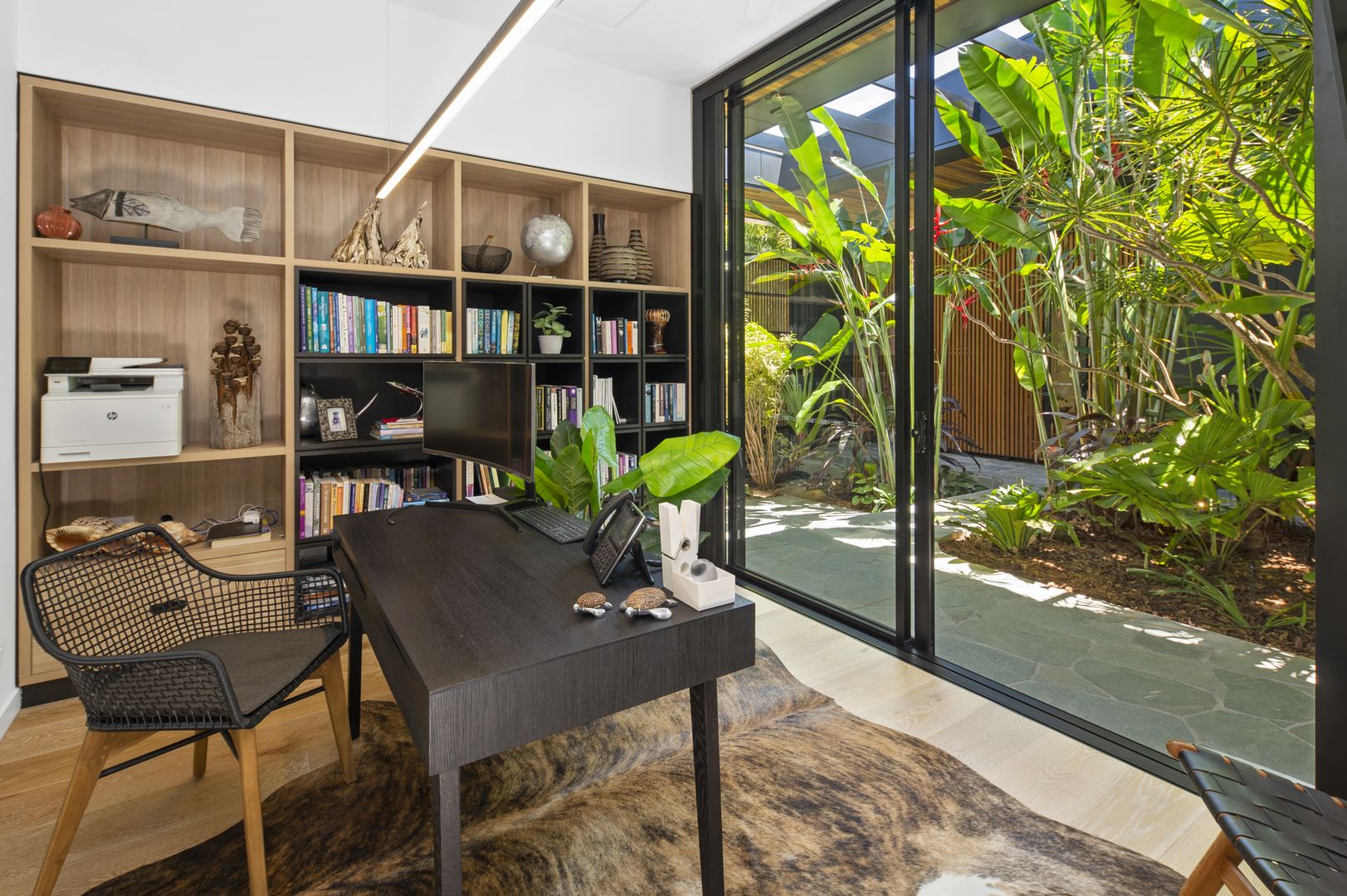 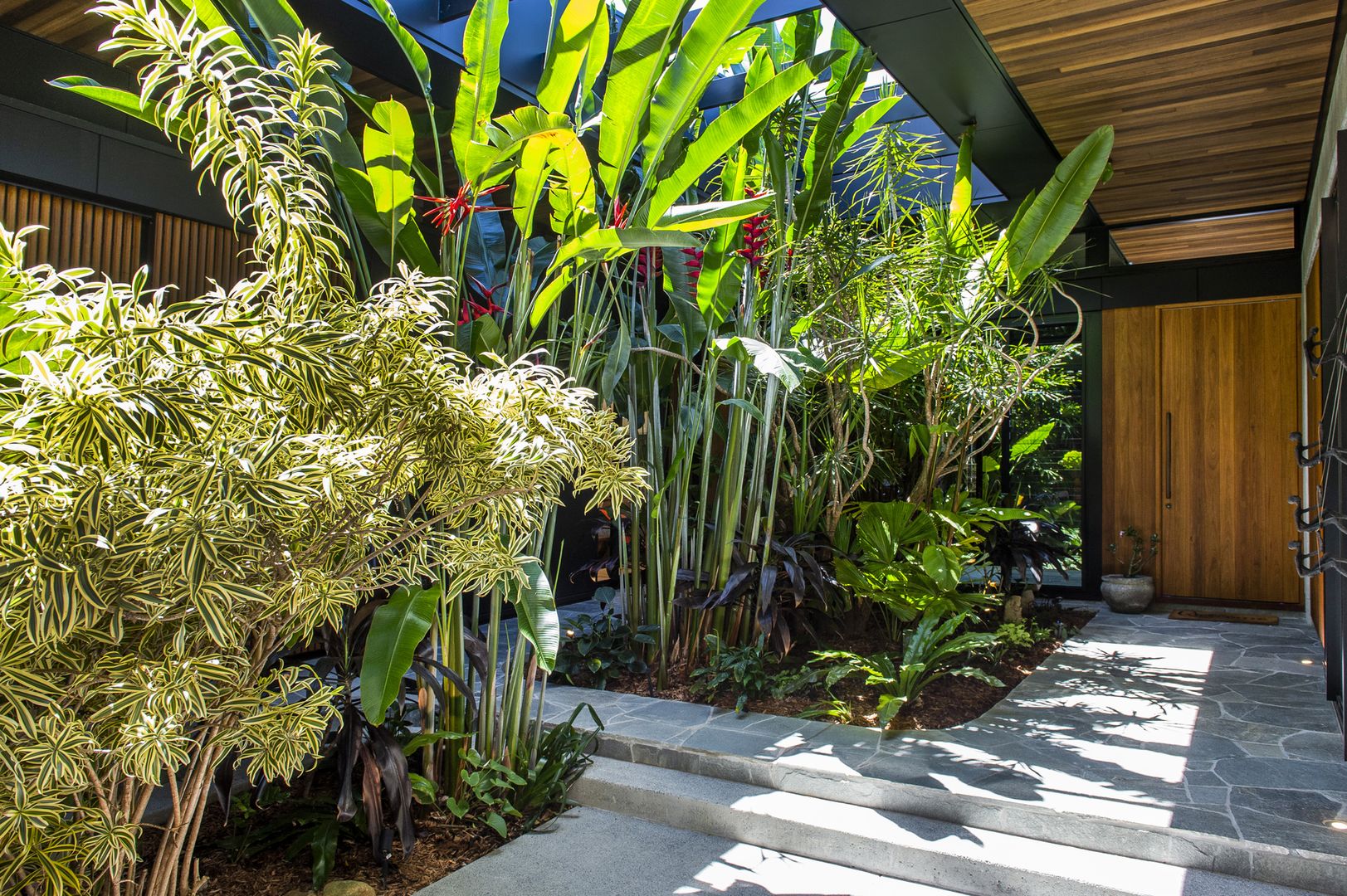 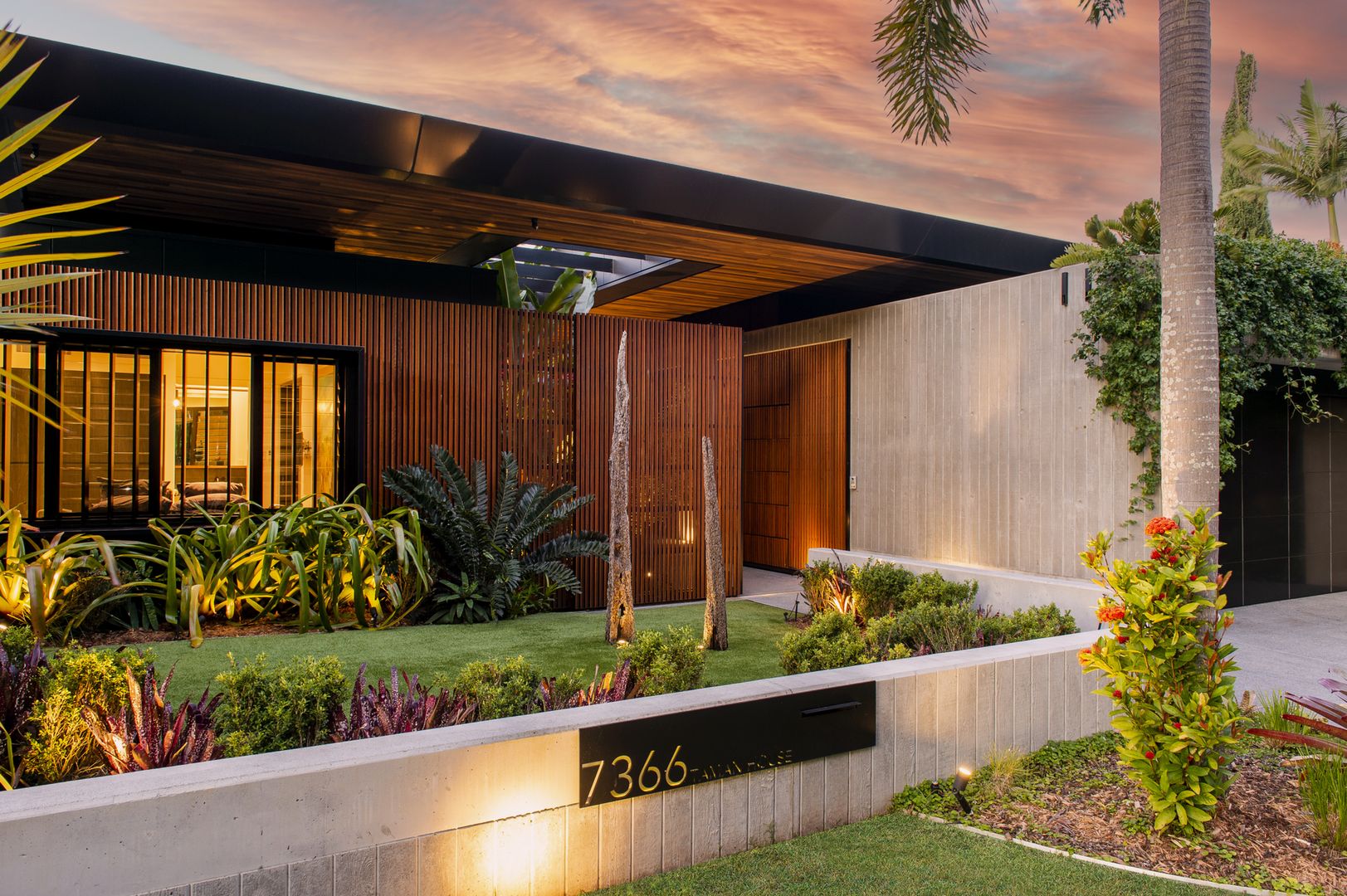 On the banks of the Coomera River in Queensland’s tightly held Sanctuary Cove, the award-winning ‘Cove House’ by architect Justin Humphrey is sprawled across a 966sqm block.

Located an hour from Brisbane CBD, or 30-minutes from the Gold Coast, the 3-bedroom, 4-bathroom and 3-car garage home takes its cues from both brutalist architecture and tropical modernism. The heady combination sees an intriguing melding of materials and details – such as off-form concrete and curving timber battens –  throughout the home that follows an unconventional layout revolving around lush, open-air tropical garden atriums.

Dark tones set against timber is a theme that is reflected throughout the home – including in the kitchen – which sees a charcoal hued benchtop, European appliances and a hidden wine cellar.

From here, the space flows towards the dining and living areas where timber panelling adorns the ceiling and floor-to-ceiling glass windows give views to the aforementioned central tropical gardens and out to the river.

From the main living area and kitchen, the outdoor entertaining terrace is accessed. The luxurious space is fitted with an in-built barbeque and fireplace, kitchenette with bar fridges, sunken lounge and a pool while an attached mooring allows homeowners to lap up their watery surrounds.

Elsewhere, the home’s master suite sees curved architectural features, glass Venetian-style shutters, a walk-in robe and an ‘indoors-outdoors’ ensuite that offers privacy through the residences central gardens (while still feeling like you’re outside). A further two bedrooms and study are found throughout the home as well as a private laundry courtyard.