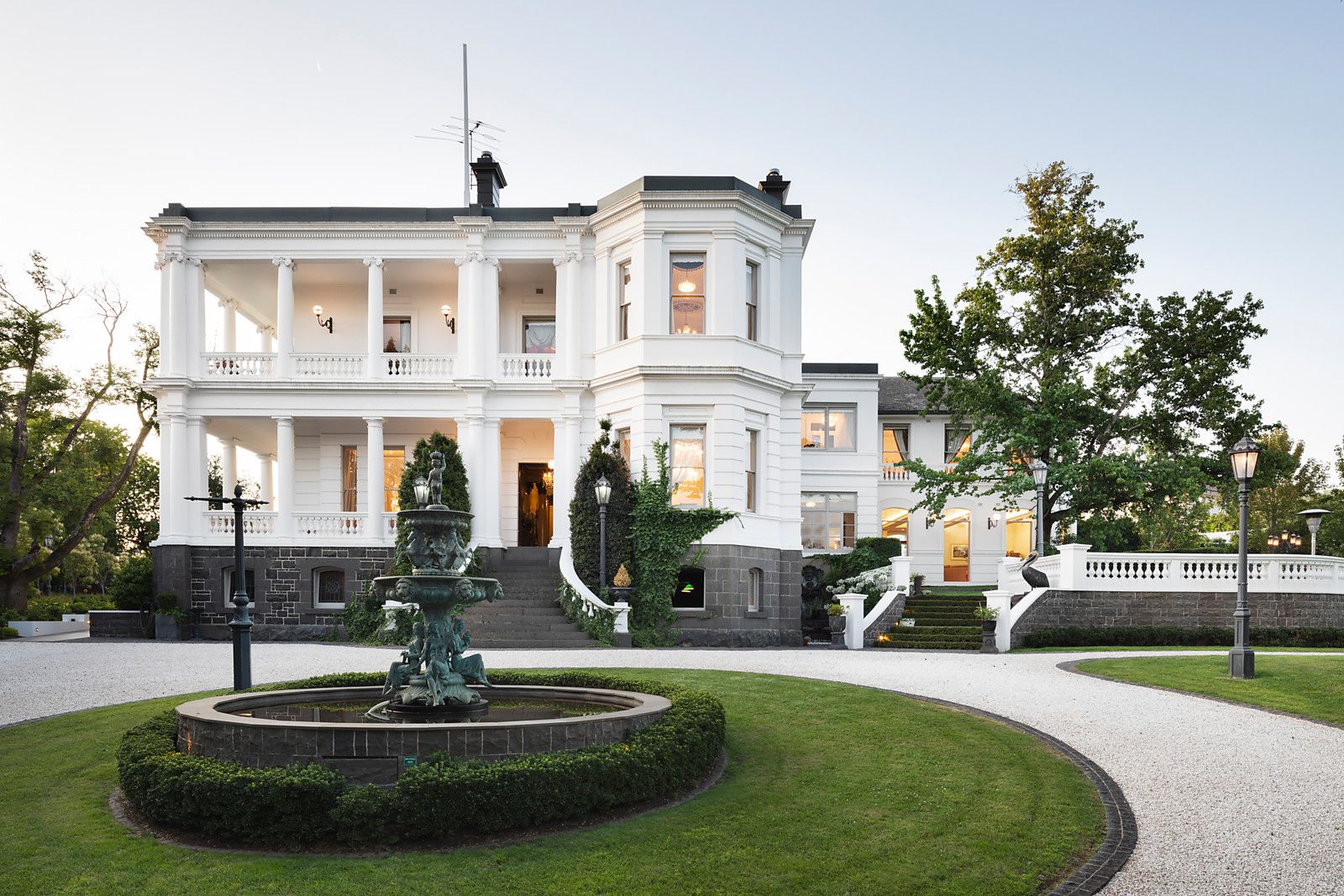 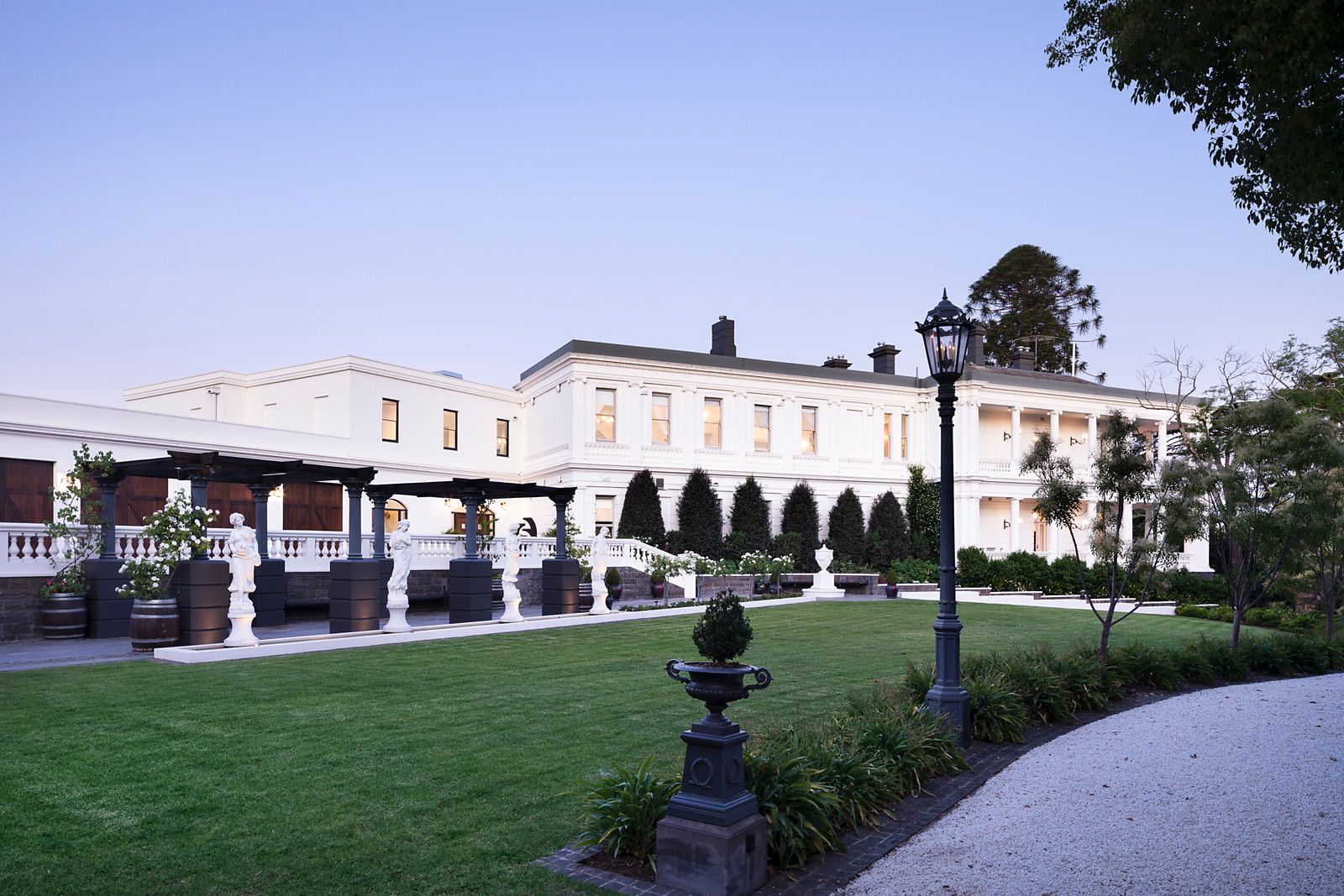 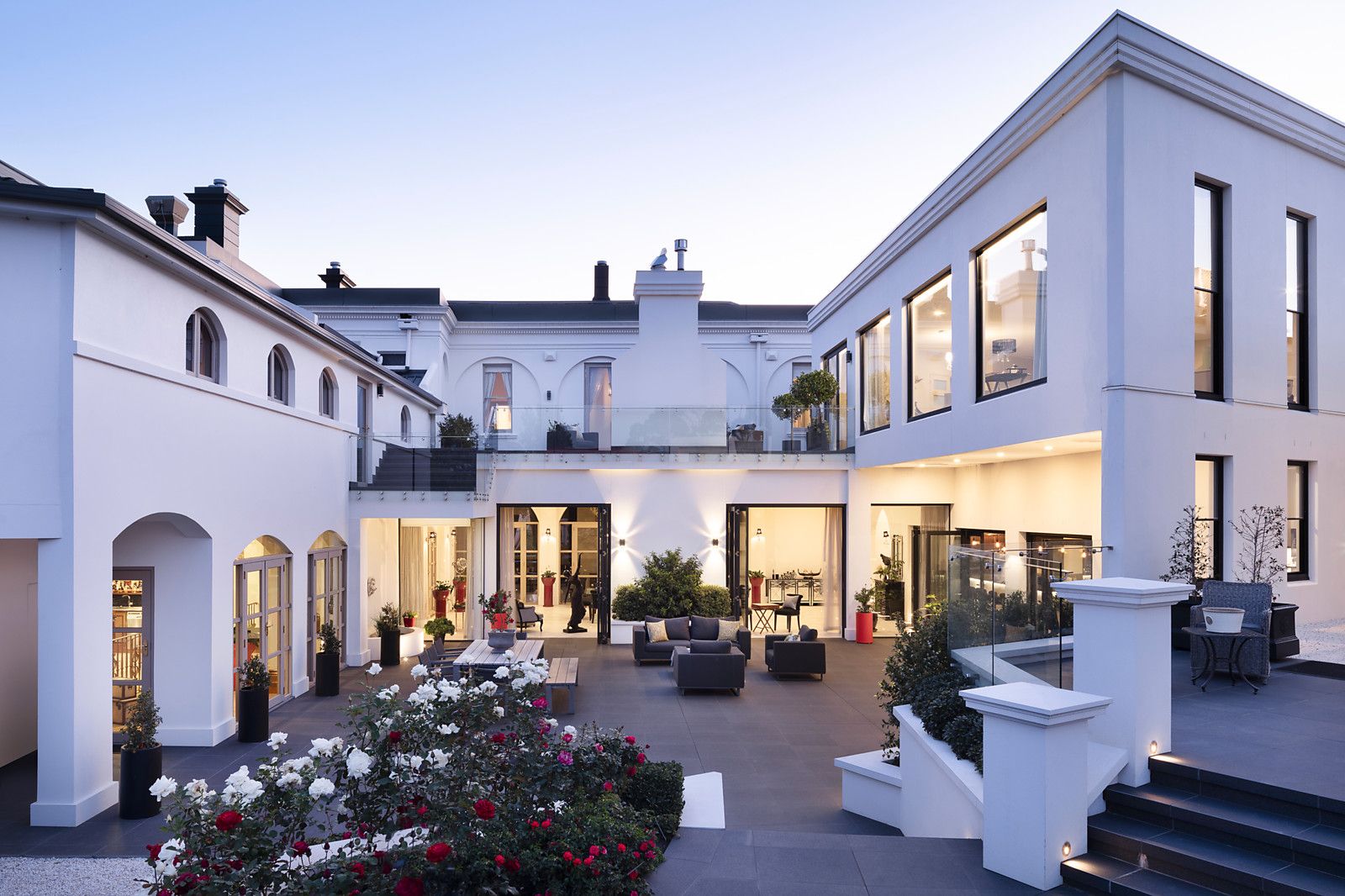 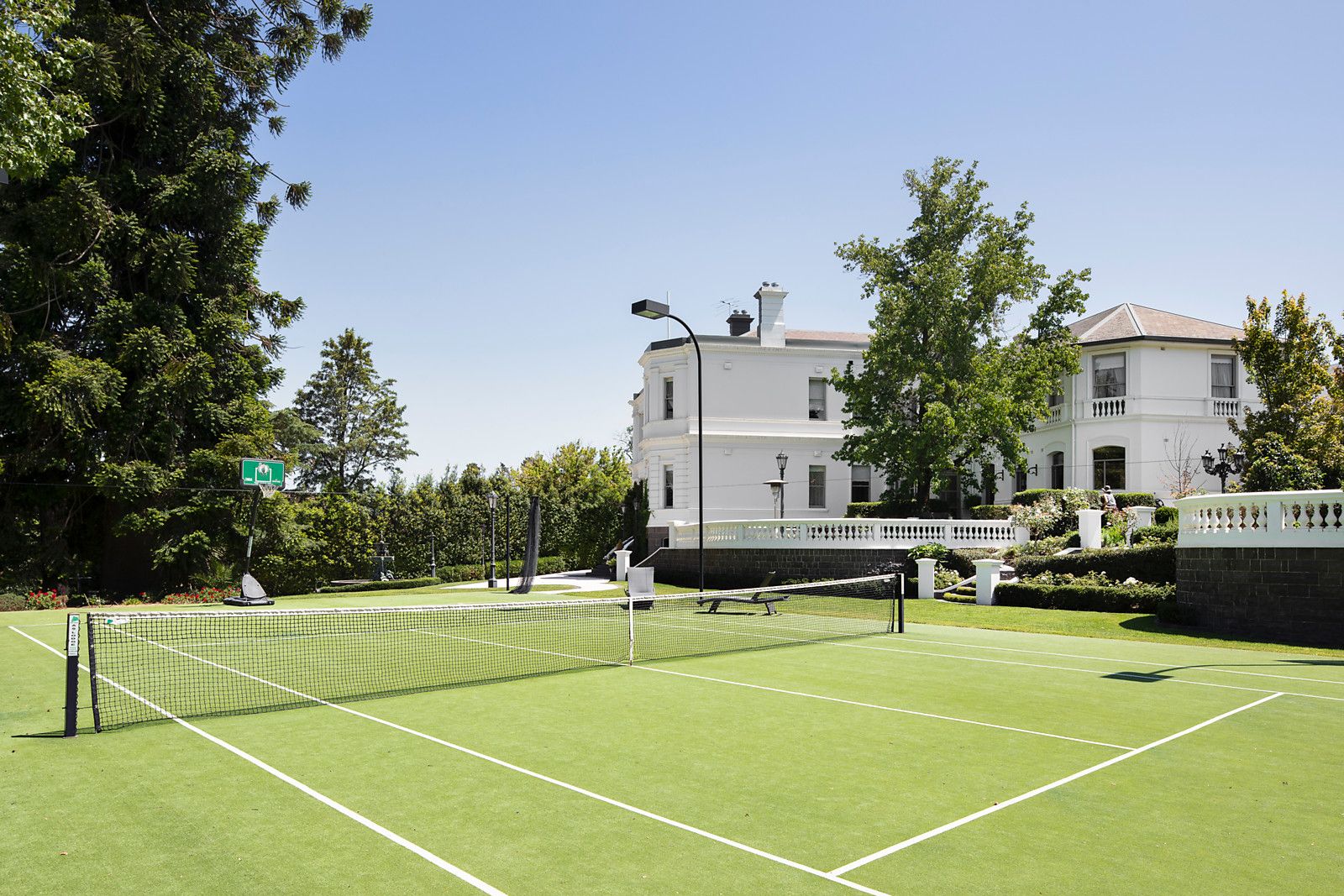 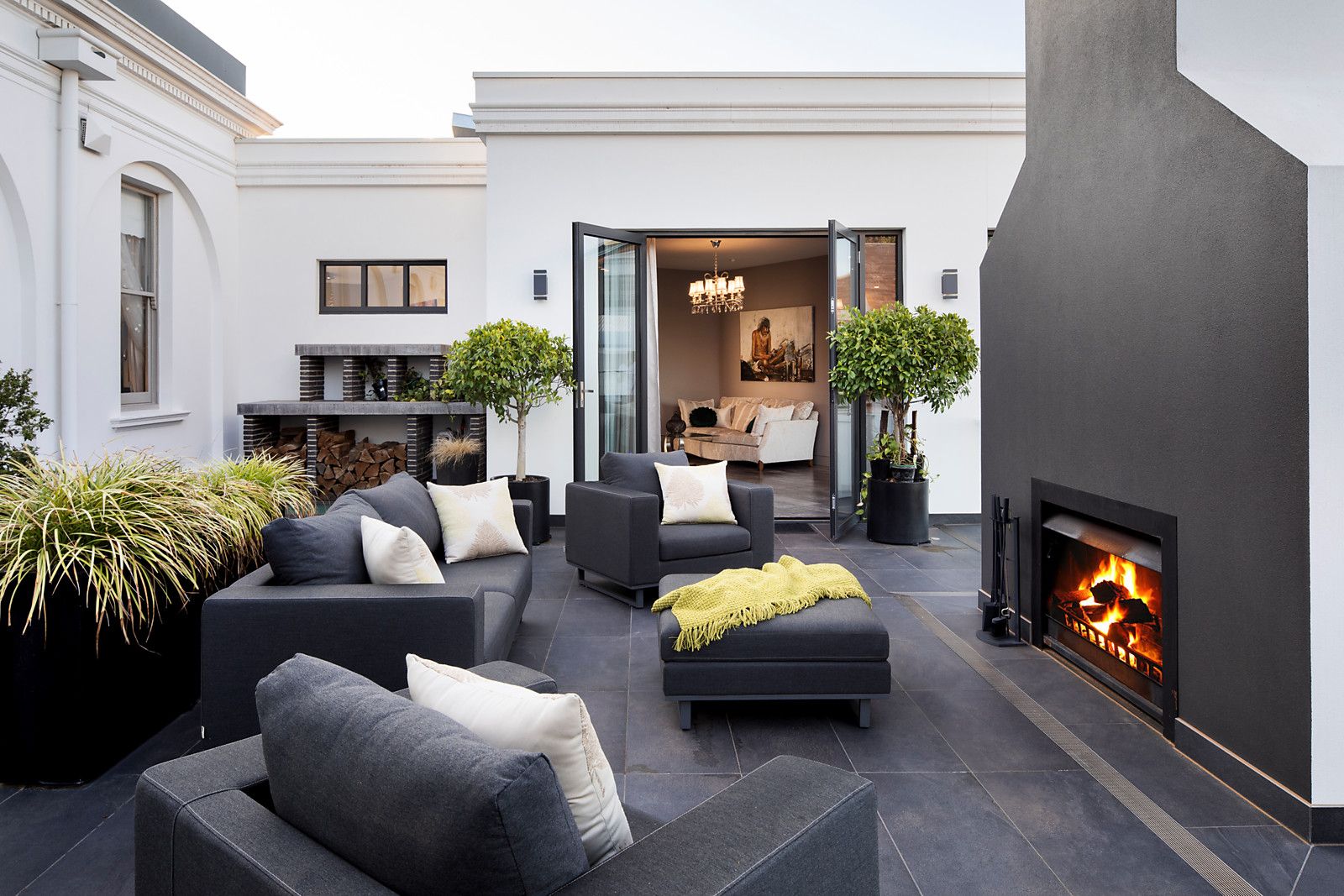 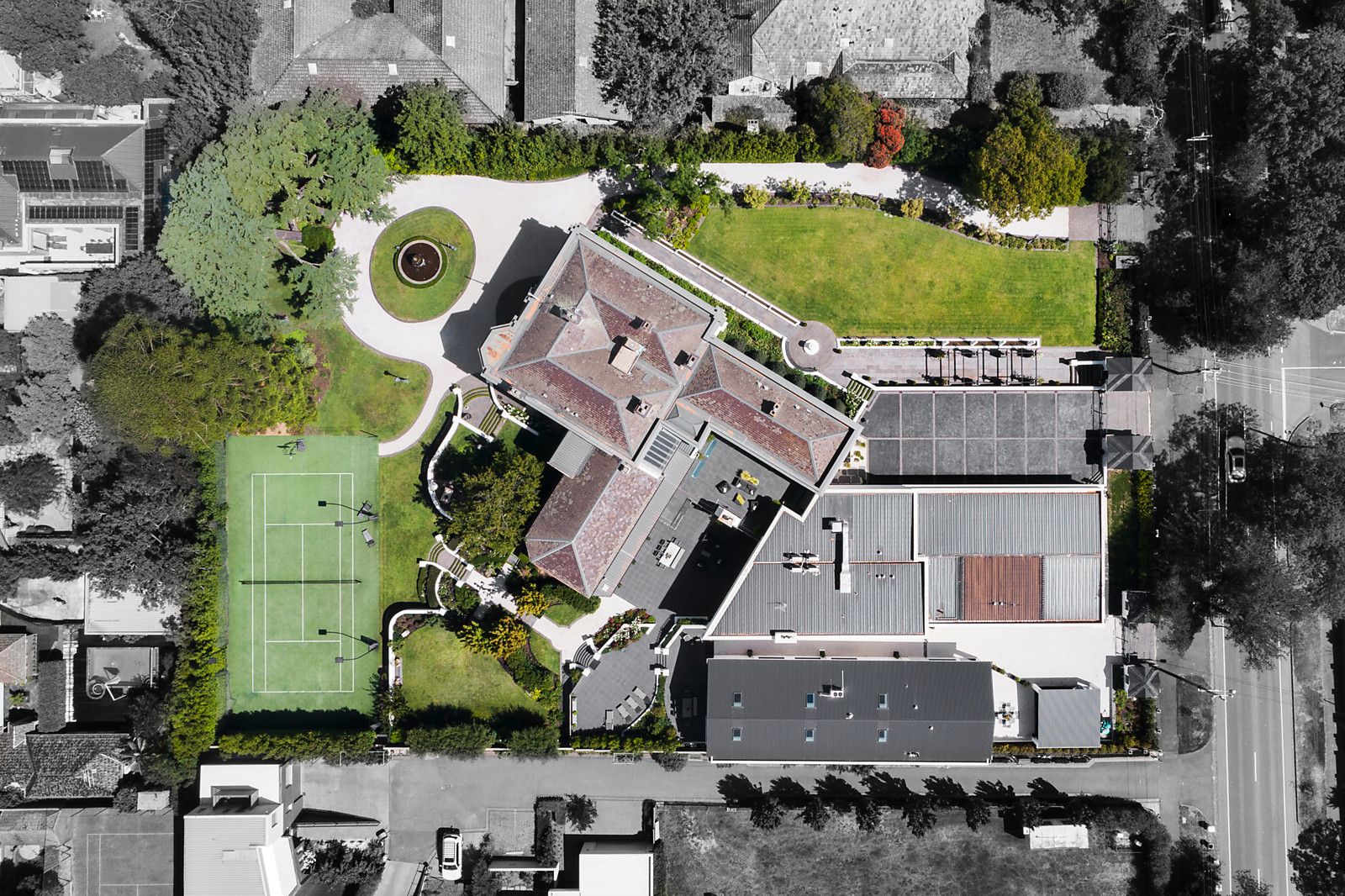 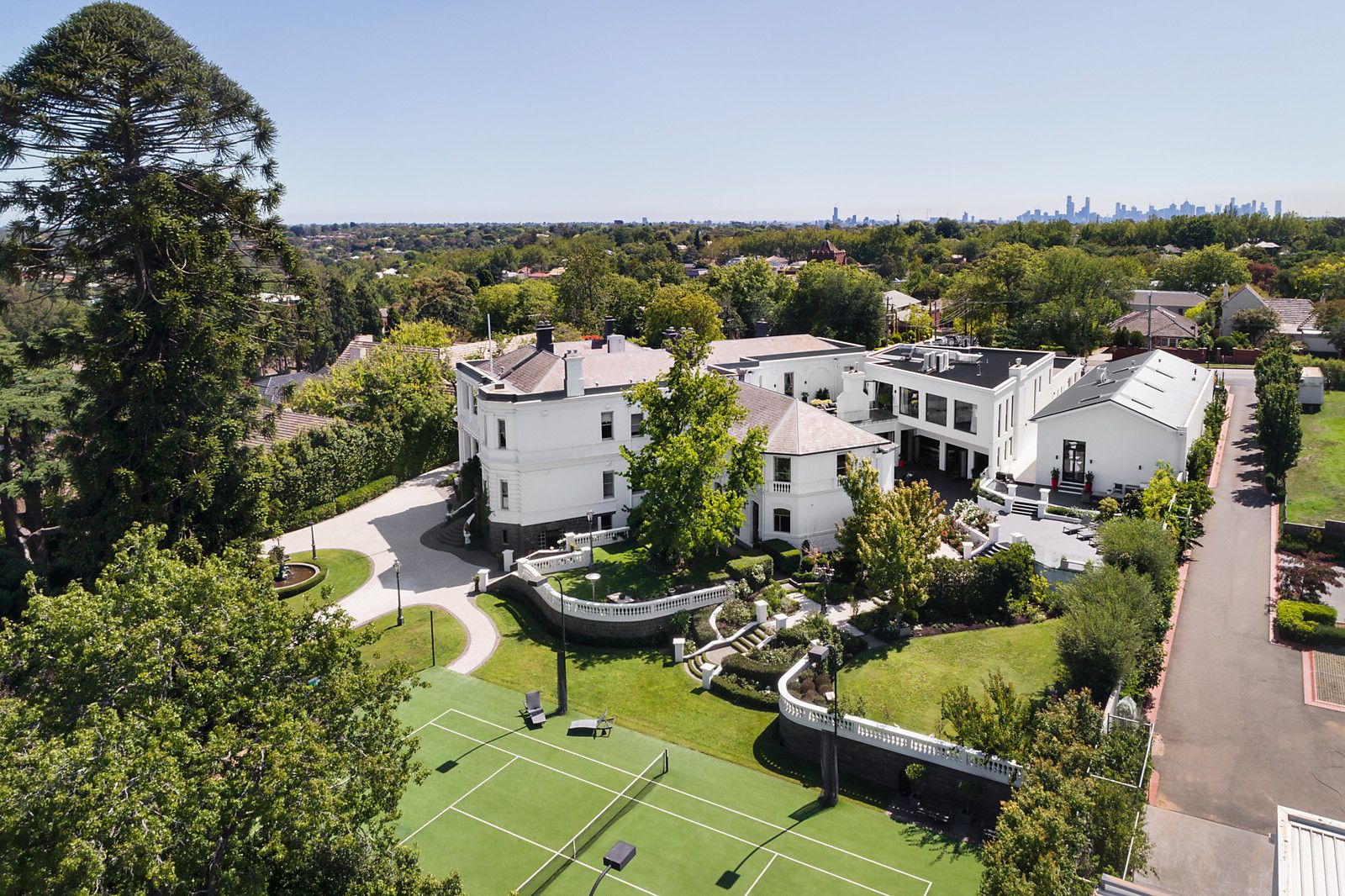 Historic mansions, such as ‘Shrublands’ in Melbourne’s Canterbury, have undeniable old-world gravitas. And with such character does come certain cost – this lavish home listed at what will be a suburb record $42-$46 million.

The rare listing has only had three previous owners since completion in c.1863. Once boasting a 60-acre vineyard, today it boasts a $10 million restoration that’s truly breathed life back into it and provides necessary modern flourishes alongside an incredible sense of history.

Opulent gold-leaf finishes and crystal chandeliers give way to modern fixtures as highlighted in what’s an industrial-sized contemporary kitchen.

Of the many bathrooms, expect a combination of marble and natural stone throughout, with an ornate level of detail matching the home’s overall character.

Further 21st century flourishes include a dedicated video conference room built for and a modern tech and audio set-up throughout.

Built to entertain, outdoor spaces such as the ‘piazza’, are fitted with heating via a fireplace. The long gravel driveway furthers the home’s Victorian elegance alongside manicured lawns and mature trees throughout the compound.

The property is currently listed with Jock Langley (+61 419 530 008) of Abercromby’s Real Estate Armadale in conjunction with RT Edgar and Agent Nick Walker (+61 417 330 650) who are taking expressions of interest.
Abercrombys.com.au