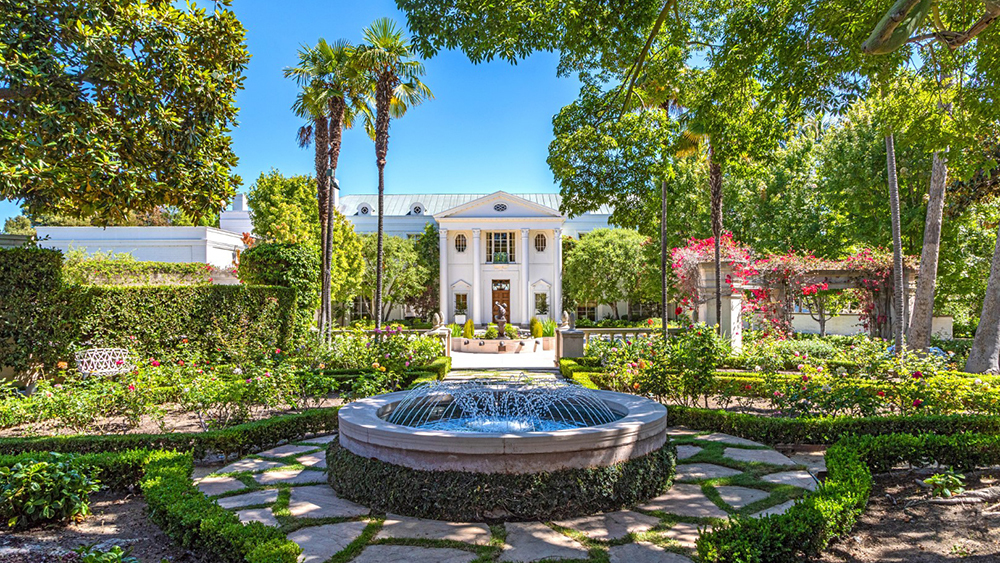 Inside the Most Expensive Mansion in America, the $327 Million Casa Encantada

The legendary Casa Encantada is used to making history.

Last week, the sprawling Bel-Air estate known as Casa Encantada officially became the most expensive home for sale in the United States. The billionaire financier and philanthropist Gary Winnick listed his 3715-square-metre home for US$225 million (A$327 Million), making it the highest price for any residential property in the country.

The Georgian-style 1930s mansion sits on eight acres above the Bel-Air Country Club, and boasts a gobsmacking 60 rooms in an H-shaped layout which affords city, mountain and ocean views from nearly every vantage.

The mansion was completed in 1937 at a cost of more than US$2 million (today, that’s the equivalent of US$35 million or around A$51 million accounting for inflation). It had custom furniture, carpets and fabrics made by two of America’s leading interior designers. These historic elements were revived in 2000 when Winnick purchased the property and poured millions into a two-year restoration project helmed by noted architect Peter Marino.

The home has an expansive grand reception hall with epic 18-foot ceilings and this generosity of space is continued throughout the dining room, card room, bar and living areas. There’s a pool house—with a second bar, of course—and its own a professional screening room. When it’s time to explore outdoors, there’s a lighted tennis court, basketball court, rose garden, greenhouse, koi ponds.

Indeed, it’s a knockout—and one that’s used to making history, too. According to the Los Angeles Times, Casa Encantada—which translates to ‘charmed house’ in Spanish—has not once but twice set the record for the country’s highest residential real estate sale. First in 1979, when David Murdock purchased the property for US$12.4 million. Then again in 2000, when the current owner Winnick paid US$94 million. If the property achieves the lofty listing price, it will trump the US$119.75 million that the former Spelling manor collected earlier this year and, for the third time, be the priciest home in the states. Charmed, indeed.

If you actually want to make Casa Encantada your casa, Beverly Hills-based Hilton & Hyland is the listing agent for the property.