The Four Seasons stand-alone residences in London has just opened sales for a turnkey unit in the building, located in Mayfair, one of the city’s finest neighbourhoods. The 20 Grosvenor Square address has long been home to aristocratic Brits (originally named for its developer, Sir Richard Grosvenor) and other citizens of note, from Oscar Wilde to the Bentley Boys.

But the location has long historical ties, namely with famous Americans who have had a presence there beginning with John Quincy Adams, who established a mission to the Court of St. James and lived in one of the residences surrounding the central garden from 1785 to 1788 in the years before his presidency. General Dwight D. Eisenhower occupied 20 Grosvenor Square during World War II, and the American Embassy was located in the square until 2017. The once-private garden is now a public park, where statues of Eisenhower, Franklin Roosevelt and Ronald Reagan stand.

Now number 20 has been transformed into 37 posh residences, with prices starting at around $27.6 million, by architects Squire & Partners and Finchatton design firm. This particular home references another famous—although fictional—Brit: James Bond. Called Apartment 0.07, the triplex spans 544-square-metres and includes a double garage in the basement as well as an elevator to whisk owners and guests between floors. 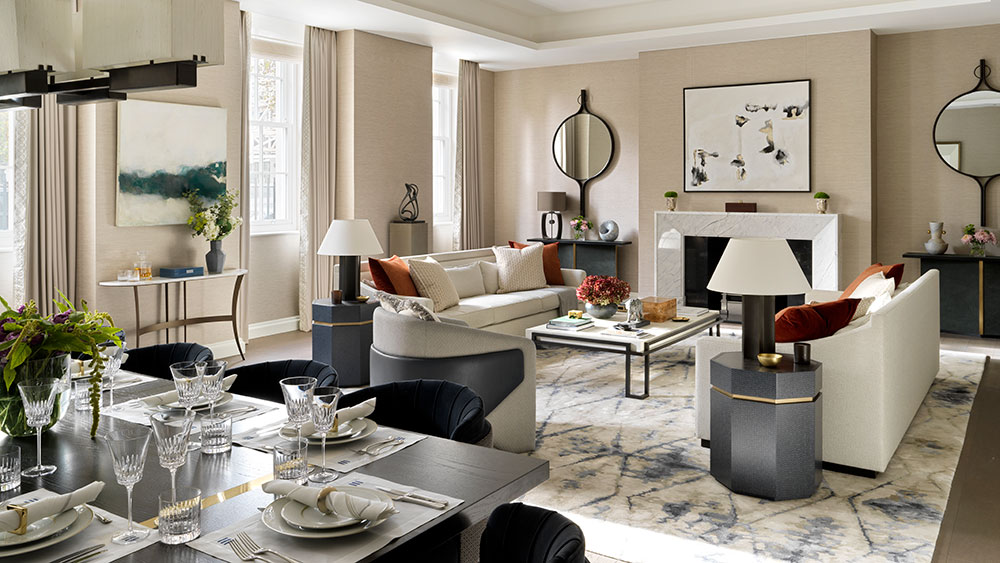 The unit is completely turnkey and all furnishings and custom elements are included, such as the Lee Broom pendant light in the stairwell, woven leather consoles, marble fireplace and plush rug from Stark in the living room.

The lower level houses all three bedrooms, including the primary suite with dual walk-in closets and en suite bathroom. Upstairs is a classic drawing room as well as the galley-style kitchen and open-plan dining and living areas. The aesthetic throughout is subdued elegance that might feel a touch bland, but high-design elements like the tweed headboard and wrapped dining chairs keep the space from being merely quiet. 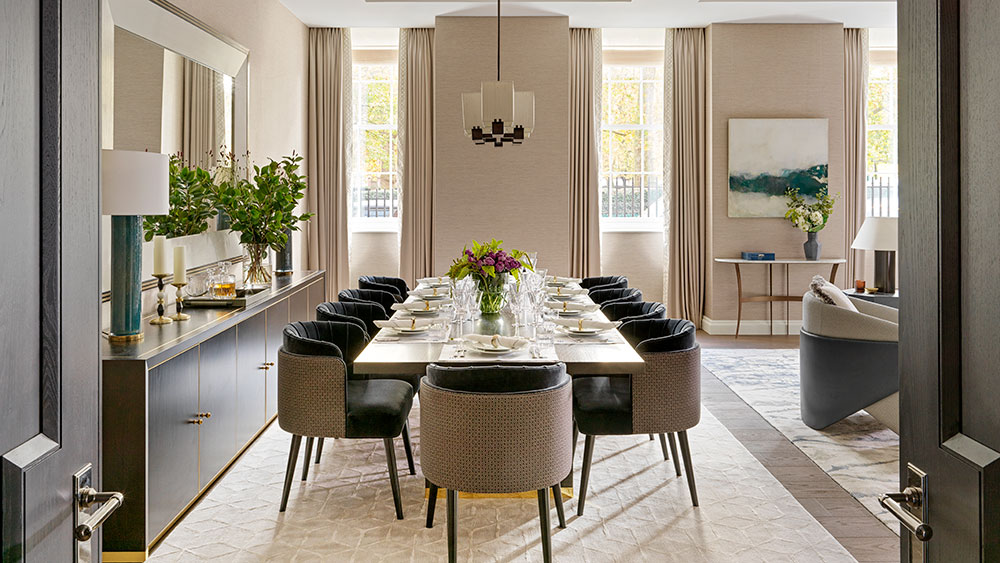 As does the best room in the home: the basement-level games room. A bit of automotive theatre has been prepped with a huge window onto the garage (which, incidentally has walls clad in wool-pinstriped wallpaper), framed by red velvet curtains. The room has a leather-piped sectional for watching sports on the entertainment system and a marble-topped bar fully suited for making martinis. There’s also a walnut chess table from Sir William Bentley and a pool table featuring a beautifully hued felt.

While there are no hotel suites or restaurants as part of the residential development, the building does include a number of amenities for owners, including a private wine cellar, a spa with a 25-metre swimming pool, vitality pool, steam room and sauna and fitness centre. Additionally, there’s a children’s playroom, games room, cinema, conference suite, library and private courtyard garden. Hotel-like services are also on hand: 24-hour concierge, valet parking, housekeeping and more.