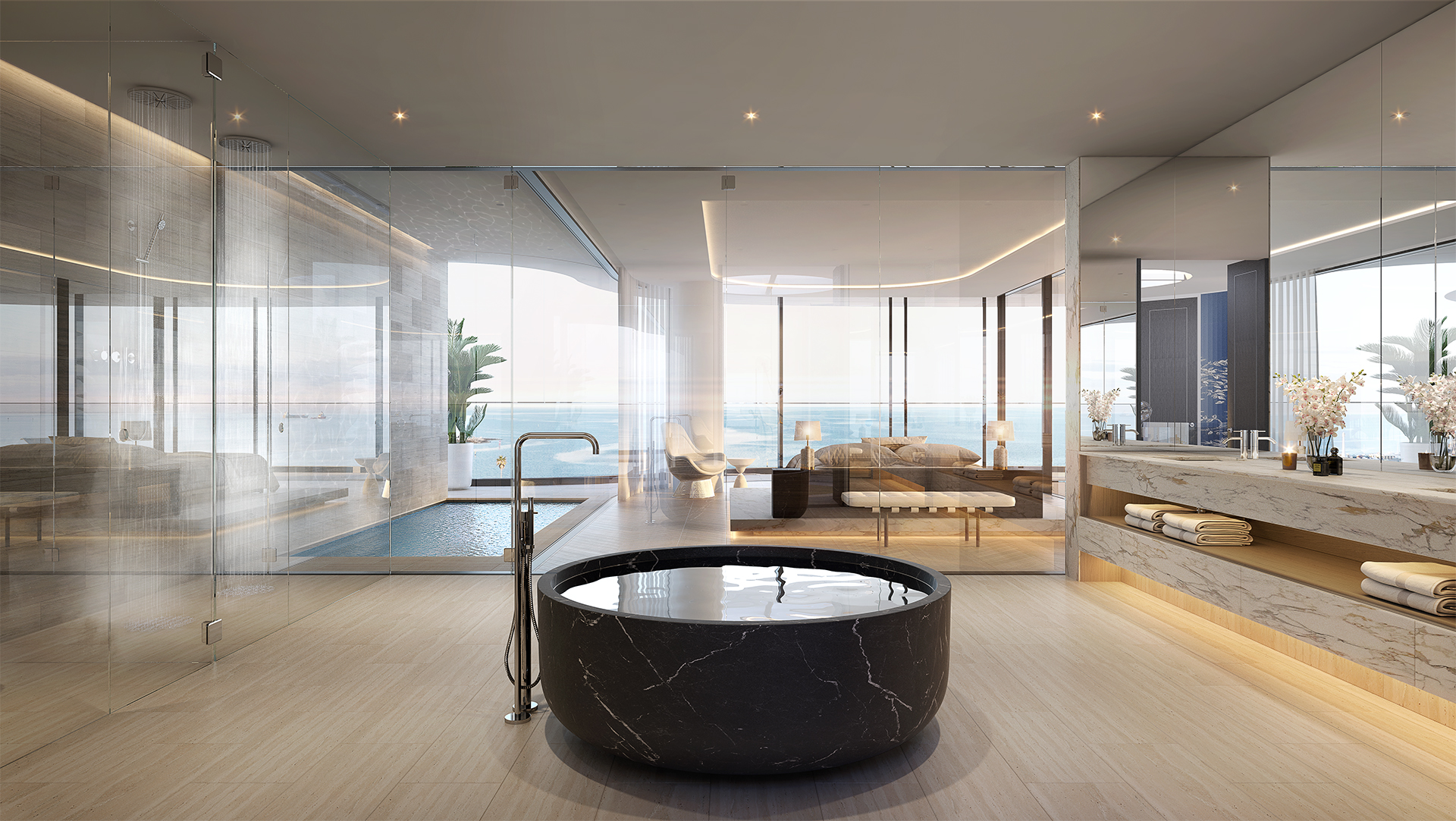 A six-bedroom penthouse in a new luxury apartment block in St Kilda has been sold for a whopping $30 million, making it the most expensive apartment in Melbourne.

Property developer Tim Gurner and his self-titled development company GURNER has become renown for offering some of the most exciting new real estate projects in and around Melbourne. The latest is a $550 million project located on prime beachfront in the south west of the city, a mere six kilometres from the CBD.

Purchased ‘off market’ by former Domain boss Anthony Catalano, the price tag tops the previous $25 million benchmark, set in 2015 by the penthouse in Southbank’s Australia 108 building. According to news.com.au, the apartment wasn’t originally going to put up for sales but after a huge amount of interest led Gurner to sell six months before the rest of the apartments are due to go under the hammer. 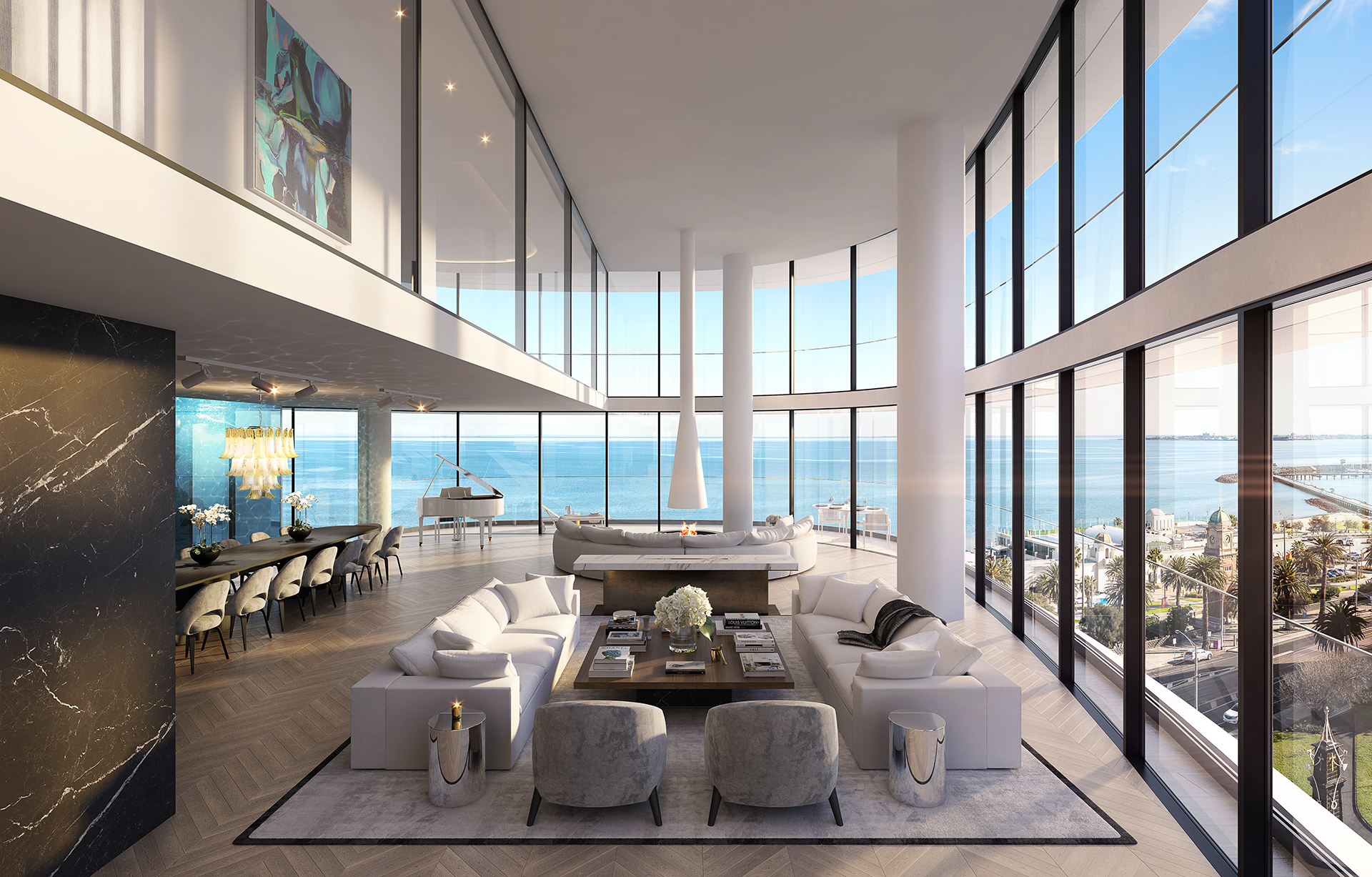 The double-storey 650sqm penthouse sits on top Pacific House, the first of three buildings to open and make up the Saint Moritz development. It boasts a 175sqm terrace and a private pool, private lift, garage with enough space for seven cars, four living rooms, a floating fireplace, a 1000-bottle wine cellar, a sauna and gymnasium.

With Marble-clad walls, a solid marble bathtub and floor to ceiling windows looking out over the water, the penthouse has been “designed to be the best in Australia and arguably one of the best in the world,” says Gurner.

With two of the buildings still in development, Saint Moritz has undoubtedly been built with the rich and the mega rich in mind. Just 120 properties have been allocated across all three buildings with 5,000sqm of private amenity and a world-class hospitality venue ‘anchoring’ the ground level. These private spaces form the basis of a luxury service offering, which includes an in-house sommelier and a common area with a specially curated book selection. 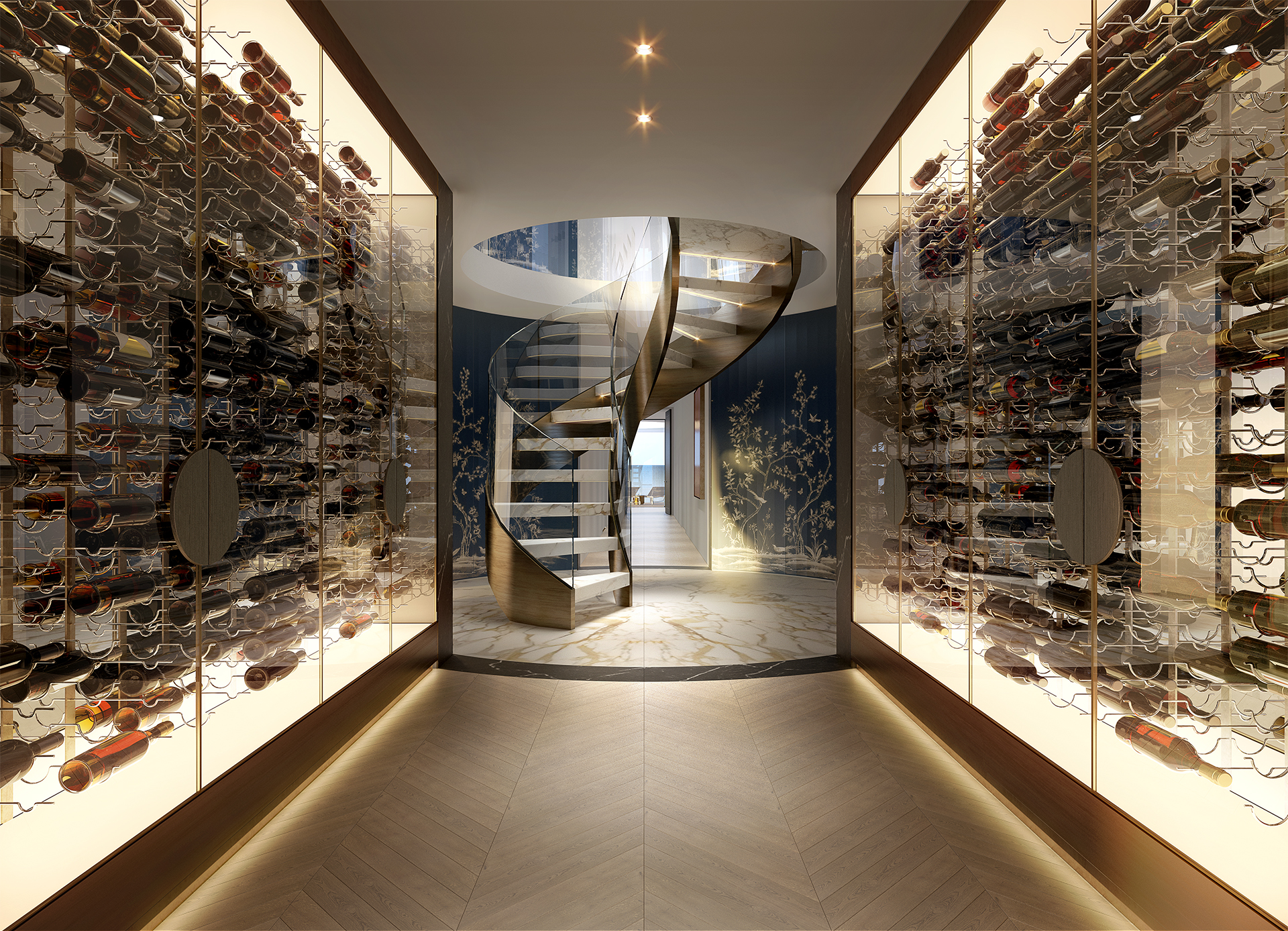 Gurner has brought in some heavy hitters to design the exterior and interiors, no doubt looking to compound the interest from prospective buyers well-versed in his previous high end property ventures. Fender Katsalidis have been appointed lead architects, Koichi Takada Architects have designed one of the three buildings, whilst interior designer David Hicks and landscape maestro Jack Merlo have been called upon to craft the innards and surrounding spaces.

Gurner has remarked that the Saint Moritz ‘reimagines luxury living in Australia ‘. …Having looked to the world’s most iconic luxury waterfront developments,” Gurner says he is looking to create something that will never be repeated again with this project.

“This is without a doubt the most ambitious and luxurious development we have ever created and I will ensure personally that every miniscule detail of this project is delivered to far exceed expectations.”