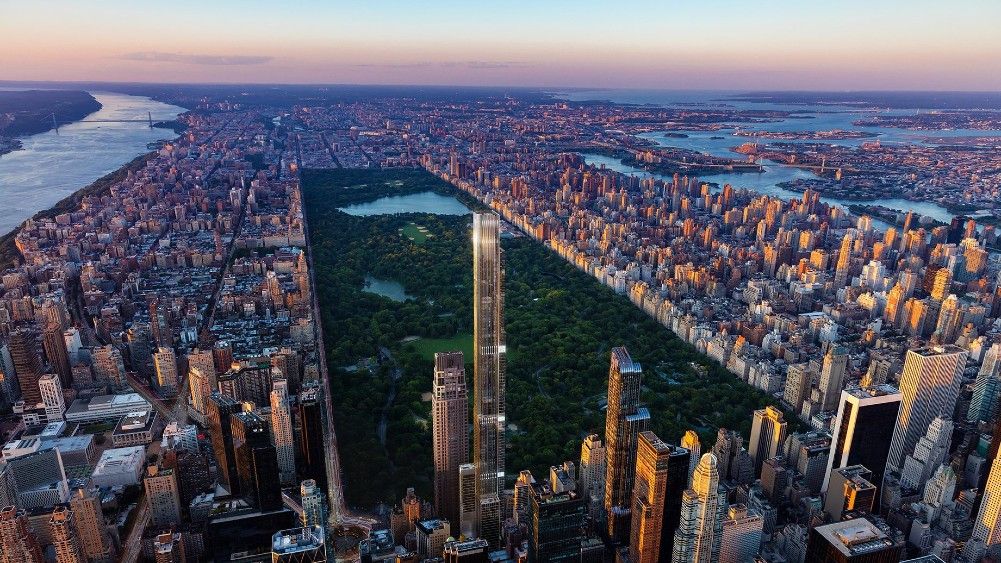 Central Park Tower will stand at a staggering 472 metres when it’s completed in 2020.

Now’s your chance to snag a condo in New York’s tallest residential building.

Central Park Tower, which officially took the title from 432 Park Avenue earlier this spring, listed its first condos for sale on Monday, according to Business Insider. The seven available units vary wildly in price, from US$6.9 million (around AU$9.9 million) for a two-bedroom to US$63 million (around AU$90 million) for a five-bedroom. Located at the southern edge of its namesake at 225 West 57th Street on Billionaires’ Row, the building will stand at a staggering 472 metres when it’s finally completed next year and house 179 of the city’s most exclusive homes, ranging in size from two- to eight-bedrooms, starting on the 32nd floor.

The first condos to be listed in the building include a couple two-bedroom units (the more expensive of the two goes for AU$13.1 million), three different three-bedrooms (AU$20.9 million, AU$27.2 million and AU$29.5 million, respectively) and a four-bedroom residence ($47.8 million).

But the crown jewel of the early availabilities is a residence that will take up the entirety of the building’s 112th floor. With an asking price of AU$90 million, the five-bedroom, five-and-a-half-baths residence covers 657 square metres and will feature a gigantic kitchen, sitting and living rooms, spacious private reception gallery and a grand salon with absolutely stunning views of the park from its floor-to-ceiling windows.

Beyond the units themselves, the building will also be home to the exclusive Central Park Club, which promises 4645 square metres of “thoroughly curated luxury amenities spread across three floors.” This will include a fitness centre, spa and a gorgeous terrace on the 14th-floor that will feature a 18-metre-long swimming pool, a sundeck and a series of private cabanas. The building will also house a new 30,000-square-metre seven-story Nordstrom that’ll be the brand’s flagship in New York.

Of course, as enticing as the condos at Central Park Tower may be, that doesn’t mean they’re guaranteed to sell. In late April, Curbed reported that nearly 40 per cent of the condos on Billionaires’ Row were unsold. But whether or not the market for the pricey residences is as hot as developers would like, that didn’t stop hedge funder Ken Griffin from buying the penthouse at 220 Central Park South for a record-setting US$238 (or AU$343) million earlier this year.