“She Drew a Sketch on a Napkin”: How Zaha Hadid Designed Her One and Only Residential Building

According to the man who calls it home.

When developer Vladislav Doronin first discussed plans for his dream home, he did so with someone he knew would understand him: Zaha Hadid. The meeting, which took place over lunch, was not their first—the two had bonded over a mutual love for Russian avant-garde art and Suprematism a few years prior. Hadid had studied both for a thesis, and Doronin had a passion for them since his youth. So, it seemed only fitting that the Aman Resorts and OKO Group CEO—a man Hadid once called the “Russian James Bond”—would discuss plans for his new home with the Iraqi-British architect.

“I told her I wanted to wake up in the morning, and I didn’t want to see anything except for the blue sky and the trees,” Doronin told Robb Report of the discussion, which took place at the Wolseley, a brasserie in London’s St. James district. “She drew a sketch on a napkin, and I told her I liked it. She promised to give me the drawing.” 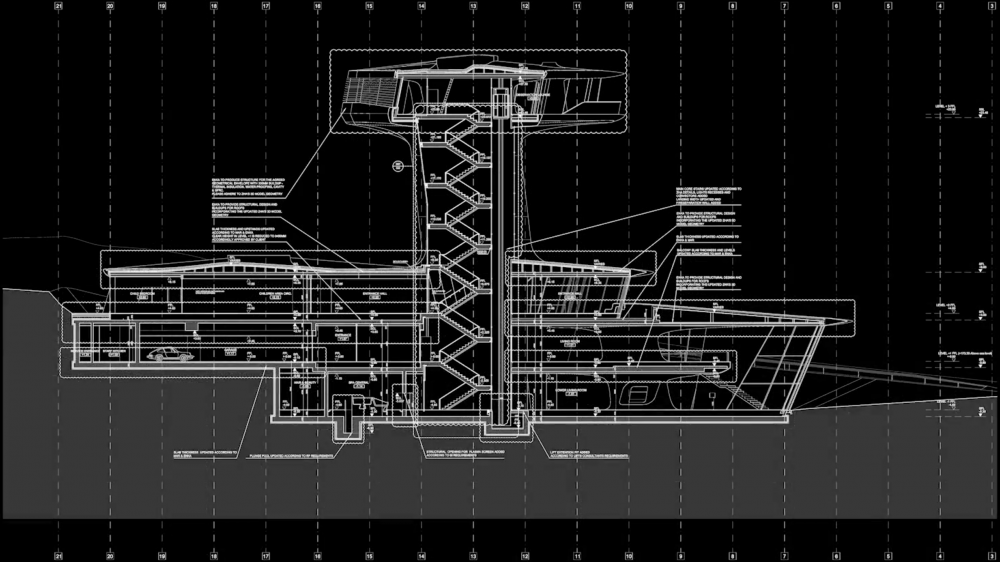 One of the first blueprints Hadid delivered to Doronin—a slightly more intricate image than her napkin sketch.
Photo: Courtesy of okogroup.com

They didn’t know it at the time, but the $200 million project would be the only private residence the Pritzker Prize laureate would design and realize in her lifetime.

Doronin selected the Barvikha Forest, just outside of Moscow, as the venue for the 3345-square-metre space, which he would eventually call the Capital Hill Residence. The plot was on a steep hill, so Hadid and her team carved into the slope itself, creating a structure that grew out of the terrain. Some of the property’s amenities, such as a 20-metre swimming pool, as well as a spa and gym, reside beneath the forest floor.

Yet one aspect of the three-floor home rises above the rest: The master bedroom is perched roughly 35 metres above ground. Connected to the rest of the home via a slim staircase, it delivers the requested sweeping treetop vistas like some kind Rebel Alliance hideout. Indeed, you half expect to see a clandestine X-Wing landing pad nearby. 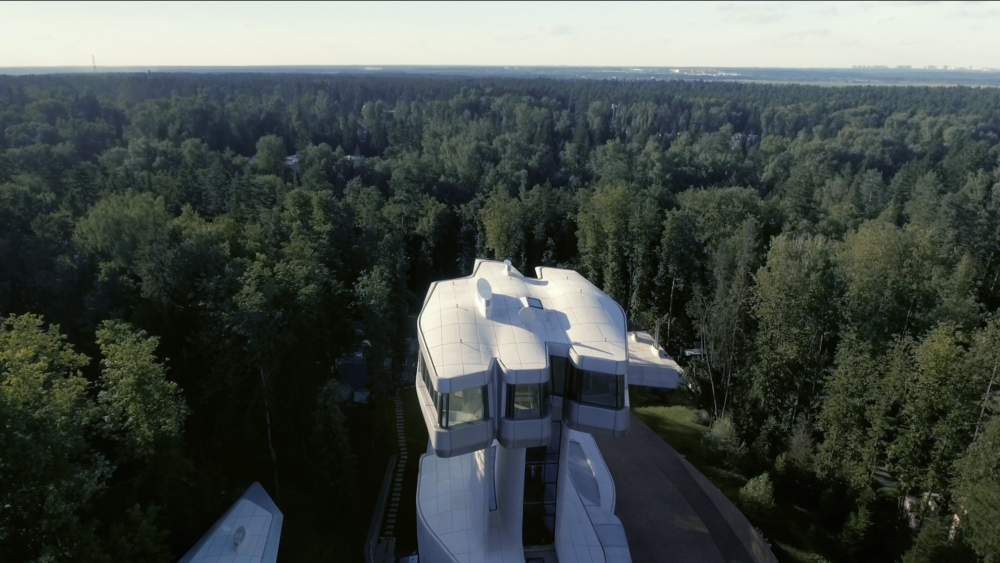 “The view that I asked for was completely realized,” Doronin said. “Standing on the balcony of the master bedrooms, looking out over the tops of the trees, you feel totally free. The building becomes a livable sculpture.”

The master bedroom slash observation room is Doronin’s favourite aspect of the property. But the home already has a lot going for it—a Japanese garden and built-in nightclub are among a few of the building’s other key selling points. (Not that it’s for sale, of course.) 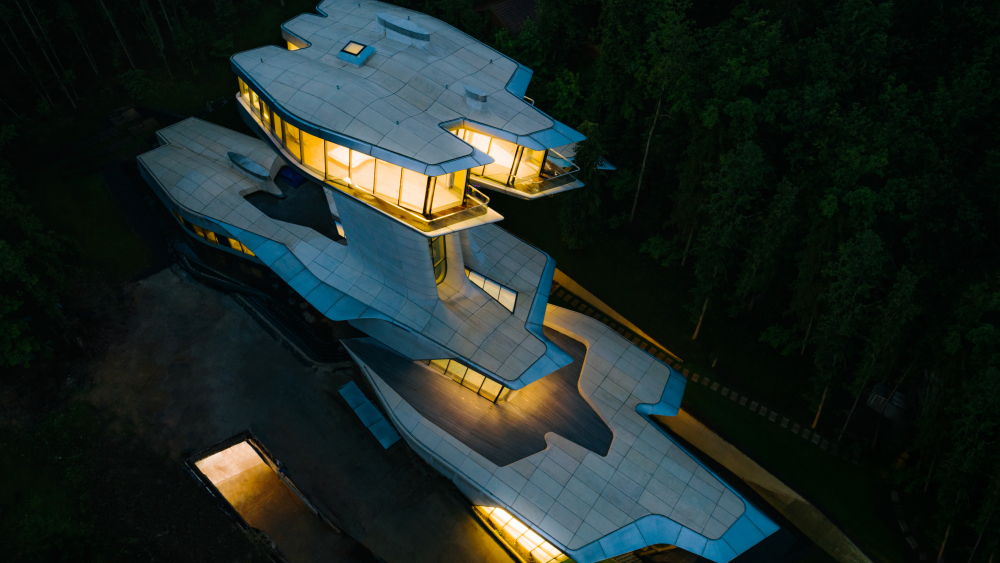 “Over the course of my 25-year career as a real estate developer, I have built 71 buildings and 75 million square feet. I developed the equivalent of New York’s Wall Street or London’s Canary Wharf. None of that compares to the Capital Hill Residence—it’s an architectural marvel and an engineering miracle,” Doronin said. “Zaha would agree.”