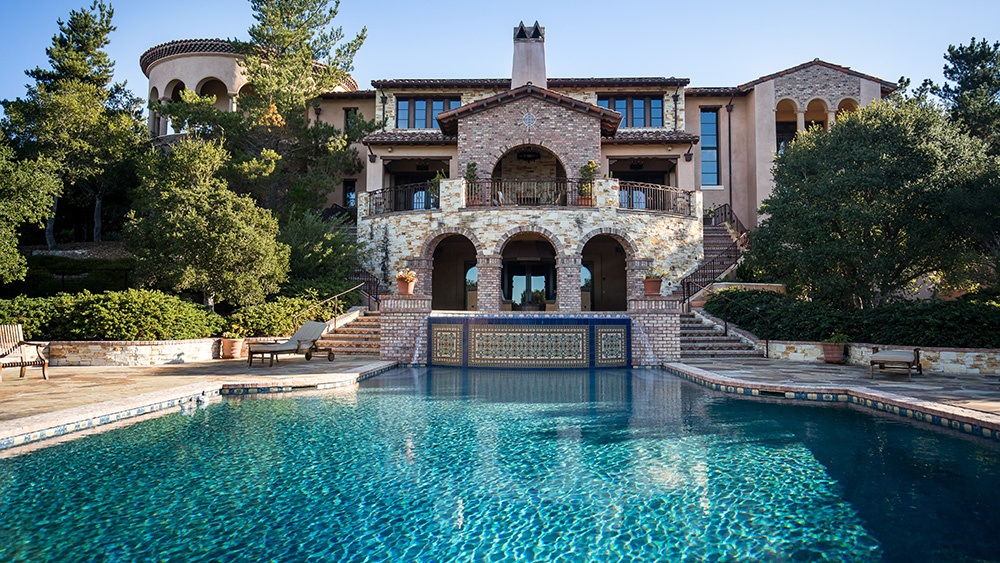 Home of the week: make Clint Eastwood your neighbour at this elite, sustainable community in Northern California

You’ll need a fistful of dollars to buy one of the remaining homesites inside this eco-friendly development.

Clint Eastwood wants to make your day. For the first time in a decade, the actor, director and property developer is releasing a select number of homesites at his elite private residential community Teháma, in Carmel, California.

As you might expect, it’ll cost a fistful of dollars for the privilege of building a dream home in this eco-friendly community, and calling Eastwood, who owns a home on the neighbourhood, a neighbour.

Prices for the seven sites being made available start at around $2.1 million for a 5.3-hectare wooded lot. For a few dollars more — around $8.8 million to be precis e— you can get a spectacular hilltop site on 4 hectares with expansive views of the Pacific. 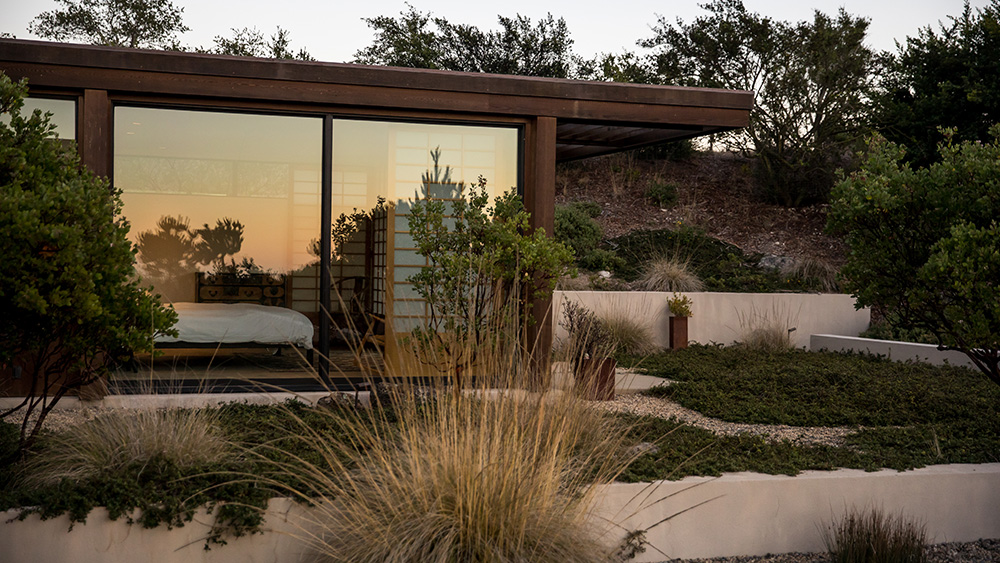 Exterior of a home in Tehama
Jason Speth

Set in nearly 810 hectares of Carmel Valley hillsides — 85 per cent of which is preserved as untouched, open space—Teháma is made up of just 90 homesites, 60 of which have already been sold. These latest seven offerings are the first of the remaining 30 sites to go to market.

Since Eastwood began developing the property 40 years ago, his single-minded focus has been making it a model for sustainable development — and preserving the natural beauty of the land.

“Our goal from the beginning was to do our best to keep it like it is,” says Eastwood on the Teháma website. “I have always said about this land, that it’s like a good movie script: it’s great; now let’s not screw it up.” 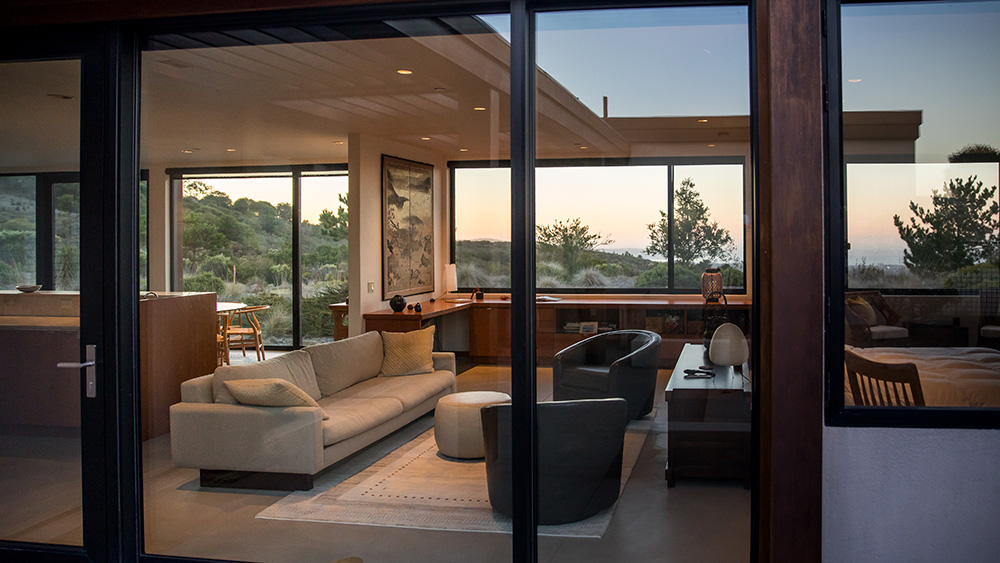 Interior of a home in Tehama.
Jason Speth

To ensure its sustainability, he installed an on-site water source with a state-of-the-art filtration system. He also specified a reclamation plant that treats the community’s wastewater to produce reclaimed water to irrigate Teháma’s Jay Morrish-designed golf course.

While home designers are given creative freedom, there are strict Teháma design “guidelines” to assist buyers in building a home that blends into the surroundings and reflects local Carmel architecture.

According to Rick Ojeda of Compass Real Estate, the exclusive sales partner for Teháma, Eastwood’s love affair with the Carmel area began in 1951 when he was drafted into the army and stationed at nearby Ford Ord. 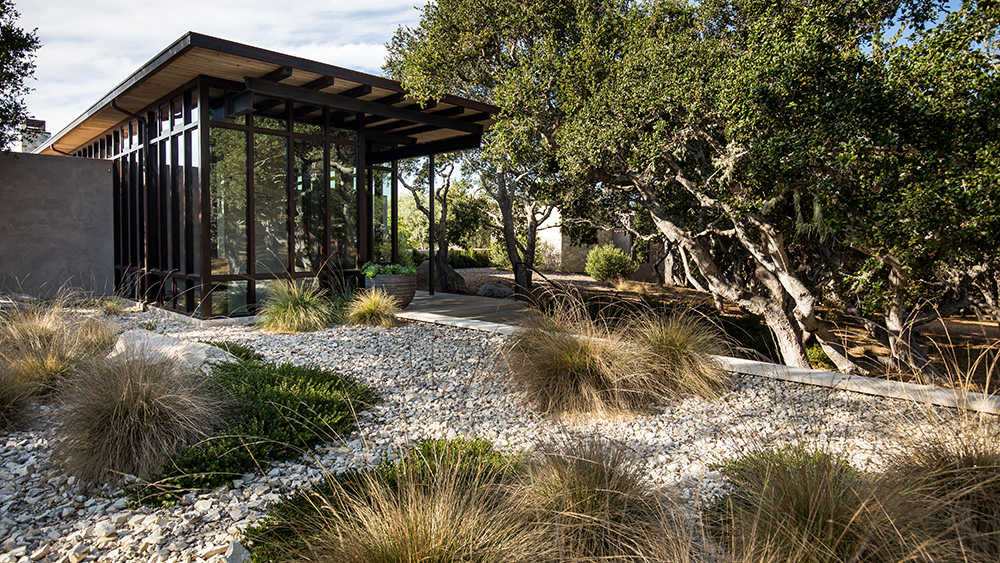 He later filmed and directed Play Misty For Me in the area, and named his production company Malpaso after a local creek. And who can forget that from 1986 to 1988, the Dirty Harry star was mayor of Carmel-by-the-Sea?

For those who perhaps don’t want to develop a home from scratch, right now there’s a listing for 15 Alta Madera, a four-bedroom, five-bath 725-square-metre home set on 2.5 hectares within Teháma. Asking price: US$10.5 million (around $14.8 million).

Or you could rent. A sprawling 1300-square-metre home at 46 Teháma, that has eight bedrooms and 8.5 baths, is currently available for around $97,500 a month, which may seem steep, but next to renting Kevin Costner’s Aspen home, it feels entirely reasonable.

With so few properties available at Teháma, maybe you need to acquire one any way you can.