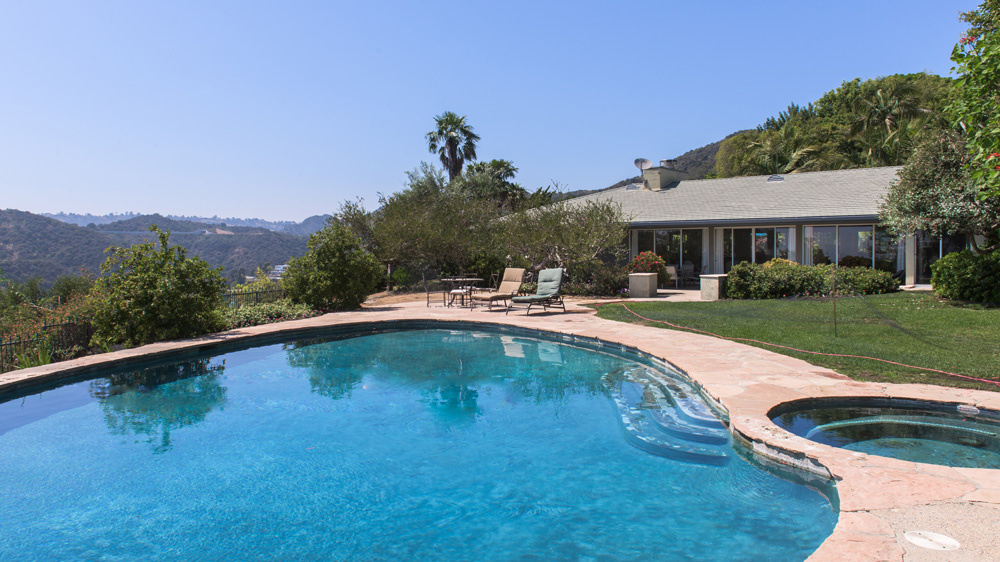 It’s the first time the home has been listed in more than two decades.

The home of the late Hollywood legend, Elizabeth Taylor, has hit the market for the first time in 21 years.

Taylor and her second husband, British actor Michael Wilding, purchased the two-acre gated estate in 1954. (The pair reportedly decided to buy the pristine property after scaling the fence to view it for themselves.) After they divorced in 1957, Taylor sold the home.

Built around a fountain courtyard lined with palm trees, the ranch-style home offers striking city views from every angle. Unlike many other celebrity homes, which often come with over-the-top features like hookah lounges, dance floors, recording studios and basketball courts, Elizabeth Taylor’s former residence is a bit more subdued. 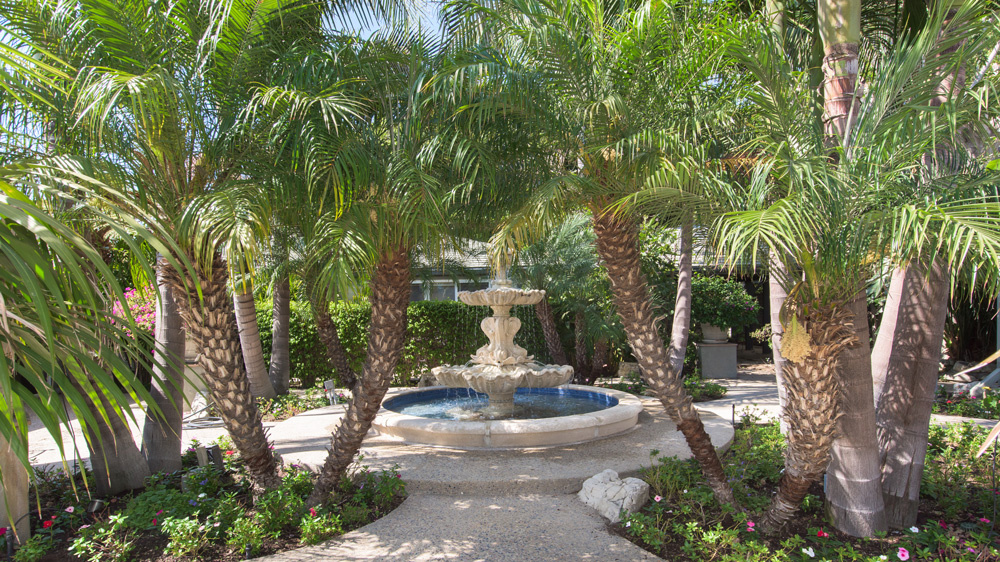 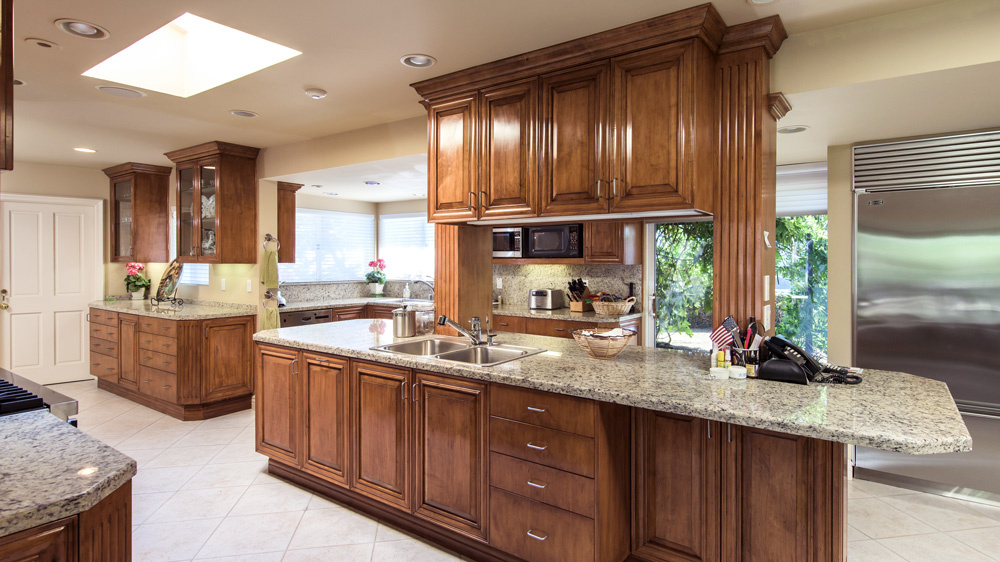 The understated abode is outfitted with six bedrooms (including a master suite with an octagonal coffered ceiling, a fireplace and picturesque views of the garden and pool) and seven baths.

Characterised by rustic exposed wood beams, a fireplace, and floor-to-ceiling walls of glass, the open-concept living room is an airy, light-drenched meeting place for the whole family.

The spacious kitchen shows off a generous island, state-of-the-art appliances and doors that lead to a patio made for alfresco dining. Should you prefer a more traditional dinner, there’s also a formal dining room. A stately office furnished with a fireplace and built-in bookshelves, a breezy art studio, an atrium, a gym, a sauna, and a bar round out the indoor amenities.

Glass doors lead to the patio, where verdant gardens and an oval-shaped swimming pool overlook the cityscape. Lush gardens and landscaping blur the lines between indoors and outdoors and make it easy to effortlessly entertain on balmy California days. 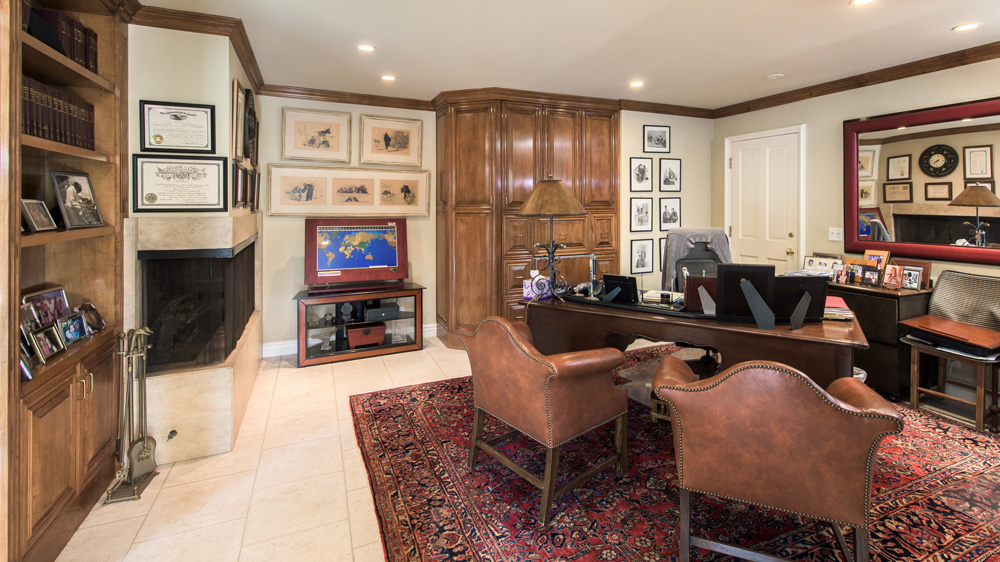 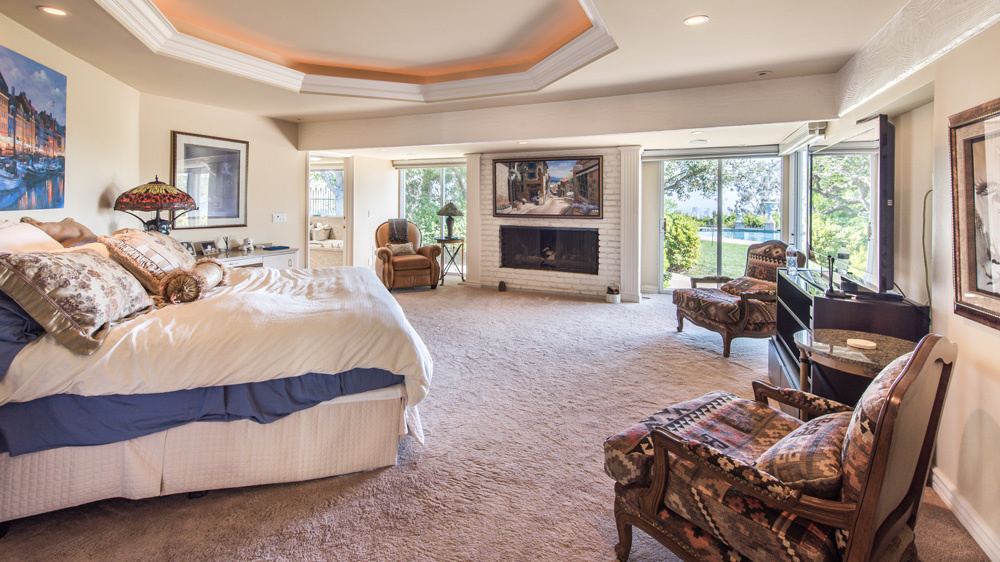