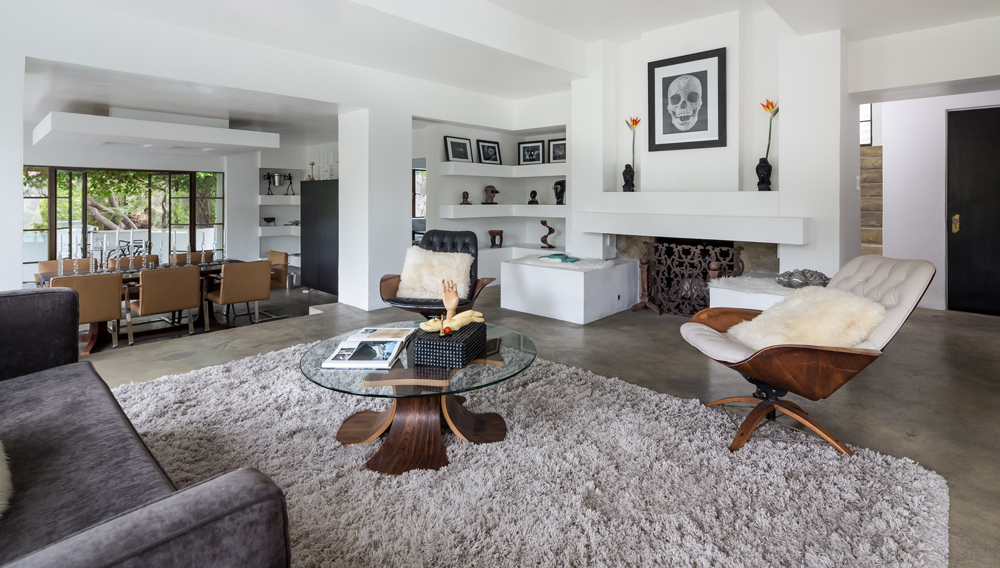 The quirky three-bedroom home comes with a swimming pool and sweeping views of vegetation.

As the son of the prolific American architect Frank Lloyd Wright, Lloyd Wright had some big shoes to fill. Yet the younger Wright—who was born in 1890 and spent his childhood in Illinois and Wisconsin before settling in California—became a notable architect in his own right, envisioning an array of influential structures in the Golden State. Though influenced by his father’s work, Wright brought his own imagination to the mix. One of his most notable silent film–era residences is the Samuel-Novarro House, which was built in 1928 for Louis Samuel, the business manager of actor Ramon Novarro. After Novarro found out that Samuel had embezzled his money to finance the project, he assumed ownership of the property and worked with Wright to expand the architectural footprint and garden.

Built into a hillside in Los Feliz, California, the four-level Mayan Revival home is characterised by a white concrete exterior, oxidised copper accents, and geometrically positioned windows. Outfitted with three bedrooms and three bathrooms, the 249.9-square-metre residence flows freely from inside to outdoors to maximise the Southern California lifestyle. 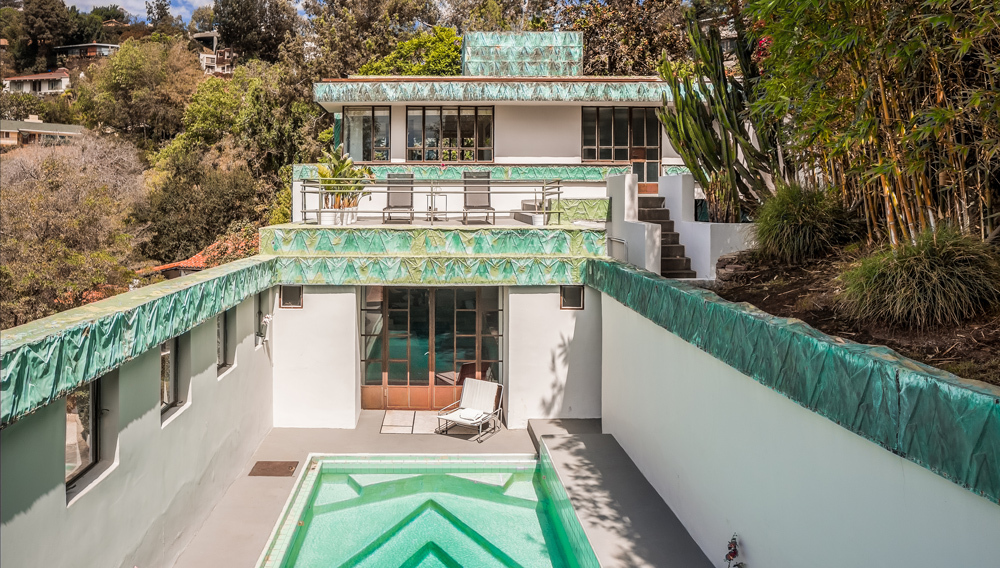 Concrete and hardwood floors, walls of glass, built-in shelves, and a frosted-glass entrance add character to the space, while balconies and patios provide plenty of opportunities for alfresco entertaining. A swimming pool hidden behind copper-lined walls serves as a hidden oasis. Every inch of the property integrates naturally into the lush surroundings, from a rooftop deck that overlooks the treetops to a trellis-covered dining and sitting area.

The house is currently on the market for US$4.295 million. Juliette Hohnen of Douglas Elliman represents the listing.

A handful of other homes designed by Frank Lloyd Wright are also on the market, from the templelike Ennis House in Los Angeles and a circular home in Phoenix to a Buffalo home that is one of the best-preserved examples of his Prairie-style architecture.