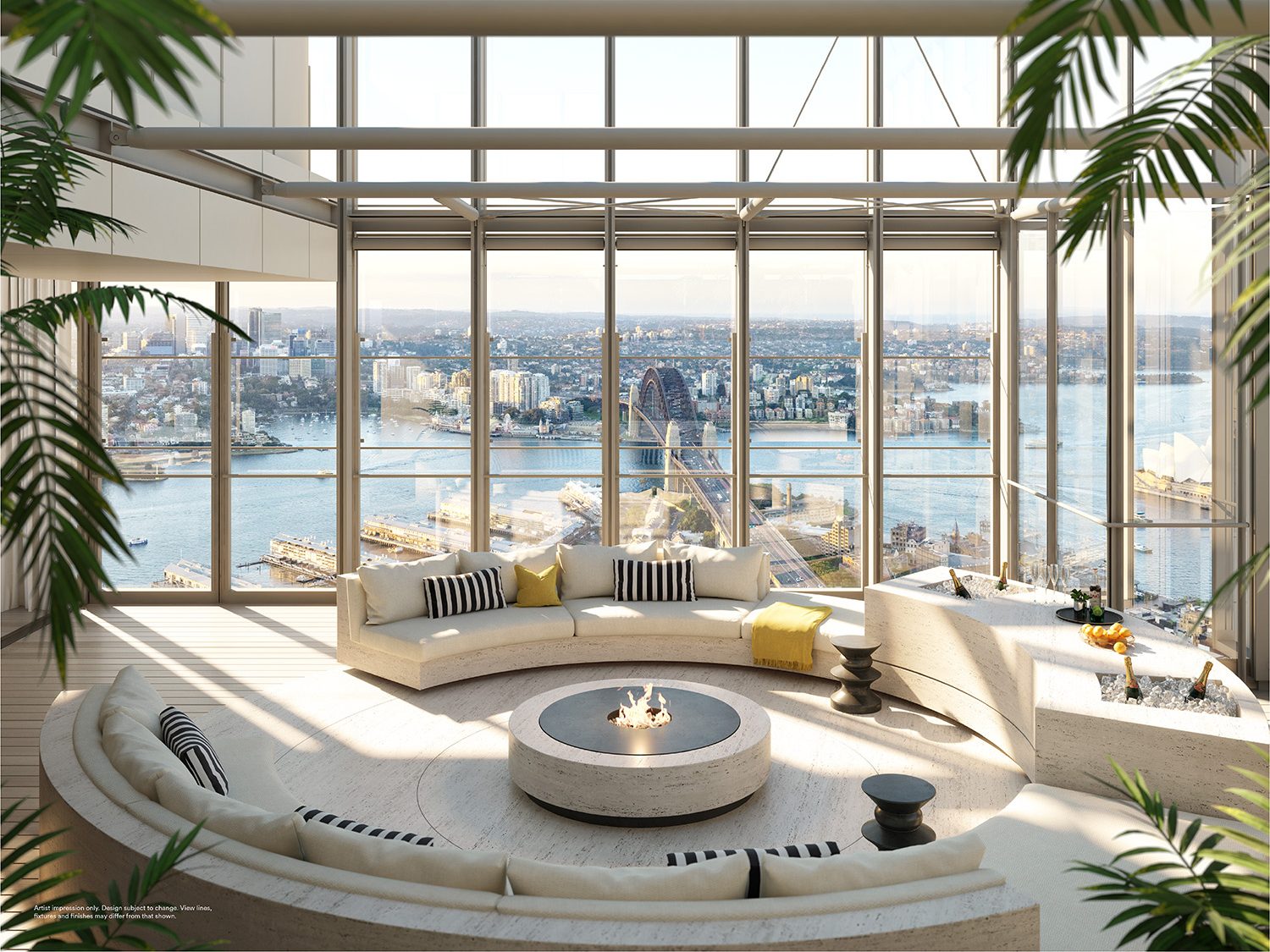 The shimmering One Sydney Harbour development has today unveiled its latest ‘Skyhome’ penthouses.

Spanning a full floor each and ranging from 540 to 670 square metres with 3-metre high ceilings throughout, each boasts private lift and rooftop terrace (80 – 100 sqm) with entertaining space, swimming pool and panoramic views across Sydney and its various architectural icons, as well as to the Blue Mountains in the west. 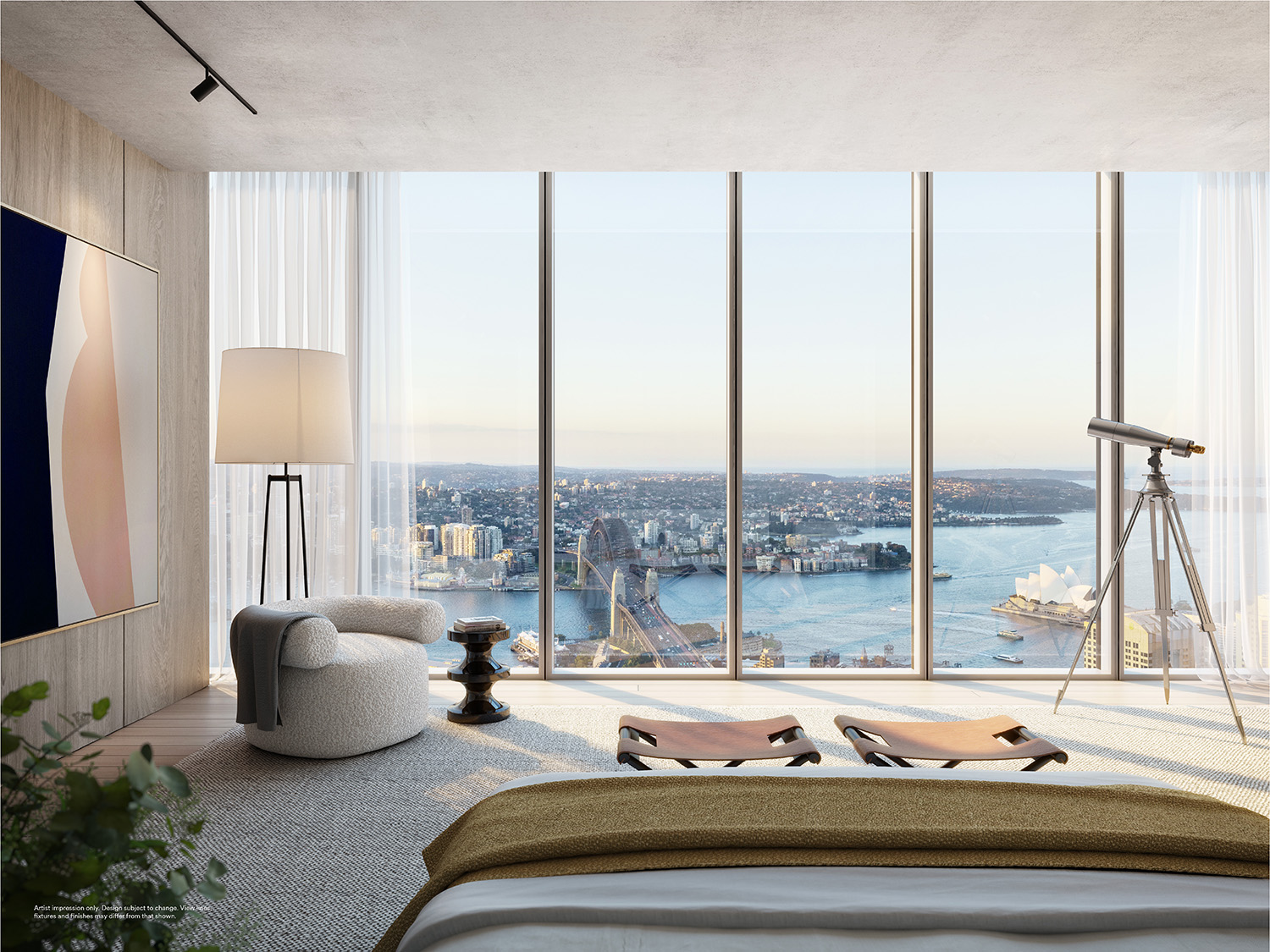 “All places have a story to tell, you just have to listen to that story and I think Sydney has a great story to tell,” offers Piano.“In this case, I think it’s very much about this, about making something that tells the essence of this city that is about sense of lightness, a sense of light, the sense of transparency.”

Skyhomes interiors will be crafted by leading designer Daniel Goldberg, founder and creative director of State of Craft, in consultation with the owners.
Goldberg previously collaborated with Piano on London’s The Shard and Shard Place in 2012.

“We wanted to create two unique, world-class homes in the sky that capture the essence of living high above Sydney Harbour,” says Goldberg. “The experience of being in the Skyhomes was inspired by life on board private yachts with their seamless transition from inside to outside spaces, and the feeling of freedom and elegant comfort.”
onesydneyharbour.com; lendlease.com.au
ADVERTISE WITH US