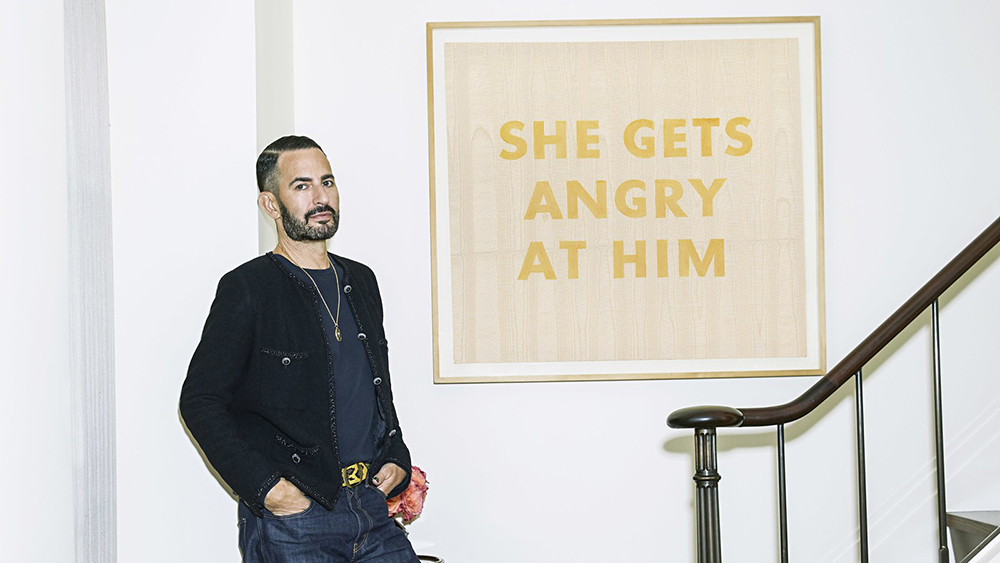 Marc Jacobs is renowned for his impeccable taste and fastidious eye. So it’s no surprise that the fashion designer takes his personal art collection seriously. Now, a large chunk of that collection is set to go under the hammer in various Sotheby’s sales this November and December.

Back in April, Jacobs and husband Charly “Char” Defrancesco splurged on a US$9 million Frank Lloyd Wright home in Westchester County. And it appears the lauded designer is partaking in a little Marie Kondo-style cleansing before moving into his new suburban abode. In an interview with Sotheby’s Chairman Amy Cappellazzo, Jacobs explained, “When you move into a Frank Lloyd Wright house, there isn’t a lot of wall space and you can’t hang a lot of paintings. As much as I will have a difficult time parting with them, I just felt it’s time to give myself this window to start again.”

Jacobs—who was once the creative director of Louis Vuitton and now helms his eponymous fashion label—will part with more than 150 coveted artworks via a handful of Sotheby’s auctions, including the Impressionist and Modern Art auction and Contemporary Art Day (held November 14 and 15, respectively). There will also be a dedicated auction titled Marc Jacobs: A Life of Design which will be held in New York on December 12 and online from December 4 to 13.

Each one of the works comes complete with a Jacobs backstory. Take the coffee table book by French Art Deco artist and designer Jean Dunand, for example. This artful 1926 tome is said to be the inspiration behind the Marc Jacobs Beauty packaging. “The piece is so tactile. It makes a statement; it’s black, but it’s soft and shiny. When we had this meeting about our packaging for beauty, I knew I wanted it to look like 30 coats of piano lacquer,” Jacobs explains.

Other standouts include two works by Ed Ruscha—Broken Glass (1967–68) and She Gets Angry at Him (1974)—three drawings by Elizabeth Peyton and numerous paintings by John Currin of which Jacobs was an early collector. There are also prints by Mike Kelley and pieces by Urs Fischer, Karen Kilimnik, Richard Prince, and more.

If you’re interested in learning more about the auction, we’ve included a video below: