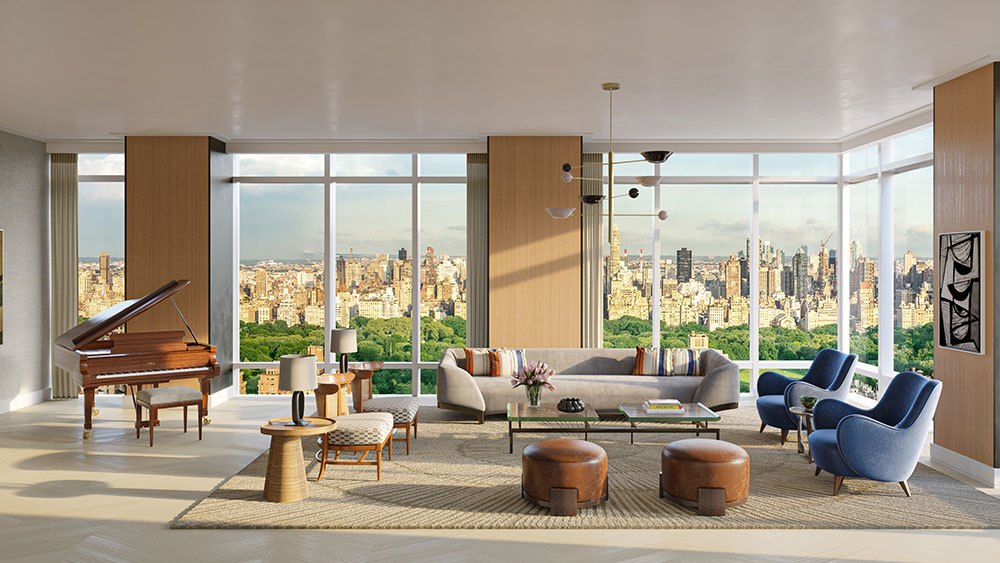 With spectacular views of Central Park and the city’s famous skyline.

It’s been a long road for 200 Amsterdam. The developers had long planned for the 52-storey residential tower to be the tallest structure on the Upper West Side, but those aspirations appeared to be in jeopardy last year. A New York Supreme Court judge ruled that the building’s permit should not have been issued, causing something of a logistical nightmare: The decision meant that the top 20 floors would have to be removed from the structure, which had only just topped off.

But the ruling was ultimately overturned in March, which means the building’s sky-high residences will soon be a reality. On Thursday, 200 Amsterdam launched its glitzy Penthouse Collection, a series of eight full-floor units between 370sqm to 436sqm. But the ones we’ve got our eyes on are the two uppermost units, which are 600sqm duplex residences asking $49 and $51 million each. 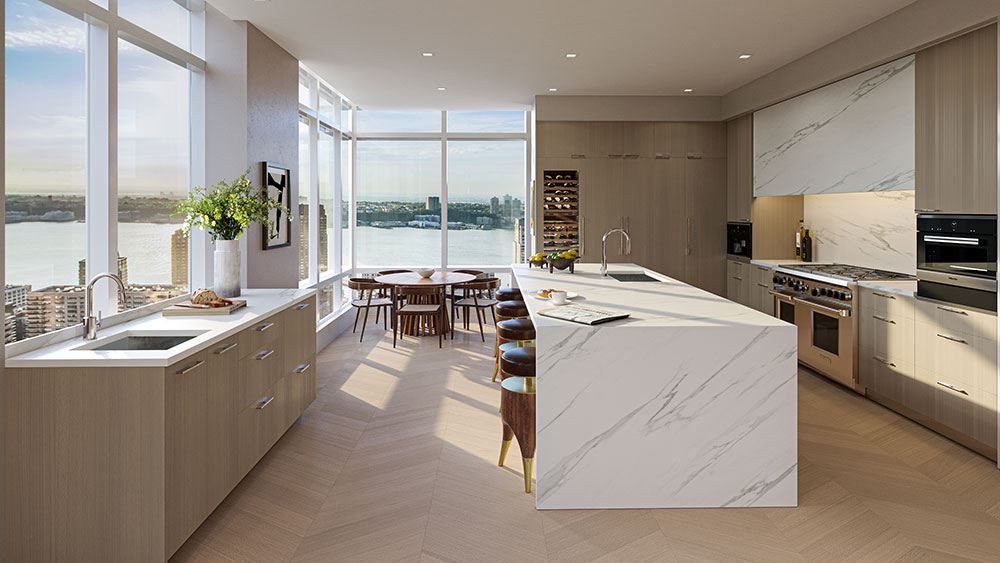 These sprawling homes have four bedrooms, four bathrooms and two powder rooms. Most importantly, you’ll be able to fully appreciate their lofty vantage point, as each has a private outdoor space as well as floor-to-ceiling windows all around the great room. The two floors are connected by a white oak and glass staircase, or a private elevator if you’d rather not make the trip on foot.

Kitchens are equipped with SubZero, Wolf and Miele appliances and include design elements like white oak cabinetry, a Calcatta marble island and a similarly marble-clad range hood. The residences feature these high-end materials throughout: The floors are custom white oak in a chevron pattern, and all of the en-suite bathrooms are made with Bardiglio marble. 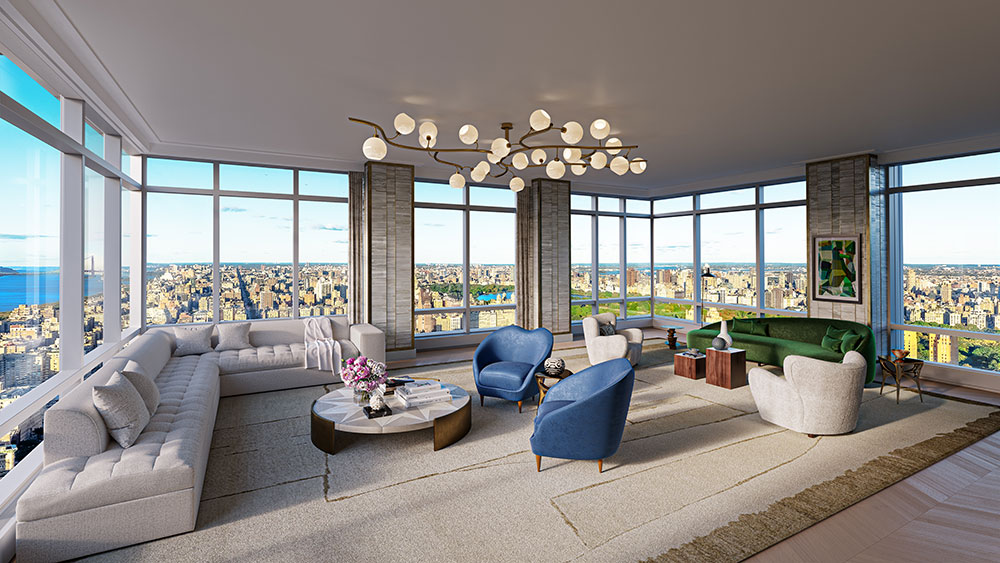 Another view of the great room. Photo: Courtesy of Williams New York

Future residents can also take advantage of the building’s many amenities. There’s a long list of fitness and spa perks, including steam rooms, a saltwater pool, gym and an infrared sauna, as well as communal spaces like an outdoor lounge, library and children’s playroom.

And if the two duplexes aren’t quite your speed, pricing for the other full-floor units in the Penthouse Collection start at $22.6 million. Best jump on it now, though, as one on the 47th floor has already found a buyer.

Check out more photos of the $51 million unit, below: 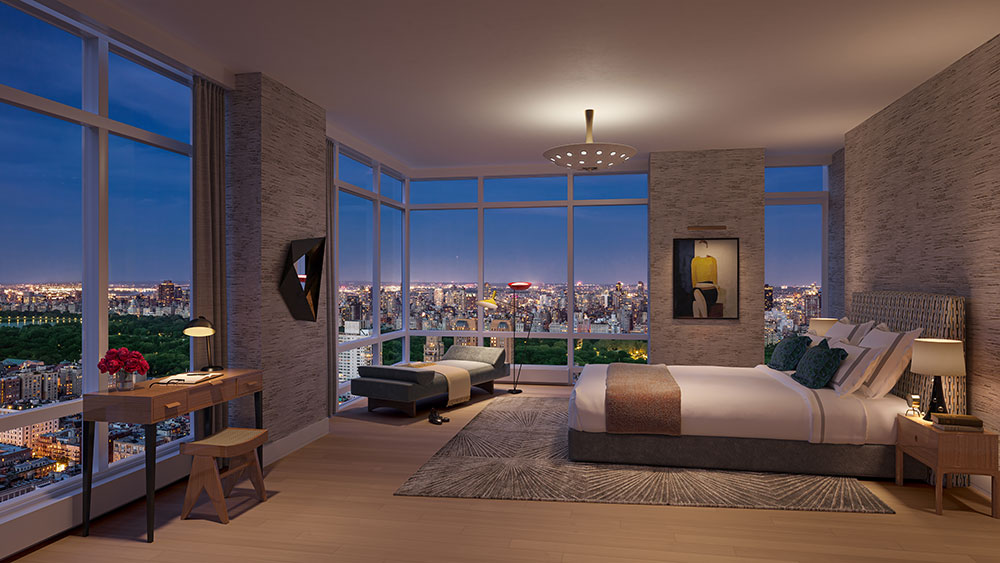 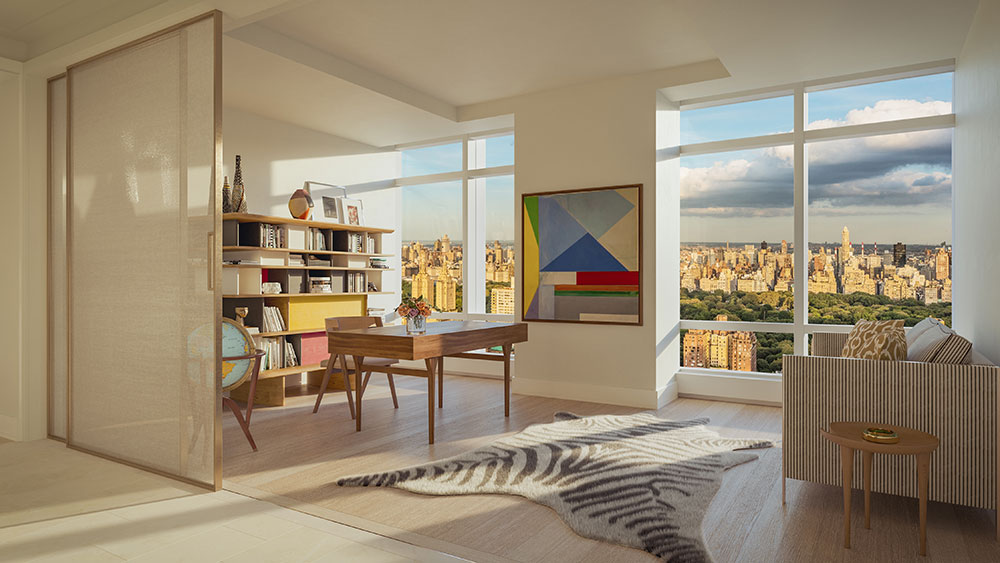 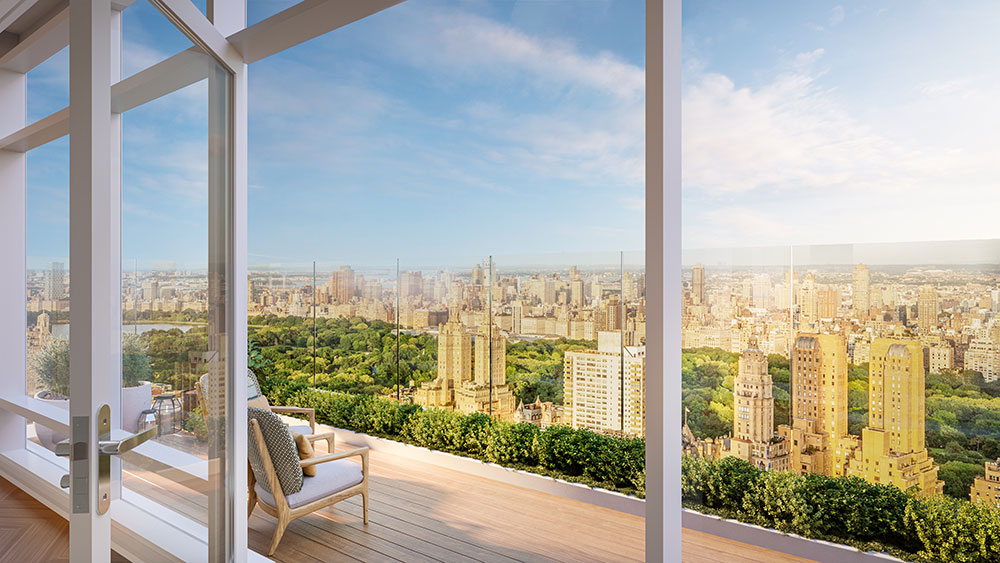