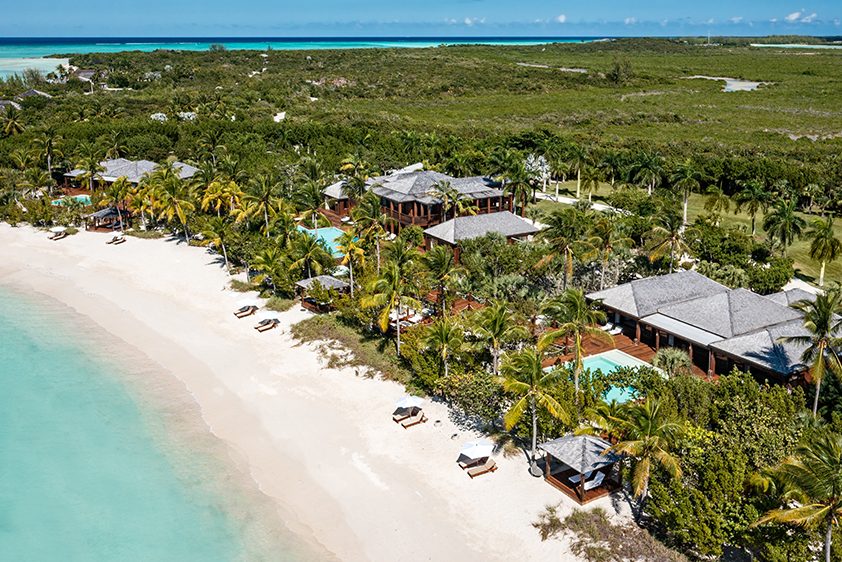 The property in Turks & Caicos is now for sale.

Die-hard fans of Bruce Willis now have a chance to live like the legendary American actor. A sprawling Caribbean compound formerly owned by Willis himself has just hit the market for $51.7 million.

The property in question, known simply as the Residence, is nestled amid the exclusive Turks and Caicos archipelago on the picturesque private island of Parrot Cay. The eight-acre plot was first purchased by the 66-year-old leading man—known for films such as Die Hard, Pulp Fiction and The Sixth Sense, to name but a few—back in 2000, after which he spent the next four years building his dream home on the secluded, sunset-facing bay.

Fit for an A-Lister, the beachfront estate comprises three stately hardwood-clad homes that collectively offer a total of 3250sqm of living space, along with 12 bedrooms and 14 bathrooms. The six-bedroom main house, which was treated to a full re-design in 2020, is geared toward entertaining family and friends. The entire upper level has been transformed into a “children’s dream space,” while the main level comes fitted with a lavish lounge and an epic cinema to catch up on Willis’s latest flicks. To the north of the main house, there is a villa dedicated to the luxurious primary suite and a separate guest villa to accommodate fellow stars. Both villas are set a good distance from the main house and come with their own large pool. Speaking of pools, the property has four in total, as well as 335 metres of immaculate beach.

Elsewhere outdoors, there is 167sqm square feet of decking for alfresco entertaining, along with a yoga pavilion and a children’s playground that boasts its own full-size wooden pirate ship. The estate itself is part of the ritzy COMO Parrot Cay resort, which is owned by Singaporean hotelier Christina Ong. As such, it is serviced by a dedicated staff and supplemented by COMO management. If the property is sold at the asking price, it will set a record for the island nation and result in a nice profit for the current owners (the billionaire founders of Goosehead Insurance), who bought the place from Willis for $27 million back in 2019.

Not to mention, it was built by the one and only John McClane.