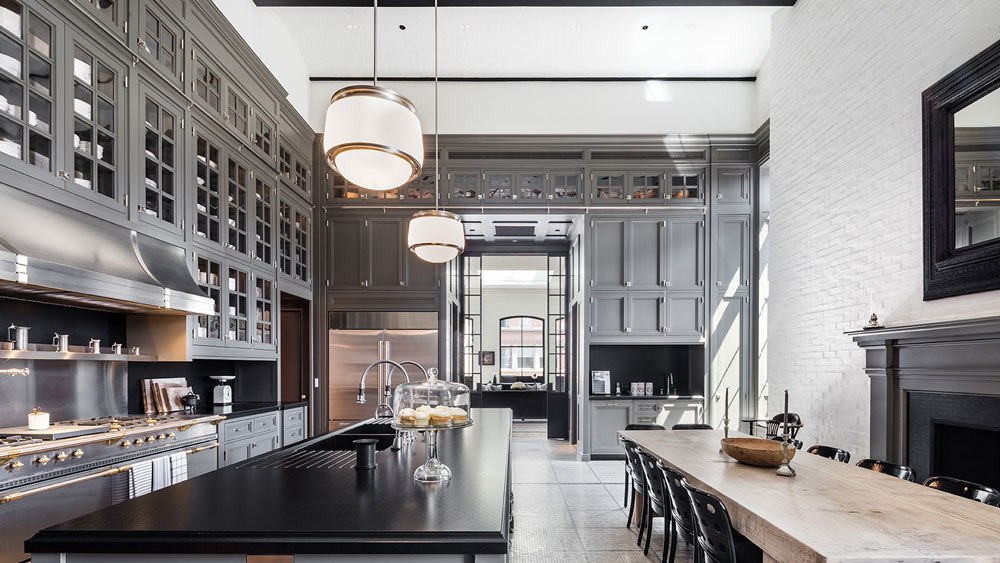 This New York City Triplex Can Be Yours for $89 Million

Rest easy in the City That Never Sleeps.

Miami has waterfront condos and London has sleek penthouses, but New York City has it all. America’s biggest city has long been known as a melting pot, not just because of its cultures and cuisines but because of its real estate, which runs the gamut from sky-high penthouses to tony townhomes. Much of the city’s prime real estate is housed in historic, cast-iron buildings that recall its illustrious past—and the 743-square-metre triplex residence at 421 Broome Street in SoHo is a stellar example. 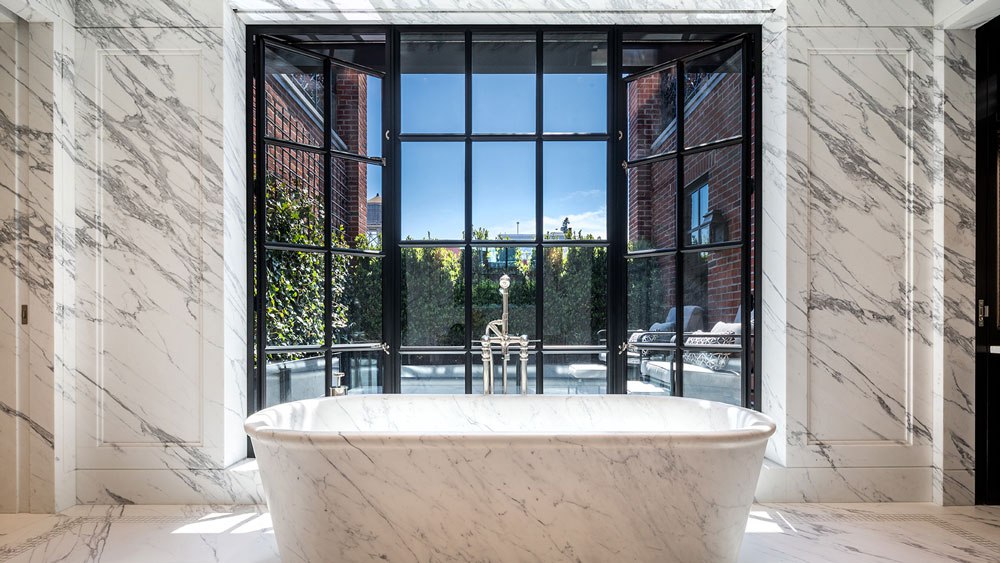 Located in a 19th-century building, the light-drenched abode has four bedrooms and six baths. Direct elevator access leads into the penthouse, which encompasses the fifth and sixth floors of the building as well as the rooftop. Painstakingly renovated by AML Architecture and Roman & Williams, the triplex showcases fabricated steel doors, windows, white brick walls, and skylights that allow plenty of sunlight to filter into the stark white interiors.

The great room is characterized by six oversized arched windows, 4.5-metre ceilings, wood-burning fireplaces, and a pair of skylights. The kitchen, meanwhile, is a gourmet affair complete with a six-metre barrel-vaulted ceiling, honed black granite countertops and tiles, a wood-burning fireplace, and two butler’s pantries. Spread across the entire sixth floor, the master suite is a luxe, lavish space that includes dual marble baths, a fireplace with a carved marble mantel, dressing rooms, and a private terrace. A curvaceous black marble staircase connects the floors. 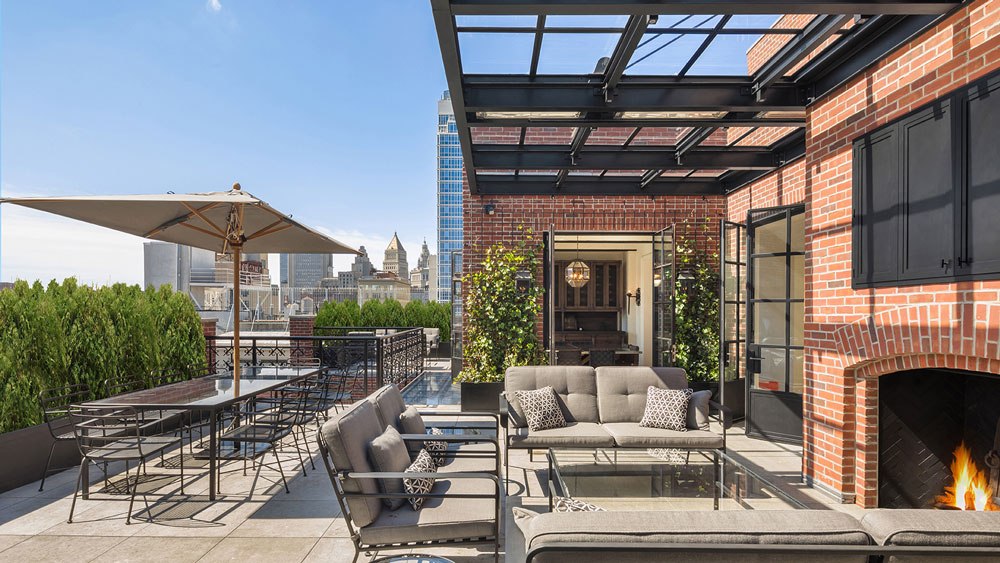 The sky castle comes with 343 square metres of private terraces that are trimmed by boxwood and a Japanese maple tree. One wraparound terrace is outfitted with a hot tub, a barbecue area, a heated steel and glass canopy, and a wood-burning fireplace, while another shows off a limestone fountain.

The triplex is currently on the market for USD$65 (estimated AUD$89) million.