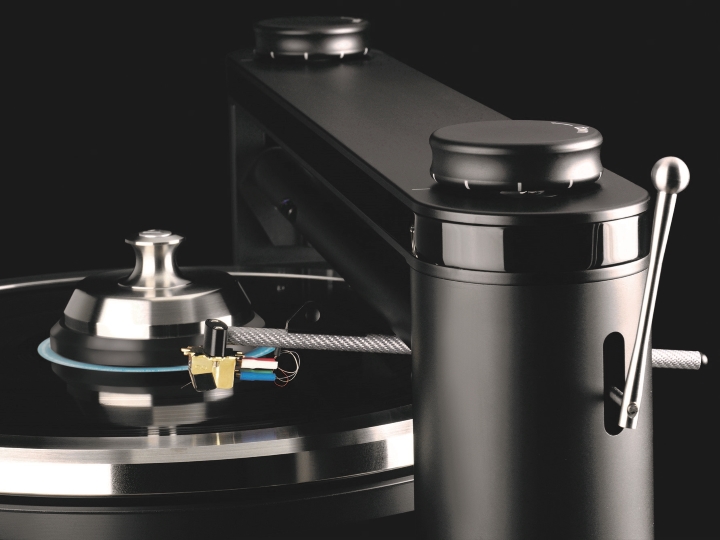 The sounds of sublimeness

True audiophiles are shunning sterile home cinema in favour of a return to two-channel purity.

Consider the shifts that have occurred over the past 30 or so years in the way in which we consume music. Vinyl records were poised for obsolescence with the arrival of the Compact Disc in the early 1980s. Cassette tapes were superseded by recording formats that disappeared faster than the typical Australian Idol finalist. Hands up anyone who remembers MiniDisc? Or DAT?

The Mp3 format and the global embrace of the iPod changed everything. At least, it did until the advent of streaming services forced Apple to bin its 5000-songs-in-your-pocket miracle and everything changed … again.

Yet, curiously, other key elements of the audio chain have moved at a far more glacial pace. Like loudspeaker design and construction. It’s been almost 100 years since two General Electric researchers, Rice and Kellogg (yes, seriously), patented the basic design from which sprang all subsequent moving-coil drive-unit designs, or what we know as ‘a speaker’.

The basic electrical, acoustical and mechanical principles have evolved little since, while good old timber (or MDF, medium-density fibreboard) for the speaker cabinets has also stubbornly resisted change.

But not anymore. Companies like Magico, located in Hayward, California, have begun crafting materials more commonly associated with the aerospace industry, or Formula 1 racing – think aluminium, titanium and variations of carbon-fibre – into high-end audio speakers. In doing so, Magico has reset what was thought possible in the quest for the ultimate speaker: that is, one that ‘disappears’, leaving just the music rendered like an other-worldly acoustic holograph across a virtual sound stage. Magico founder and CEO Alon Wolf is both engineer and musician. As evidenced by his vast new factory, he’s also clearly a fearless entrepreneur. Wolf is reticent on the total investment in Magico’s manufacturing operation, which has more CNC milling machines than many top-flight F1 teams, but he delights to talk about the materials and design that make his company’s products truly next-level, in every sense of the term.

Wolf dismisses the notion that Magico has reinvented the loudspeaker, or that the company is using new, mysterious materials. That said, like many other speaker designers, he is inclined to assign techy-sounding trademarked names like Nano-Tec to material innovations that are more evolutionary than revolutionary. (The Rohacell foam and carbon-nanotube material used in Magico’s Nano-Tec material, for example, are heavily employed by the aerospace industry for their stiffness and lightness.)

Meanwhile, there is no place for pulped-up dead tree at Magico. Instead, the flagship (well, sort of) Q7 Mk.II model is fronted by thick baffles of exactingly milled aircraft-grade aluminium, to which the drivers are affixed from the rear. Wolf objects to screws on baffles, and the ‘acoustic artefacts’ that he claims are caused by diffraction around them. “Screws come loose and eventually can’t be properly tightened, and they don’t sound good around tweeters,” he insists, but you also sense that visible screws may offend his delicate sense of aesthetic. Wolf says that aluminium provides ideal stiffness and mass, and is relatively easy to effectively damp without storing wave-induced energy. Because of this, it’s far superior to MDF. Reducing flex-induced resonances in MDF requires extensive internal bracing, which can create its own mechanical-energy issues, clouding or ‘colouring’ the sound.

Each Q7 weighs – get this – 340kg. Yes, aluminium is a light material, but when you engineer enough of the stuff into a Q7, you’ll need a couple of front-row forwards to assist in moving them around in your listening room.

Machined from aluminium and brass, the cabinet construction really needs to be seen from the inside to truly be appreciated. It looks a little like a mad architect’s scale model of a glassless high-rise city of the future. A cutaway version shows a complex internal structure of multiple, thick-walled chambers and 10 tubular truss rods that tightly secure the front baffle to the rear panel.

The frame system alone is assembled from more than 50 machined parts; one sidewall is perforated by nearly 100 threaded holes. More than 500 fasteners of various types are required for the cabinet’s construction, even before the front-baffle assembly is affixed to it. The outer, matte skin of anodised aluminium presents a pleasingly soft, muted finish available in a nearly infinite range of colours. The drivers themselves are magnificent things, built in stages in three countries, and using a complex mix of aluminium for the basket, titanium for the voicecoil and a type of carbon-fibre similar to that used for helicopter blades for the cone itself. Oh, and a diamond coating for the beryllium tweeter. Assembling a pair of Q7s will take one of Magico’s technicians more than a week. Without computer-controlled machining, bringing such a complex design to market would be impossible. As it is, these artworks are priced at $335,000 per pair.

And the sound that emanates from something so clearly brimming with tech, passion and zero compromise? It’s a combination that has had veteran audio reviewers searching for superlatives. Audio oracle Robert Harley wrote in The Absolute Sound: “The Q7 simply disappears as a transducer. This is the singularly most impressive product I have encountered in more than 23 years of full-time reviewing.”

Heady praise – but what, you may ask, would you feed to a potentially perfect pair of speakers?

The old hi-fi adage still stands: rubbish in; rubbish out. Not even the Q7s will save a master work that has been compressed within a byte of its life by the evils of the Mp3 format and its wilful discarding of audio information. Almost certainly, Q7 shoppers will be active in the so-called ‘two-channel revival’, shunning a multi-speaker home theatre set-up (or at least banishing it to another part of the house) and revelling in an ‘ultra-high-resolution front end’. That’s audiophile-speak for the music source, be it records, CDs or high-resolution files. Says Nigel Ng, product and operations manager of Advance Audio Australia, the vinyl revival continues apace. “Plenty of high-end customers not only love the tonal quality of vinyl, they love the tactility of it, the sense of occasion, the artwork, the whole feel. Yes, they will have other sources, like CD and high-resolution streaming, but a premium turntable has – again – become a must-have for audio purists.”

Turntables from Clearaudio, designed and built in Erlangen, Germany, range from around $2000 to a scarcely believable $250,000. Says Ng, “There’s plenty of activity in the area around $2000, which does buy a perfectly nice and good-sounding turntable for a mid-level audio system. For us, though, we see the most volume around the $30,000 range. In 2012, we sold more turntables than we had in the previous three years combined, and that has kept pace.”

The flagship of the Clearaudio line-up is the Statement. It stands over 1.3 metres tall, weighs more than 350 kilos and is, at around $250,000, similarly priced to a Porsche 911 Carrera S. Ng explains that its initial conception was brought about by a UAE customer who could not find a turntable that provided stable operation on his super-yacht.

After some serious engineering, the Statement and its 80kg self-levelling pendulum system was deemed the solution.
“Clearaudio built it for this customer with the intention that it would be a one-off,” explains Ng. “But it soon became apparent there was a ready market for the Statement and it became a production model.” Ng confides that, as a sales incentive, any distributor who sells five Statements is rewarded with a top-spec BMW motorcycle.

“We are three down; two to go,” Ng says, sounding almost ready to zip up his leathers.