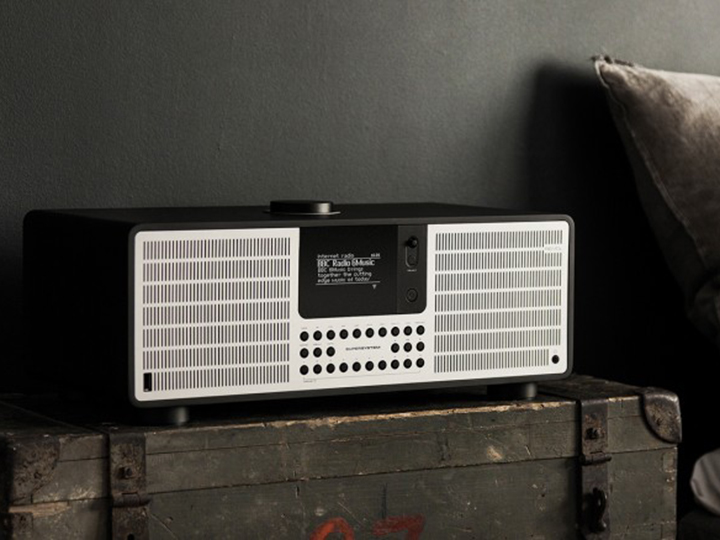 With the endeavour to have fewer wires, better sound, and less componentry, here are 10 all-in-one sound systems that sound as good as they look.

Much of the consumer audio market is driven by the promise of convenience; listeners want fewer wires, better sound, and less componentry to hassle with.

Audio manufacturers have responded to these demands with the development of all-in-one systems that stuff into a single box nearly every feature one could possibly need, such as amplifiers, speakers, preamps, and (by way of streaming) even the music source. And in most cases, all that is needed to control these systems is a simple mobile phone.

But all this emphasis on convenience doesn't have to mean a sacrifice in sound quality. Even though a small speaker will never quite match the sound quality of a full audio system, some high-end manufacturers have taken it upon themselves to get as close as possible with as little space as they can. Here we present 10 tony all-in-one sound systems that sound as good as they look. One of the most compelling features of the design is its construction from solid tonewoods, which are woods such as black walnut and mahogany that employed by musical instrument craftspeople such as luthiers for their resonant properties.

The Site:1 is fully portable, Bluetooth capable, and offers more than 40 hours of battery life. The $US460 (about $A625) handcrafted speaker can be purchased direct from Princeton Audio. (princeton-audio.com) The Bowers & Wilkins Zeppelin Wireless is perhaps the most unforgettable all-in-one system to date, not only for its unique styling (true to its name, the speaker has the elongated shape of a dirigible), but also for its equally impressive technical specifications.

The ultra-rigid design boasts two high-end tweeters and two woofers that handle the mid-range and higher end of the low frequencies. A long-throw subwoofer in the centre of the unit does a remarkable job of filling even large rooms with bass, despite its compact size.

The product is controlled by an app that works on iOS and Android devices, and it interfaces with Apple Airplay and the latest Bluetooth codecs. However, the $US700 (about $A950) Zeppelin Wireless is not a portable device; it must remain tethered to a power outlet. (bowers-wilkins.com) The simple, elegant design of the Geneva Lab Model XL belies the genuinely powerful sound it produces. Surprisingly, beneath the unassuming exterior are two full sets of three-way-driver arrays including two woofers, midranges, and tweeters for full-range sound quality. Add to that a slot-loading CD player, six class-D amplifiers, and a bevy of wireless streaming options, and it becomes clear that the XL lives up to its hype. (genevalab.com) Already legendary among music fans in the know, McIntosh has begun to branch out beyond its standard lineup of speakers, amplifiers, and preamps to products that have greater mass appeal, such as streaming audio products like the RS100 and the MB50. But its most well-known wireless product is the McIntosh McAire.

Quintessentially McIntosh in appearance — a dark box with two blue VU meters — the $US3000 (about $A4060) McAire offers all-in-one functionality, with speakers, wireless streaming from a personal computer, and superb McIntosh sound. (mcintoshlabs.com) More than just a pretty package, the Sonoro SonoroSTEREO 2 features a pair of speakers and a single subwoofer that have enough output to project a much wider acoustic range than one would expect from something so small.

The sonoroSTEREO 2 offers a frontloading CD player and wireless Bluetooth streaming from mobile devices with a remote control. It doesn't offer high-resolution audio playback, but it does come pre-installed with six "nature sounds" just in case your music doesn't set the right mood. The STEREO 2 will run a listener around $US760 (about $A1030), and can only be purchased in-store. (sonoro.de) Even the most aesthetically unconcerned audio purists must admit that the REVO SuperSystem just looks cool. It offers form and function, with connectivity to popular mobile devices, streaming services, and internet radio stations to complement its midcentury-modern aesthetic.

One interesting feature that differentiates the SuperSystem from its competitors is the use of flat — rather than cone-shaped — speakers powered by 80 watts of class D amplification throughout the system.

The front-panel OLED display makes current track information available at a quick look. The SuperSystem is manufactured in the United Kingdom, and retails for around $US700 (about $A950). (revo.co.uk) Just at a brief glance, one can tell that Devialet Gold Phantom is not simply another radio or stereo. Its otherworldly, white plastic exterior shell gives the system the appearance of a piece of advanced technology brought back from the future.

Sonically, the Phantom is something else. Devialet crammed 4500 watts into the device, which has pulsating sides that handle low-frequency reproduction with such vigor that it sounds like there are multiple subwoofers present.

The frequency response of the $US2990 (about $A4050) Gold Phantom goes from 14Hz to 27kHz — an astonishing range for any device, let alone an all-in-one wireless player. (devialet.com) Not quite an all-in-one, the NAIM Uniti Atom (announced earlier this year) qualifies as an almost-all-in-one, offering integrated amplification, preamplification, and streaming. The unit sports a compact form factor and the same luxurious styling as the acclaimed Mu-so line, but also boasts upgraded functionality and the added ability to connect to hi-fi speakers.

The streaming capabilities of the Atom include connectivity with all popular personal devices and streaming services, as well as multi-room functionality. The competitively priced $US3000 (about $A4060) Atom is one of four Uniti products due to be released in May. (naimaudio.com) To the untrained eye, the Bang & Olufsen Beoplay A9 looks like a nondescript parabolic disk resting on a tripod, but to the savvy listener, the A9 is a revelation. The device contains five power amplifiers, each individually driving one of the five speakers contained within the bass-reflex cabinet.

It can connect wirelessly to a variety of devices using Bluetooth, Wi-Fi, and Apple AirPlay, and also interfaces with popular streaming services. Featuring no visible exterior controls, the $US2700 (about $A3655) Beoplay A9 utilises an intriguing touch interface; swipe your hand across the top to turn volume up or down. Rest your hand on the top for a few seconds, and the sound mutes. (bioplay.com) Versatility is the name of the game when it comes to the Dali Kubik One, a stereo wireless speaker that offers a variety of functions and inputs in a single box. Available in a multitude of colours, the Kubik One includes RCA, USB, and Optical physical inputs, along with a variety of wireless options for enhanced convenience.

It is wall mountable, so it can function as a dedicated hi-fi setup or as a soundbar below a TV. Dali has a history of building high-performance loudspeakers, and much of that technology has been incorporated in the Kubik One, including a rigid aluminium cabinet and cones constructed from wood fibres.

It is available in a variety of colours and can be purchased from Dali dealers for roughly $US1025 (about $A1385). (dali-speakers.com)