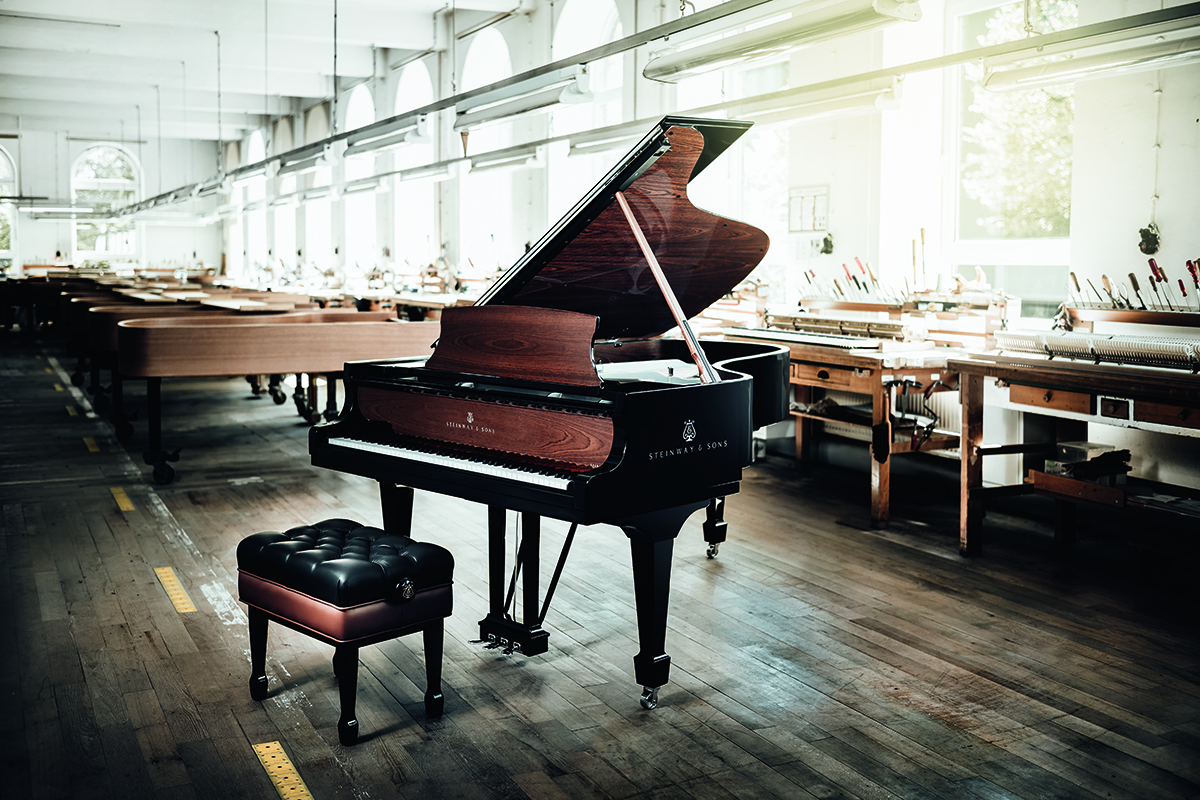 Sound Judgement at the Steinway Piano Factory in Hamburg

We got a look at the day-to-day ingenuity that goes into making one of the world’s most respected instruments.

A school-like building set in an industrial zone in the northwest of the city, Steinway’s Hamburg production centre is entirely unassuming from the outside. These red-brick walls, however, are hallowed, and the instruments handcrafted within them virtually deified in certain circles: “Steinway,” as Russian-born conductor Vladimir Ashkenazy once put it, “is the only piano on which the pianist can do everything he wants. And everything he dreams …”

C.F. Theodor Steinweg, a carpenter born in mountainous Lower Saxony, Americanised his surname and founded Steinway & Sons in a loft on Varick Street, Manhattan, in 1853. The New York premises continues to manufacture for the Americas, while in this factory, which opened 27 years later, 250 Steinways – each comprising 12,000 parts – are assembled each year by 300 craftspeople, and sent to far-flung corners of Europe, Africa, Asia and Australasia.

To tour this building is to explore the varied emotional tributaries that lead to artisanal endeavour at its best. In the timber yard, patience is not so much a virtue as an imperative. Timber is stacked with a 12mm space between each board so that airflow will season it naturally over two years, reaching a humidity content of 15 per cent; a kiln then reduces it to the optimum six to eight per cent.

Steinway shuns the use of the kiln for the whole drying process: it would massively increase production, but the quality and longevity of its products would suffer.

Steinway will end up using only 45 per cent of the maple, mahogany, whitewood and bubinga that it orders. In the case of soundboards – Sitka spruce, for superior amplification – they discard around 90 per cent, with ‘qualitats kontrolle’ duties falling on one Claus Sammann, who has worked here for 32 years. “A good soundboard is the soul of an instrument,” explains Sammann, referring to a piano’s large wooden diaphragm, to which a wooden bridge is fixed to transfer the strings’ vibrations. “We make sure the wood is faultless and fine – for example, I make sure it has the smallest possible annual rings.” 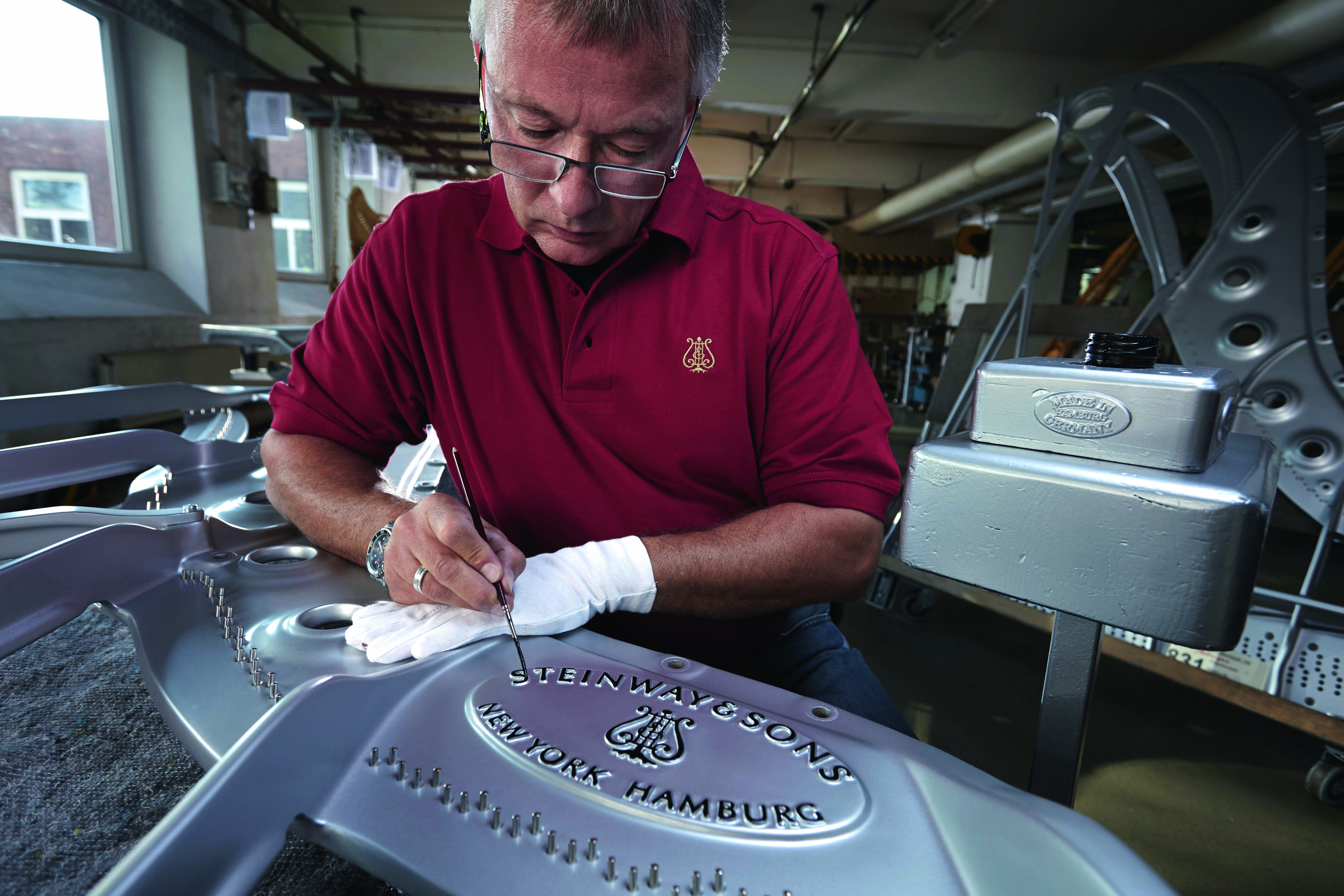 Close by Sammann, a group is working on the cast-iron plates that largely contribute to a finished concert grand weighing 450 kilograms. The plate is an entirely functional component, braced around the rim to prevent the piano being weakened by constant vibrations, yet they’re water-sanded to remove even fine scratches.

In one room you’ll find someone weighing and adjusting each felted hammer, sometimes using a small flame to tweak the wood’s cellular structure (for obvious reasons, this is the only fire allowed in the factory). In another, squinting workers wrap copper wire around steel to create the thicker strings. Further along, colleagues feed those strings through tuning pegs and wind them until a total of 20,000 kilos of tension is distributed perfectly across the keyboard. 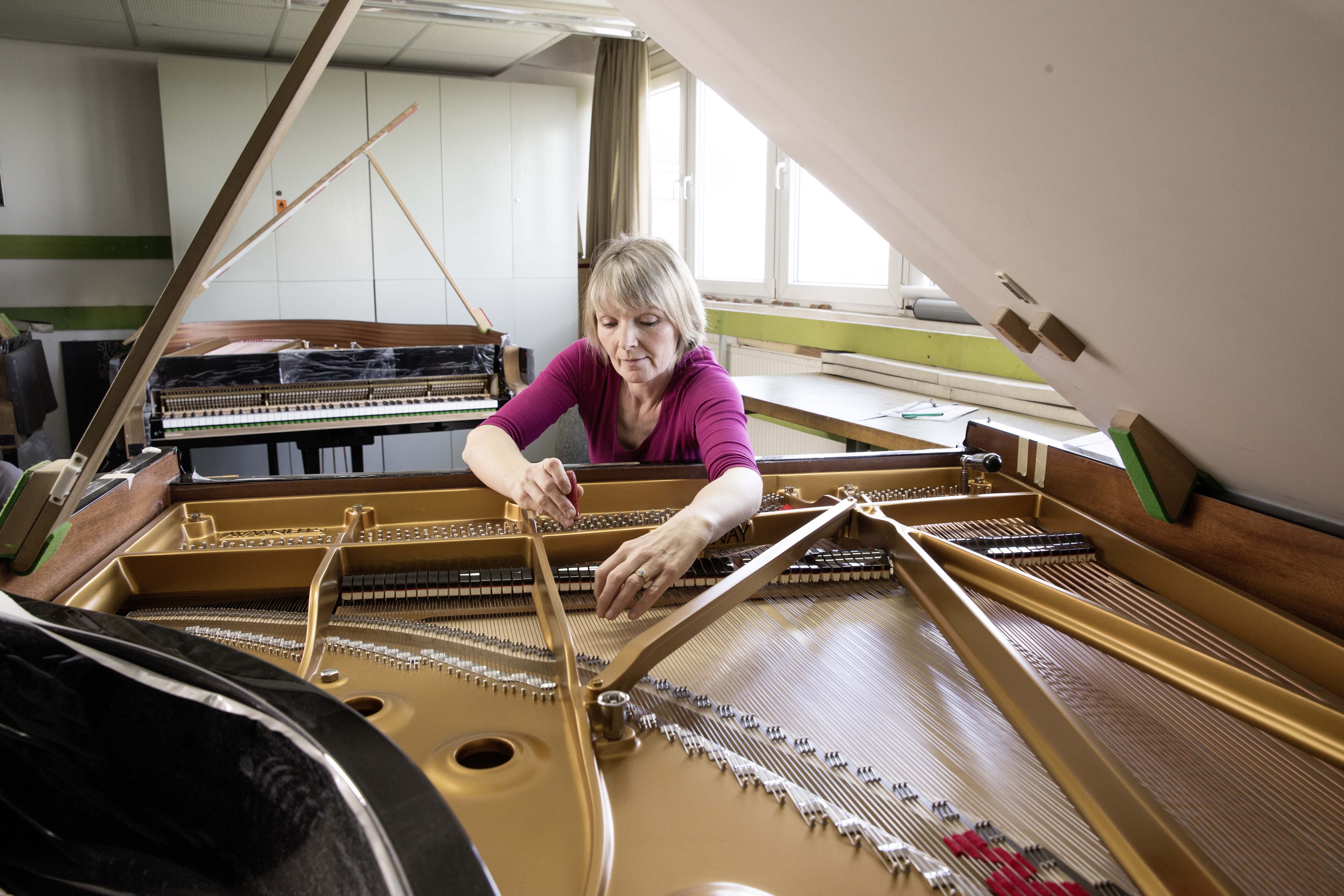 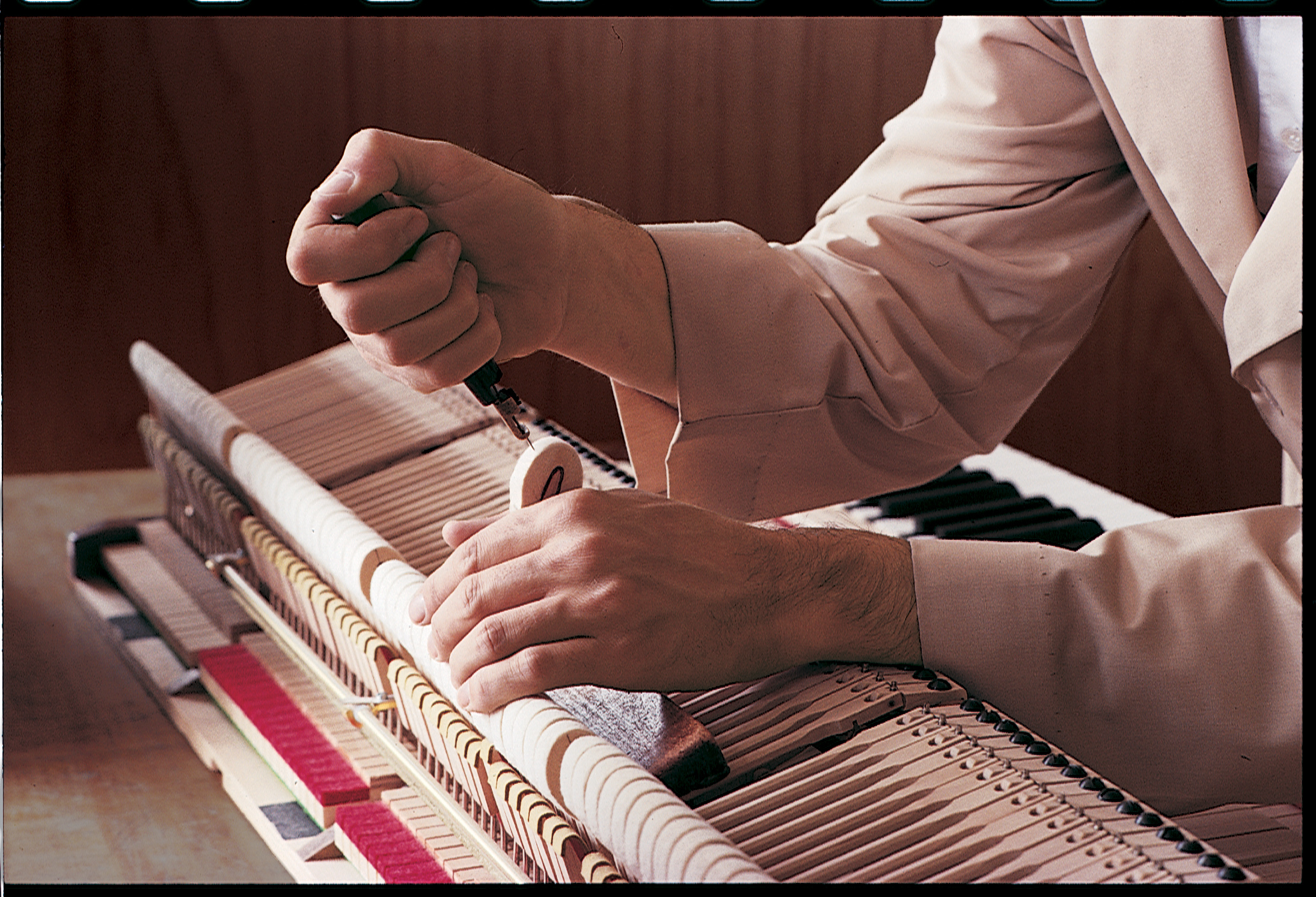 While most quality control professionals seek uniformity between a brand’s products, Wunstorf is looking to make each piano distinctive in character.

“I don’t know where or who the instrument is going on to – but I do get huge sheets full of notes with requirements for sound characteristics,” she says. “They even want specific notes on a keyboard to sound a certain way. So it’s not the key I’m checking – it’s the flavour, how the touch feels, the relationship between player and instrument and what they can get out of it. It all needs to be harmonious, and this is different for every customer.”

Wunstorf, whose nickname is ‘The Ear’, demurs when asked if she’s an accomplished pianist herself. “A musical ear is not really the most important part about this job. More important are steady nerves. I have to hit sounds all day – some of them pretty, others discordant.”

There’s little else discordant about the day-to-day activity in this remarkable production facility: one in which the visitor will soon deem the instruments being created, which can cost as much as $177,000, to be a sound investment indeed.