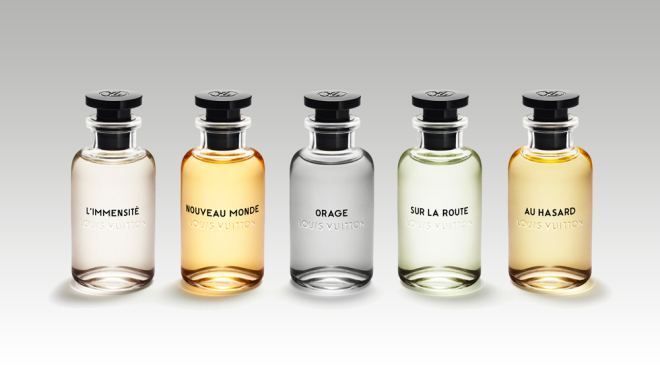 His nose has created scents for everyone from Tom Ford and Ermenegildo Zegna to Christian Dior, Givenchy, Issey Miyake, Saint Laurent, and high-end, boutique perfumers like Kilian Hennessy.

For the last seven years, Cavallier-Belletrud has been working as the master perfumer for Louis Vuitton and his latest collection of men’s fragrances, which comprises five new transporting scents: Nouveau Monde, Orage, L’Immensité, Sur La Route, and Au Hasard.

Each fragrance is created in Les Fontaines Parfumées—Louis Vuitto’s fragrance workshop in Grasse, France, housed in an old estate complete with, as its name suggests in French, perfumed fountains. Cavallier-Belletrud is a native of Grasse, which is known to be the capital of perfume making and where Louis Vuitton, along with Christian Dior, has formed important partnerships with young producers of perfume flowers in the region. 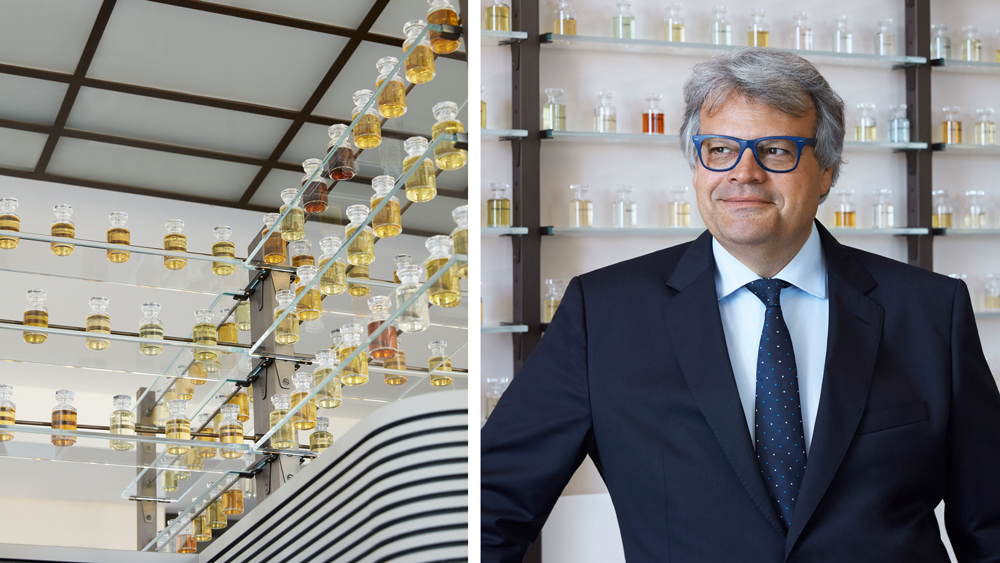 The new men’s fragrances Cavallier-Belletrud developed for Louis Vuitton are dedicated to the French house’s ties to adventure and exploration. Nouveau Monde was inspired by Pierre Savorgnan de Brazza, a famed 19th-century Italian explorer, French-nationalized Italian noble, and devoted client of Louis Vuitton known for leading the French to the Congo, ultimately resulting in the French colonization of central Africa—the Congolese capital Brazzaville is even named after him.

Brazza commissioned a Louis Vuitton trunk complete with a foldout cot to accompany him on his explorations, which became known as the Brazza trunk-bed.

To honor his legacy, Cavallier-Belletrud developed a scent that combines leathery oriental oud assam derived from a family-run farm in Bangladesh with natural cocoa extract produced on the Ivory Coast.

The latter was roused in the perfumer’s imagination by a trip to Guatemala where he savored Mayan chocolate. Mixed into these rich notes is spicy saffron, which cuts through the intensity of the oud and cocoa in this exotic scent. 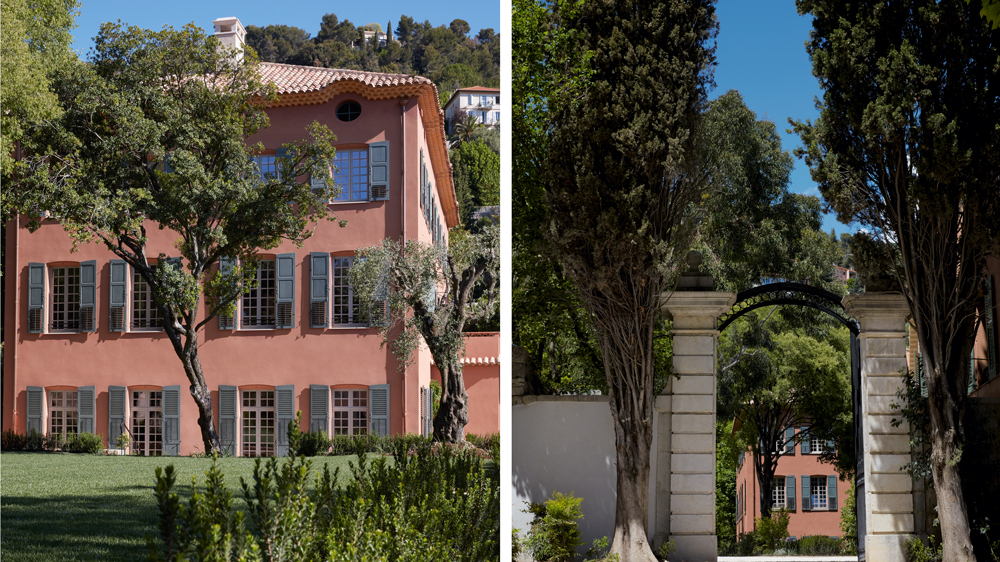 Sur la Route, or “on the road,” also pulls in inspiration from Belletrud’s escape to South America by infusing Peruvian balsam exported through Lima, which was used by the Mayans to cure coughs and help heal skin. Calabrian citrus bergamot and spicy notes of pink peppercorn and nutmeg surround the earthy heart of this scent.

L’Immensité also incorporates citrus with its sharper note of grapefruit mixed with ginger, floral labdanum, a sensual amber, and ambroxan—a substance often used in fragrances that is, curiously, found inside the bodies of whales in tropical habitats.

Au Hasard, meanwhile, uses sustainably sourced sandalwood from Sri Lanka. (Sandalwood trees have recently been vulnerable to overexploitation and pirating in certain parts of India due to the high price it commands.) The creamy, milky wood is infused with the seed of the ambrette flower, which emits a fragrance that smells like a pear mixed with an earthy musk. Cardamom tops off the fragrance with a pop of spice.

While fragrance is a matter of preference, Orage is a scent that will likely appeal to the widest range of clientele. French for thunderstorm, the scent evokes the esoteric smell of fresh summer rain dampening the earth. Soft and musky, this fragrance’s iris, patchouli, bergamot, and Japanese vetiver notes create a unique combination of fresh and earthy.

The bottles of each fragrance have been created by famed industrial designer Marc Newson in a simple, discreet bottle available in 200 mL and 100 mL sizes as well as a travel set that includes a black 7.5 mL bottle and four magnetic refills that clip into the spray bottle. A separate cylindrical leather travel case is available to carry the fragrance, for the 200 mL size and the 100 mL size, in Louis Vuitton’s Monogram Eclipse and Taïga patterns.